I biked Eliza Furnace Trail between Bates and Swinburne. With my 2.25 inch knobby tires I found it easier to bike through the fresh powder about 1 inch deep than to bike where walkers had packed down the snow. The latter created a bumpier, icier surface that made steering and balance trickier. I wouldn’t want slick 23mm tires on that trail, unless riding a tricycle, perhaps. I recommend a low tire pressure. Hot Metal Bridge is similar.

Overall, biking is slow because of the powder, but not so icy that it’s dangerous.

Bayard St / bigelow / ohara Bike lanes are still nearly impassable through most of their length.

Mostly rode in the main traffic lane. Had studded tires, but the deep snow was the major deterrent.

Pocusset trail has been smoothed and is rideable. Eliza Furnace and the Hot Metal Bridge are still covered with packed, irregular snow and very difficult at best.

As of abput 5pm, the EFT and Hot Metal bridge seem to be about the same. Packed by a few tracks and chunky, no fun to ride, possibly quite slippy.

junction hollow trail and saline st bike lanes were plowed and salted it seems. Mostly passable, some patchy snow, will be much better after a warm day or so. Watch for ice after refreezing.

Bayard lanes still suck this morning. Did not use.

Looks like an attempt to remove a lot of snow from s. millvale bridge was made, but it still had a nice bit of junk in the bike lane. Did not use.

Still the same this morning. Streets are mostly clear, PHT is as clear as any street, Eliza Furnace and Hot Metal Bridge haven’t been touched.

Got a finished 311 request (#205308) that said the Forbes Avenue bike lane was plowed by the Third Division. Anyone able to follow up on this?

Well, neither the lane next to the Museum or the lane up to Schenley Dr were plowed as of late afternoon. So I think you’re referring to the one in Frick, which I don’t know about. Hope it really is clear. <Insert apropos irritated comment about our Pittsburgh Bike “Coordinator”.>

My ticket about bayard bike lanes was closed. The lanes are still mostly unridable and look untouched. Cool.

The ticket was for the one in Oakland, maybe emailing James Hill, he’s the special assistant to the Mayor, would be helpful? This is an instance where the DPW just straight up lied.

Anybody know if the Jail Trail has been cleared?

My guess is that they’d never send someone with a shovel into the contraflow part of the bike lane anyway.

Again, where is the Pgh bike/peds coordinator?  I’m not sure what exactly the job description for that is,.

The Eliza Furnace trail is completely, beautifully clear. The Hot Metal Bridge is still untouched; I think we need a solution there.

Bayard lanes are improved. Still troublesome in some spots, but much better. I used the lanes most of the way into work today inbound. Not sure about outbound as I wasn’t paying great attention.

Totally unrelated to cycling in Pittsburgh, but walking around the campus of Westmoreland Community College, the sidewalks were bare (unlike some of the parking lot, which was merely plowed), and were clearly swept clean by a brush sweeper. Probably something like one of these.

Two large potholes on Friendship Ave, from the parklet towards Aiken. Just before S Evaline is particularly deep. Other is just before S Atlantic. Have 311’d but keep an eye out as I’m sure they won’t get to it soon.

Negley lanes appear to be clear around Friendship, but I did not ride them.  Use caution as things will melt and refreeze often this week.

Use caution at the intersection of Devonshire and Bayard. There was a break of a water main of some kind in the North-east most part of the intersection. Ice is mostly on the sidewalk but as the temps will drop, could thaw and re-freeze.

Bayard lanes are clear mostly where they are not curbside.

Should I put requests to clean accumulated snow on Ft. Duquesne, Smithfield St., and Hot Metal Bridge sidewalks. Does anyone know who to contact about these? Would someone like to meet me at one of these locations on Tuesday after the snow?

All will be moot when it starts snowing tomorrow at 5 am but north shore trail from Millvale to 30st bridge untouched. I was able to run on it. Mainly packed snow. I didn’t see ice.

From 30th to the stadiums the trail was cleared and from the staining it looks like they used salt. It still had some icy patches which were minimal on foot but be careful on a bike, especially at night. River Ave is clear all the way down.  That that if in doubt.

This time of year, use North shore roads instead of NST. It’s often only cleared right in front of stadiums and icy between. Patching clearing at best. Recommend riding in lane on 16th St bridge to E Ohio St for commuters to North Shore. Trail is not really good for bikes unless it’s a fresh snow or everything melted and is dry.

First ride of the year for me yesterday. Rode on the trail almost all the way to the Glenshaw bridge. Patchy snow/ice here and there, but passable. Once close to the eagle viewing area, no plowing at all. Knobby tires recommended. Also, the Hot Metal bridge is manageable but disappointingly unplowed. Hoping the rain and high temps wash it out soon.

As you may have heard already, this morning we closed the West Ohio Street Bridge in the Northside to vehicles indefinitely.

The bridge deck is open for peds and bikes to use, but we are making that signage now (as well as vehicular detour signs), and they won’t be up until the middle of next week. I made sure barriers were placed such that bikes can pass. 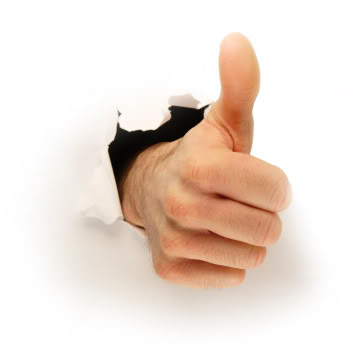 Video of Highland Park Bridge and One Wild Pl.

Use caution on South Negley Avenue southbound past Babyland. There’s a large dumpster in the bike lane and partially blocking the travel lane. I will 311 this but a call to 911 tomorrow morning might not be the worst idea.

It is poorly marked, with only two traffic cones right on the corners of the dumpster.

Why doesn’t anyone keep these things clear? Can BikePGH get involved?

Pocusset Trail has a thin layer of icy snow. I was glad I have my snow tires.
Eliza Furnace Trail is clear enough. Hot Metal Bridge is clear in some places, snowy and icy in others, especially the southern ramp.

As to why they don’t get cleared, they’re not a high enough priority yet. But we can get the city to raise their priority by 311’ing them and then contacting the council member’s office for the district the problem is in when 311 doesn’t do it. See https://pittsburghpa.maps.arcgis.com/apps/OnePane/basicviewer/index.html?appid=60e53861a0d949dcb2e6ada977de98d2 for a map.

I think that the Eliza Furnace Trail was cleared because I 311’d it last week. Didn’t have any luck, yet, on the Hot Metal Bridge, but brosha.tkacheva@pittsburghpa.gov from Bruce Kraus’s office is looking into it. Keep those emails and phone calls coming. Squeaky wheel gets the grease.

@jonawebb, Forget about getting anything done in most of the North Side! That’s Darlene Harris’s district.

I took a tumble this morning at the bottom of the Junciton Hollow trail in the Run turning off of Boundary St under the Parkway, the bike and I are OK though…basically an ice rink at the moment. Be careful out there people!

Negley lane from Baum towards Penn is half cleared. Saw the dumpster mentioned earlier; easy to see in daylight but definitely use caution at night. Friendship holes I reported were patched but some debris in lane. More holes near Howley, will 311 momentarily. Steel plates and construction on Penn at Friendship; use caution. 16Th st bridge road entry from Penn is breaking apart, will 311. Sidewalk looked clear. East Ohio lane icy and slushy. Motorists weren’t paying attention to my right of way and nearly right hooked me; suggest using motorist lane. Commons lanes not clear, don’t bother. Checked West Ohio St Bridge and it is blocked to motorists, signage going up. Really icy though. Has not been treated. Other North Side streets are generally good. I don’t trust the bike lanes today. 311 all of them, because as things melt, there will still be debris.

Went for a little ride around the East End today. Roads were wet and slick in some places, watch for re-freeze tonight.

Wilkins and Dallas bike lanes are slushy at best in most places and completely un-rideable in most, especially Wilkins.

Beechwood lanes from Wilkins to Fifth are also a mess. Uphill looks worse than downhill, but neither are really that rideable.

East Liberty lanes from Penn to Highland are also not great. Lots of potholes and cinders as well as slush. The northern side is clear-ish from Highland to Negley, but the other side is slushy and could be icy after tonight.

Walkway and steps from South Bank to Midwood Ave. were shoveled and salted. No trouble traversing today!

Everything was about the same as it was last night. Some patches were more clear, others got icier. But things should clear up today.

Liberty bike lanes, especially between 40th and Strip, have tons of debris. 311’d. Especially use caution downhill from 40th towards Strip, as there’s a good bit of debris next to the dumpster in the parking lane. Downtown Penn lanes have some debris but rideable. Clemente Bridge lanes looked clear of ice but had debris. I rode in the motorist lane, as there was a construction team on the bridge when I rode over, but they were leaving. North Shore Trail from Casino to Peggy’s Harbor was good in spots, some snow/ice in others. Rideable with caution in some areas. Should clear out when things warm. If you use the parking lot at the end of N Franklin, use the further entrance on Oxline to the lot. N Franklin is blocked off right after United Refigeration’s parking lot entrance. Manageable by bike, as the sidewalk is open. A lot of things will defrost, so make sure to 311 potholes and debris.