Now that Coffeeneuring is wrapping up for the year, get ready to Soupaneur! There are some minor changes to last year’s rules, which are published here: Please include @Soupaneur in your tweets, and Bon Appetit!

Last Saturday Vannevar and I did a pre-soupaneuring scout ride to Homestead for Soup Sega. I’m sure we’ll be going back there to try some more varieties.

Soupaneuring CAN be done in conjunction with your errands, so if you’re shopping by bike tomorrow or on Small Business Saturday you have a great opportunity to Soupaneur. Soupaneuring #1 with Vannevar yesterday at Max’s Allegheny Tavern. Einlauf soup – which I’d never heard of before (and I lived in Germany for three years) but it was very good. Sort of a hybrid chicken dumpling/matzo ball soup.

I will continue the method I started with the coffeeneuring series, first tweeting the visit, then cross posting it here. That makes it easier to keep track of my travels.

Saturday, 11/30, after the Dirty Dozen, I headed downtown, looking for soup. This would have been easier earlier in the day. By early evening, some places were closing for the day — Dunkin Donuts, for example. I don’t know if DD would have had soup, but I started there. No go. Subway in Market Square was open, but had no soup.

Next door was La Gondola, a pizza shop, and a wedding soup was on their menu. I wasn’t picky. That and a hot chocolate sounded good! I was cold! 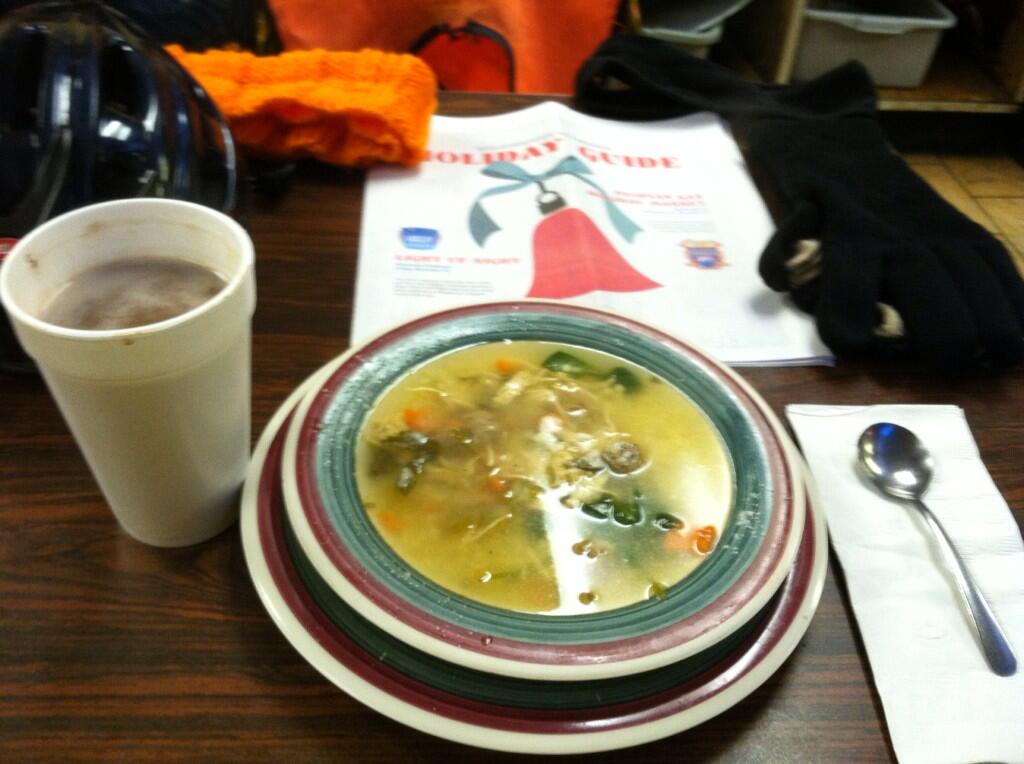