What experiment with the 40th St. Bridge?

One woman in Millvale got so sick of the city, county and PennDOT pointing fingers at one another over sidewalk maintenance, she decided to take matters into her own hands.

If you cross the upstream sidewalk, you will find her trash can. You can also donate to her expenses here. 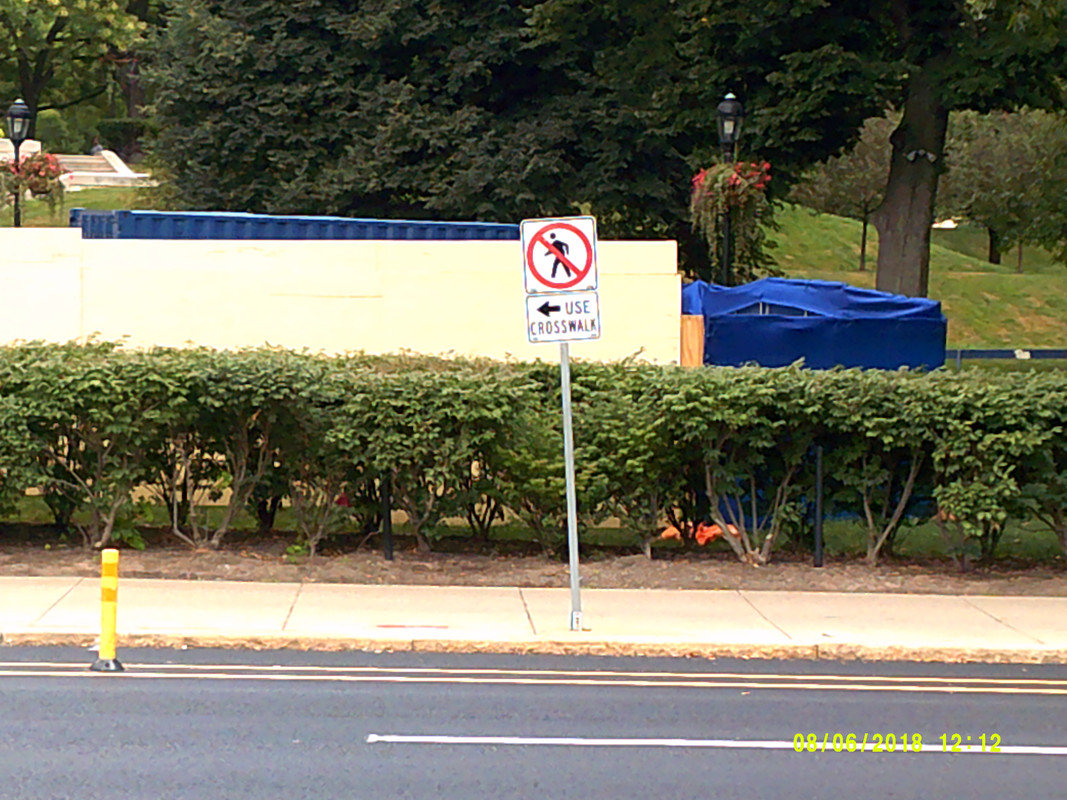 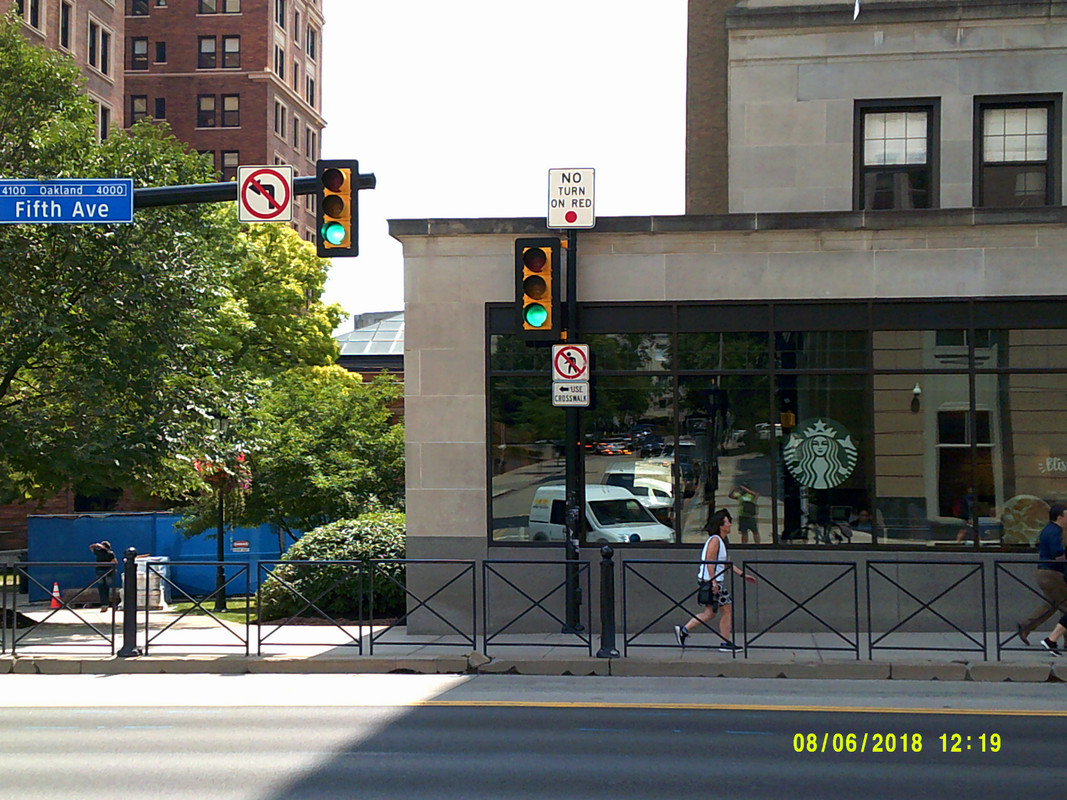 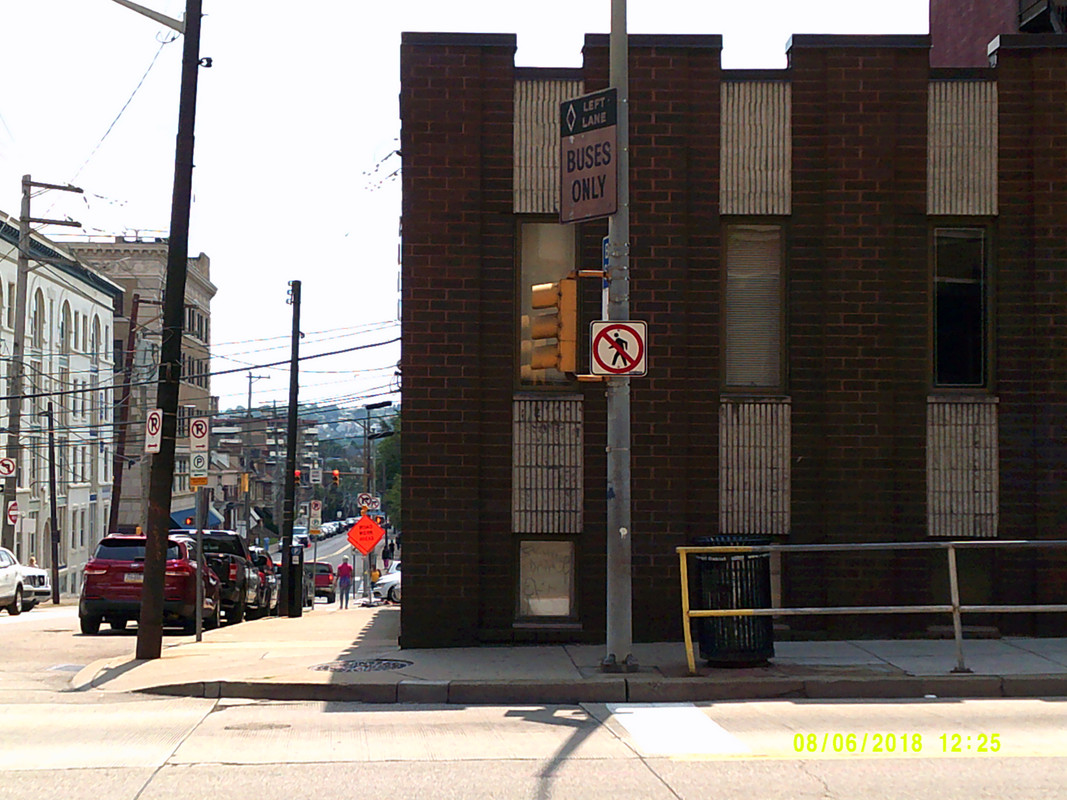 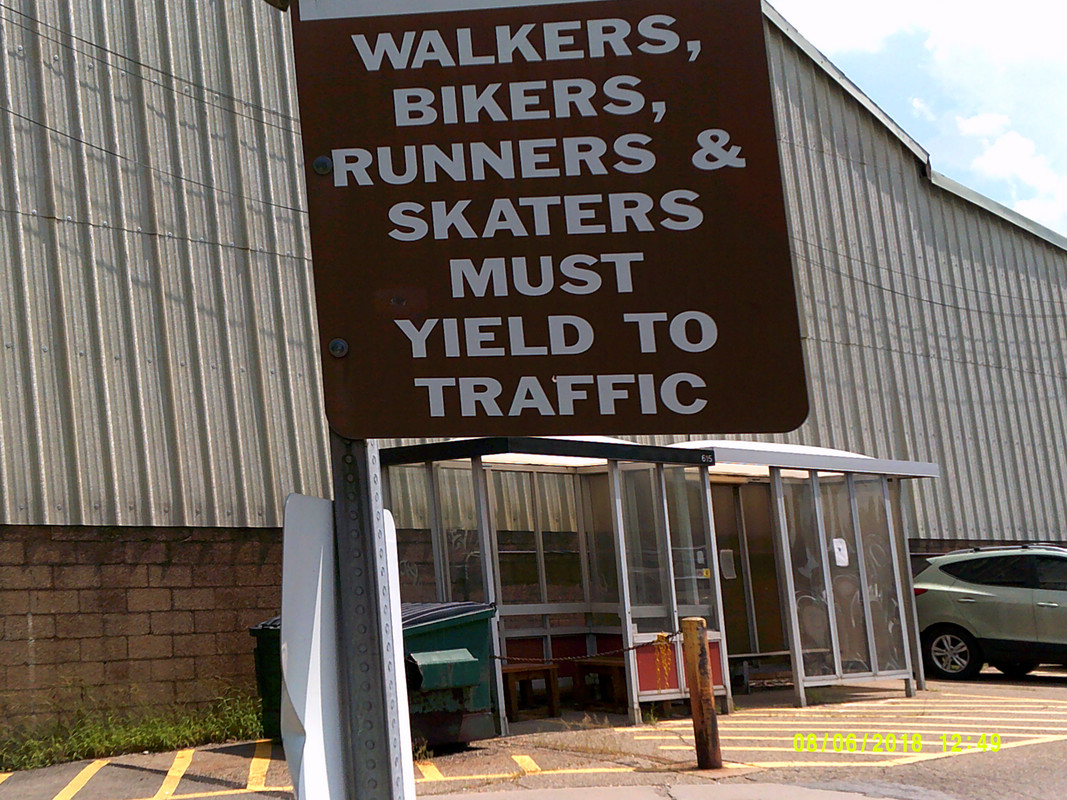 I rechecked within the past week. The corner of Babcock and Siebert in Ross Twp still has “No pedestrian crossing” signs across all four directions, quite a feat for a T intersection.

Why are there these signs in Oakland?

The situation at Darragh/McKee and Forbes/Schenley is similar. By placing a pedestrian crossing on only one side of the intersection, they can ensure that turning cars are never in contention with pedestrians crossing the wide one-way road. It’s an attempt to sacrifice some pedestrian convenience for safety.

What about this intersection in Brookville, PA

“No pedestrian crossing” signs all the way around. What are pedestrians supposed to do? Jaywalk mid-block? Why can’t pedestrians just cross on green like they would in Lawrenceville with its many traffic lights without pedestrian signals?

I just noticed this intersection is along PA bike route V.

Bringing back this old thread.

It appears as if someone placed a trash can on the sidewalk at the Aspinwall end of the bridge.

Speaking of bad intersections, I have a few.

Go to the Penndot complaint site to tell them about the trashcan on the sidewalk. If it’s not them Penndot is nice enough to pass on the complaint to the right body (Allegheny county? O’Hara? Aspinwall?) Or a lot of times they’ll just deal with it.its 200 times better than city of Pittsburgh 311.

I think someone placed it there so people would place there trash in it and not litter.

SewBr/51, note the nearby ghost bike for Emily Jancart. That spot is a hellhole.

Zach, I know that you like to explore new places but please be careful. We don’t want to do a ghost bike for you.

No, I did not see the ghost bike.

Did the rumble strips on Rt 65 in Kilbuck Township get redone since the latest Google Streetview run? This section of Rt. 65 has a wide shoulder on the north/westbound side of the road. The only problem is that there are rumble strips that fill the entire shoulder creating a death trap for cyclists. Instead of cross-posting, I will post a link here.

What’s the status of red light cameras in Pittsburgh?

Pittsburgh passed an ordinance permitting them in 2013, as required by state law. Both the state law and the city ordinance were written to automatically expire after a certain number of years, unless renewed. PA has renewed theirs, and it currently expires in 2027. The text in the website I linked above suggests that Pittsburgh’s ordinance expired on June 30, 2017. But perhaps city council renewed it and the website is out of date.

I think left turns from Zeta Dr. should be banned at all times as I was almost hit by a Jeep turning left from Zeta Dr. as I was riding south on Gamma Dr. from the P10 bus stop to Evolutionary Fitness in the dark. Also Installing a sidewalk on Alpha Dr. from the end of the bridge over Rt. 28 to Gamma Dr. would be nice given the worn in footpath here. Crosswalks should be painted across all three approaches of Alpha Dr. at Beta Dr. as well.