Non FB link for those of us who refuse to use social media.

From ancient Rome to modern Atlanta, the shape of cities has been defined by the technologies that allow commuters to get to work in about 30 minutes.
….
The city on foot: 800 BC-1700 AD
…
The city on rails: 1840s-1950s
…
The city of bicycles and streetcars: 1880s-1950s
The invention of bicycles and electric streetcars provided such an alternative. The “safety bicycle,” which began supplanting towering “high-wheelers” in 1885, allowed any reasonably physically fit person to travel considerably faster than on foot. The first electric streetcar system entered service in 1888 in Richmond, Virginia, and the technology spread at the speed of electricity.

In practice, streetcars and bicycles could cover about 4 miles in a half-hour—much slower than the steam railroads carrying executives to their semi-rural estates, but much quicker than the horsecar and the human pedestrian. Suddenly the city itself was no longer limited to a few square miles, and developable areas grew exponentially. A walking city 2 miles in diameter covered only a little over 3 square miles; a streetcar city 8 miles in diameter could cover 50 square miles.* It was the first great mass-market suburban boom.
…
The city underground: 1900s-1950s
…
The city of the expressway: 1950s-present
…
The city of the future
…
[I think the author is closeminded and myopic in his conclusions…]

For a century, we lived off the legacy of rapid innovation. It allowed our cities to grow exponentially and, therefore, the cost of our housing to decrease dramatically. But we’ve now pretty much burned through the benefits of these gains and there aren’t obvious technological saviors on the horizon. We must make do mostly with building up and densifying the urban areas we already have. As transportation goes, so go our cities.

Alas the DaVinci exhibit at the Carnegie Science Center has moved on. But I got to it. One item of interest was Leonardo’s Bike (pics from my visit below). 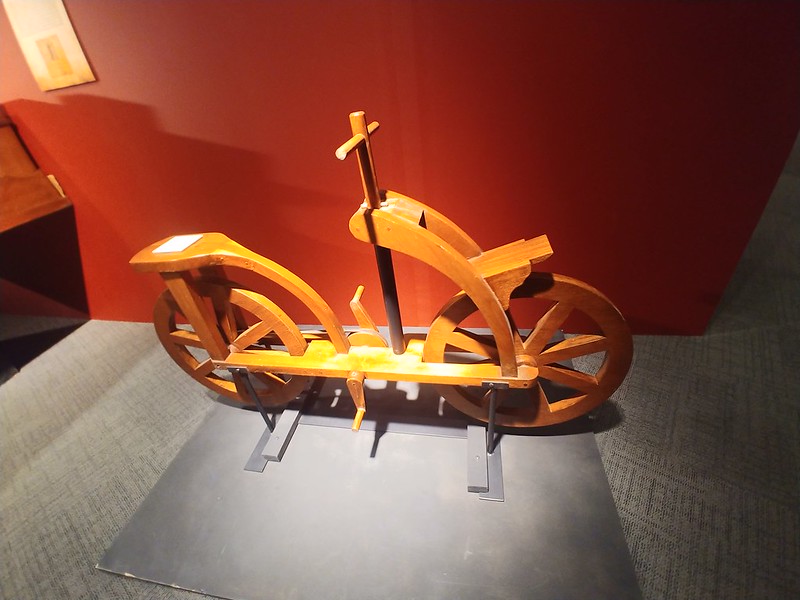 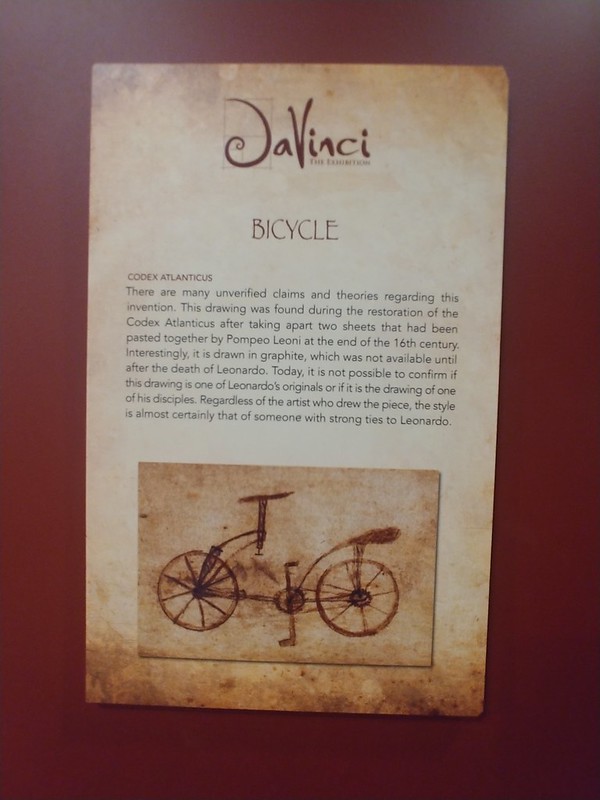 As you see there is some mystery and controversy regarding this item. Below is more info on the intrigue:

from what I could tell from a cursory google search is that the davinci bicycle is a forgery.