A new sign saying something like that is hanging up right near pizza sola in east liberty. Wondering if they are anywhere else along the sharrowed roads?

On the under-construction portion of Penn in Garfield/Bloomfield there are signs that say “Bikes may use full lane,” which is nice.

Stef, there’s a “bikes ride with traffic” sign near Schenley Plaza, where the bike trail running from Phipps to the Library terminates. 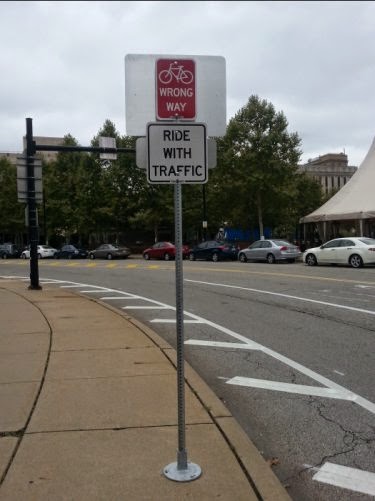