I plan on being there, but will have to travel via car (with bike) due to time constraints.

jonawebb, FYI the water tower is gone. it was torn down about a month ago.

@stu: I gotta call BS on your post: “I cannot condone violence, but it’s things like this that causes people to send rocks with a note attached through municipal windows.”

Then don’t suggest violence. If the role was reversed (as it has been) and someone wrote an LTE proposing violence toward cyclists (but weakly prefacing it with “I don’t condone, but…), we’d all be up in arms.

Bump. This is tomorrow. Please come if you can.

“[Taylor’s mother Beth Ann] Banks said she is “frustrated” that she doesn’t have answers about her son’s death. The name of the driver has not been released, and the cause of the crash remains unknown one year later.

But Beaver County District Attorney Anthony Berosh said the wait has not been in vain. Berosh said investigators are waiting for an accident reconstruction report to be completed by the county detectives bureau. Results are expected in early November.

“I’m very optimistic that we will have an answer in the next two weeks,” he said.

Accident reconstruction, unlike other investigations, requires a certified specialist to analyze information from the crash before the district attorney’s office decides if — and what — charges should be filed, Berosh said.

Limited resources and funding, coupled with the potential for car crashes to happen at any time, create a backlog of accidents in need of attention. Berosh said past accident reconstruction reports have taken up to 17 months to be filed. Each report requires investigators to put off other duties they have in their department.

“We just don’t get a break when it comes to these deaths that result in automobile accidents,” Berosh said.

He said more resources need to be put toward funding and training for specialists, but he maintains that a conclusive investigation is crucial prior to filing charges.

“We just don’t get a break when it comes to these deaths that result in automobile accidents,” Berosh said.
Uh, what?

@edmonds: I caught that too, and was devoutly hoping that it was a transcription error.

“We just don’t get a break when it comes to these deaths that result in automobile accidents,” Berosh said.

I think this is just a poorly constructed sentence, spoken on the fly during an interview. What I believe he meant to say is something to the effect, “…deaths that result from automobile accidents.”

Of course, some of our detractors probably like the sentence in its original state.

Thanks to everyone for coming. I think it went wonderfully. We had 50-60 riders, about half cyclists and half motorcyclists. The motorcyclists led the way, and blocked intersections for us. They were very kind and respectful. We rode through Monaca, Rochester, Bridgewater, and downtown Beaver, with members of Taylor’s family. Beth Ann have a very moving and pointed speech about justice and safety on the steps of the Beaver County Courthouse to us and the press.

I’m fine with the speaker having a mis-speak on an off-the-cuff interview comment. One would have hoped that the “journalist” on the story would have had the same “uh, huh?” moment that I did.

The Beaver County Times story on the ride: http://www.timesonline.com/news/local_news/cyclists-remember-taylor-banks-during-memorial-ride/collection_e1007bf4-80f5-11e5-a6d6-3f5ee24c40c5.html

Photos from the October 31 ride from Monaca to Beaver. 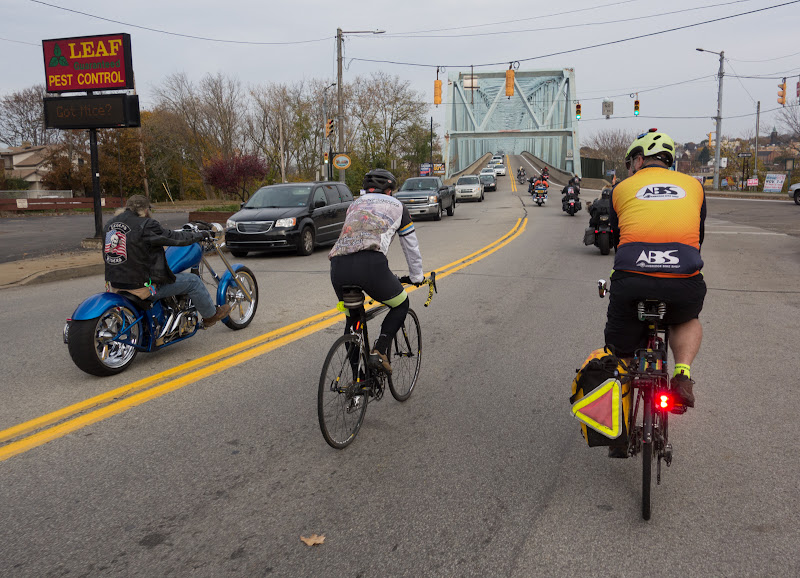 Motorcycles served as traffic control to protect the bicyclists. 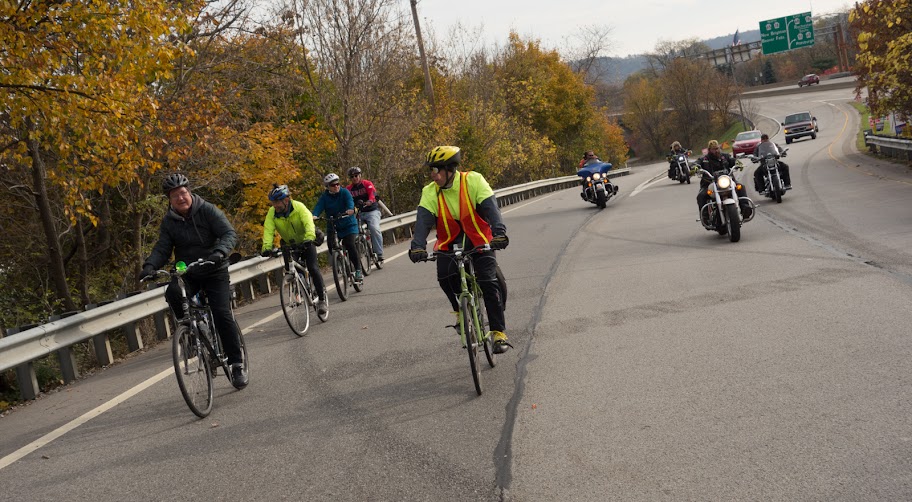 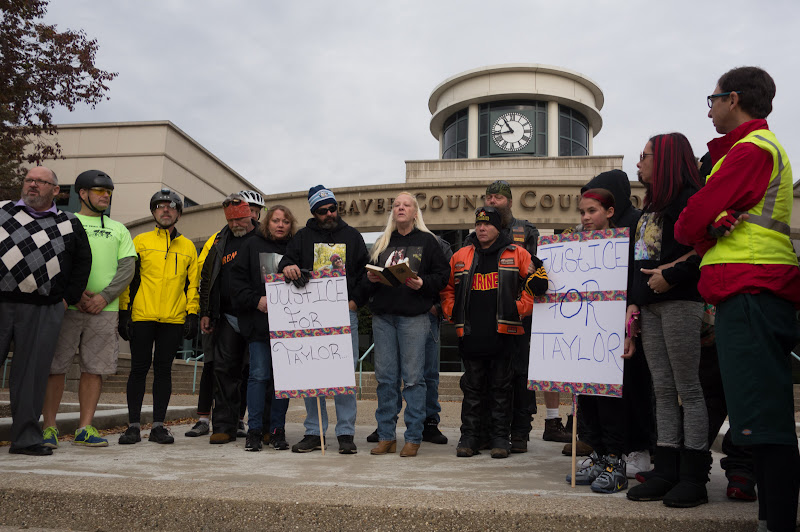 Follow-up on the death of cyclist Arthur Bell on Aug 6, 2015 from the police report.

On 2/01/2016, two traffic citations were filed against driver, David Walls.

The first citation, C2880375-1, is for PAMV 3714b Careless Driving resulting in unintentional death.