I’ll be adding a few photos from my cell phone camera of the action on Canton first, then camera shots from Logan in Millvale later. 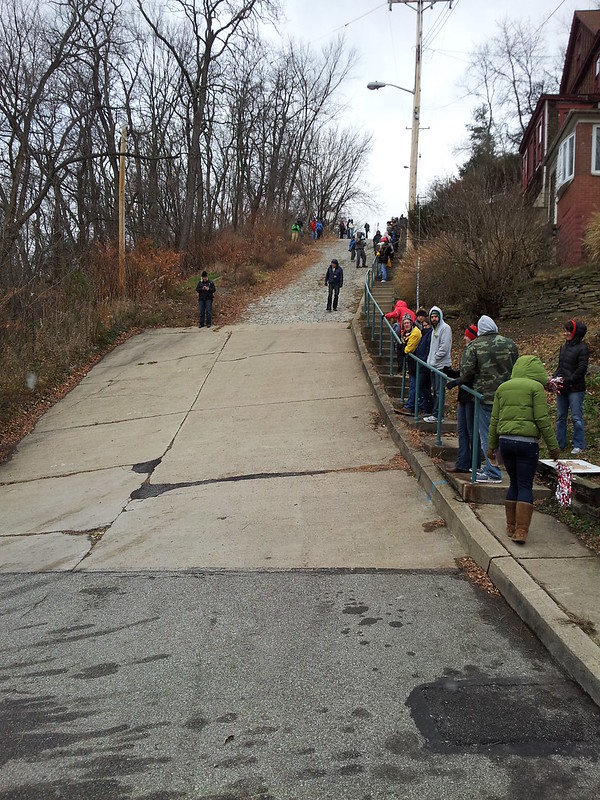 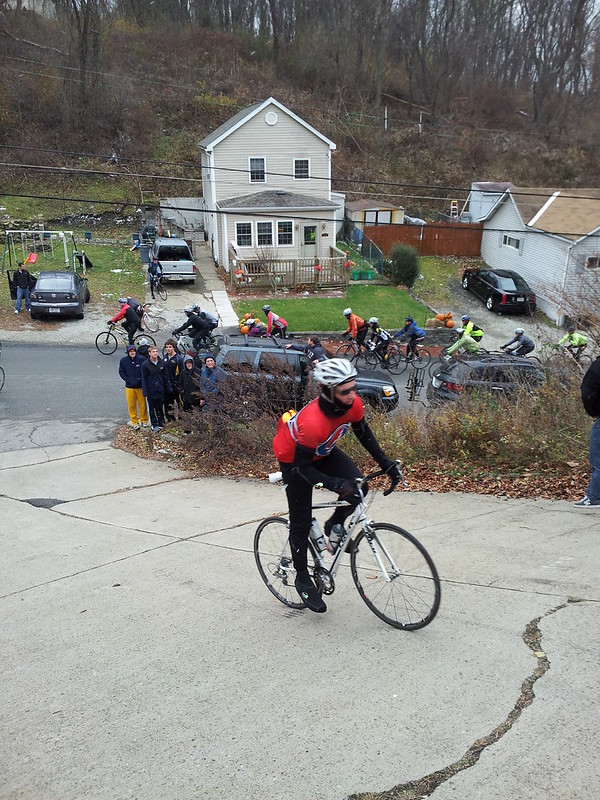 Dang, why am I getting just links, and not thumbnaiils here?

I realized that after the first few posts, which is why I stopped posting here.

Will let everyone know when the shots from Logan are also on Flicker.

Should be able to see them at:

Great photos! Congratulations to everyone who participated in this year’s Dirty Dozen event. It is really cool that Pittsburgh is the home of this event.

Photos are nowhere near great. But, I am sure that there are some people who will get some enjoyment out of seeing themselves, or seeing friends “in the act” of climbing either Logan or Canton.

Camera was VERY sluggish in the cold on Logan. I missed a lot of shots waiting for the shutter, while others are no longer in sharp focus due to the delay. Sorry about that!

Images are actually somewhat sharper on Canton, where I was using my cell phone camera, which was easier to keep warm.

I really appreciate them, thanks.

A friend of mine also took a few photos:

I love seeing all these photos! I’ll be posting some photos my wife took on Boustead hopefully tonight.

Just found these online too – local photographer was getting some nice shots:

My photos from Bicycle Times: http://tinyurl.com/bnvqfc7

I love the baby, the shot with the white bike at the bottom, and Stef’s facial expression combined with the woman in pink behind her

That was 1 of 4 or so failed attempts before making it up. I took my heavy gloves off right before succeeding.

my favorite is the dude with the giant beard on canton!

@HV: did you notice that some of the spectators at Holt-Eleanor were cheering you on as “Beard Guy”?

@dan – i did notice, and i yelled (tried to) out a thank you for setting them straight as to my name. seriously, it’s like a scarf that i never have to take off! highly recommended for everyone!

Ah so you’re that guy. Impressive.

Here is a video of her confirming that she

can outclimb most of us. 11 months old.

steevo-that video is fantastic! What a girl! (I think I sounded very similar at the top of Boustead:)

I hope she has a balance bike already..