From Twitter: Do people stop more often after hitting animals or people? MT @AGZimmerman Aftermath of hit-&-run at Fifth & Neville. 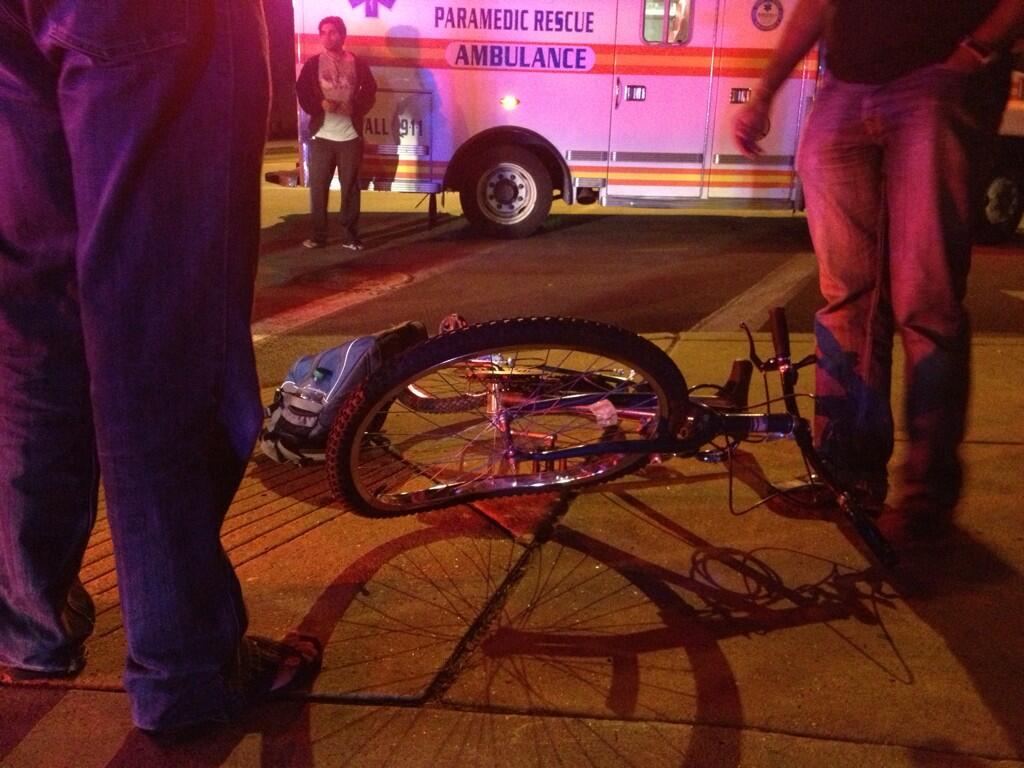 Does anyone know anything about this?

This apparently got some coverage on WPXI here. Details scant.

At least I think it’s the same wreck.

Interesting that the original location (per the URL) said North Point Breeze, but the headline now says Oakland.

Ever notice how many problems are around that 2AM time? If you have to ride at that time all I have to say is wear a mirror. It is WAY more important than a helmet. You need to watch the drunks behind you.

At 2 am, I assume that any driver is falling down drunk. I might be wrong sometimes and I’m OK with that..

These hit and runs are really starting to take off

If only someone could invent an invisible paint, radioactive marker, or some kind of scent that would be released when a car hits a bicycle with such a protective feature… some way of marking the driver for the purpose of identification. I’ve been brainstorming this all day, but I’ll just share my thought in hopes that someone else might actually come up with something.

Pierce wrote:These hit and runs are really starting to take off

@pierce: they’re really taking off in comparison to what? Can you provide any context whatsoever or historical data to back up your open-ended and noncommittal assertion?

@quizbot: I thought it was just a bad pun. I mean, a really, really, insensitive, shitty pun making light of people that have been hurt or killed, but a pun nonetheless.

That statement was 95% pun

As a victim of a variety of hit and runs, I think I have the right to make a bad pun about them. Also, the guy only suffered minor injuries

Despite Quizbot’s “where’s the statistics!” remark, hit and runs are increasing. (No doubt about that right? cause it’s plain addition)

I think as cyclists increase, so will the number of hit and runs. And rather than approaching every accident as a somber realization of the society we live in and a time for reflection, I’m going to take the CSI-pun-off-the-top-of-the-scene approach.