Incognito still lets the site set cookies, it just deletes them when you close all the windows, so make sure you do that occasionally.

Also, if you have the money: consider subscribing. They really need our cash.
I know this isn’t an option for everybody, but it’s $10/4 weeks of digital subscription.

Benjamin Soltesz wrote an LTE to the PG that began like this “This is a plea to cease publishing letters to the editor pointing out singular acts of idiocy in regard to drivers, bikers and walkers (such as “Unsafe Cycling,” May 15).” http://www.post-gazette.com/opinion/letters/2017/05/16/Drivers-bikers-walkers-Can-t-we-all-just-get-along/stories/201705160019/ The letter was pretty good, but by saying that drivers/cyclists/peds are all equally guilty of unsafe behaviors, he created a false equivalence. Jon set him straight in a comment:

“I appreciate the tone of this letter. But there’s only one class of road user, i.e., motorists, that regularly puts other people’s lives at risk. So, while we all should be more aware of safety, it’s motorists who have to do better. And that means enforcement of speed limits (Pennsylvania is the ONLY state that doesn’t allow cities to use radar) and rules against cell phone use while driving (which should be strengthened).”

The Consumers Produce building, on 21st at Railroad, has been sold to Brooklyn-based Midwood.  Consumers will stay on site for at least five more years.

Noting the specialized nature of the building, with its refrigeration units, high ceilings and dock bays, Brad Totten, the managing director of the Pittsburgh office of Avison Young… [said], “They made a big investment to build that…I don’t see somebody buying that at that kind of price [more than $8.2 million] and doing apartments.”

What’s happening around the Consumer Fresh Produce site makes it hard not to wonder if the property could be in for future redevelopment.…[in addition to the Cork Factory and Buncher site apartment complexes,] Rugby Realty Company Inc. and Al. Neyer are formulating plans for a new office project on nearly 4 acres at 21st and Smallman.

Chuck Hammel, principal of Strip District-based Pitt Ohio Express who helped spearhead the Cork Factory Lofts redevelopment as well as others in the Strip, said he thinks a diversity of of businesses and uses are good for the neighborhood. He added he hopes to see Consumer Fresh Produce to continue to operate there.

“You wonder how difficult it will be for them to operate there once the Buncher [Co.] property and the Rugby property are developed,” he said.

(The Consumers building of course stands directly on the Strip District Trail.  If it does get redeveloped, it will imperative to force the trail to be respected and either kept open or rerouted, as Trammel Crow has promised to do with their impending project at Station Square, and not merely close it and ignore it as Buncher has done next door.  This will be even more important if the property on the other side of Railroad is being built up as well….)

Losing the Consumers building truly would be a tragedy… 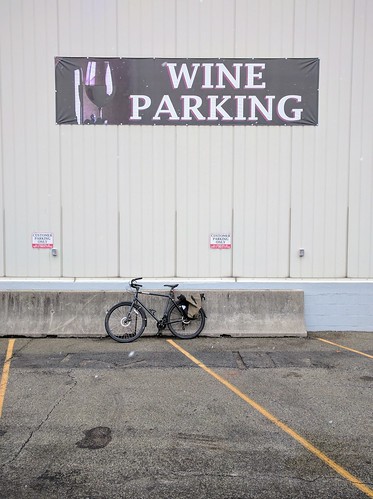 (saw it on the local TV news, but can’t seem to find any linkable stories on it)

He’s joining a construction company. Michael Baker.   Cashing in on the private side after working in public service.  Don’t blame him. The salary I bet is an order of magnitude bigger. You can’t pay government workers crap wages and then also complain about how the smartest people aren’t in government.  Ok, I guess you can… (:

PA looks at increasing passenger rail between pgh and Harrisburg.

I was just reading that & was about to post it in the Amtrak theead.

Beaver County Times reported a car-on-bike crash yesterday, but most of it is behind a paywall.
barest info in a tweet
If anyone can properly retell the story, please do.

From the Beaver County Times Online:

Cyclist, 17, dies after being hit by SUV in Big Beaver

Police are investigating after a teenage bicyclist was killed Monday in a collision with a car along a borough street.

According to state police, the 17-year old male cyclist, whose name was not released, was struck by a vehicle as he tried to cross State Route 18 near the intersection with Old Wampum Drive in Big Beaver. He was first taken to Ellwood City Hospital and then flown to UPMC Presbyterian in Pittsburgh, where he later died.

Emergency responders were called to the scene at about 4:45 p.m. Monday for a report of a child struck by a car.

A state police accident reconstruction team was called to the area at about 7 p.m. and began to assist in the investigation.

A red sport utility vehicle at the scene had front end damage as well as a shattered front windshield. The driver of that vehicle was also not identified.

“Cars drive very fast on this street,” she said.

Poor comma use makes story more exciting than it is

An interesting development. I think they must mean “bike trail” and not “bike lane,” but this was a surprise.

The Allegheny County Health Department has reached a settlement with a steel company over emissions violations at its Harrison Township processing facility.

The department ordered Allegheny Technologies Inc., to pay a $50,000 fine to the county’s Clean Air Fund and allow some of its property to be used as a bike lane along the Allegheny River.

Maybe it’s a bike lane. There’s a road, “River Road” along the Allegheny there.
https://goo.gl/maps/EFmAApH5ryj

There’s also a segment of the Three Rivers Heritage Trail in Tarentum, just downriver–I haven’t been on it, but I saw signs for it on the way to and from the Freeport-Butler Trail–so I’d assumed this was to be part of an extension of that….

I do find it mildly ironic that part of the remedy for air-quality violations is to give more people access to breathe that polluted air.

Two bike-related articles in the Pitt News this week:

Bus ways and bike lanes: Navigating Pittsburgh without a car

Biking in the ‘Burgh: a guide to bicycling on campus

Plus article uses the A word.

On the 16-17yo drivers, I’m reminded of this thread from a few years ago.

It appears the 16-year-old male was traveling down a hill and struck the truck.  The teen was flown to a Pittsburgh hospital with a leg injury, but it is not believed to be life-threatening.

No other information has been released at this time.

“Township staff members recommended forming the committee to explore and pursue the connection of Upper St. Clair’s trail system at Boyce Mayview Park, along with Fairview Park in South Fayette and the Charter Homes development planned for the site of the former Mayview State Hospital, to the Montour Trail.”

About that Upper St Clair effort: a more ambitious Chartiers Creek Trail was discussed back in 2002: http://triblive.com/x/pittsburghtrib/news/pittsburgh/s_84450.html . I don’t see why it shouldn’t run all the way from McKees Rocks to Washington, PA. Follow the rivers!

A 12-year-old girl on a bicycle was injured after a collision with a state police vehicle in Cranberry on Thursday morning. It happened on Bayberry Lane around 9:30 a.m.

According to state police, the girl was coming down a hill when she lost her front brake and couldn’t stop. She collided with an unmarked state police vehicle, driven by an on-duty detective.

Cranberry Police say the girl was wearing a helmet. She suffered a head injury and some scrapes.

She was taken to Children’s Hospital with moderate injuries.

The headline of course doesn’t mention that 90% of that will come from PennDOT via a grant that City Council will vote on tomorrow; the City itself will only spend $82K.

As much discussed at http://www.bikepgh.org/message-board/topic/joncaire-street-steps-slated-to-be-rebuilt/ and elsewhere, the project is much more than just a replacement of the existing staircase; the steps are to be widened, the lighting replaced, and a runnel added as well.  It is interesting that the cost has apparently doubled in the last four years….

No idea where to put this. Vaguely bike related.

PG Article on upcoming changes to the “moat” road around Allegheny Center:

A Pro-transit, Pro-bike piece from the PG’s Brian O’Neill http://www.post-gazette.com/opinion/brian-oneill/2017/06/18/Brian-O-Neill-Pittsburgh-needs-better-ways-to-get-around-Port-Authority-Spine-Line-plan/stories/201706180059

Delicious Trip
Five years ago, Justin Severino started an annual tradition with his three best friends, dubbed the “Bike Bro Mountain Bike Trip.” This year, the group shredded through Appalachian trails, making their way from Pittsburgh to Asheville, N.C. During the trip, Severino cooks up a legendary and massive selection of meats for his cohorts. The trip is so delicious that it caught the attention of Red Bull, which this year documented the biking, banter and cooking from start to finish. by Teghan Simonton

LTE in PG today, where driver asks, “if I’m running late to my medical appointment and it’s raining, why can’t I drive on the bike lane in Negley Run Blvd?”

My neighbor got busted in the bike lane during a downpour with gridlock W- wash Blvd and was bitching about the same thing after a ticket.

If you substitute “sidewalk” for “bike lane” you have your answer.

Jon Webb wrote some good responses to that Neanderthal “let me drive in the bike lane” letter.