Regarding Pgh status in bike world I’m in Boulder for a few days and when I was renting a bike the store manager said “Pittsburgh – that has a really up and coming cycling community doesn’t it?”

Not exactly a bike article, but portions of Bigelow and Baum Blvds in Bloomfield and Oakland to have major work done to them:

The official detour is Liberty Ave, so expect more traffic there. Also, expect more drivers through the Melwood/Gold Way route in Polish Hill

I consider the stretch for Junction Hollow to Neville to be one of the most dangerous roads for biking. I’ve been nearly hit quite a few times…yeterday I was harassed…”why don’t you move over” from a driver passing me within a foot…too bad my video camera was off at the time….and there are Share The Road signs…its used as a short cut and cars speed through the windy road…the speed limit should be 15mph and ENFORCED…putting a bunch of sparrows would be good as well…

I wish the city would at least put sharrows on this street unless there is a better alternative. Really wish that drivers wouldn’t be using this as a shortcut to escape Oakland to reach 5th ave during rush hour.

@ig: “putting a bunch of sparrows would be good as well”
I like this idea. Sparrows would be a great way to get cars to move over. And then when a bicyclist came by they could chirp and make way.

I can think of a better use for sparrows. 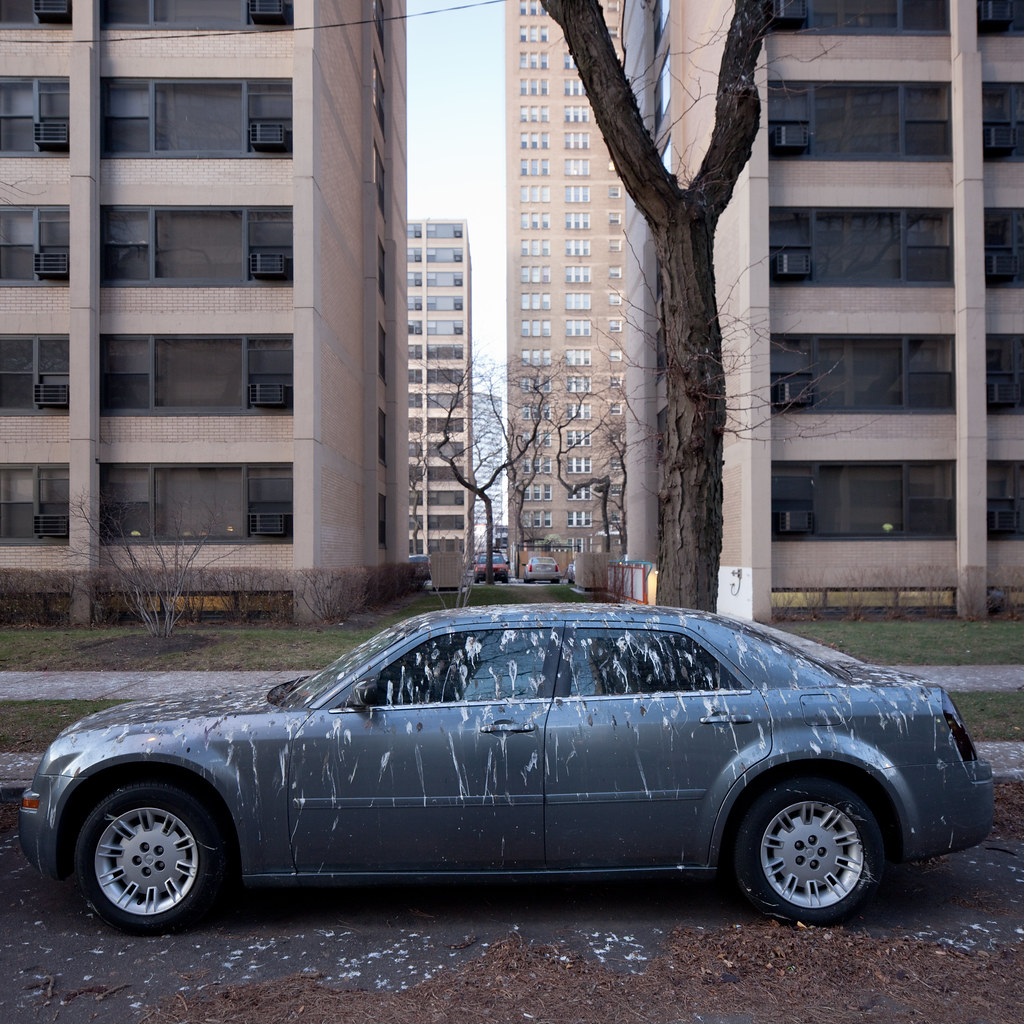 That would slow traffic…maybe even deter use of that coridor. The Society of Ornithilogical Research in Engineering in conjunction with NACTO has been proposing creative uses of our avian friends… RR you must have seen their Scatalogical Deterents in Traffic Queing Theory: Avian Dive Bombers. We’ve seen how the Eagle Watch Area on our trail has cautioned bikers to slow down. …SPARROWS is another SORE project… SPARE the ROAD; the goal is to calm traffic and limit loading on the surface…by creating SPARE ROWS© ..rows of differing qualities…density..color…
texture… in order to calm traffic. And spare the road from harm….this is being done on some roads that have been plagued with a
water trucks, etc. where hydraulic fracturing is occuring….I think this would a great place showcase these project…given PGH is home to the National Aviary…..sorry for the confusion…I thought everyone knew about this…It was in The Iguana Times.

Could be pigeons scared s#%}less during nesting season at the Cathedral of Learning. I agree that cars on Neville can be problematic. It is definitely a take the whole lane and nothing but the lane street. A few speed humps with flats for cycles like Gold Way might help.

Like many here, I’ve had my fair share of close/downright retarded passes on Neville. I used to be too nice about it when I was going uphill on this road, and moved over to the right if I was taking the lane and thought the driver behind me had a safe opportunity to pass. It didn’t take long for me to realize that, while the first driver would usually pass safely, the driver behind would simply follow the other car without assessing if it was safe to pass.

Nowadays, I take the lane and stay there. I could care less if the drivers behind me are, as my dad says, “late for their mom’s wedding”. Though, like Neil says, some speed humps on this road would be nice to calm traffic down.

Raves: Mountain bike leads man on adventure of a lifetime

If only those Party Pedalers would follow the rules of the road!

I rode by a Party Pedaler starting point this past week-end, somewhere in the Strip, I think… The client were pumped.

I read the article and now I’m curious:
I understood that a container from Asia to the USA (Long Beach / Tacoma) would cost ~$200. Even accounting for not getting bulk discounts, and maybe with special handling, why would it cost $11k to ship something from, say, Rotterdam to Newark? Air freight to Pittsburgh would seem more like it.
Inquiring minds…

On Tuesday, May 12, in Market Square there were these green pod looking wheeled conveyances that apparently were being tested. I only saw them in passing, anyone take a closer look? Originally, my first thought was that they were pedal driven, but they may have been electric micro cars.

Saw one yesterday PM coming up Liberty towards the Bloomfield bridge intersection. The guy was in the bike lane passing stopped card. I was riding in the opposite direction and didn’t pay close attention to how it was powered.

JZ / RainbowDog: I wonder if they were ELF’s?

My 2 cents added to both of the above linked articles.

saw that story about Hickory. wtf?

@Vannevar might have been an ELF, looked similar to that.

“Autopod” is a CMU startup drawing on Sayle Service to get their first mini-fleet up to speed.

Are there any regulations in Pittsburgh in terms of what is and is not allowed on sidewalks/bike lanes? I know in some places, for example, they don’t allow hybrid/electric bicycles in bike lanes (hopefully this isn’t the case in pittsburgh since that is a nice option for hills). I wonder how something like those autopods would be classified. Some of the pictures they have online show them going on sidewalks, but it takes up the entire sidewalk.

Pittsburgh regulations seem to just defer to state regulations, except for some rules for bike messengers.

For the state’s rules, the first step is to determine which category the vehicle falls into.

Perhaps it’s a “pedalcycle with electric assist.” That’s a “vehicle weighing not more than 100 pounds with two or three wheels more than 11 inches in diameter, manufactured or assembled with an electric motor system rated at not more than 750 watts and equipped with operable pedals and capable of a speed not more than 20 miles per hour on a level surface when powered by the motor source only. The term does not include a device specifically designed for use by persons with disabilities.” It’s treated as a type of bicycle, so it would be allowed anywhere a bike is allowed, I think. (The general rule for bicycles in PA is they’re allowed on sidewalks except in business districts, unless a sign says differently.)

@Vannevar The color looked similar, but I don’t think they were “Autopods”, though I could be mistaken. Closer to ELFs. Apparently, that green “colorway” is the de rigueur uniform for pod-like wheeled carriages. I wish I would have made time to take a closer look, it looked like people were taking them out for test spins around Downtown.

Rode past what looked like an Autopod (or maybe a reasonable facsimile thereof) on Murray yesterday. The first thing that struck me was visibility: those suckers look big. And with the rights colors they’re likely to be more visible to motorists than your regular biker. Also, you automatically get to take the lane. What’s not to like?

Is this what you saw: It appears to be a CMU student taxi startup.

@jonawebb nope. the ones I saw were green and more like the ELF’s that were posted.

@chrishent: touché.
On the other hand, like Smart cars, these things can probably park perpendicular to the curb. Maybe for free, in designated areas.

I think it’s great. Put a few dozen of these on Pgh roads, and pretty soon my bike will seem mainstream.

God, another “Cyclists don’t pay taxes for our roads” argument. I am so fn sick of these idiotic comments. It is another one that drives me crazy just like taking the lane causes grid lock and not all the other cars sitting behind each other.

Muricans are fn stupid. I want to move to Europe.