An architect friend of mine has asked me for local cyclists opinions on runnel designs that they like.  A near-in Pgh. suburb has asked him to include runnels on four sets of public stairs he is putting in for a few projects his company is doing.

He is aware of the steps on Louisa street in Oakland, and has looked around at various posts from Seattle and other cities, but he wants to know what Pittsburgh cyclists think.

Any comments, pictures or links would be appreciated.

Here’s an idea: If they’re doing four, install four different styles. Give us a year to check them out and compare ease of use, and that will help us guide the installation of the next set.

I would tend to agree with @stu‘s suggestion: There’s not enough of those things around here for most people to have formed a strong opinion. On the other hand each installation will have its own peculiarities so I’m not sure whether the outcome would be as informative as it could be.

But why not post the 4 designs and get some initial feedback? Most of us have run into runnels (so to speak) at one point or another. For starters, there’s ones of steel and there’s concrete ones. 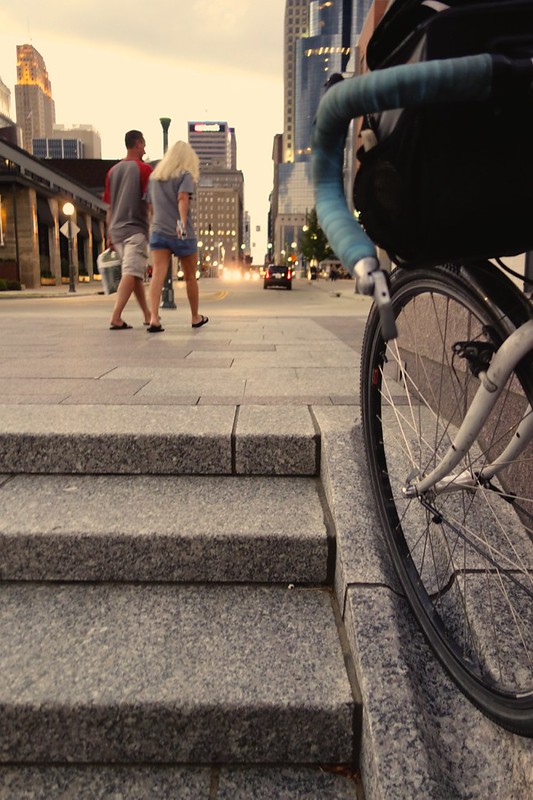 A +1 on the Cincinnati runnels that Paul mentioned. Very subtle and classy.

I drink too much beer….and coffee to use ’em.

But I think most of the people on this thread are focused on being able to get up stairs without having to hoist their bike. The downwards runneling is a nice bonus, especially if you don’t have full suspension.

Pro tip: on the descents, stick to coffee.

Some of those Chileans should visit the Southside Slopes.