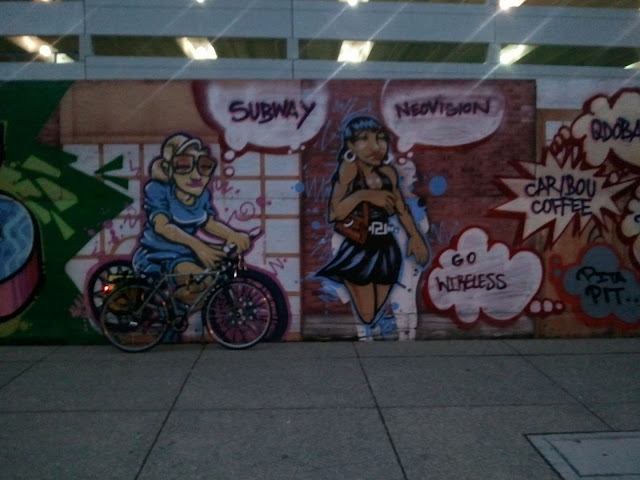 Sauf Side Werks, across from Tusca. (I prefer the old mural around the corner, but this one has its points too.)

Hey, the board likes me enough to let me post again. Yay.

Yeah, there was a glitch.

Oh man I remember hearing about that venue. Never had the pleasure of going. I did make it to graffiti before it closed. There was also a venue/bar on Butler I think where belvedere’s is or near there. Can’t recall the name.

@stefb Which bars were punk rock? Are they still around?

Electric Banana was the premier punk rock bar. It’s now Zarra’s restaurant, on Bigelow Blvd, just after the Blvd splits from Craig St to go to Oakland. It’s run by the same family.

“Punk” in Pittsburgh in 1979 might not be what you mean by punk now. Is a band with drums, two synths, and a saxophone punk? It was then.

My impression is the scene around Garfield/Bloomfield is pretty strong in comparison = at lest in some ways.

These are probably later than some of the ones that Mick mentions…but I’ll throw in a shout out for the Turmoil Room (Wilkinsburg) and the Millvale Industrial Theatre.

does anybody see dan’s bike in that tag grab?

I see a non-recumbent bike right in front of the mural. Presumed it was his.

Razzberry Rhino, before the Banana Hammock Republic moved in.

@edmonds I thought the Shadyside Banana Republic used to be a Gulf station (& former home to the fabulous Walter’s Automotive now located on Baum)?

Hmm, you’re right, the Rhino was probably the next one, maybe, Chico’s? Long time ago.

I was planning on grabbing a new tag on the way home, but the hailstorm dampened my desire. I’ll drop a new one tomorrow AM on the way to work…

Oh such memories at MIT.

Dan, I don’t Blame You. I am sitting with my bike waiting for a ride home

I’ll post pics of my contusions, too…sort of a supplemental game of “pain-o-rama”.

Hey, let me thread-jack: let’s not forget the (Ma)Sonic Temple in Wilkinsburg. Many a fine show were played there.

Wow. bjanazeks post there made me think: the perfect Pittsburgh game: “Stuff That’s Not There Anymore-O-Rama!”

Nostalgia for the yinzers, torture for our out-of-town cousins.

Amusingly, one of my potential choices for next tag falls into that category. 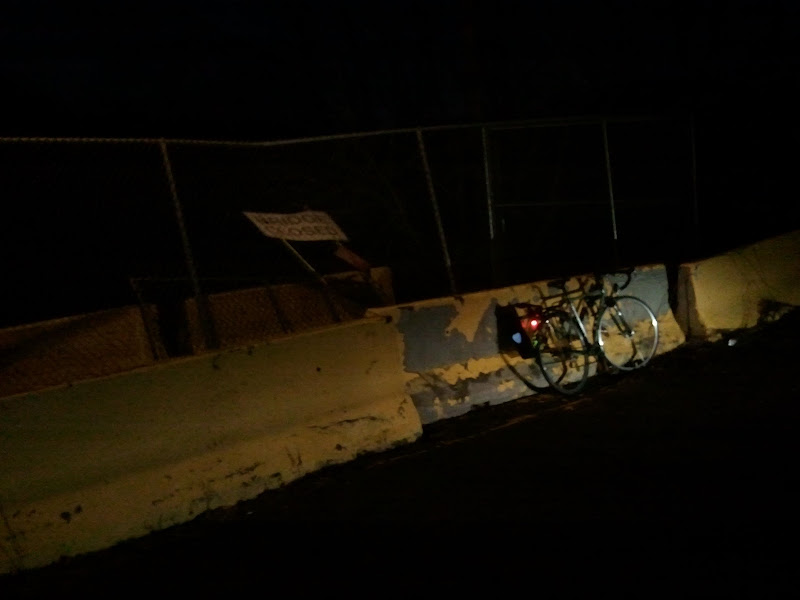 Something that’s not there anymore, but I really wish it was. Woods Run is no substitute.

Hm… I know where it is, but I’ve never actually been there.

Figured it out on street view, but have never ridden out that way. Maybe I’ll attempt it Sunday if the tag’s still lingering?

I think figured it out on street view also. I like how there is a bridge in the pic. I probably can’t get the tag till monday if it is still there.

I’m surprised this one is still up. Tonight I will have my new wheels set up, and should try rolling out there tomorrow. Interestingly, I don’t know which side that photo is on and I kinda think I shouldn’t check in advance. On the other hand, my new setup is fixed, so guessing wrong is costly…

In the interests of avoiding utter anguish on the part of Nate or others, I’ll say that it’s the side closer to California. Continuing in my efforts to keep the tag out of the east end, we have Rebel without a cause, has a deal on wheels for you.

Edit: I thought this was somewhere else. This looks different on street view now.

Mostly I liked the western PA geology with the icicles hanging.

so, i went on the side farther from california. whoops! but i knew i’d likely be bruced anyway, and i’m sure i would’ve been.

crap. another tag practically in my backyard (I think) that I have little chance of actually grabbing thanks to my crazy schedule. But, maybe now that I know how to post photos, I can actually grab one, if still available tonight.

The weather turns cold and the tag sits.

Swalfoot, it looks like you are going to have to get it.

I may be able to get it this evening. But, there are only three ways in, and they are all ugly hills in one way or another. The least attractive route, in and out, is the one most convenient to me.

Ok, if it is still there this evening, I’ll get it.

Hey, Nate, did you check out the waterfall in a nearby backyard when you got this tag?

No, I didn’t, I was rolling out westward & exploring after picking up Dan’s tag on Davis Ave, and I’d never ridden up that particular “Run Road”, so I took it. I thought it was pretty nice all in all, but it turned into something grueling for me on a fixed-gear with all my wintry flab. Ouch.

I took pictures along the way. Since I made kind of a loop, I considered making the new tag the *other* side of the Davis Bridge. But I picked something more out of the way for most of us.

James Dean Auto Center, near the intersection of Jacks Run Road and Brighton Road. Interesting location in that heading away from this site you have three options, all uphill. That should mean that you have a nice downhill to get to it, but two of them are pretty hairy, and the third is only slightly better. Allegheny County riding at its best!