New Tag – still staying out of the east end. Is it another by Frank Vittor?

It is NOT by Frank Vittor, but by a contemporary of his.

@swalfoort: I’m highly amused, as that was the other option I was contemplating in place of my Davis Ave No-Bridge tag.

The painted toenails are a source of endless amusement to my kids.

It’s a great sculpture. I just noticed the toenails for the first time today.

I was so slow in getting the Jacks Run tag that I wanted the next tag to be accessible ehough for people to get to quickly so we could keep things moving.

Did you know that the same artist did the Doughboy statue? That was dedicated a year earlier, but commemorated the same war.

I can’t wait for nice weather so I’ll actually be motivated to ride for reasons other than necessity: exercise, exploring, this game…

I looked at that as I rode past it on Wednesday. I took another picture just a few hundred yards away, IIRC. 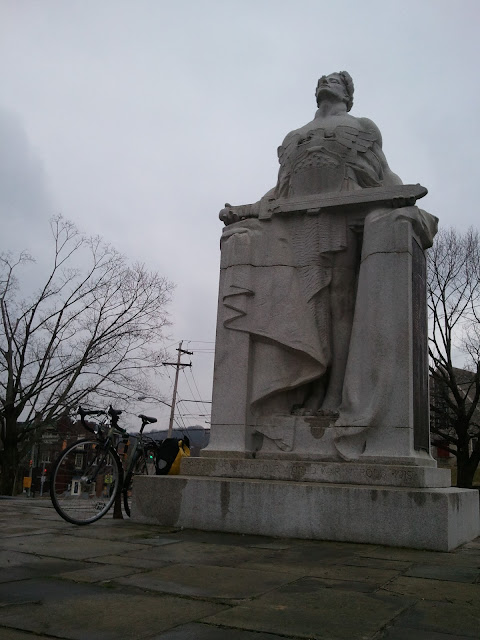 Legion Memorial Park, Brighton Heights, near the intersection of Davis and Brighton Rd.

Sculpture is called “Sacrifice” and is dedicated to the soldiers of WWI. Sculptor is Allen G. Newman, who also created the Doughboy statue in Lawrenceville (just outside the Bike Pittsburgh offices). His most famous sculpture is “The Hiker” aka a WWI infantryman, on display in Buffalo. It is thought to be one of the most iconic images of WWI.

Reddan (and Stu) – sorry for making this one so easy. And, I expected closeups of the toenails!

Somebody should put a tag at the copy of the Hiker statue. At least once I stopped on my bicycle and ate a sandwich next to it. Maybe more times.

Also I’ve ridden past this Sacrifice statue several times without stopping to see what’s in that triangle of grass where Brighton hits Shadeland. Next time I will stop and look. 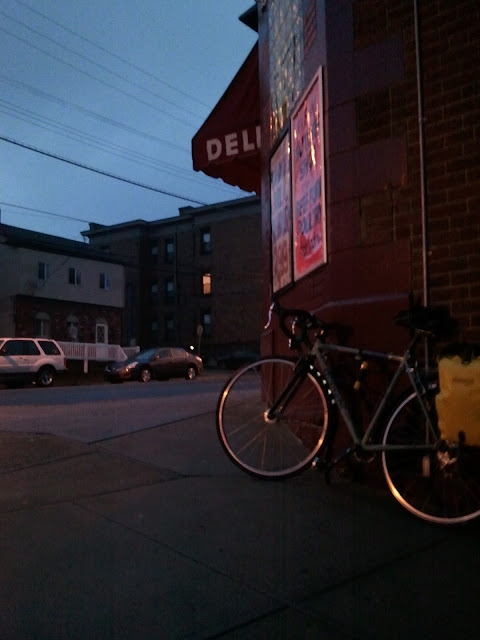 I wanted to drop something more interesting, but realized I wouldn’t have time until Sunday.

I think I know where this tag is. I just can’t get excited about going out and grabbing it in the cold slop I was just out in.

I have an idea of where this is, But this damn cold has turned into a sinus infection. I hope to be participating in this game again by the end of the weekend. I am going through withdrawal. I haven’t been on a bike in 9 days

Funny, when I saw the tag this morning I had a quick quess as to where it was, tried a check on google maps and decided I was wrong.

I keep thinking of sandwiches. Late summer last year, M and I were out on the tandem and bought hoagies from … a few doors up the street from this tag. Rode away to a nearby park and had a picnic.

I’ve several times gone past this tag by way of Sewickley, but that’s definitely the long way round. 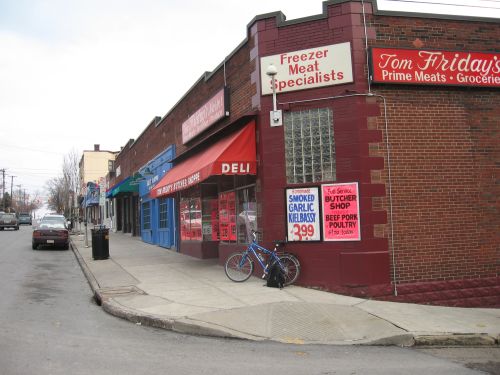 ETA: In Brighton Heights. I took this almost 5 hours ago, and was very lucky that nobody grabbed it first. (On the way back I stopped downtown to see a really good stage production of The Elephant Man.) (Disclaimer: I’m involved with the local theater company hosting the show. [It’s still really good though.]) 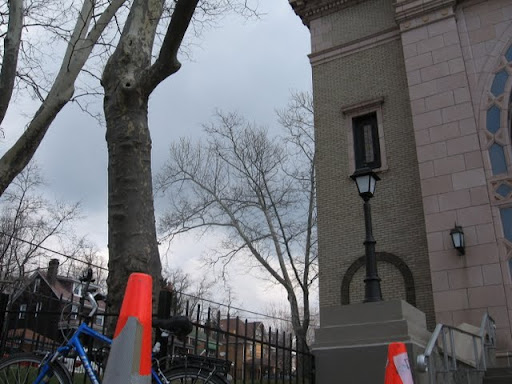 Clue: Crash here? Who do you think you are?

This tag isn’t going to last till Monday.

My first two looks at this picture I thought, nope, no idea. Then my unconscious said to me, wait, isn’t that at … and it was.

Understanding the clue took some additional googling but definitely lol-worthy It’s Congregation Poale Zedek, where a couple of dangerous knuckleheads crashed into the steps during a prayer service while they were fleeing a hit and run just a few blocks away. Members of the congregation sat on them until police arrived. :: Apparently the driver claimed to the be the messiah, but it was probably a ruse to cook up an insanity defense. Jagoff. New tag? It is a nice day, unlike tomorrow.

The fact that you have a 36 hour time window to drop a new tag does not mean you have to wait that long. What is wrong with dropping a new tag during the same ride you picked up the tag? Rant over.

Heh. I’d like to request a re-reading of Rule 6.

If you are looking for an excuse to go out and ride your bike and take a photo or two.

What is wrong with dropping a new tag during the same ride you picked up the tag?

Some players don’t have smartphones that can post pictures from the road. They may want to rush home to avoid being bruced, especially if they’ve got a location in mind in another part of town.

I can’t post from the road. Sometimes I don’t have time to get a 2nd tag on the same ride unless it were to be right next to the tag I just picked up. Other tags have sat a lot longer than this one, geez. Here comes the new tag… Don’t stare et this tag too long or you might grow eyes on the back of your school.

I know exactly where this one is at! Now if I can get out before the monsoon moves in…

I always try to drop another tag right after I get one, but that is just me. I am home and showered already after a long ride. What beautiful weather it was

“I do not theenk that word means what you theenk it means.” 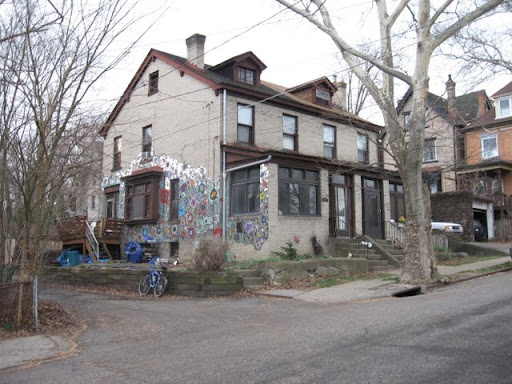 Apropos of a tag behind a school, I learned several things today.

1. Having rain gear is important, but bringing your rain gear with you is even more important. (Even if you’re sure you’ll be back before the rain starts, since you’re not going very far at all.)

2. Bringing a map is a good idea, even if you think you must know the area pretty well, since it’s not very far at all. Getting lost (twice) can slow you down. 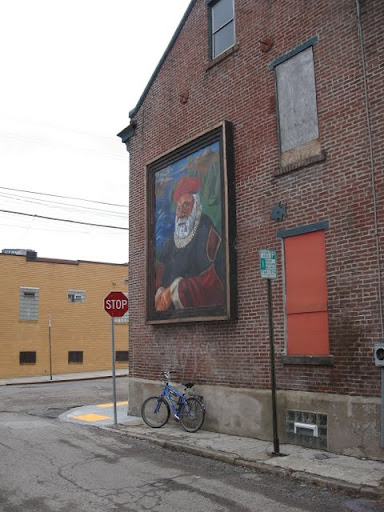 Clue 1: There are several pieces of street art in this area.

that’s right by where i work! too bad i haven’t figured out how to start riding to work yet.

That’s on my commute (ish), too bad I took the bus today.

I have no idea about this one. The total absence of vegetation, narrow sidewalk, and age of the building in the foreground seem like good clues. hmmm

well, that sign narrows it down a lot – seems perfect for Mick.

[edit: and I lol’d about the clue when I figured it out… well done.]

If I’m following the clue correctly, I don’t think the street view truck made it here. Am I on track?

Great clue, hahaha. Marko, the tag is on street view…

I wish I had time to go get this.