Absolutely. Those signs need to go, the sooner, the better.

I agree. Share the road to a driver that has never biked on the street means to get out of the way. They simply don’t understand why anyone would get in the way of a car.

I think lots of people lack common sense… or maybe they thnk that they are drivers and it means they should share the road in the way that a 2 year old shares things (2 year olds usually don’t reciprocate when someone else shares something with them). To me, the signs are clear. What isn’t clear about the meaning of the word share? I kinda don’t like the signs that show the car up the cyclist’s ass, but i think that has been discussed before.

maybe we need an additional sign that explains what the meaning of “sharing” is.

I’ve always hated that phrase. I’d bet the majority of motorists think it’s directed at bicycles and certainly not at them.

I don’t think it’s going to make a real difference what the signs say though. It’s not a substitute for education.

“[bicycle icon] MAY USE FULL LANE”

As I’ve said in other threads, what signs exist should instead say Cyclists May Always Use Full Lane.

and it’s no surprise to us that many motorists have little understanding of the Pauli Exclusion Principle, which is the law of physics that explains why a car can’t occupy the same space as a bicycle.

It is no surprise to me that many bloggers (and screenwriters), having never actually opened quantum theory textbook, have no idea what the hell the Pauli Exclusion Principle is, and would be best to structure their arguments without it. He makes a good point about the signs though.

Comes pretty close to nailing the point in a succinct way.

+1 to rprake’s comment. To most motorists the cyclist has no inherent right to take the lane, they choose to interpret it as we should get out of their way since we’re supposed to “share” that part of the road we’re using. – At the same time at least the signs indicate that cyclists are out there (not that people will notice the signs anymore than a brightly dressed cyclist with lights).

The cynic in me enthusiastically awaits to see how BMUFL will be misinterpreted by motorists.

It’s pretty apparent that the Share the Road campaigned is pretty flawed, but it is most likely due to a lack of education more that anything. I remain adamant about driver’s test including information about how to deal with bicyclists and pedestrians on the same road space. I’m sure if everyone with licenses had to take said test over with that included, about 50% of them would get that part completely wrong.

Consider how motorists misinterpret the most common of signs:

The cynic in me enthusiastically awaits to see how BMUFL will be misinterpreted by motorists.

“The lane wasn’t full with just your bike in it. That’s why I had to squeeze my car in next to you. No need to thank me!”

right, even if the driver sees “bicyclist may use full lane”, that probably means “here” and not where the sign is not present. stu’s idea may help – but then again probably not given what ALMKLM said. people don’t pay any attention to the other signs that say “stop” and “speed limit xx” although they have theoretical consequences to ignoring them.

(admits to not yet reading article)

I’ve been yelled at on a road where I was taking the right-most thru land (there was another, that was an on ramp) by some prick in a sports car “share the lane”.

i don’t want “cyclists may use full lane” i want “GIVE FULL LANE TO CYCLISTS” Why not? why should we have to ride our bikes aggressively and try to “take” the lane from people in relatively armored tanks who resent lending us the shoulder or applying their brakes?

why do we tell cars to ‘share’, but advise cyclists to ‘take’, when neither seems all that well equipped, either in mentality or physical ability, to do so? it’s set up for fail. cars won’t do it anyway. i dunno, maybe insomnia has made me more cynical than usual.

BMUFL sounds so bureaucatic and legalese, and requires more mental processing to grasp the meaning, motorists just don’t have the time to process it, what with the radio adjustments and the texting and the eating the triple bacon cheeseburgers. I like something much more direct, like

If the “message” is so diluted that the USDOT is co-opting it for use by a commercial truck protection program, the battle is lost and the war is over. Time to start anew. 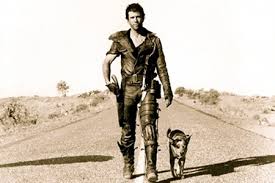 Sort of reminds me of myself. Has anyone seen me in my AmFIBs?

I’m on board with edmond’s campaign. How about a picture of Lewis Black on the sign with the campaign slogan at the bottom?

One part I like about mine is that the only way it could possibly be misinterpreted, not to have sex with bikes, is an equally valid message. Win, win.

I dont know edmonds… there are some pretty sexy bikes bikes out there. Just saying…

@edmonds: …but I love my bike…

It seems that we mostly agree that the efforts by earlier advocates to place StR signs were a “well-intended mistake”, perhaps enabled by insufficient cynicism.

What lesson can we take from that and apply to current advocacy efforts?

I don’t have any bad stories about those signs, but if we did replace them I’d prefer something more like “Bikes Belong”. As salty said, the “Bikes may use full lane” sign implies that that’s not true elsewhere.

I’m not sure I agree with the following rationale: “the “Bikes may use full lane” sign implies that that’s not true elsewhere…”

As you know, road signs are color-coded for different purposes. It is not the intent of “Yellow” road signs (which are “warning signs” to alert the driver to dangerous conditions) to inform the road user of every applicable law. These signs are, in my opinion, rather arbitrarily placed in any event – as opposed to a STOP sign which is placed in relation to a fixed point. Therefore, these signs are of a more supplementary nature, and serve to remind road users of a variety of things, whether it is the possible presence of cyclists, dangerous curves or driveways.

alerting road users to a legal fact (in this case “Bikes May Use Full Lane”).

Our expectations of what these signs should or could accomplish then, is different from an overall goal of greater acceptance of cyclists, and by extension greater safety for cyclists. A different sign isn’t going to cure all ills.

I agree STR sends the wrong message. BMUFL states a legal fact, issues the reminder that bicycles may be present, and that cyclists have aright to the use of the lane pretty neatly.

This is why I like sharrows – they unambiguously claim road space for bicycle use. I suppose it’s still possible that people will think that bikes are only allowed where there are sharrows, but many of those people don’t think bikes are allowed on the road anyway.

What, you forgot about this photo?

nice touch with the rocks there.

I like the “Bikes Belong” idea. Simple and to the point.

I like Bikes Belong for an advertising campaign, but I thought this thread was about road signs – like the kind the DOT puts up.

Bikes Belong… ON THE SIDEWALK!

I really hate the “Walk bikes on sidewalk” signs on the southside (whatever that street is that runs parallel with e carson). They’re right by the “Watch for bicyclists” signs. A mixed signal, if you ask me.

“Walk bikes on sidewalk” is for the trail detour. I figure they’re aimed only at novice cyclists who can’t handle any possible interaction with traffic. They just omitted the implied “until you take off the training wheels” part.

(It’s odd that they’re overcautious on McKean Street, but over on 4th Street, they have the trail crossing active railroad tracks without any gates or lights or other warning devices.)

As to the photo, I think it’s great that the young lady loves her mountain bike so much, she chooses to keep it safe in the tent with her boyfriend instead of exposing it to the elements. (It’s all about assumptions.)

I have drafted a production-ready sign to be pitched to the state. Please consider.