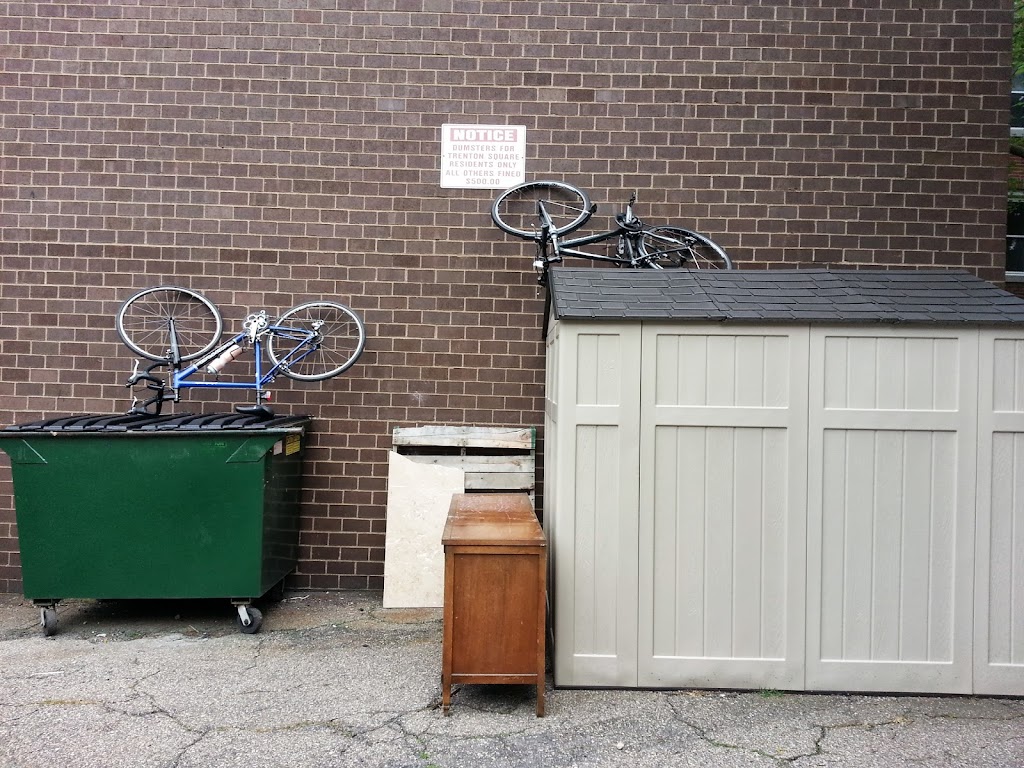 Someone’s thrown away perfectly good bikes in those dumsters!

When a sign is important, people will spare no EXSPENCE, apparently. (Found in McDonald PA, a block off the Panhandle Trail.)

And congrats to Vlad, who just became this game’s 100th player! It took me a while to get that the upside down bikes were a response to JaySherman5000’s “opposite day” clue. Well done!

Love the bicycle-positioning in this one! So much fun.

i work in this building with a number of other tag players (randy, ddeeff, karimbenbourenane, vlad) soon i will not be working here either

Ahh, yeah, we’re behind – getting to it soon.

Jeez, we got rained on for over an hour, yoi. A lesson in htfu, htfu.

And a hearty FU, to you Joan.

we went out ASAP to set the tag…..biked in the blanky, blank rain, an get nothing but grief !

Please understand that my Saturday mornings are an empty void without a tag to work on.
BTW that rain really cleaned up your wheels.

Well, that certainly narrows it down.

I’m rather stymied, too. I was all over town on Sunday, got lots of ideas of tags I’d like to set, but I’m drawing a blank here.

It looks like the deck of a pool to me.

You’re making it too hard, my friend.
“Remember, the point of the game is not to make the clues difficult to figure out. It is about riding, not Googling.”

Geez, yinz are really doggin’ on Dane, I mean Dan… 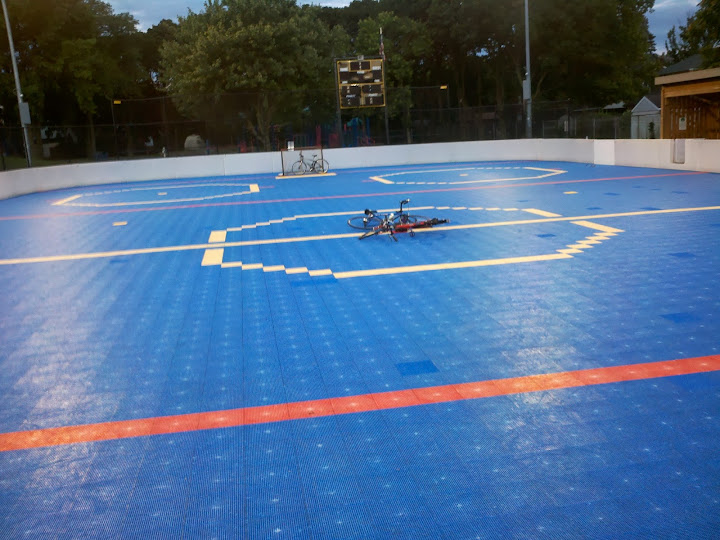 steeld knew this was marmaduke park with the dek hockey clue. he let me and vlad tag along

How many dek hockey parks are around, and the slip of Dane oops! I thought we were to make it tricky, make you think an ask for clues to slowly piece it together? We’ll just attach a google map w/directions.

steeld knew this was marmaduke park with the dek hockey clue. he let me and vlad tag along

I’ve been in Marmaduke Park any number of times, and never noticed the dekhockey facility. Shows you how much I care about any sort of team sport.

I was thinking Garfield, and had no idea what ‘dek’ referred to. A little more creative Googling might have got me there, but I was tired by then.

Yea if you google Pittsburgh dek. this is home to team pittsburgh, youth dek hockey.

If you get on I-279 at Camp Horne Road and head towards Cranberry, there is a dekhockey facility on the right somewhere along there. That’s the only one I knew of.

< whining >
The bigger issue is that I had no idea what I was looking at. I had no idea it was horizontal, not vertical.
< /whining >

Well, I figured out that it was horizontal because a couple of shoes are sort of visible at the top of the photo. Fat lot of good it did me. NEW TAG
Keeping with the Animal theme,you might need one to go here. if not well you might wear out welcome with random precision then you have to
Ride on the steel breeze to set the next tag.

Oh, by the way, I’d like another clue, if it’s not too early. I am such a doofus, I used to be good at this.

Aww is this game too RUFF for you?

I have a pretty good idea where to start looking. I just haven’t gotten out of work yet.

Even if I snap the picture before anyone else, I’m still an hour away from posting it.

Diamond in the Ruff, Mary and 18th 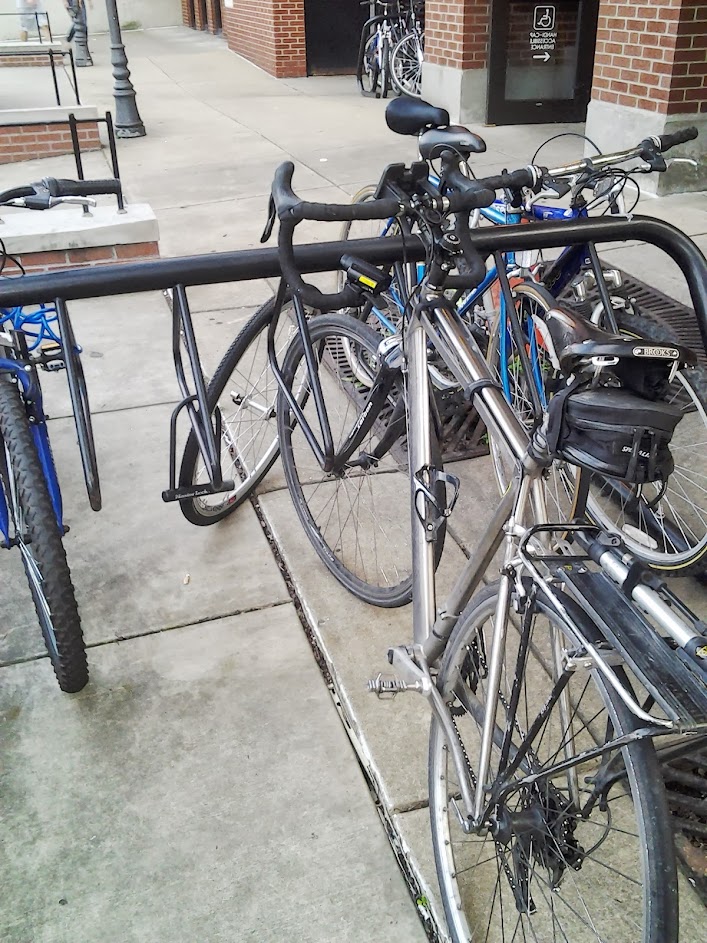 One wheel, left behind
(The bike was easy pickings), from
Two corrals for all the bikes,
Replacing dozens of parking meters,
For ten restaurants and two banks,
And student traffic in the hundreds. Congratulations ted!!! Welcome to the game.