I cut and pasted this from @steven‘s initial post in Tag-o-Rama 5.

The Tag-O-Rama game started in September 2010, and periodically needs a new thread, due to message board issues. This is thread six, but with thread 6 we decided to switch to a yearly naming convention consistent with other long-lasting threads. Here are threads one, two, three, four, and five.
The rules are easy (although wordy, it is not hard to play)
#1 – Find the tag and get a picture of your bike in the same location (as best as possible). The first person to post a found tag gets to place the next tag. If you get a tag, but somebody else posts their picture first, you lose – you’ve been Bruced.
#2 – Take the tag to a new location, shoot a photo with your bike in the picture, and post it here. Keep the tag within Pittsburgh city limits and the surrounding neighborhoods. Give a few hints (or a short poem if you’re so inclined) so the next person can figure out where the tag is located. Try to place the tags in interesting locations, somewhere historic, etc. Remember, the point of the game is not to make the clues difficult to figure out. It is about riding, not Googling.
#2a – After you pick up a Tag, a new tag must be placed within 36 hours. If the new tag is not set within the time limit, the first Bruced posted gets the tag. If no Bruce was claimed, tag will revert to the previous tag, and somebody else will get their chance. If you won’t have the time to drop off a new tag, don’t pick it up to begin with.
#2b – This rule is intended to keep the game moving. If the overdue tag is posted before somebody grabs the reverted tag, then the new tag will stand. However, giving the overdue tag-holder a load of crap is highly encouraged.
#3 – Tag must be findable – don’t make your tag so obscure that no one will find it. Make sure to let folks know what riding conditions are involved to get to your tag.
#4 – File photos are NOT permitted. You may not use a photo taken before the current tag was set to prove you found that tag, nor use a photo taken before you photographed the current tag to set a new tag.
#5 – All images of tags that are posted, whether picking up or setting a new tag, MUST include the bike you rode to the tag. If your bike isn’t in the posted image, you don’t have a tag.
#6 – The bicycle in the picture must get to the tag location under the player’s own pedal-power.
#7 – No whining.
. . . . . . . . . . . . . . . . . . . . . . . . . . . . . . . . . . . . . . . . . . .
UPLOADING IMAGES
How to Post Photos
In case you’re looking for the photo upload button that was once on this site, sorry it has disappeared. (edit for 2017: although you can find the “add media” button, it doesn’t seem to work correctly vis-a-vis uploading pictures to the message board.) We hope it comes back, but for now, you have to use the instructions in the link above.
. . . . . . . . . . . . . . . . . . . . . . . . . . . . . . . . . . . . . . . . . . .
Some helpful links for the convenience of new players:
1. View the Tag Map to see all the tags.
2. The Tag-O-Rama spreadsheet, showing who got which tag
. . . . . . . . . . . . . . . . . . . . . . . . . . . . . . . . . . . . . . . . . . .
For those of us who want to know more about the record keeping functions of Tag-o-Rama …
To add a marker to the Google Tag Map, sign in to Google, go to the map, and click the Edit link on the left. Then click the marker icon in the upper middle. Then click where the marker should go.
See one of the previous threads for examples of game play.

You’re gonna LAFF when you see where this tag is. If you like hills, then you’ll be ABEL to get up here.

Thanks, @rustyred, for reposting your tag.

There is a house somewhere in Aspinwall behind Commercial Street that has a model train outside.  It is like Brigadoon because I find it on walks maybe 3x a year and the other times I look for it I obviously forget what street it is on.

To be clear, the Aspinwall train isn’t this tag.  I’m just off on a tangent.

Tangentially, there is (was) one of these train setups at the corner of Overton and Milton in Regent Sq. This Regent Sq track is not the Tag. (Wrong background.)

How easy is it to find the trailhead for the Hays Woods Trail off of Glass Run Road? Any idea how easy it is to follow this trail, and how muddy it is? I am rarely out that way and have never explored back in there. Sounds like a good time to try.

Stu, I recommend going in from the end of Agnew road.  This is essentially a mostly flat fire-road and you can ride skinny tires in there almost all the way out to the cliff overlooking the Mon.  The trail off of Glass Run has lots of vegetation, downed trees ,boulders, etc. plus it is a fairly steep uphill.

And in case my embed didn’t work…

Did you meet the owner?  I talked with him while I was there and told him to expect strangers on bikes.  He told me that the display has been up for over a dozen years and no one has messed with it in all that time, other than to move around a few matchbox cars (but never taking them).

Yes I did meet the owner. He came out and said “I see you figured it out”. I started my commute by stopping by here to get the tag. I only had a small hill to climb from my house (I live near St. Wendelin’s). I was actually excited to know where something was/get to it before anyone else. I’ve been following the game for a while, just never got a chance to get a tag.

Ooooh, more excuses for setting tags in Baldwin and Carrick!

Come get your Fill at the eateries nearby.

4612 Fillmore. Owner stopped by, tried to rent me an apartment. They are working model planes. People fly them in Allison Park. The one in the middle is an unfinished model of the Pittsburgh mail plane into the 40s. 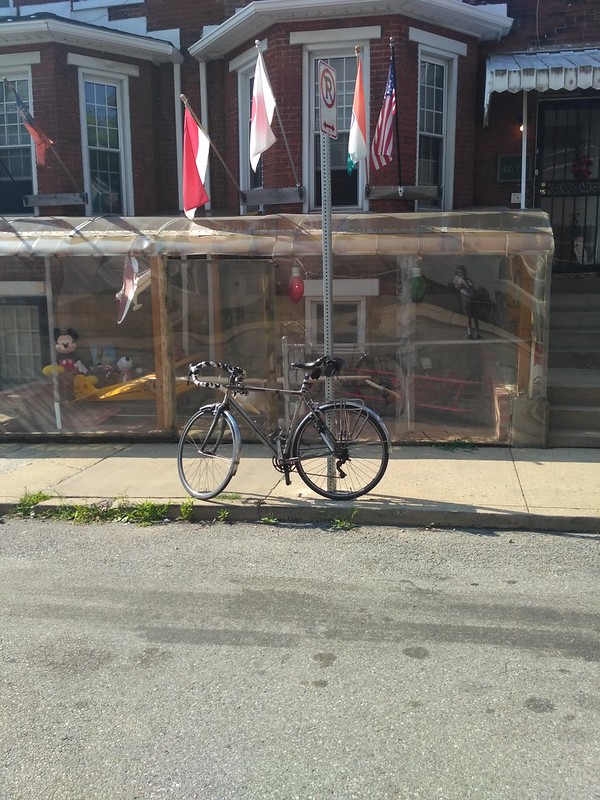 Continuing the theme of interesting stuff people have in front of their houses…
Birdhouse Bloom like flowers in the trees
Blowing about, Milling in the breeze 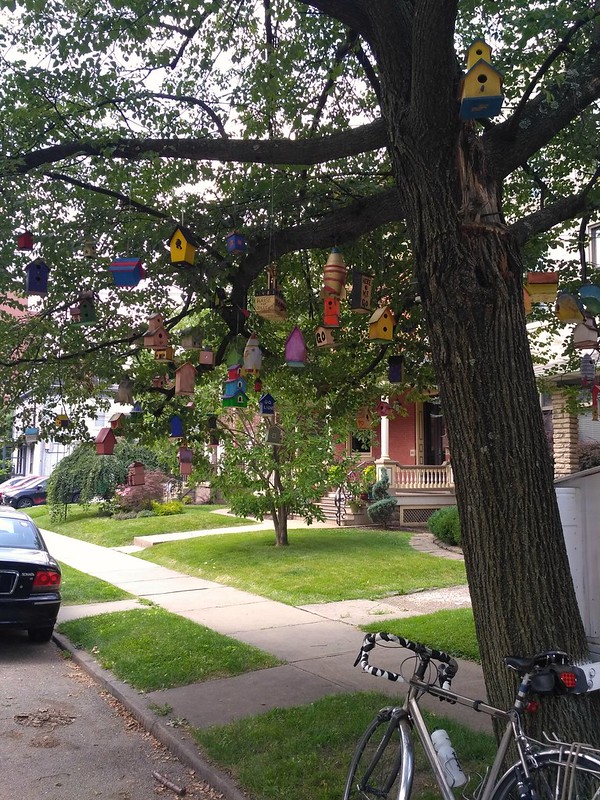 Go get those tags, new person!

Oliver Browns used to get his pants tailored up here. Lets get back to the theme of odd stuff in front yards! I prey you’ll pick it up quick. 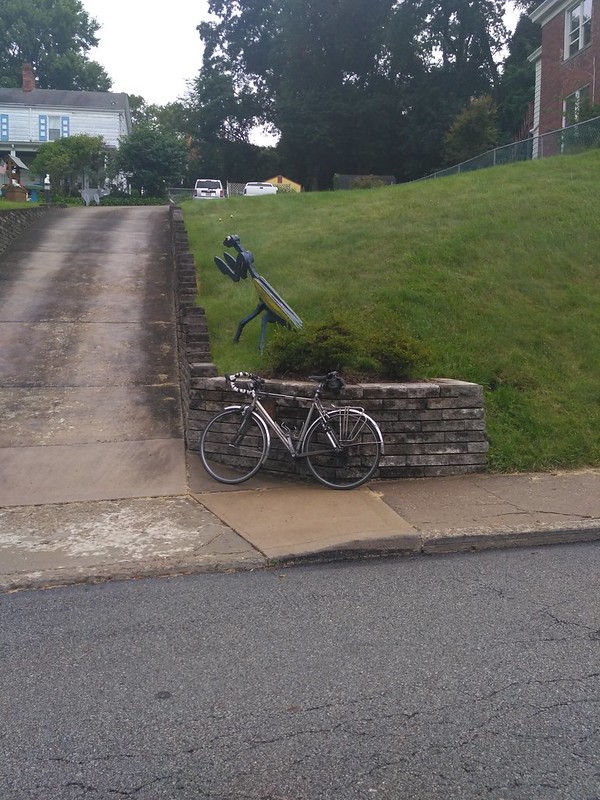 Quickest time ever between tag set and pickup?

I think one time @melange and @pbeaver did it in 90 seconds. A bit suspicious.

I’ve got the fastest pickup so far this year, tag 1268 at Squill Temple Sinai in 93 minutes.

Just realized I forgot Tag-o in the flurry of excitement over Legendary Pokemon. Tomorrow morning, for sure. 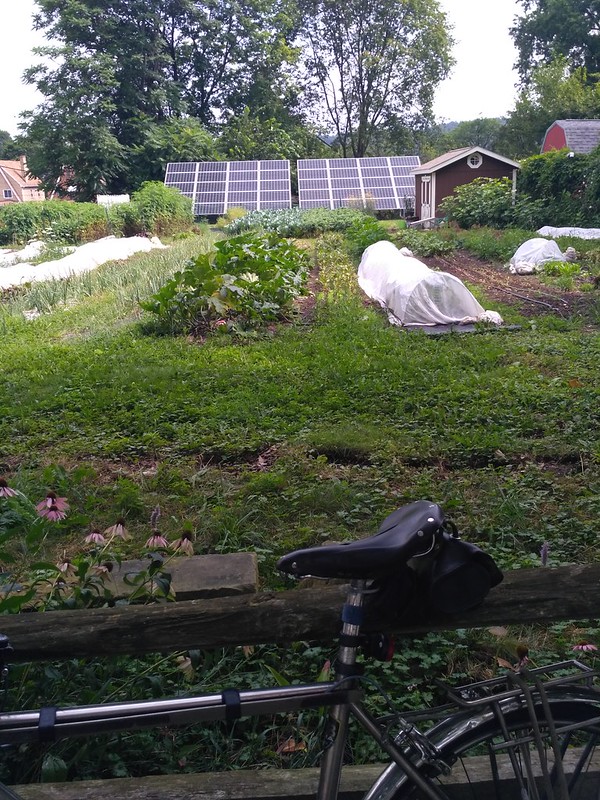 I love looking at that place change over the spring and summer. (this isn’t a clue, but just an observation, as I always wanted to have done something like this, but a) not enough land, and b) lots of hills where I live)

Anyone who attends Friday concerts at The Frick should familiarize themselves with this tag. Excellent parking possibilities nearby allow for quick escapes once the concerts are over.

(Hoping that isn’t too good a clue.)

Additional clue in the Things That Aren’t There Anymore category: The building across the street once was a funeral home, and was where August Wilson’s calling hours were held. 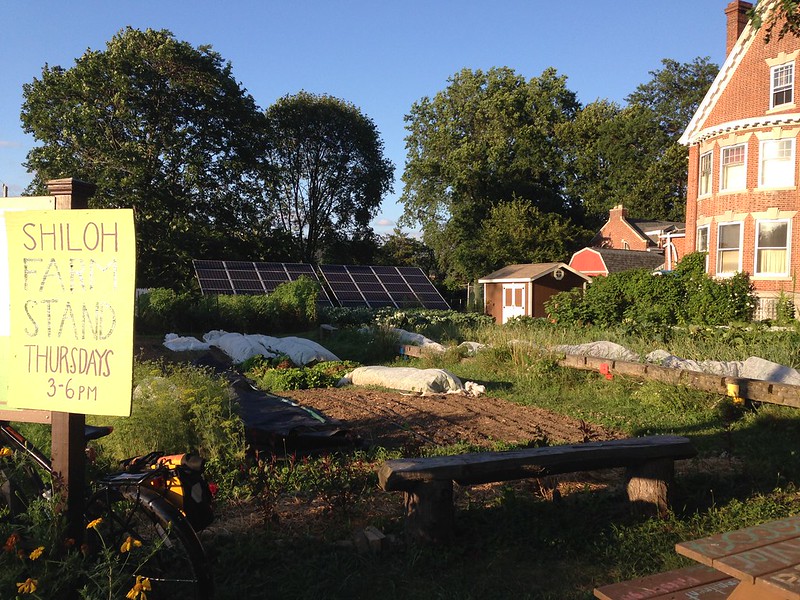 new tag. photo has been masked to add mystery.

hint: near edge of rectangle 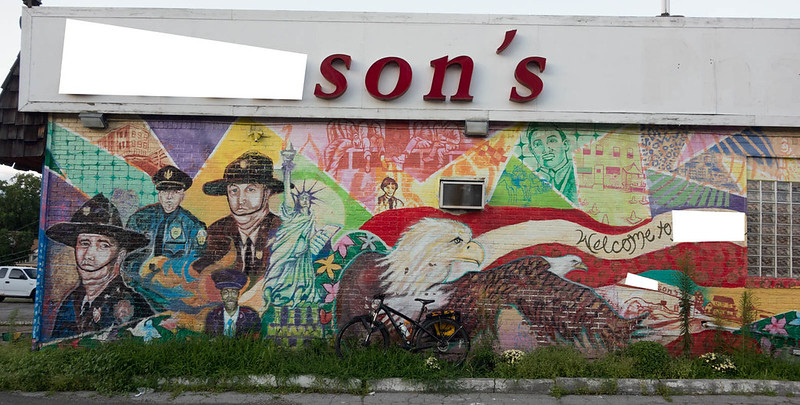 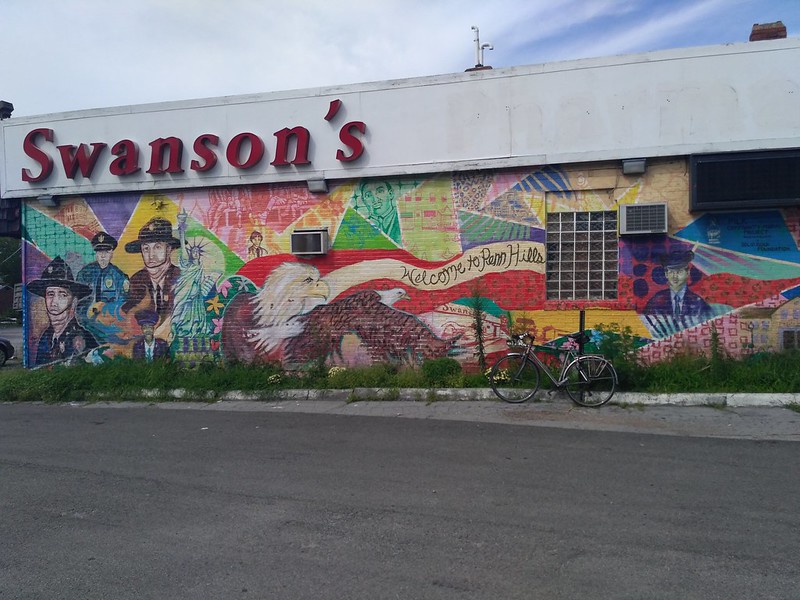 I think it is open as a quick stop store and not a pharmacy.  I am a physician and looked in my medical records system for it as an active pharmacy and there was no listing.

@edronline is right. It’s barely even a quick stop. Pretty depressing in there.
A lively musician is playing with power
His center a star, his piano a tower 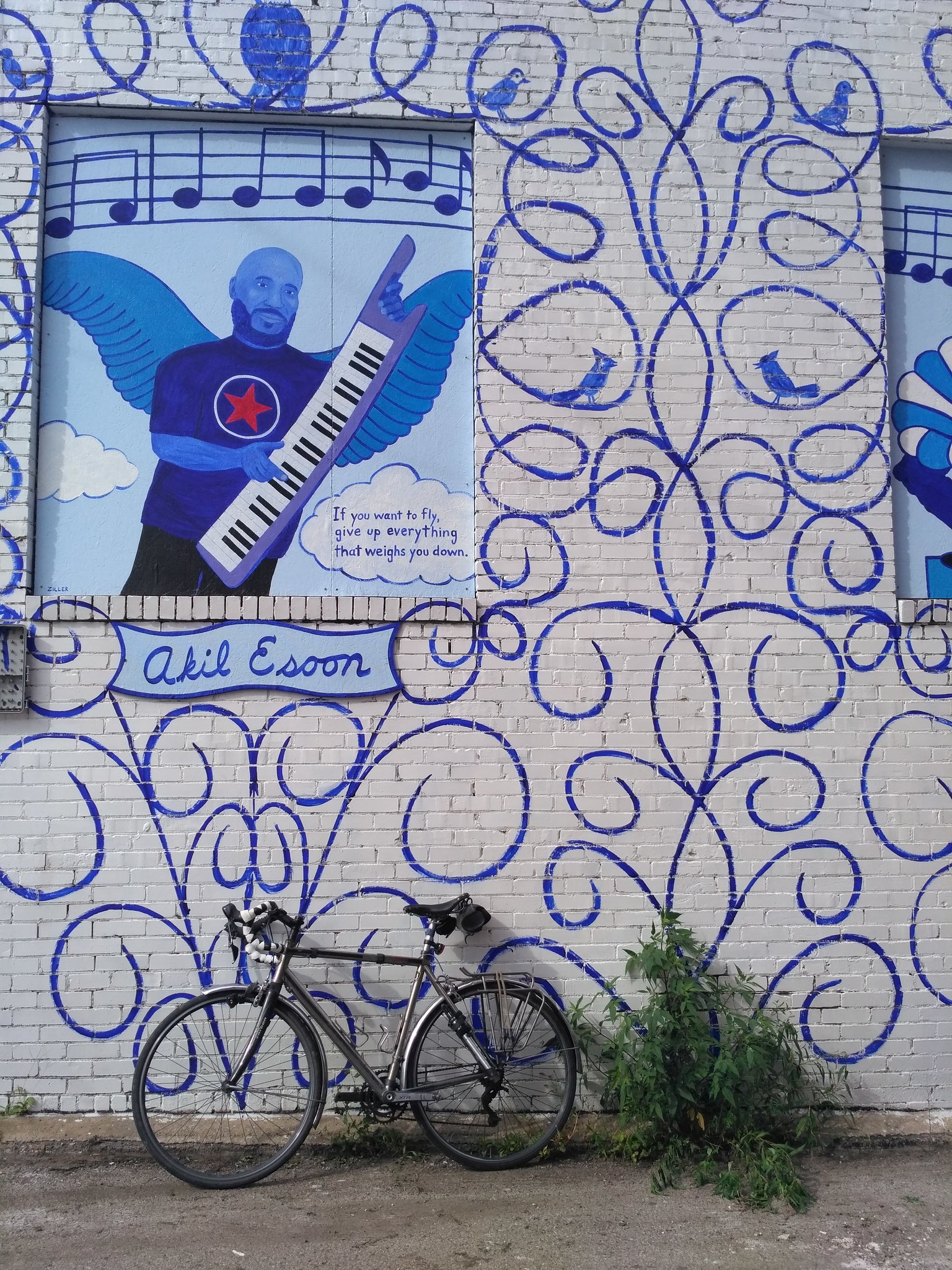 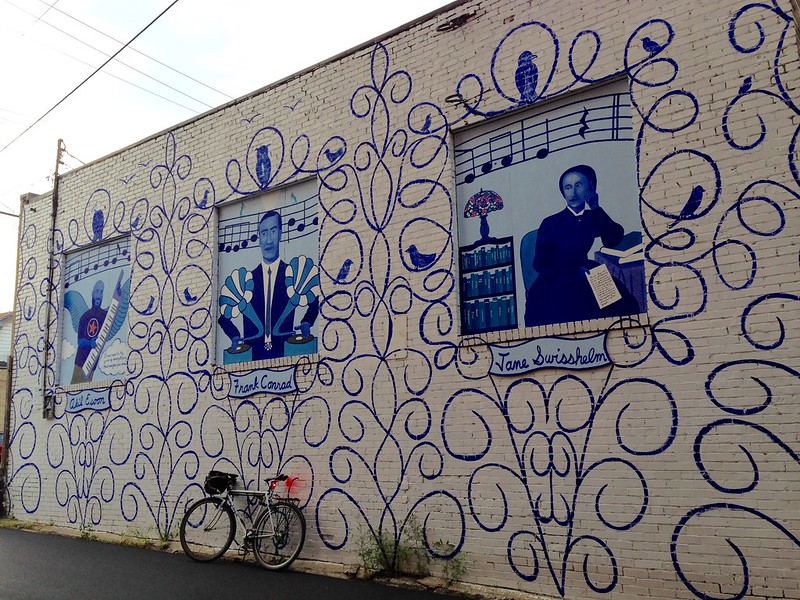 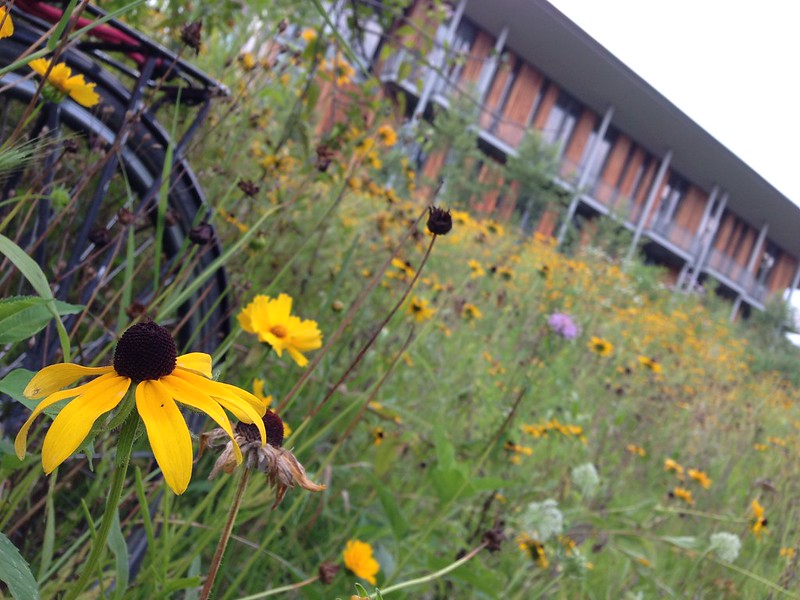