The Wonder Bread’s company went bankrupt in 2008. It might have been a consequence of being bought earlier by a private equity concern. Or maybe the product simply lost favor in the market.

Local stories were somewhat predictable: Post-Gazette had a human-interest story on people buying and hoarding their favorite items. The Tribune had a story on how it was all the fault of the unions.

A decade later we might expect the P-G to carry the anti-union story, with maybe a sidebar on the consequent human suffering experienced by hoarders. 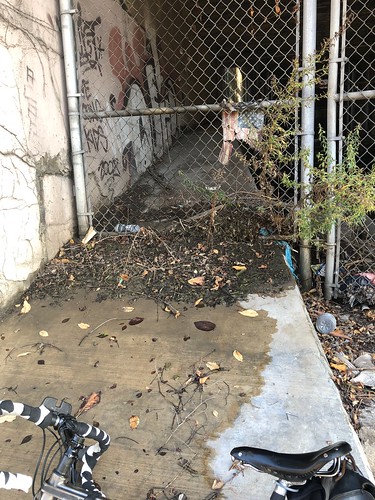 The Wonder Bread outlet was tag 146, back in March 2011, seven years ago. If the store lasted until 2008, it had been closed for just three years then.

That old tag featured a marker showing the height of the water during the 1936 flood. The building’s been there a long time. 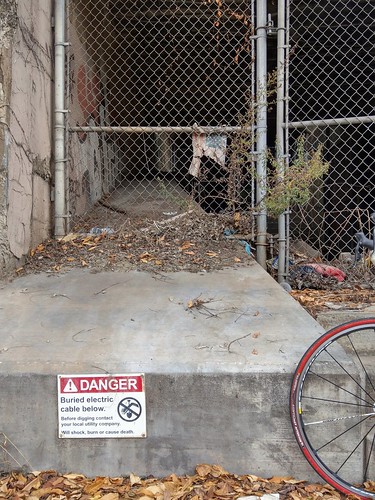 Second Ave, across from parking garage, near Thermo Fisher ,under the EFT 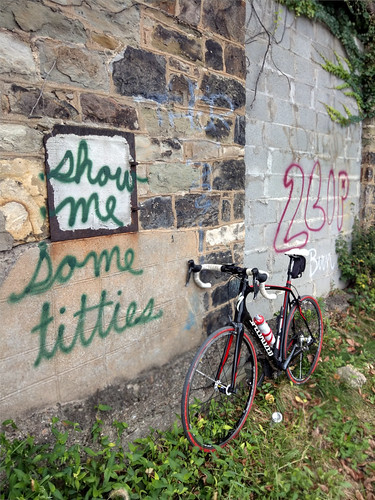 So, are you thinking of jenever or genièvre?

Yes, I know: Not strictly the ingredient thing you have in mind.
Where I come from we had Geneva gin. Work with me here… 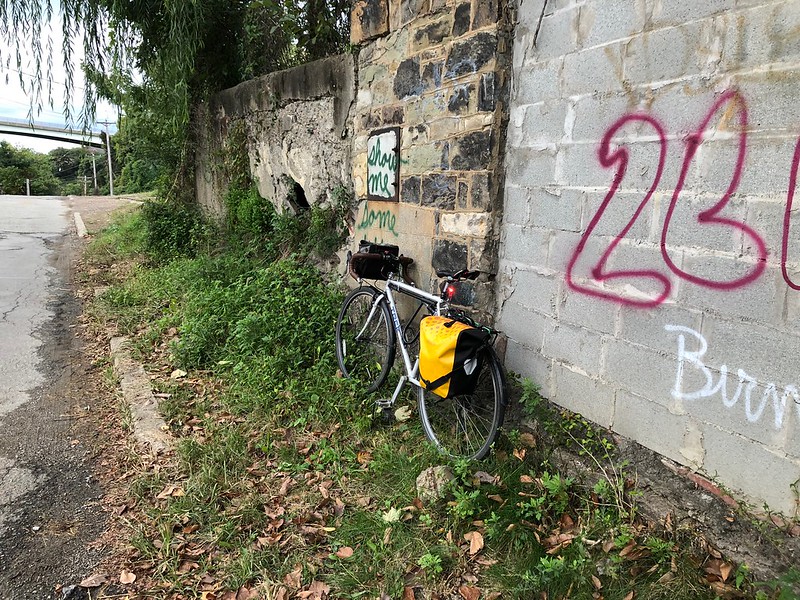 What was the TRY TRY TRY thing about? I found the tag by the gin clue and google maps street view. But couldn’t figure out the Try.

Also, Paul, did you show it your titties?

hint: the racist sign here was probably taken down decades ago 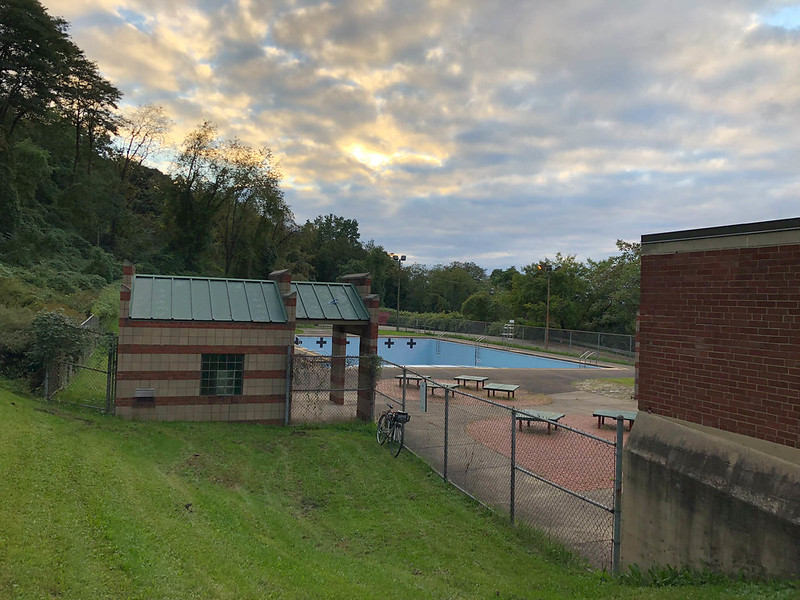 The sign said “No dogs or niggers allowed”. They should have saved it to put in a Museum of Pittsburgh Racism.

as far as I remember from reading elsewhere (I wasn’t alive yet) the sign was posted AFTER the pool was desegregated, at least on paper.

here’s a times article about racism at swimming pools in the U.S.

As big orange would say, “SAD!”

History lesson is over.

The link that Eric gave,

didn’t work for me, with Chrome, so there it is above. That’s a good link because it gives some history on the issue but it doesn’t give away the tag!

Exactly. I made sure not to give away the tag. Highland Park pool is infamous, nationally, for racial incidents around desegregation of pools. Thanks for fixing the tag.

the earlier hints should be plenty, but here’s a view from the street 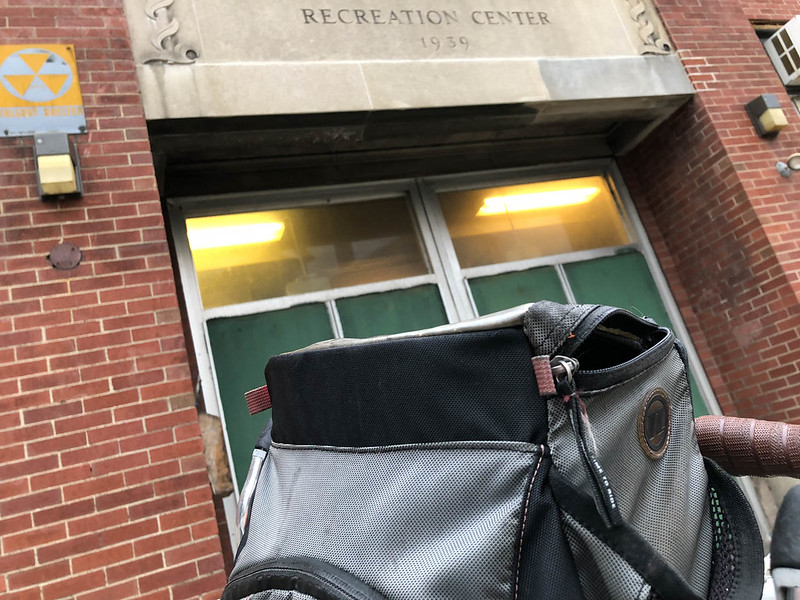 Not sure exactly when the Hostess Outlet closed but I know it was still open between 2005-2007.  I believe it closed shortly after SCI-Pittsburgh re-opened in March 2007.  Now, they’re both closed. 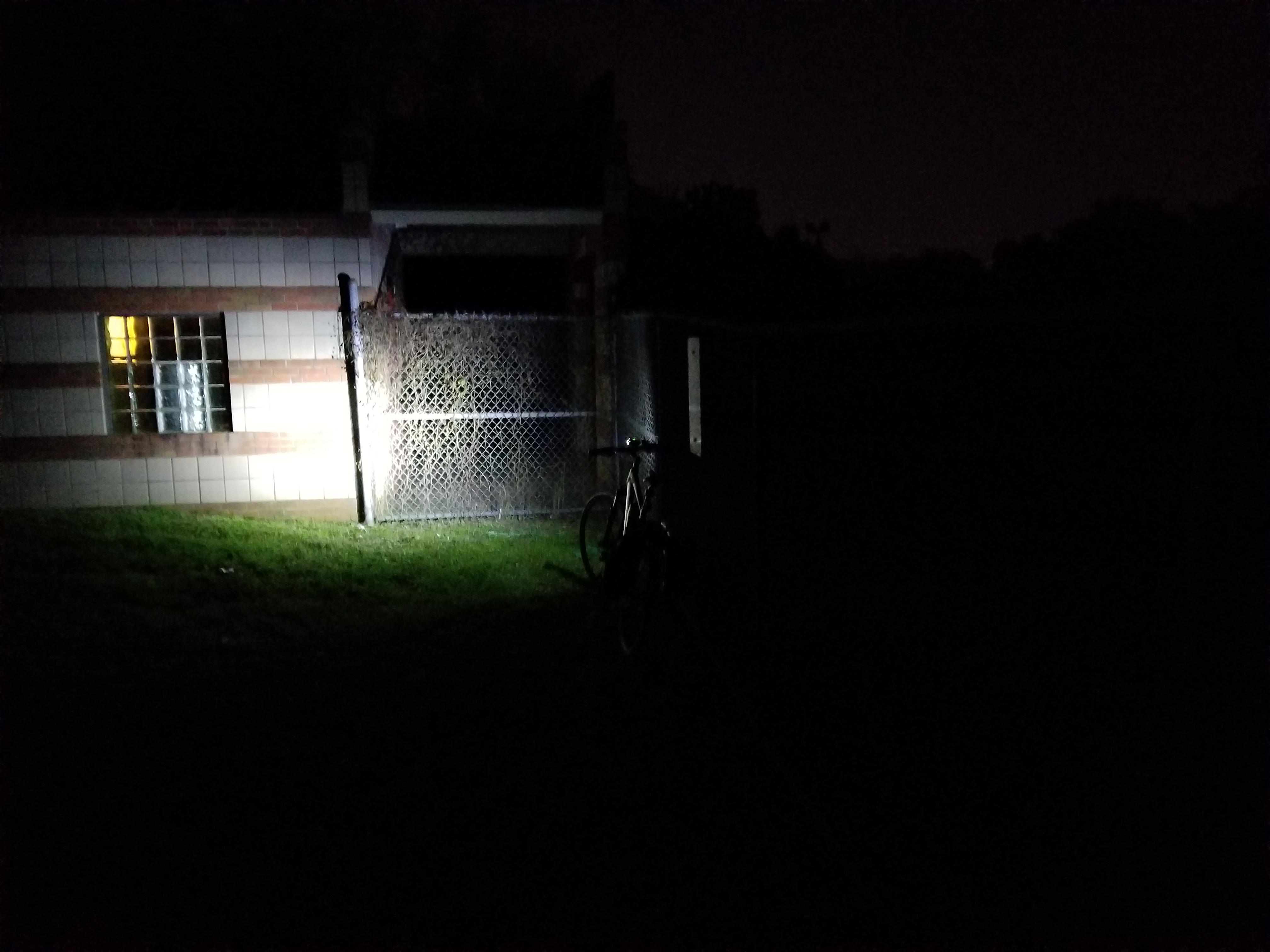 here is the other shot that has a bit more light.  Wish I had time to grab a tag after the sun was up 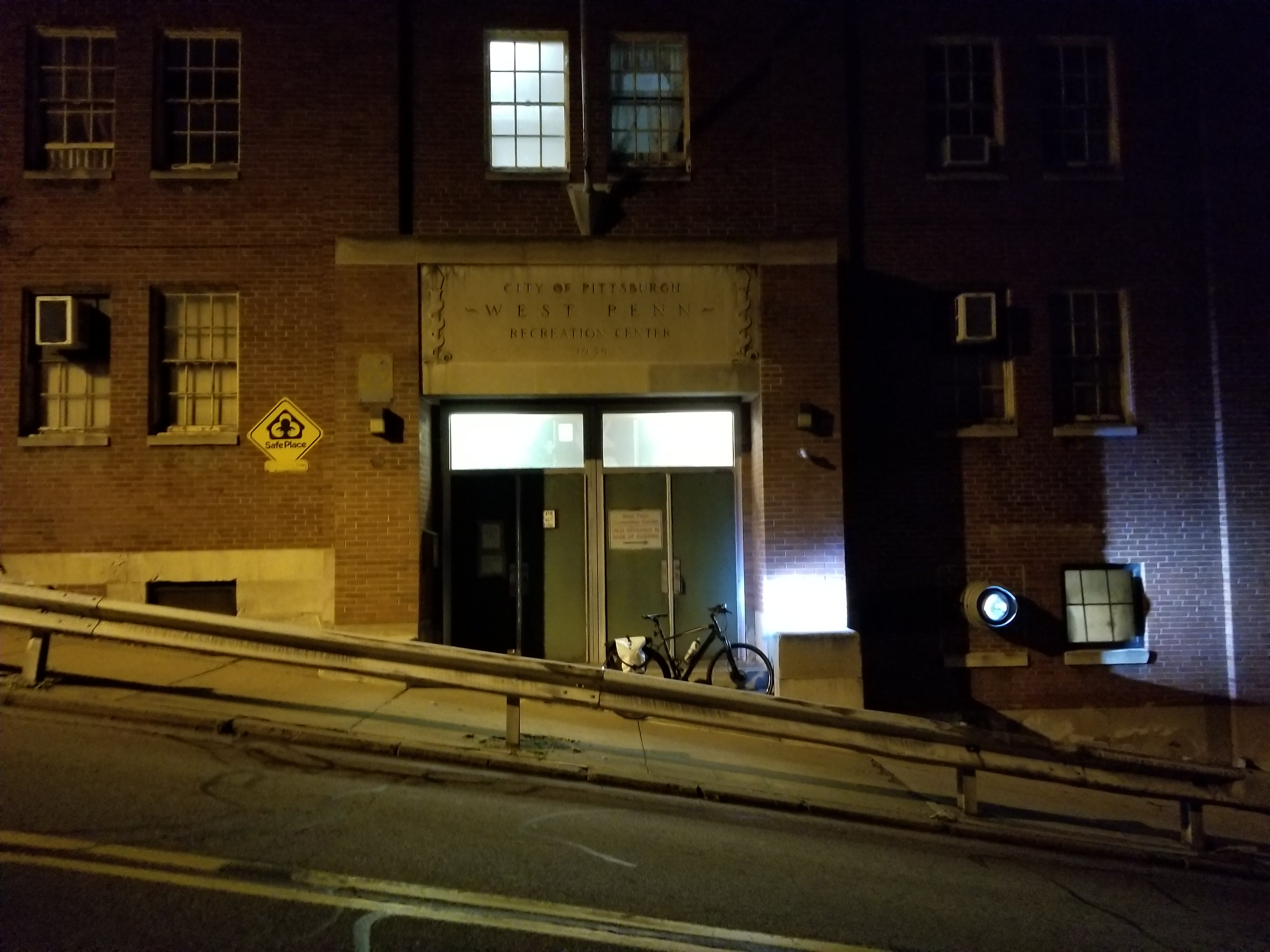 go west young man, but not all the way. 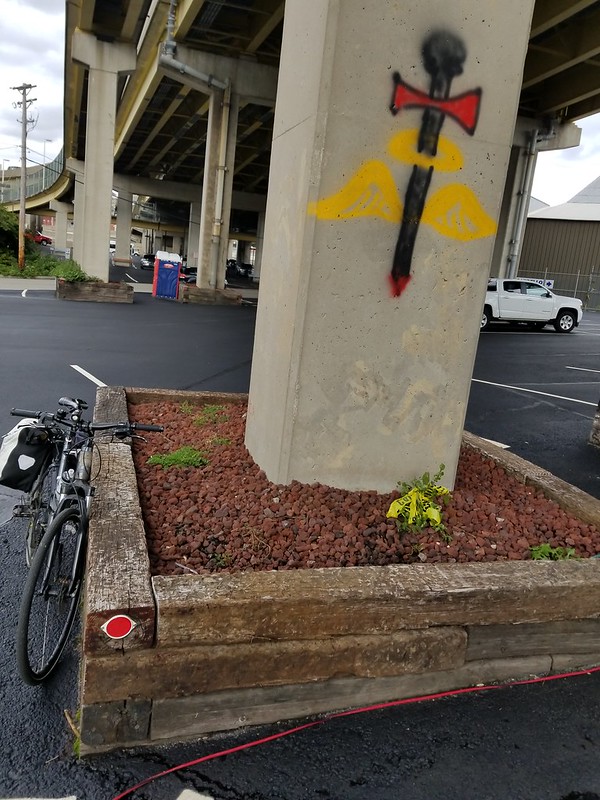 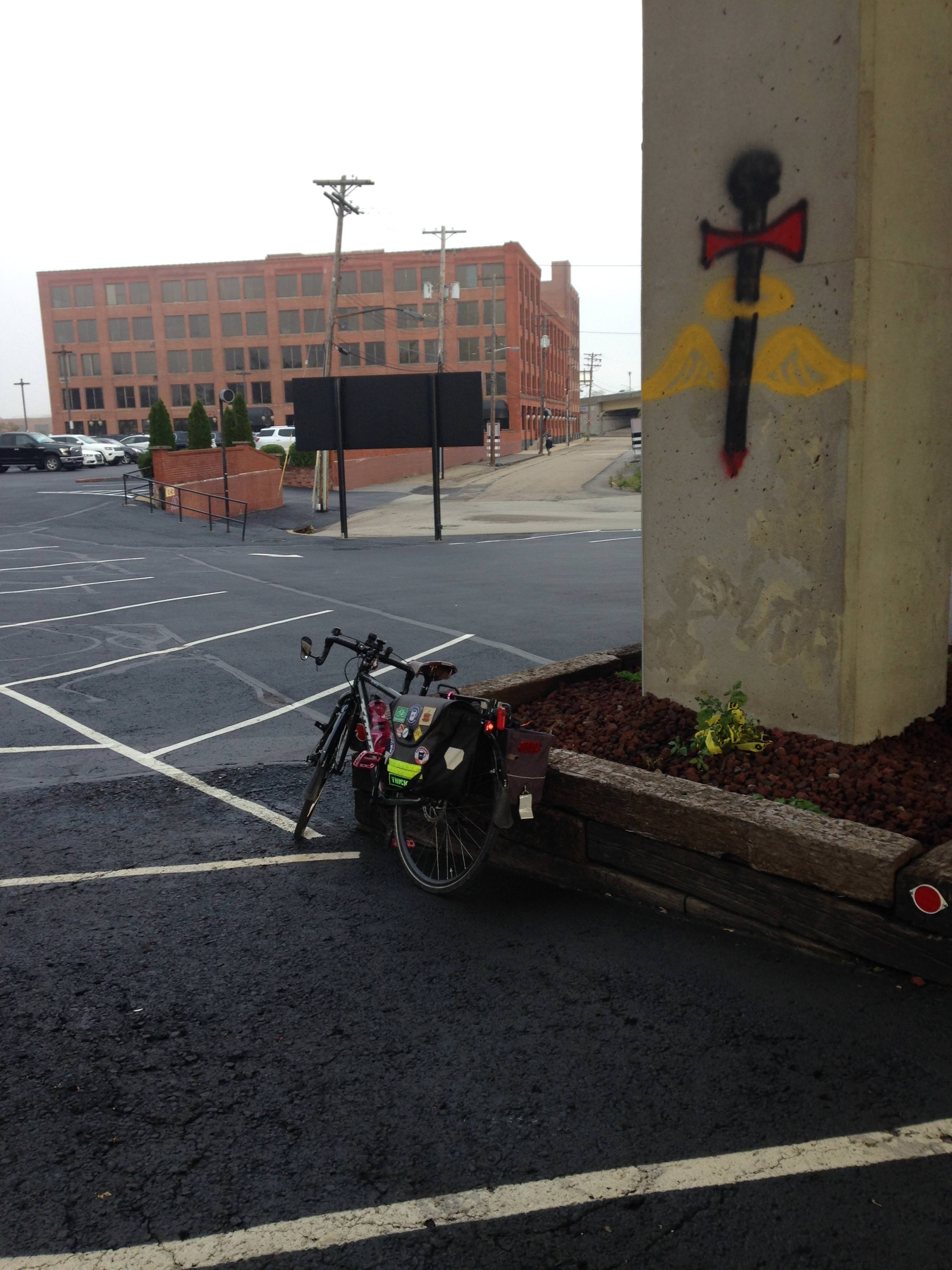 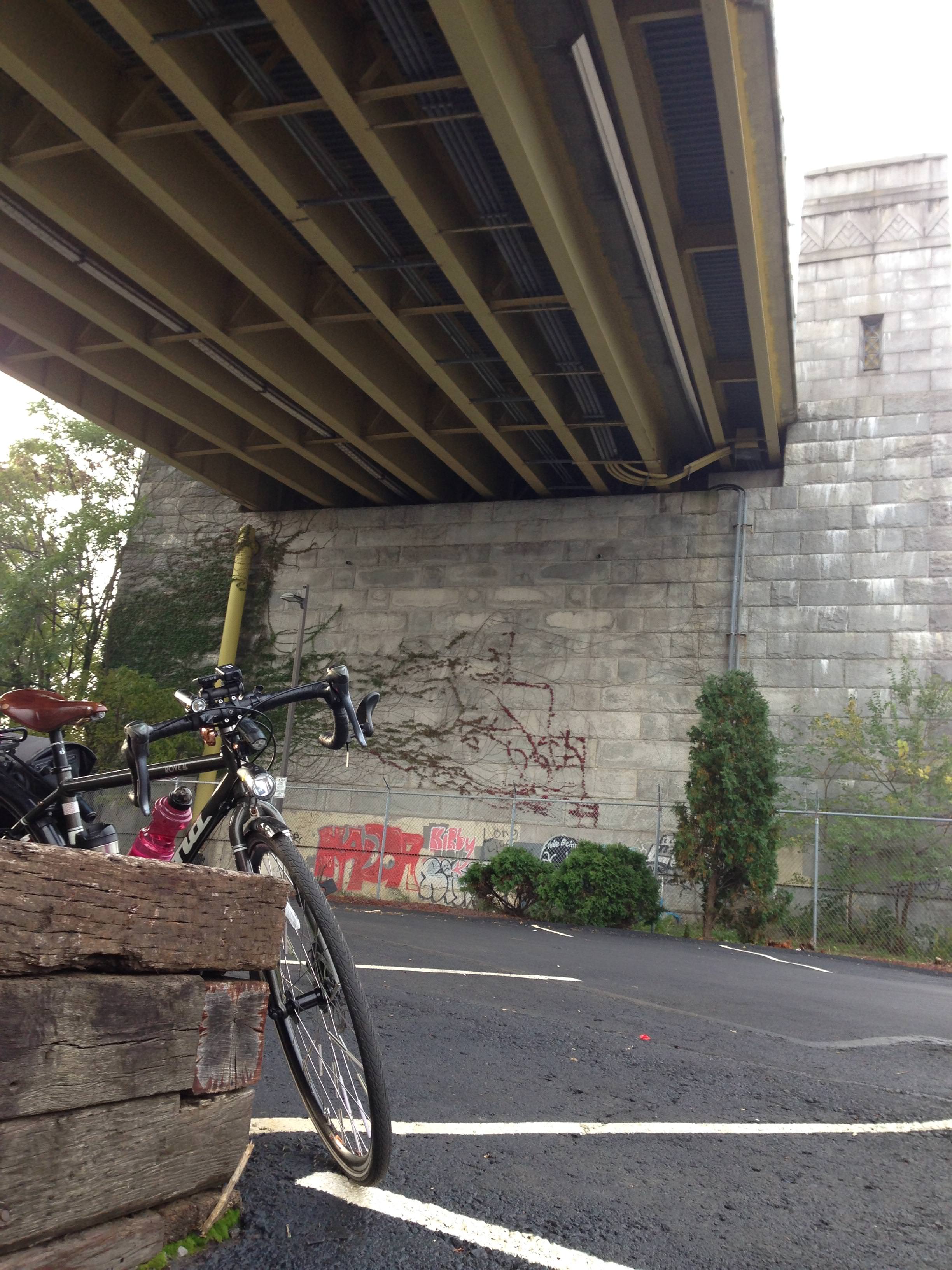 Under the West End Bridge. I love it when tags pop up a few yards from work.

This terrifying thing seems appropriate for Halloween. It looks like he’s been Butchered and set out as a bike rack. 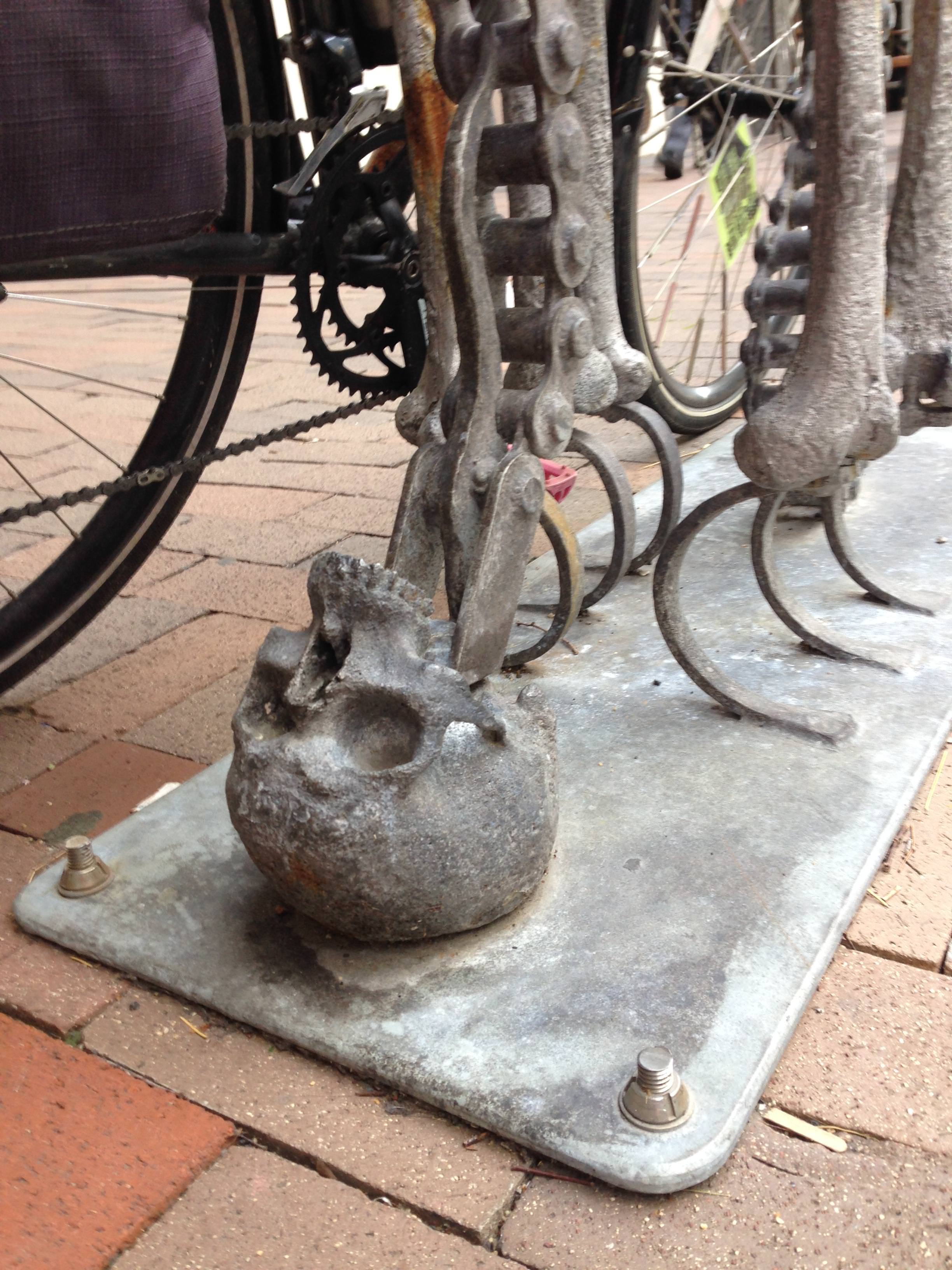 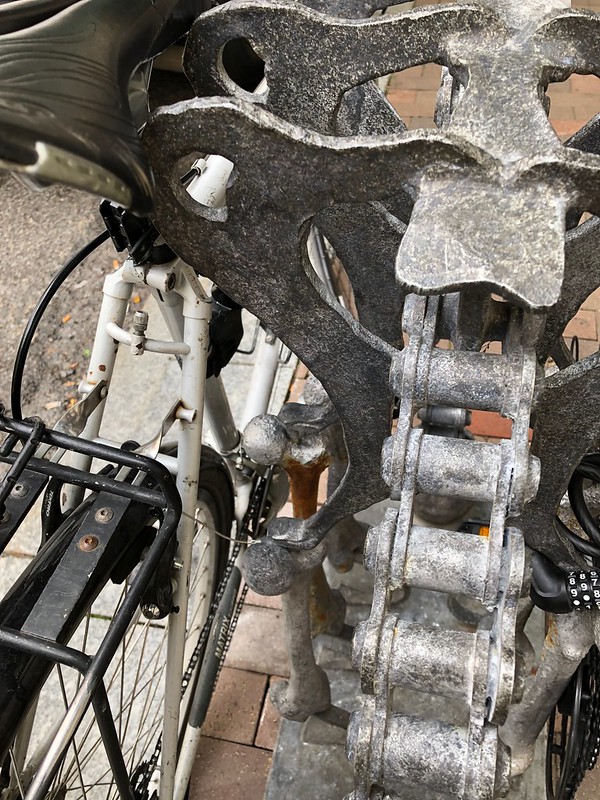 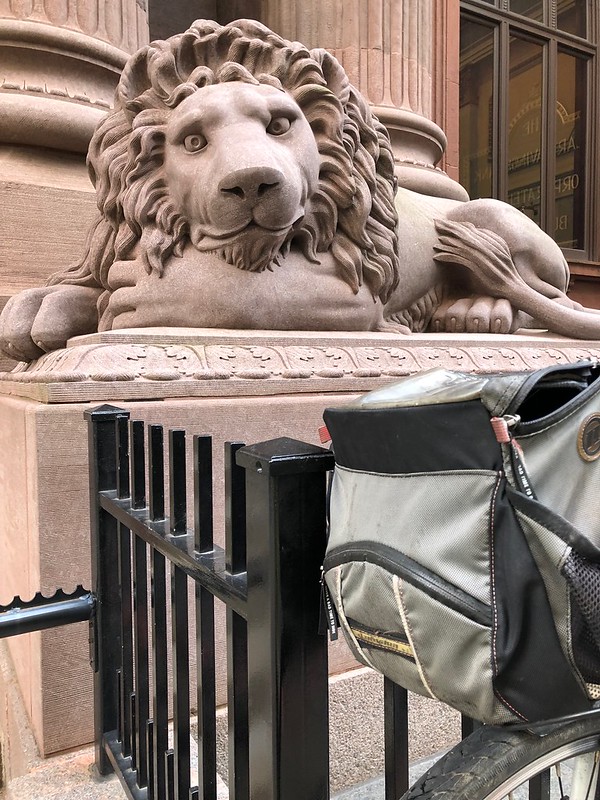 hint: look at the time of the two previous posts

Gaaah, I biked right past that, an hour after it was posted. Easy pickings, folks. This tag won’t last long! 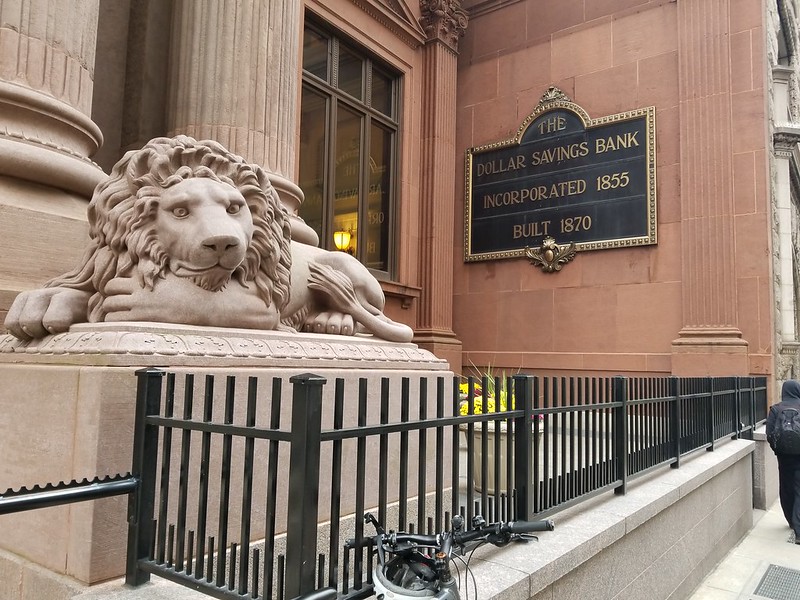 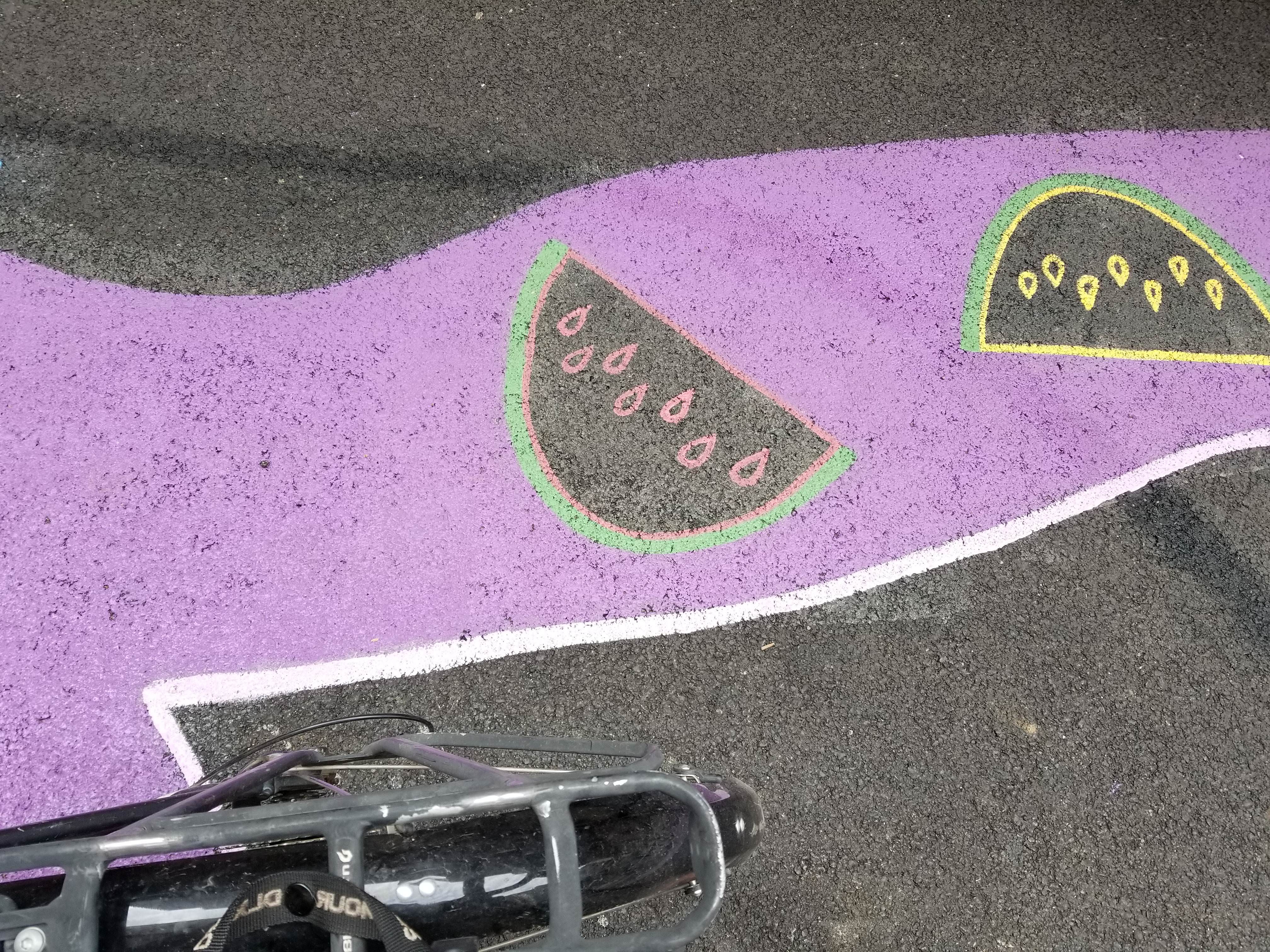 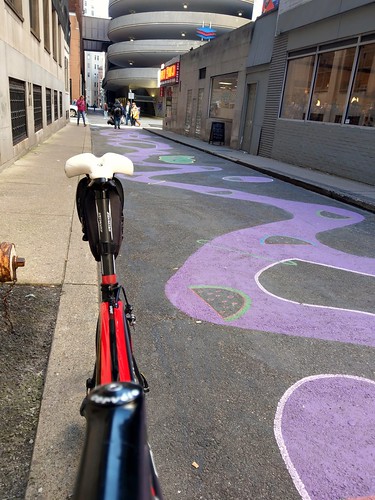 A new tag entitled: ARGYBARGY AT THE ARCHEPARCHY! 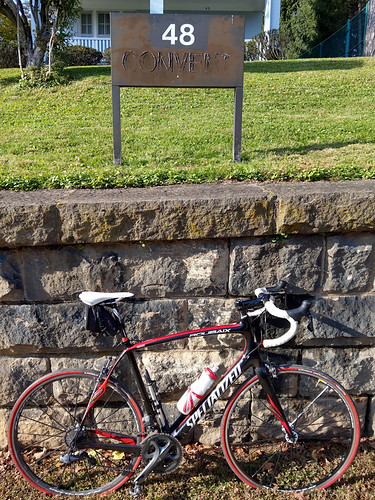 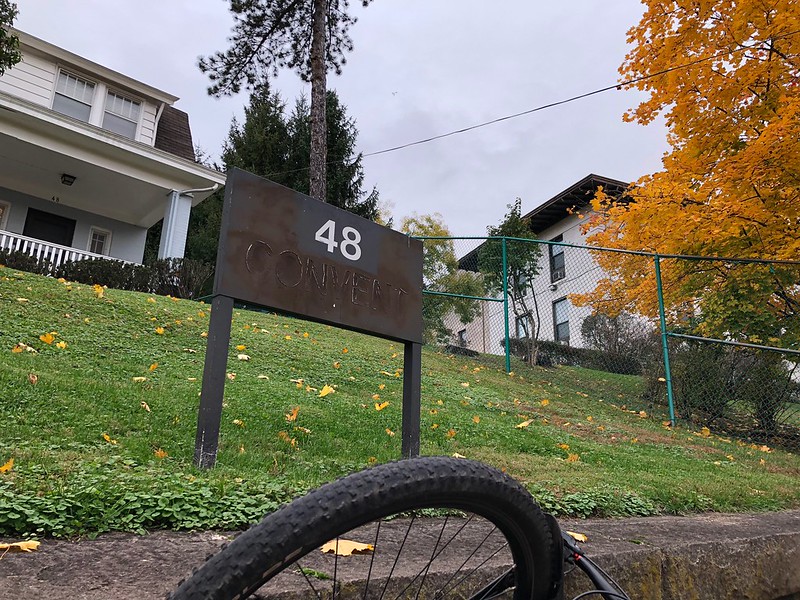 new tag with a nice view 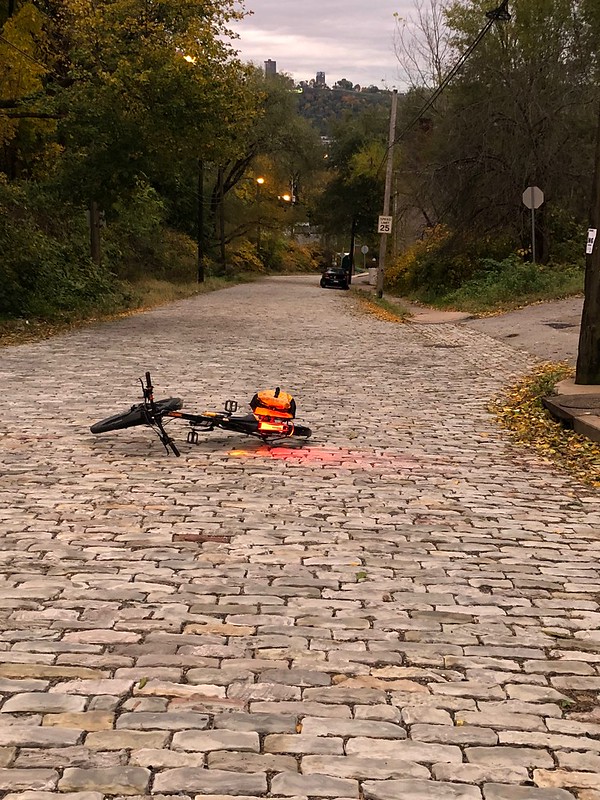 Aw poo. There goes my excuse for riding today! ;^P

Mr Snickett says this is the shortest street in the Golden Triangle. (If the photo doesn’t appear, give me an hour to get home & use an actual computer to upload it. Tried two different ways to post it but I’m not sure either one worked.)

Tag-o-Rama tag drop. Could not tweet it from my phone, could not upload it to the Bike-Pgh website. pic.twitter.com/9hk3KVutmC 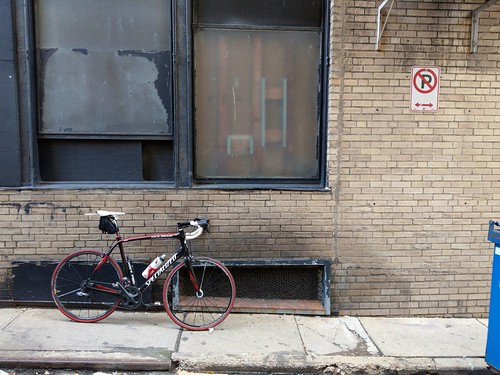 Good day for a ride, if you don’t mind some headwinds. My last tag was a Big 48; this time it’s a Big 32. Should be familiar enough that I’ll skip the hintage… for now. 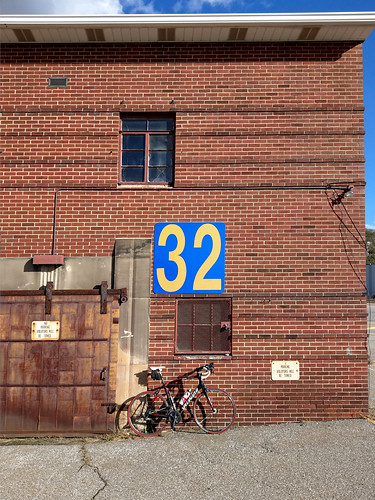 Bruced, but at least I got to enjoy Lemon Way. 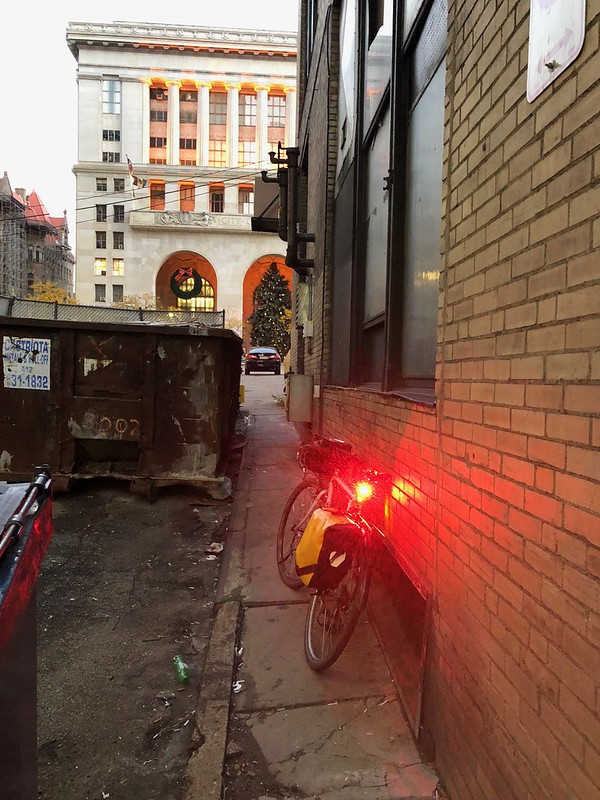 Our first bruce in a while!

Nice shot of the Christmas tree – which went up only a few hours before I took this shot Monday morning.