<p style=”text-align: left;”>I learn something new every day. I’ve only biked past it a zillion times but I didn’t know that Lemon way was an actual street.</p>
Liked the Lemony Snicket reference. BTW, the Netflix series of “Series of Unfortunate Events” with Neil Patrick Harris is muy bien.  Much better than whatever movie they made years ago with Jim Carrey as count olaf.

I guess I don’t have any good clues for this one. If you get caught trespassing here, you could get sent up the river. Or down the river. Or stay right there. I was glad I was just a visitor.

Mmmm. I guess I should have made it easier. How about this: I dropped this tag just off a common bike route, about halfway between Ohio and California.

If I’m thinking of the right place it’s at the end of the line . 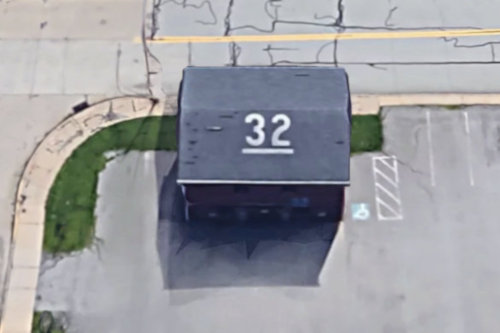 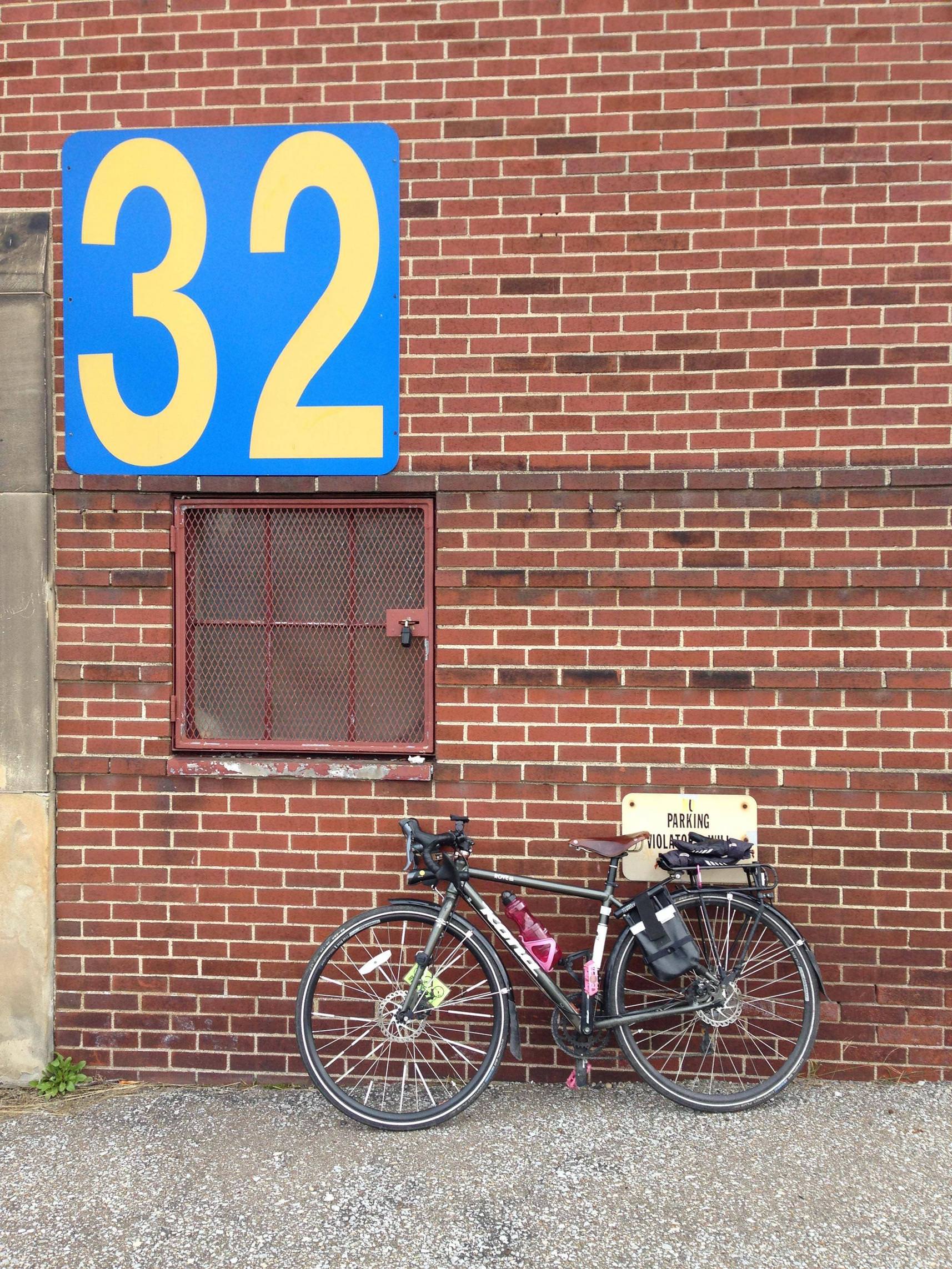 Western Penitentiary, small building in a parking lot at the corner of Westhall and Preble. Somebody likes to do donuts in that parking lot.

<p style=”text-align: left;”>Card in spokes . Is that Frigid Bitch related?</p>

The spoke cards are: Underwear Ride and an AlleyCat 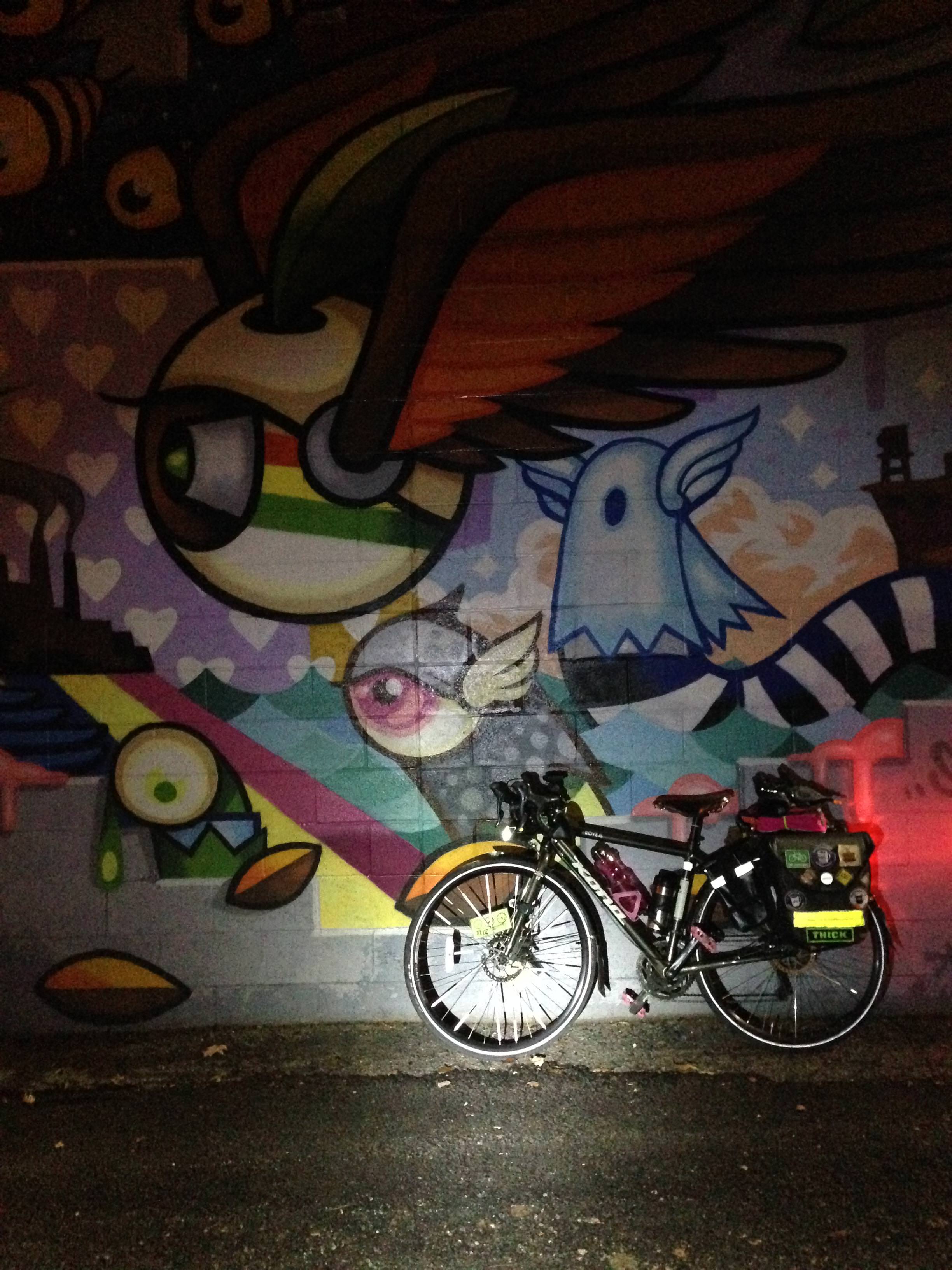 Had to use a light to illuminate the mural, it got a tad dark on my way home!

What Does The Fox Say? 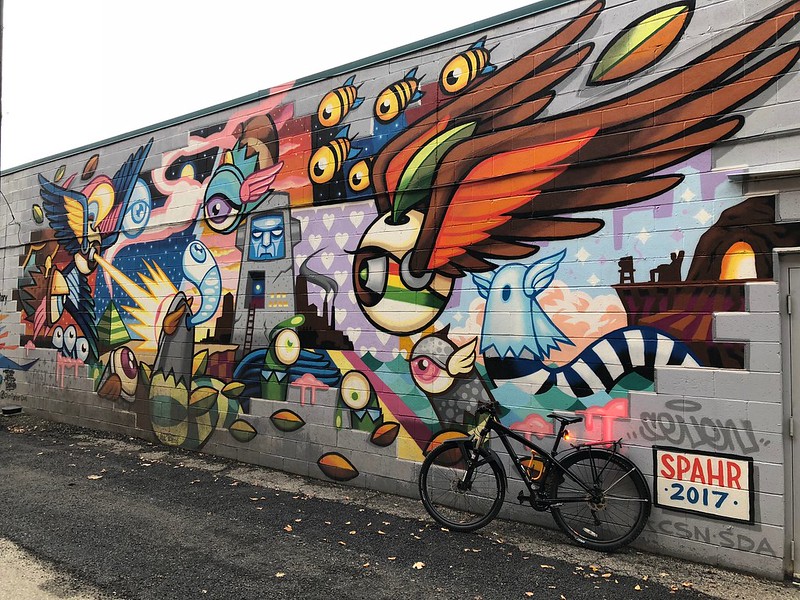 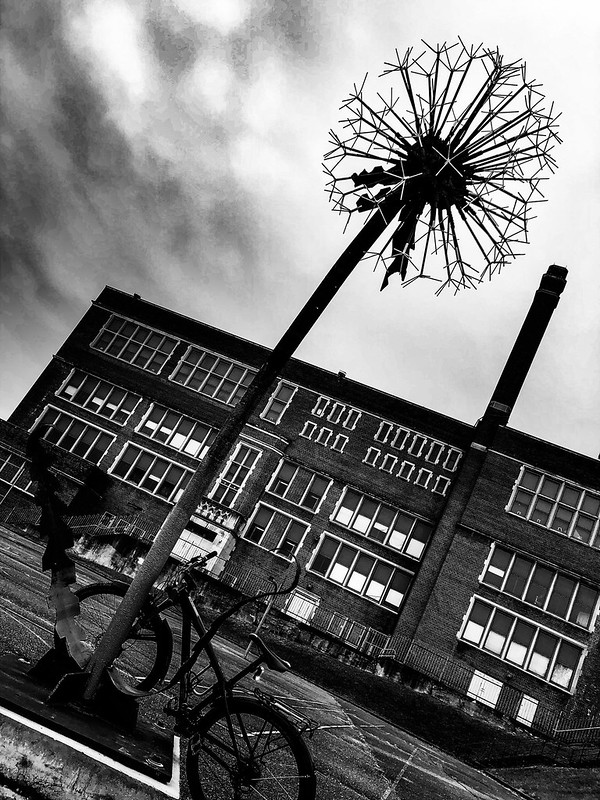 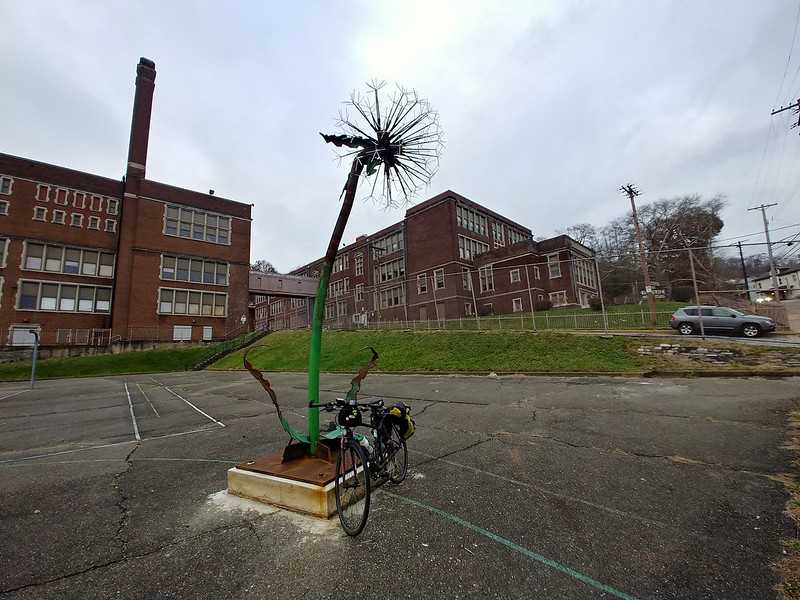 NEW Tag with The Paul H. 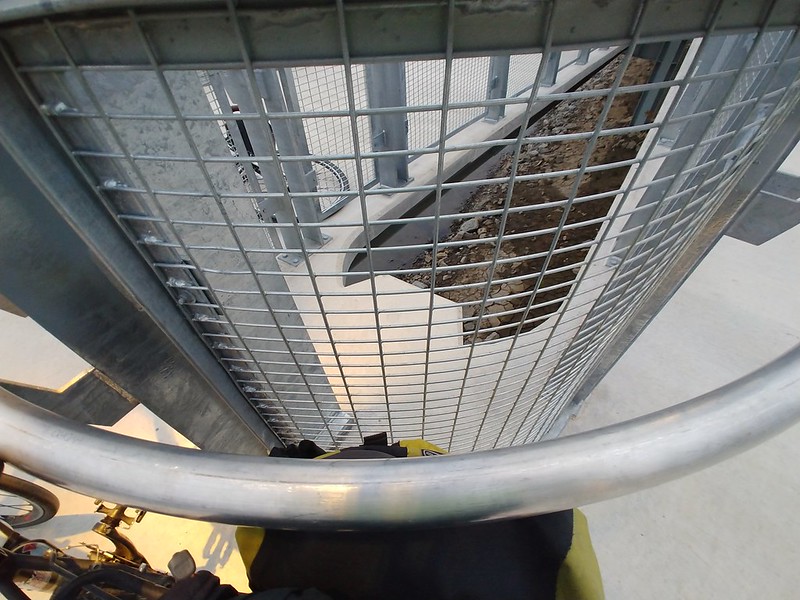 I was just coming here to suggest that someone make the next tag what the next tag is… Because, you just have to at this point.

As co-tag-dropper with The Iguana, here’s a hint: 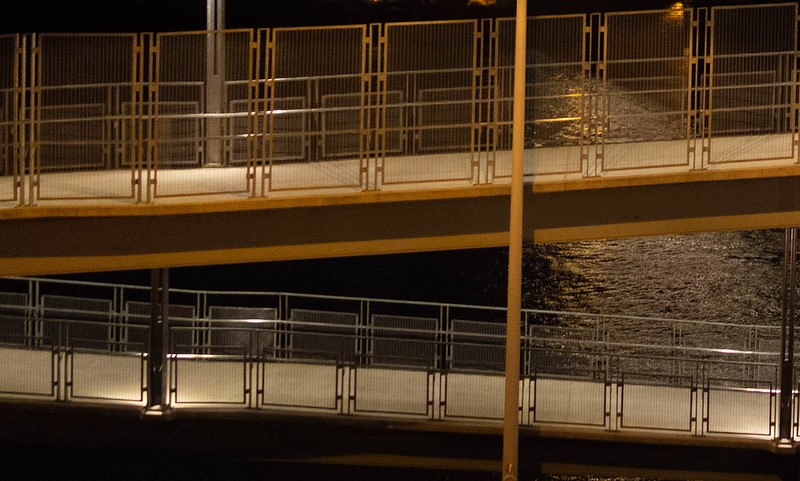 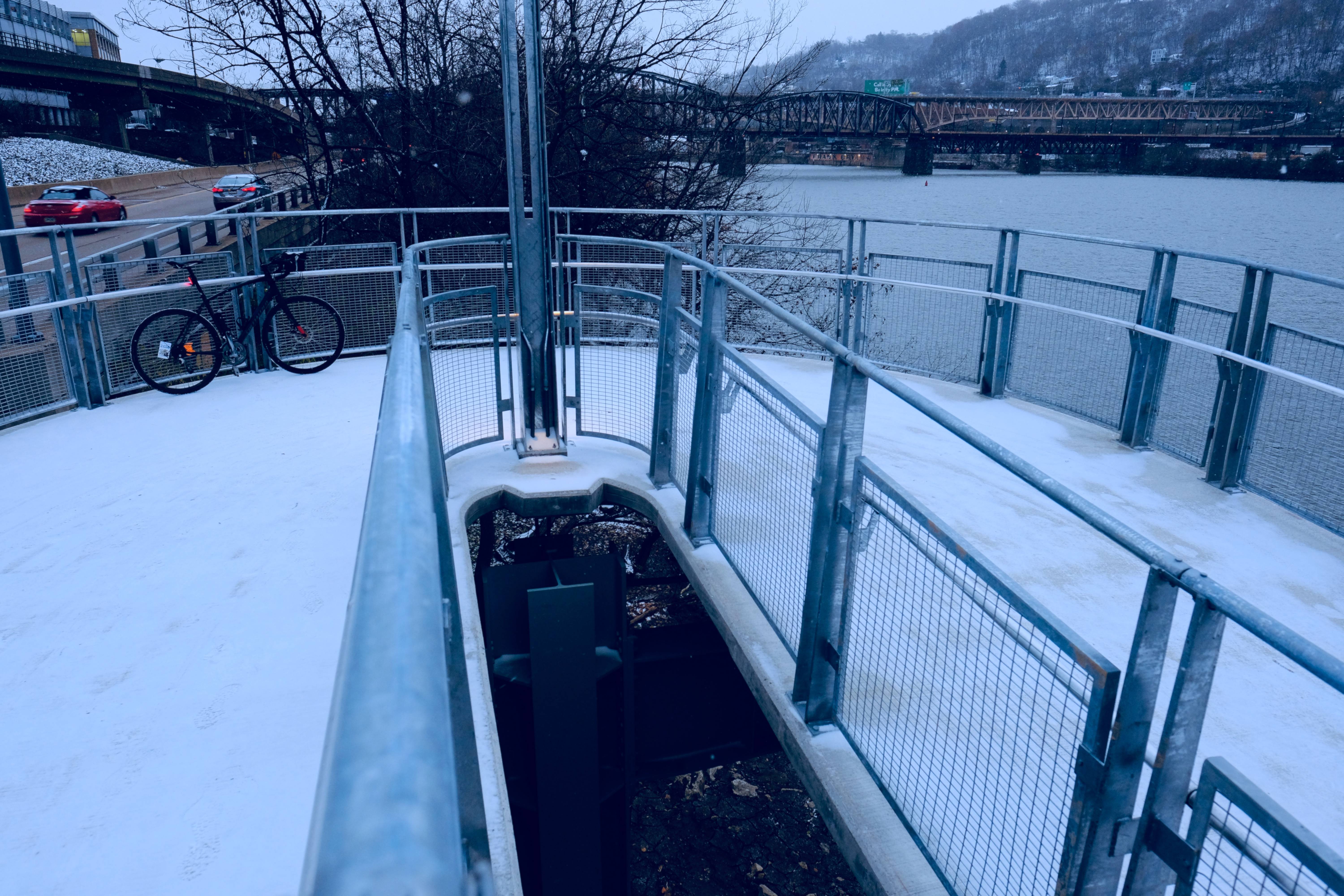 I just found the thread, this is my first tag!

Mazel tov!  This was a great tag. It was pretty much obligatory given how long we’ve been anticipating the ramp.

Make sure to post another one post-haste to stay within the rules.  I think it’s 48 hours, but the quicker posts = more game play. 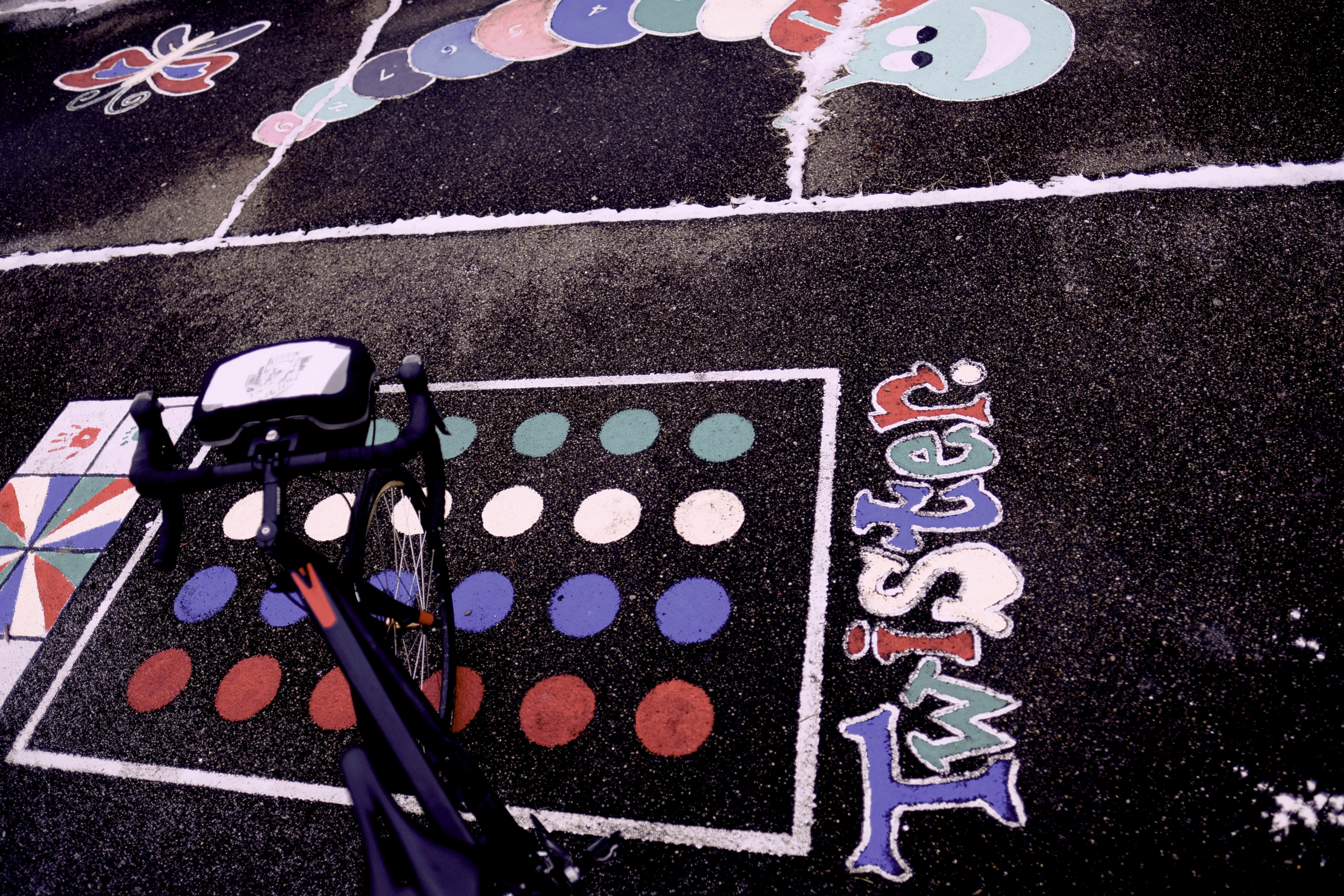 A photo indecisively taken hovering between tribunals of red-black and blue-green.  To dance, the Irish climbed above The iron Staff and rightly stopped to peruse a book.

The Irish climber—also known as the original trekking star captain who lives beneath an undersea rock.

The clues aren’t doing much for me.

A library near a Pike? 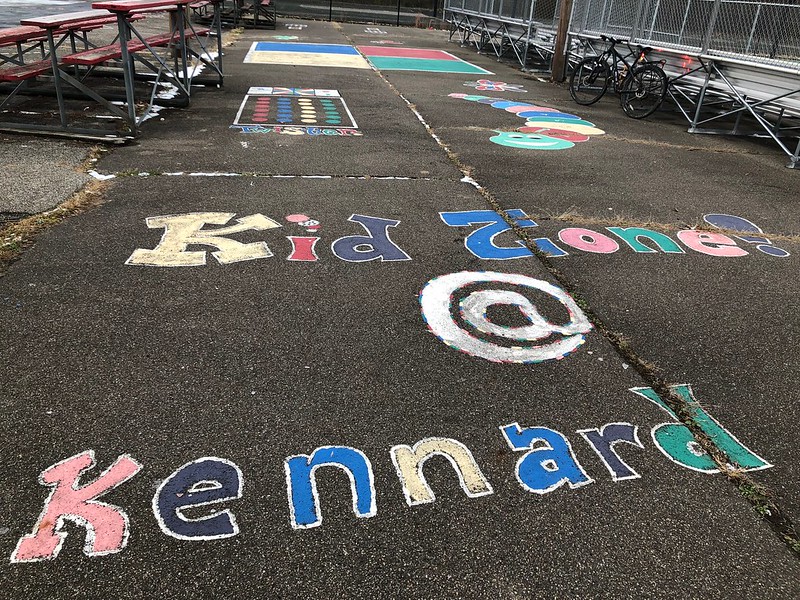 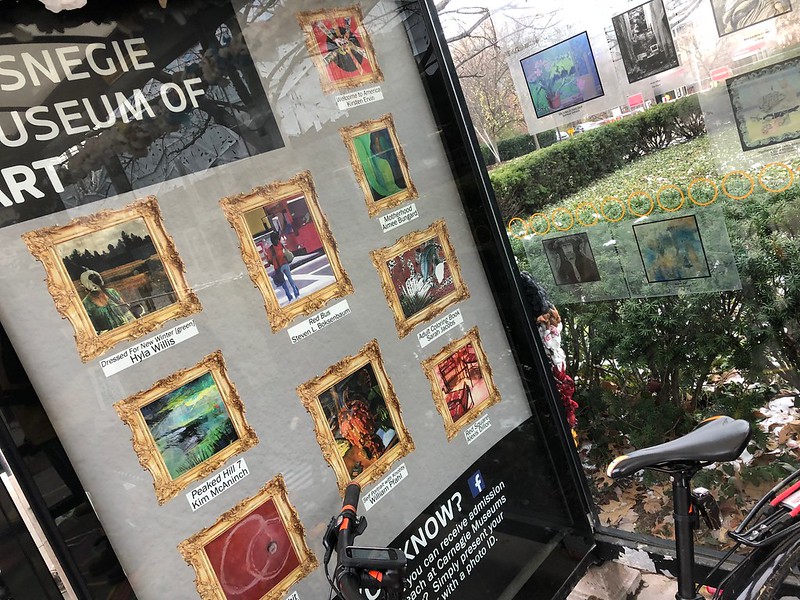 Any self-respecting Trek-fan KNOWS damn well that Pike is the Original captain of the Enterprise!

I have no self respect

Jonathan Archer was (actually, will be in 2151) the captain of the first Enterprise NX-01…and even had the first human run in with The Borg…in case you were wondering…or not…

[If we consider those ‘times’ that an Enterprise travelled back in time, we might? have a different answer…depending what timeline this thread is on…]

That explains it. In my timeline Star Trek: Enterprise never aired. :-)

The PG says the current tag is scheduled to be removed today, so we’re in for even more timeline issues, I guess. We might wind up with a photo of where a tag formerly was.

Um, I’m lost in space. Do we even have a current tag?

A squamata friend of mine figured this out in seconds, so I didn’t think a hint necessary, but here’s one: not car-negie, not boat-negie, but …

It’s been almost 3 weeks since the last tag was set.

I for one don’t know where it is.

this is what i know — squamata is an order of reptiles that includes snakes and lizards. Currently the Carnegie Museum of Natural History has a travelling exhibit about these animals (I saw it, it was pretty good).

And of course the tag is a bus shelter with an ad for the Carnegie Museum of Art in it.

My guess is that it’s a bus shelter right outside the Carnegie Museums, or somewhere within the Pitt/CMU realm on Forbes or Fifth.

As for the second part of the clue — “but here’s one: not car-negie, not boat-negie, but …”  Maybe he’s thinking we should say something like “train-negie.” If that’s the case, maybe it isn’t a bus shelter but maybe a shuttle bus shelter somewhere down in the hollow by that Pitt parking lot/joncaire steps/train tracks. Though honestly the lawn behind it doesn’t fit what’s down there.

Am I going to be able to go out and look anytime soon? No.

But maybe this is enough to get people out and looking.

Update – I zoomed in on the photo. I know right where it is. It’s hiding in plain sight in the middle of Oakland between Pitt and CMU.

Yeah, it’s not a difficult fetch, but I’ve been lazy about getting out due to iffy weather, no good ideas for a replacement tag, and preoccupation with my new toy (Zwift).

I’m connected with Hyla Willis (top left name in the tag photo) on Facebook, who told me exactly where it is. That is to say, was. The structure was taken down a couple weeks ago. Hyla herself used to participate in this game (@pseudacris on this board), and we jointly picked up a tag one time.

I’m for keeping the game going. I just haven’t been on a bike much due to work demands, and right now the bike is in the shop anyway.