Well, at least we know where the thing is. It’s just a matter of getting to it. The earliest I’m getting up that way is about sunset Friday, so it shouldn’t take too much to beat me there.

Heh, my path up there would take me right past Darlene Harris’s house.

I guess I forgot to hit SUBMIT this afternoon.

For the whiners and to spare Stu the climb. 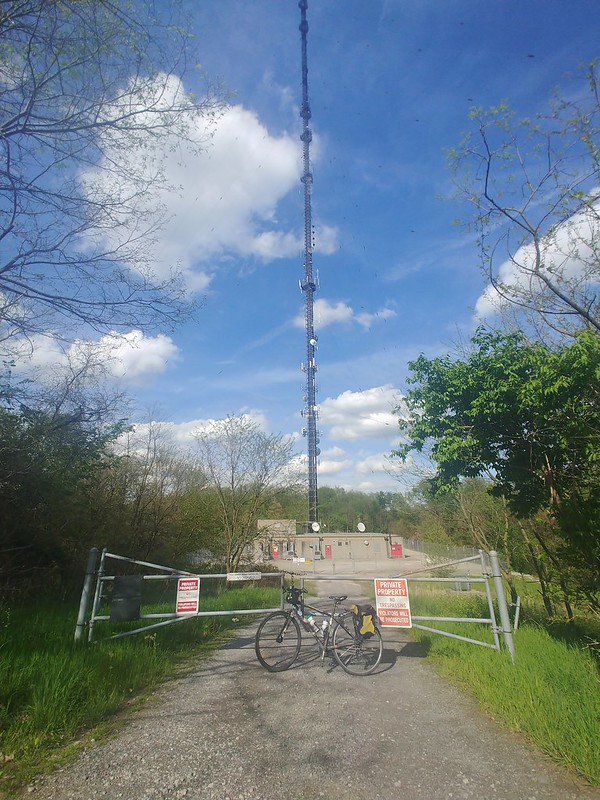 [a number of years ago I posted a tag that addressed this location issue;  when the tag was acquired from a distant location and I suggested it wasn’t a valid pick-up, I was ignored… just make the rules that suit you…but at least, be consistent and in agreement… @eric, @paulheckbert seem to know it all..even if not in agreement. לחיים.]

In the case you raised you were trying to get people to take a picture of the tag from a certain location, which wasn’t anywhere near the closest they could get to the actual tag. In Paul’s case, he wanted you to get reasonably close to the tag. (Paul also objected to a tag pickup I made, but in that case I won because I really was about as close as I could get to the tag, barring scrambling down the hill or approaching it from a completely different set of streets.)
You were trying to add a new constraint on the tag pickup, as I see it — take it from a particular location (you also tried, I think, to enforce that the tag pickup had to be made as a particular time). Paul is merely enforcing the “as best as possible” constraint in Rule #1.

So much for pleasat trees:

Your target this time is more ornithological than botanical. Look for a large raptor and colorful robins and an elderly gentleman’s farm. So get going…we gotta keep this game moving: 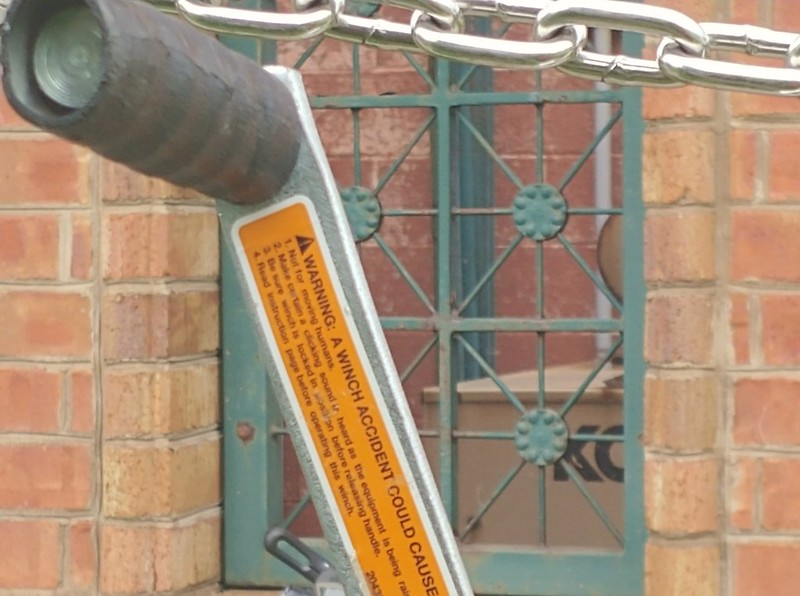 What I’m looking for is a bike. Is that little loop thing I see part of your handle grips? I can’t tell from your tag pick-up photo.

I haven’t figured this one out, but here’s one way to interpret the hint: not birds, but fast food or other business chains.

Ok, here is my best shot.  I have hays bald eagle, then red Robin in waterfront.  Only old man farm I can think of is Bob Evan’s, but none of those nearby.

That is my best shot, now let the smart people go to work.

large raptor could be Giant Eagle – plenty of them around

colorful robins – I can’t think of a Red Robin around here, but it is a chain 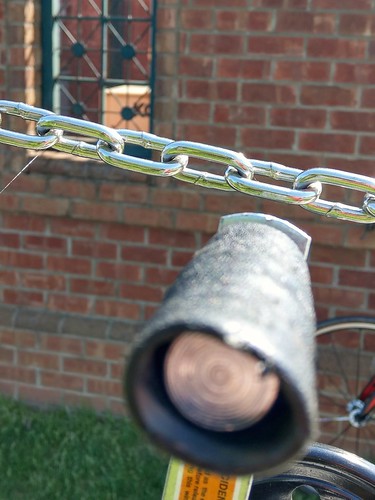 Thank you for the hint Paul. You’re a lady and a gentleman. 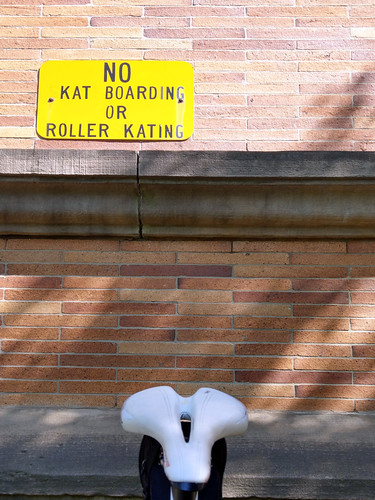 Take a swim, borrow a book, see a show. But don’t try boarding your kat there… 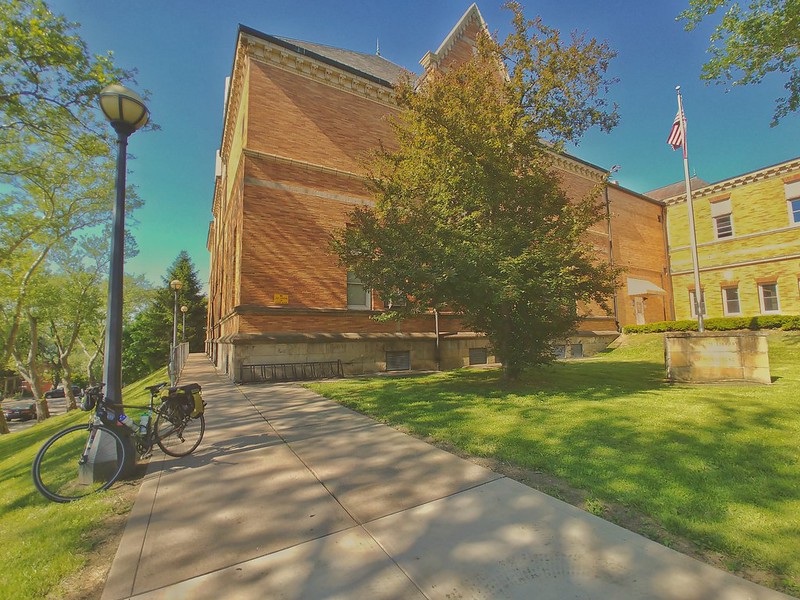 In particular, @katzenmiau might have something to say about that, though I’m sure she’d find the place interesting. 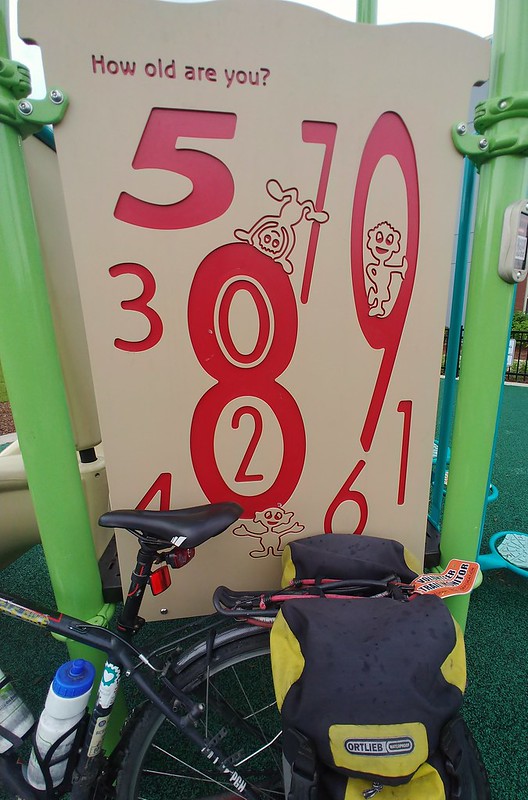 How old are you?

I see peaches…not on the tree…in a bowl…in the past…My age then, in lizard years, was the 9th Fibonacci number… … …

Whew…and with 90 minutes to spare.

[I’ll bet you don’t believe that the clue was formulated before the tag was identified.]

This game is supposed to be about cycling and exploring, not about spending hours at home solving too-difficult puzzles. If tags are going unsolved for a week even in nice weather, that’s a sign that they’re too hard.

Gotta agree. I have no idea where to start. My first hunch was there would be a football field between 34th and 35th streets with a children’s playground. Such a thing does not exist.

The clues given are more confusing than helpful. I’m already a half hour into this, and nothing.

For that matter, I have yet to properly locate the angle iron in the river.

In the past, if I could not pick up a tag, I could usually figure out where it was and contribute an additional bit of info so someone else could. But I don’t even know what side of what rivers to start looking, and there are dozens of nursery schools and elementary playgrounds inside the box.

I have three tags I could set. Can we please get this game rolling?

As for current tag it is not: 12th or 39th st Southside, 40th st lawrenceville, 2 parks in mexician wars streets.  I haven’t tried to decifer the clue those are just where kid and I go to play. 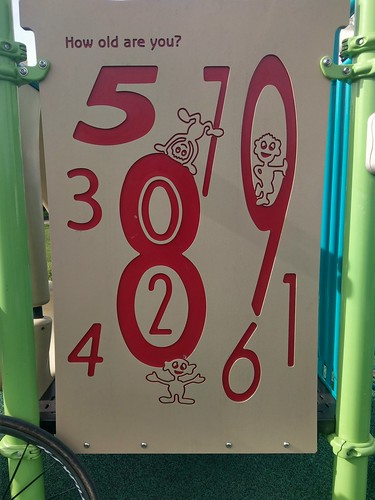 yay good work Ornoth.
I don’t get any of the clues, so if somebody could explain them I would appreciate it.

The formula as stated in words is correct, I forgot to square the terms on the left side. Thanx.

Some of The Iguana’s hints are more reasonable difficulty (e.g. “large raptor and colorful robins and an elderly gentleman’s farm. So get going”) but the West End Bridge homeless camp and the Auburn peach bowl tags were too obscure, ground the game to a halt for a week or more. There’s less shame in posting an easy tag than posting a too-hard one.

</div>
<div align=”left”>
<p dir=”ltr”>it seems that a year or two ago, changes were made to the web system that resulted in much longer response times (like 5 or 10 seconds instead of 1 second) and that drove away most of the users. I think that, by itself, is the main cause of the decline of this messageboard [which includes tagorama…</p>

</div>
<p dir=”ltr”>There’s less shame in being transparent and consistent than not.</p> 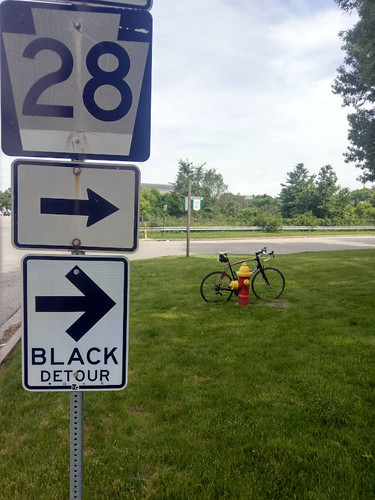 When Big Bird visited his uncle G.E. at the office, he called this “The most remarkable intersection I’ve ever seen!”

I’ve been riding around all day, as I have  day to ride (@eric you know it)…all along the Black Detour; those people up there have a real race issue.

And the hints…oy…who can figure?…certainly not my lizard brain…Big Bird has an Uncle Slim, but he doesn’t work at the Giant Eagle in any capacity; even the corporate office.😜

But my Dad, The Big Kahuna Iguana, OBM, may he rest in peace, gave much business to the A. G. Mauro Company. So, while up along the “detour” I decided to take a rest there. ..and, oh, my dear friends, such a view…let me share:

Big Bird says the alphabet is the most remarkable word I’ve ever seen. Alpha beta. 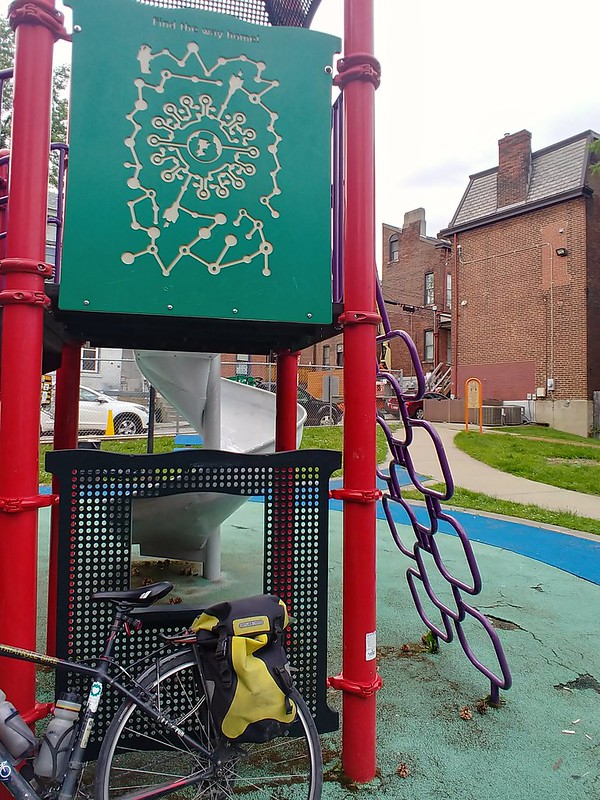 More neighborhood playground fun. Find your way… in the hills of the Alps and look for James Davis’s cat or assassinated James Abram.

Obviously it’s time for another hint

Obviously? Of the five people that actively play/whine the game, I thought they were injured, on vacation, bike in the shop, catching up on their sleep, on a business trip, in counseling, incarcerated, lost phone/no internet access, and/or etc.

I suppose I could have picked this up one day last week. But I’ll supply an additional hint: James Davis’s cat is two-dimensional and has the same name as a Pittsburgh neighborhood.

Iguana: congratulations on grinding the game to a halt for 20 days. Can you achieve 40 days?

Jim Davis is the Garfield cartoonist. Garfield was assassinated. So it’s somewhere in Garfield?

Good luck to anyone who has time to ride around to every schoolyard, daycare and playground in Garfield. *rollseyes*

I looked all over the hills of Garfield and couldn’t find this at any of the green spots on the map. Found lots of decrepit playgrounds though. Maybe I missed something.

So please give another clue.