I think you should get closer.

For the Dark Webb: Have a glass of whine. More intimate… 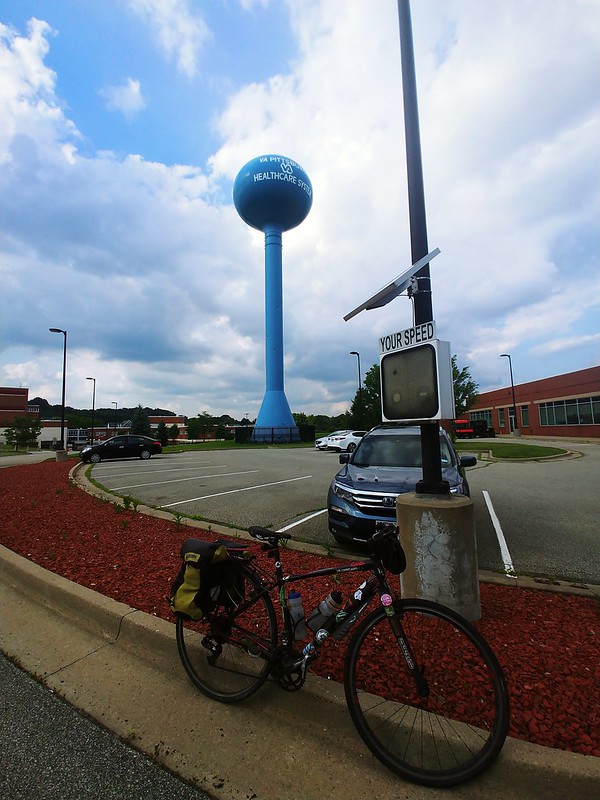 That photo is not the location of the tag

There’s medication for paranoia…don’t mux it with whine though…
However, it is in my nature: Iguana taunts mans best friend:
<!–more–>https://youtu.be/uRg4pHO9Lls

It appears I have to commit a post in order to unsubscribe from new notifications.

Had enough. Enjoy your game.

Ditto. I stopped actively playing the game/following this thread but I popped back in every so often to see if there were any new cool tags for me to see around town.

Instead, it is more of the same. One person has decided to make themselves the focal point by denegrating others.

Or, more plainly put, The Iguana is acting like an asshole, and has for months, but doesn’t seem to care and actually seems to thrive on stirring the pot and getting negative attention.

I experience enough of that narcissistic behavior from certain POTUSes. I don’t need to experience it here.

I’m saddened that a once nice game has been basically turned into one person’s vanity project.

As Ornoth said, “Have fun with your game.”

Maybe I’ll check in again in a few months but I don’t need the mishegos in my life if people can’t act like mensches. 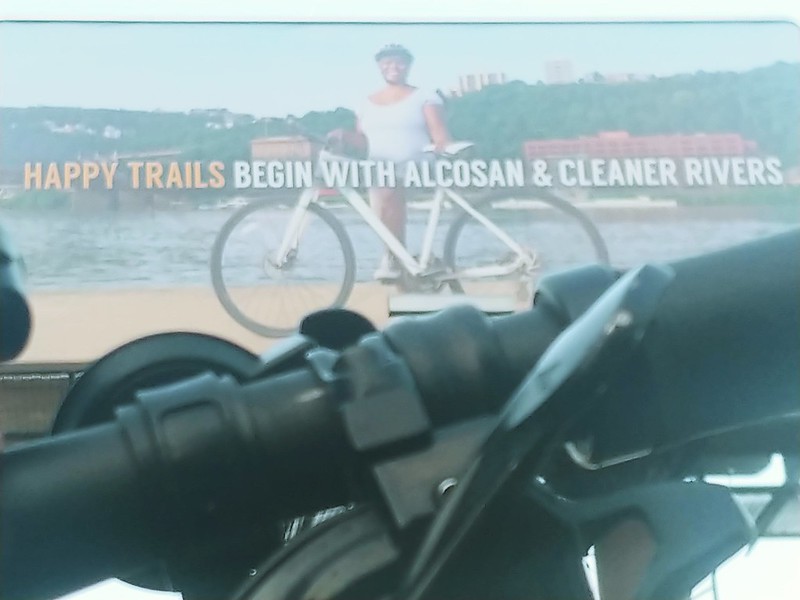 The sad part of all that is, when I went back to dig up that AGH tag, I saw there was discussion even then about adherence to rules making it difficult enough about picking up tags that some were leaving the game. As a parallel, note the disappearance of the second game, Wheelset of Fortune. That one was fun, too, as long as we had 10 or more people. That fizzled out not because of personality conflicts but because of a general drop in message board traffic. People move, people move on, and we haven’t brought in any lasting new faces.

Myself, I’m not riding half as much as I was, mostly due to a different work schedule. I haven’t had the luxury of gallivanting halfway across the county on a treasure hunt or joyride, in two years.

The current tag, maybe I’ll look for it, maybe I won’t, but what I can’t do is say, I’ll look for it on my way to or from work. The Riverside St tag I got a couple weeks ago, I didn’t get to work until nearly 10, and that was knowing where it was. This one, I don’t, and am not likely to start looking before the middle of next week.

We’re down to only three or four people, so this tag might sit a while.

Well, I’m not done. But I would like a word clue, please.

Go west in the way of native Hawaiians, but stay in the county and the box.

Those are some good clues, I suspect, folks.

Between Western and Maolis way near Allegheny 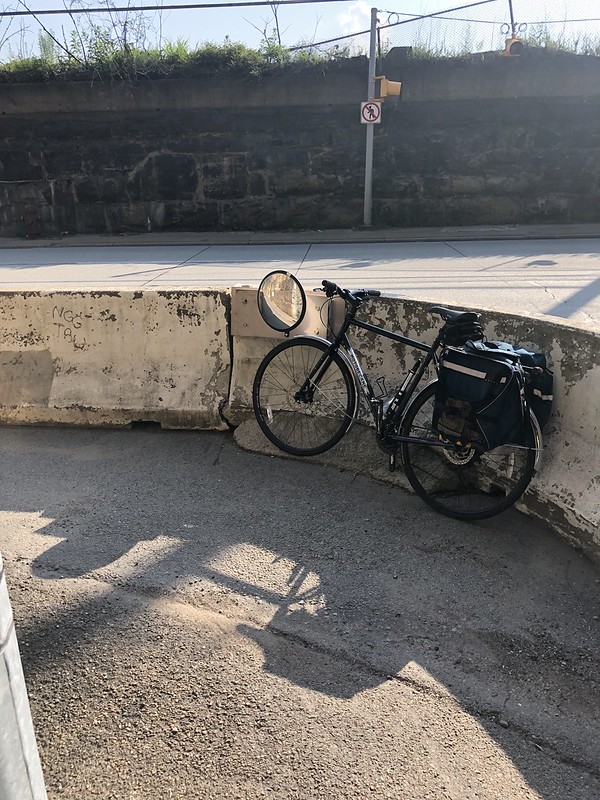 Aw, crap, I biked right past that about two hours later, returning from the Flock ride.

That’s such a tight turn. I lost my balance, going so slow around the corner, I had to put a foot down so as not to clobber the pole shown.

Never mind. I see it’s on Facebook. Somehow it never came up on my feed.

New mirror, Swinburne and Second Ave., in The Chute: 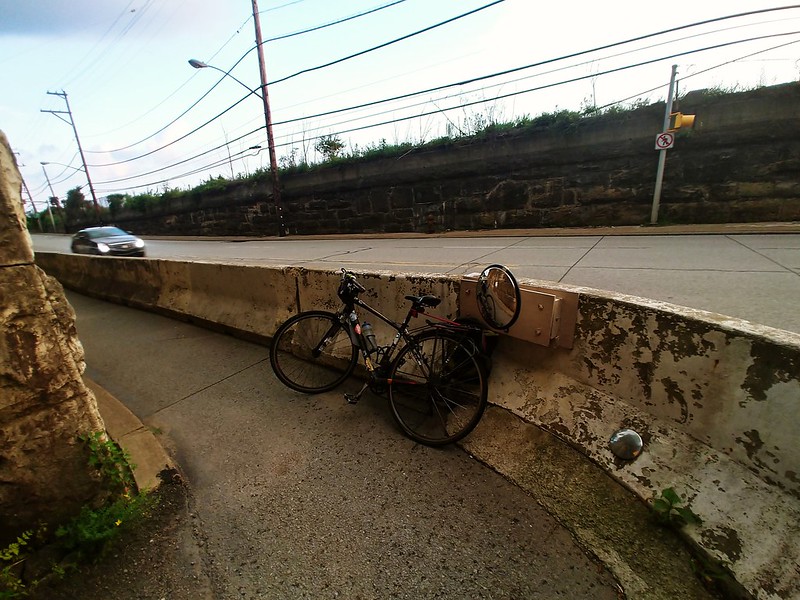 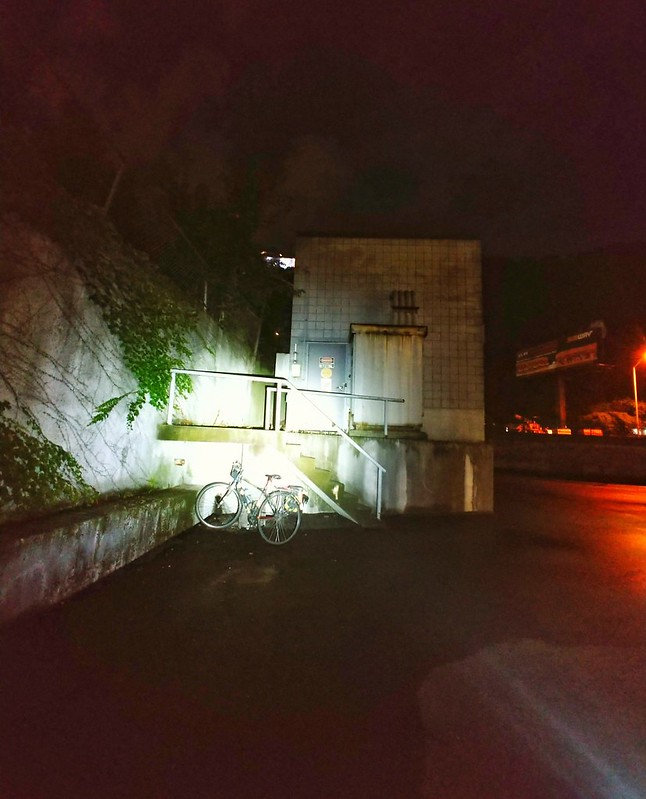 Hint: This address may look like Trump’s house, but it’s on a different street and in the opposite direction: drive your vehicle with your boy child and pick it up.

OK, I don’t need another clue, after all. My mind kept going in circles, but then I figured it out. I might pick it up tomorrow if somebody else doesn’t pick it up first. 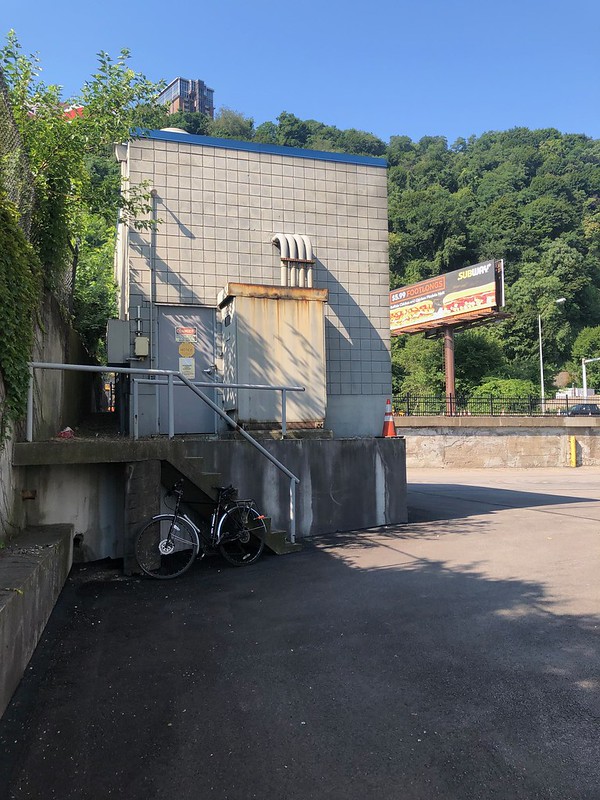 I am now either inside Yale’s head, God help me, or he’s making the clues easier. 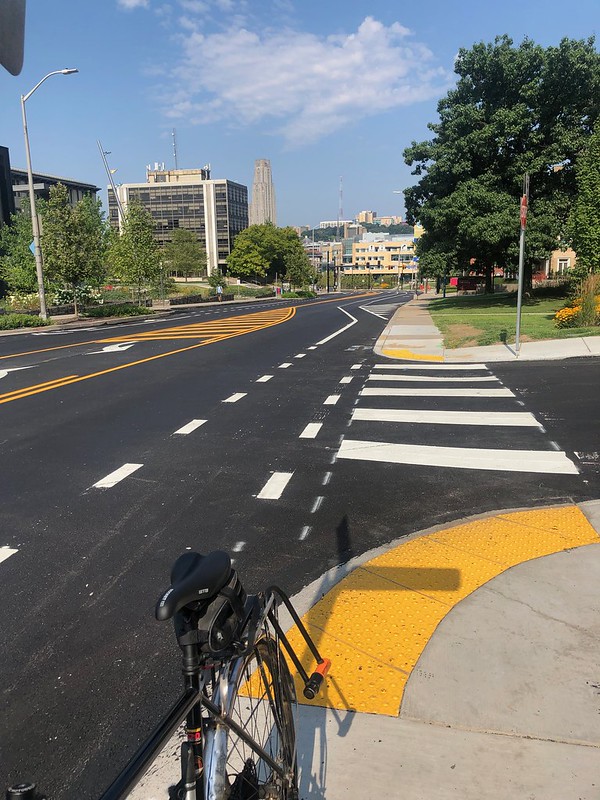 No need for a word clue

Ok, got my picture for the tag, but am not technologically proficient enough to figure out how to post without jumping through electronic hoops.  So Bruce away, or someone tell me how to do this simply.

Ah, ignore all of that grousing.  Devon and Forbes, new paint in front of CMU- my first time riding through these since repainted.  It’s nice.

BTW, if I’m not mistaken, you figured out a new way to upload photos.

Now I need to see if I can do that again.

Might have to hold off on that picture for now.

when the streets Open 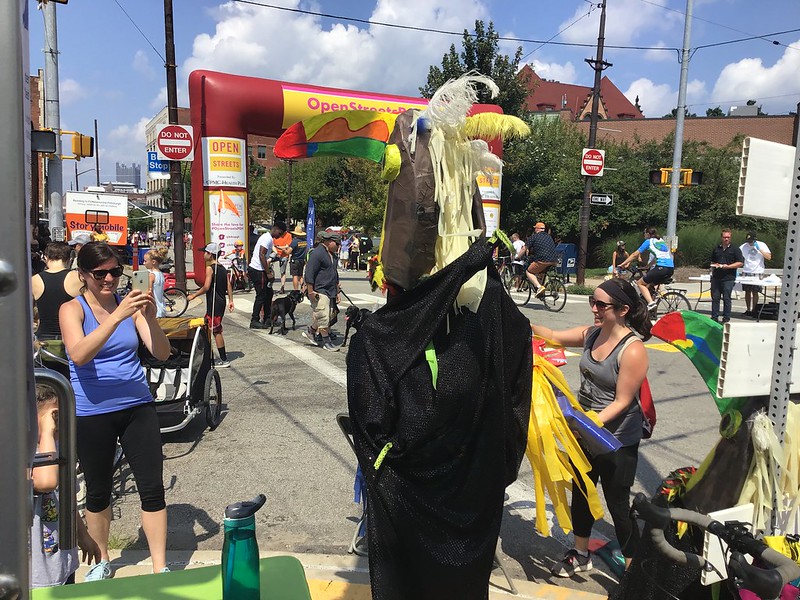 Sorry for the delay – hopefully any of you who did not ride open streets will figure out my clue.  Now that I think I have this photo thing figure out I will participate more, although I am more of a lurker.

I haven’t received any tagorama notices since 7/21… Something wrong with the message board…more than the usual dysfunction? And I see there has been activity…the game moves on…

I got the gist of thus tag…even with Miltenberger misspelled in reverse…and Gist is before Miltenberger unless one is going backwards on one way Forbes here. Forbes and Miltenberger: 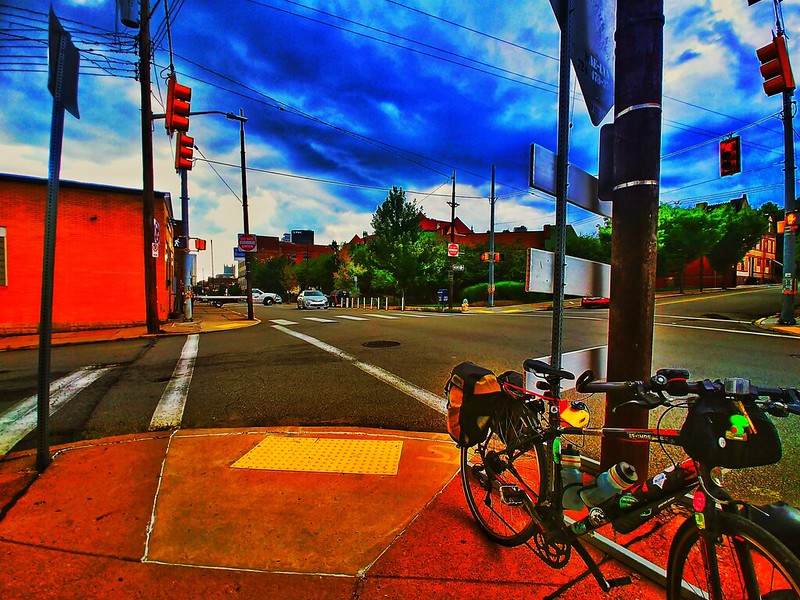 Sorry for the misspelling. But if you were going backwards on Forbes and reach Miltenberger, you have gone too far. But you did get the Gist of it.