Sorry, I thought I had made this one easy enough two weeks ago, by providing a hint picture containing the muralist’s name. Also, the second rest stop of the All-Pittsburgh-Neighborhoods ride has usually been at Jacob McCrea’s shop in Allentown.

Thinking about early computer games night help Stu.
I may pick this up tomorrow evening. I was near it a week back but didn’t have my bike. 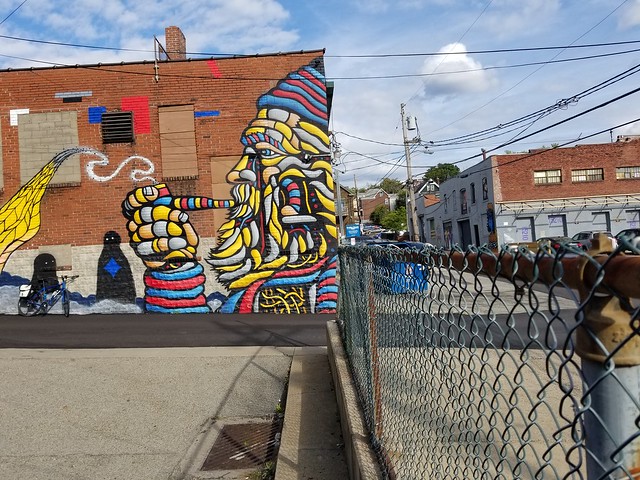 Asteroid Way and Manton Way on the side of Warrington Beer in Allentown.

That was my first time climbing up Brosville St, so much glass on the sidewalk. 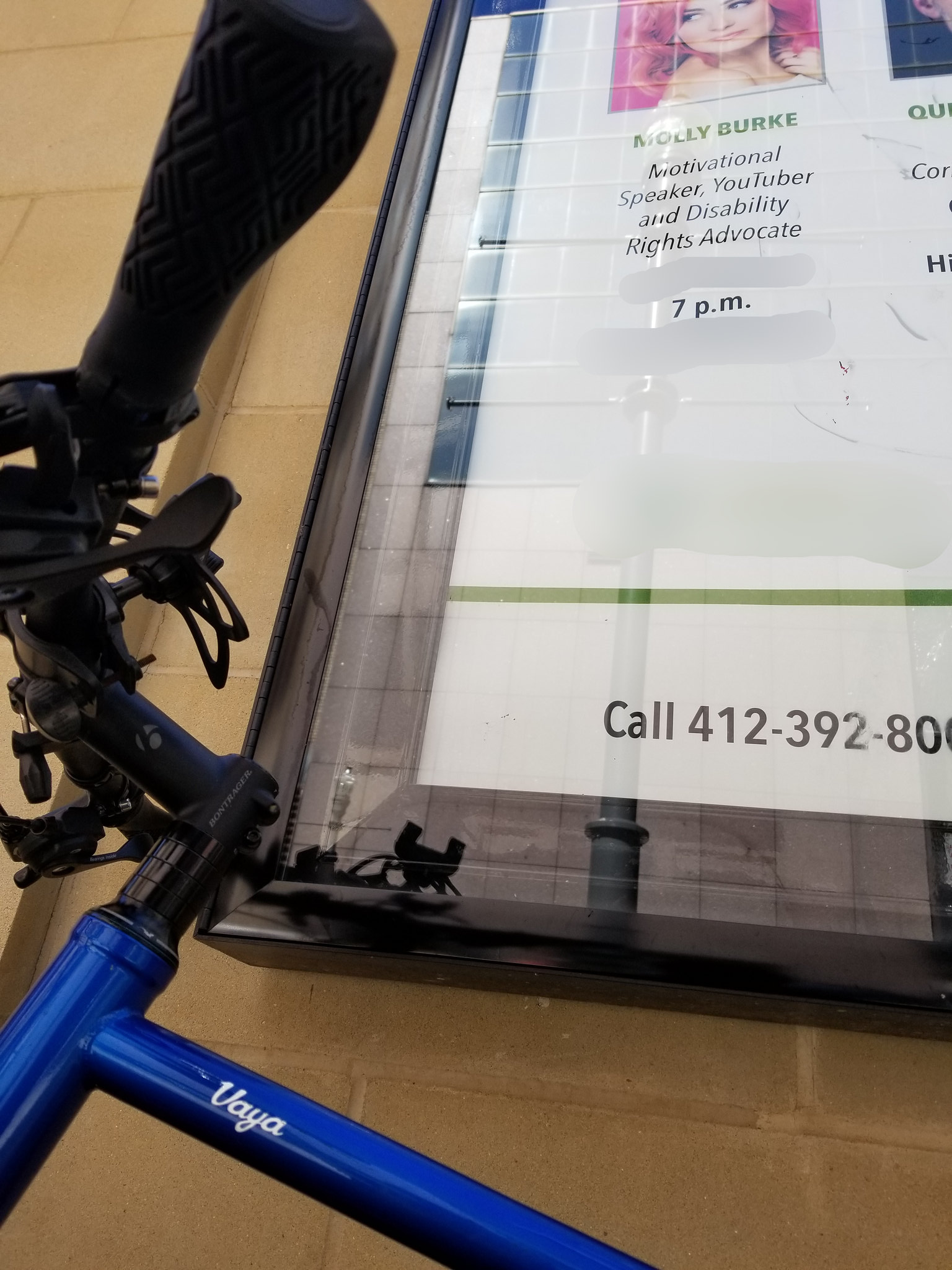 Downtown, so no hills involved for this one. 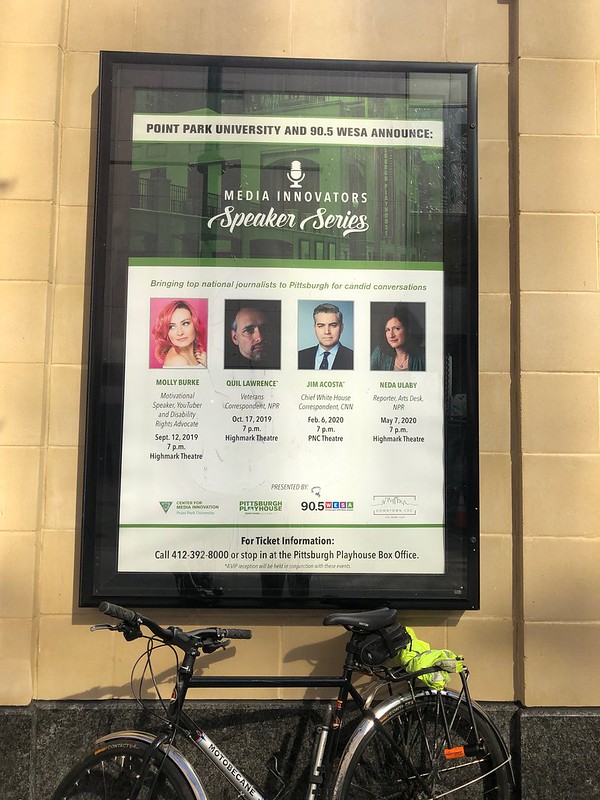 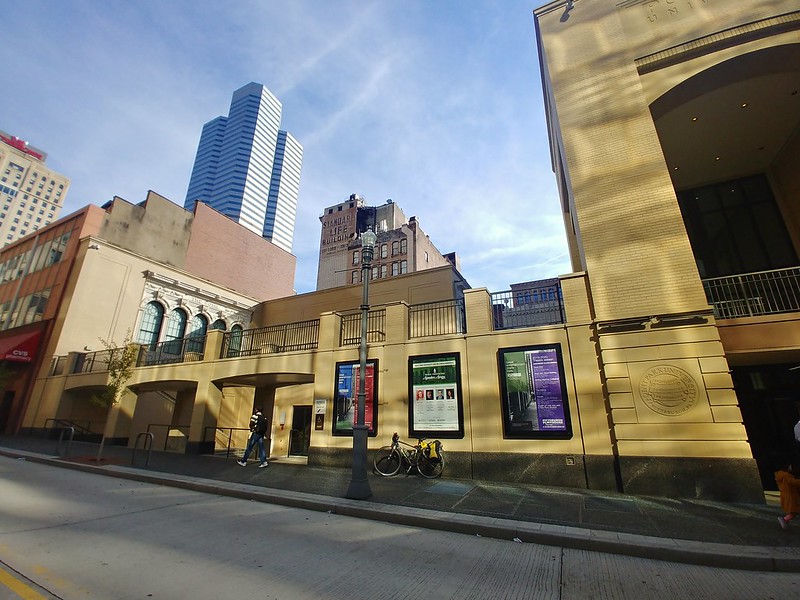 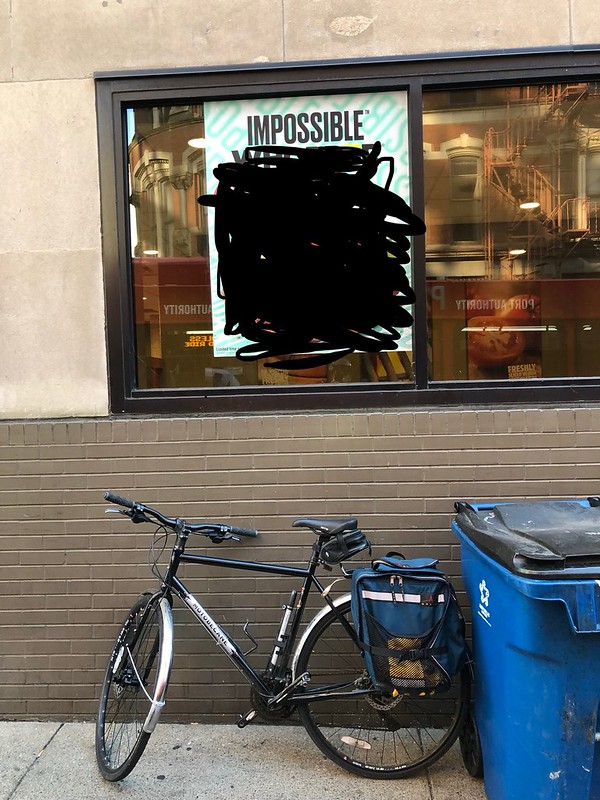 I might be able to grab this, but I’ll spice the pot by adding the one clue nobody else will pick up on: The bus you see in the reflection is an O12 McKnight Flyer. The couple of letters you see on the side route sign say “McCandless Park & Ride”.

He arrived just seconds after I took my pic.

Hint: There’s a jubilee nearby. 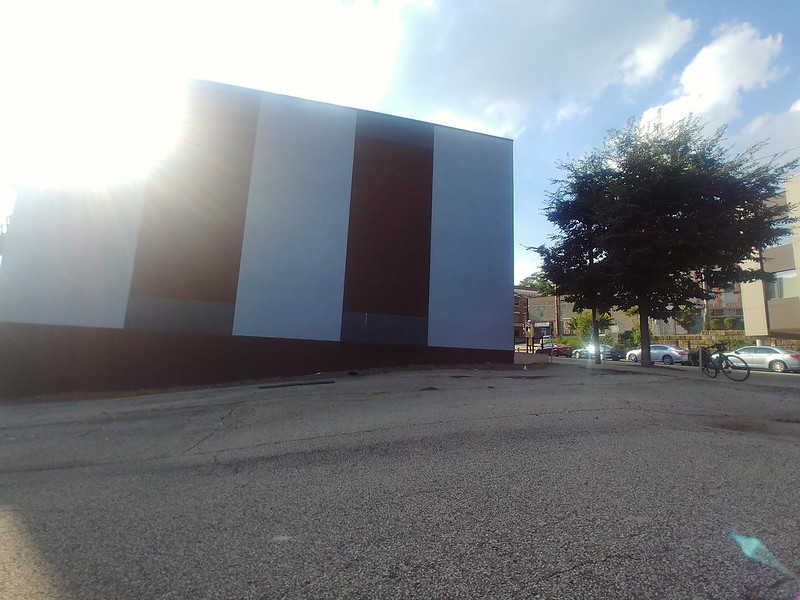 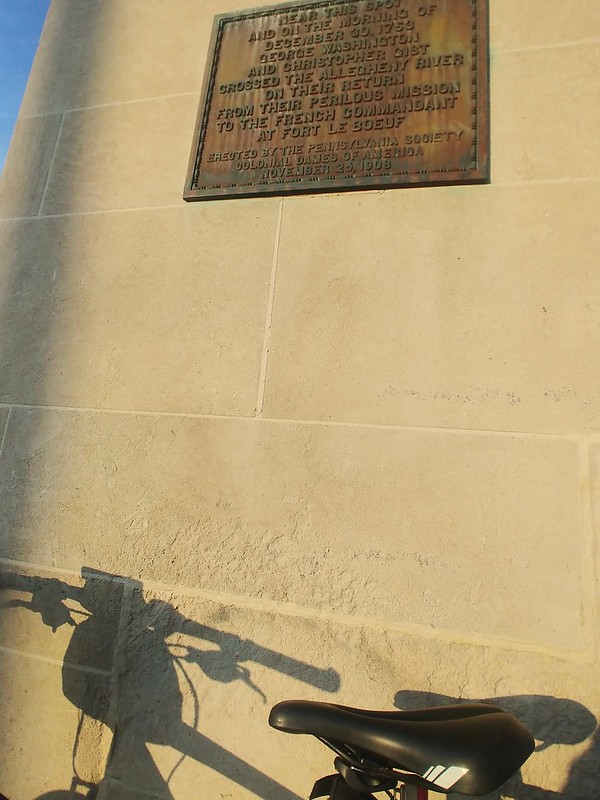 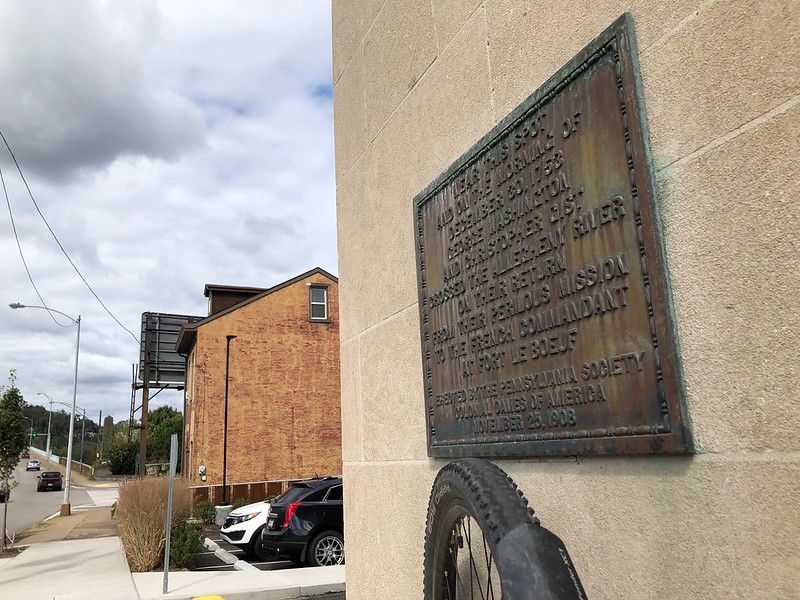 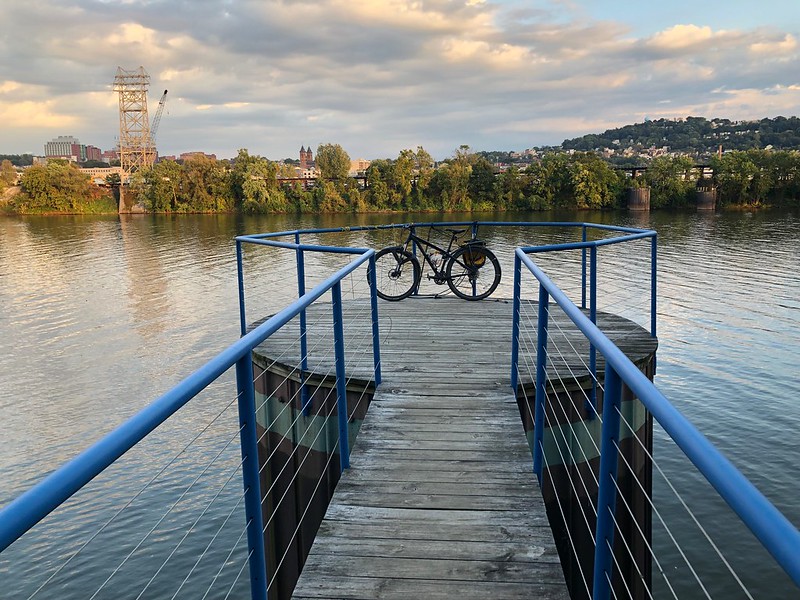 Let me know if you’d like more hints beyond those in the picture.

I don’t need a hint. More I need to figure out how to get out the door early enough to bike  to work in the morning.

Southside of Herr’s Island near the north end, passed Redfin Blues, down some terraced steps to this secret hideaway… visible at night with lizard infrared vision.
40.4676555, -79.9737669 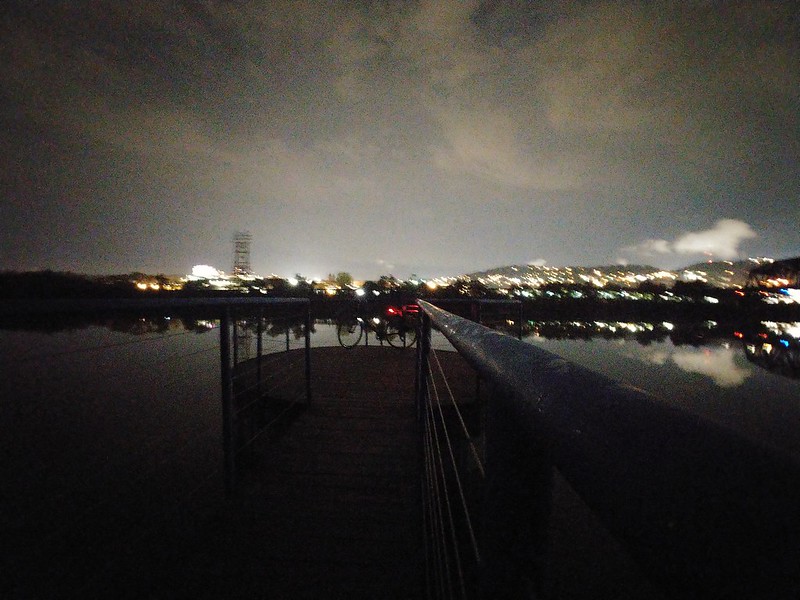 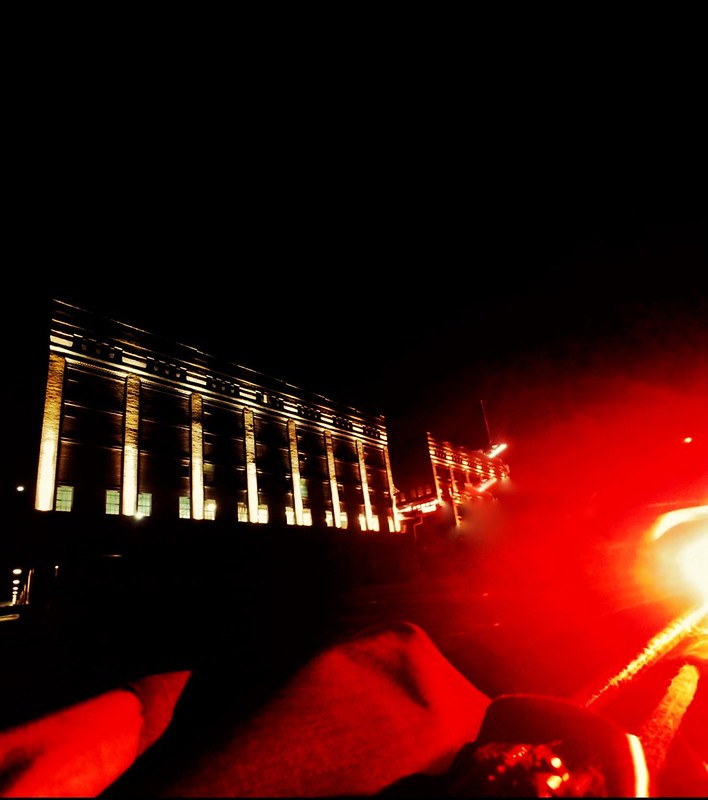 That was a tricky one. 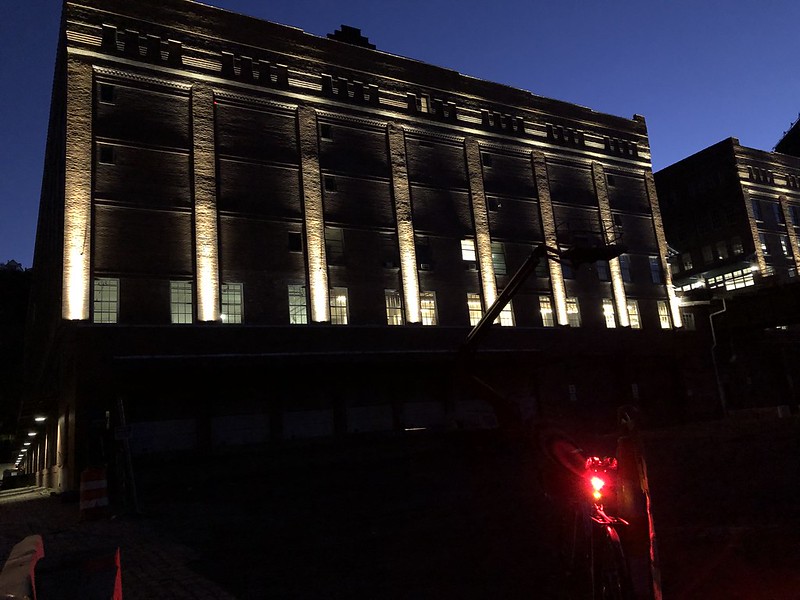 @paulheckbert Did you you just start following me on Strava around 4pm today so you coukd hack my whereabouts when I set the tag (I don’t know why I asked to approve you??)… and is that also how you got one of my tags about a month ago…..and when I asked you how you figured it out..you said you had your ways…and I removed you from my follow list..

Or … you have your wats?

To make it fair, I think everyone should follow my Strava feed…unless that bresks the rules…it certainly isn’t in the spurit if the gsme…but it’s just a game…and who needs rules anyway… 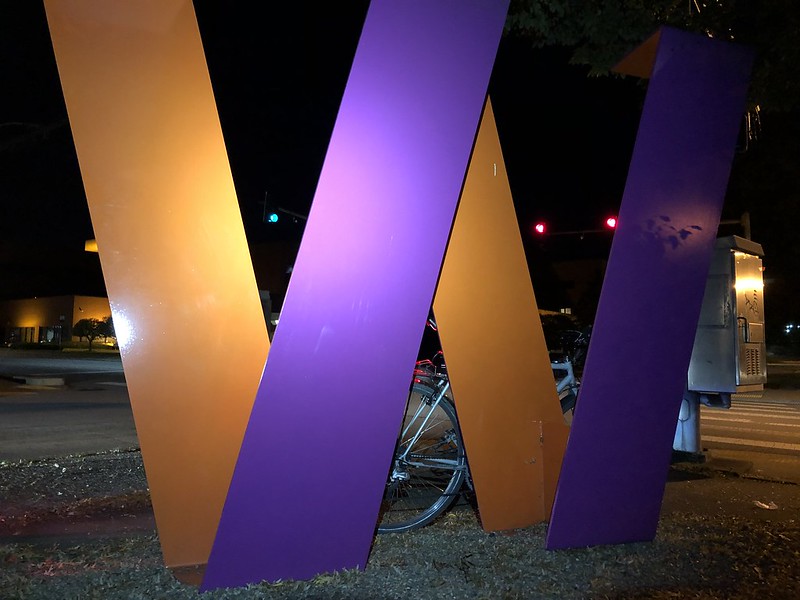 see the Whining thread if you want squabbling

Is that your hint?.. ’cause I don’t think it’s gonna keep the moving…if not I don’t think asking fir a hint will help… So I suggest you supply your trace, at least. I needn’t reiterate that the point is about cycling…and with your trace, everyone will be out there riding..we’ll cycle it and not waste time on Google Earth and internet searching ..who needs hints when they often aren’t given (see previous post) …and not everyone understands them…and that slows the game too much…from what I’ve heard. Though, I don’t consider it valid tag…

That belongs in the whining thread.

…not really; undeed, your post us pyrely a whine.  I created that thread..and I’ve made that claim often as  anyone can see in the thread.. but no one ( or to be accurate, very few) really complied. And everyone makes their own rules…so …. (expletive deleted)…

And wereally haven’t been supplied a hint…or confirmed that your text is a hint or a whine… ..pardon me..those were the old rules… ..carry on..and enjoy… keep it moving…

[I guess @heckbert is in charge of this thread .. . please update the rules appropriately and often _as you change them) and update the map and spreadsheet which is sorely out of date..)

I think this isn’t the city. The street sign in left distance does not look like city standard. Confirm or deny?

It’s outside Pittsburgh city limit but inside “the box”. 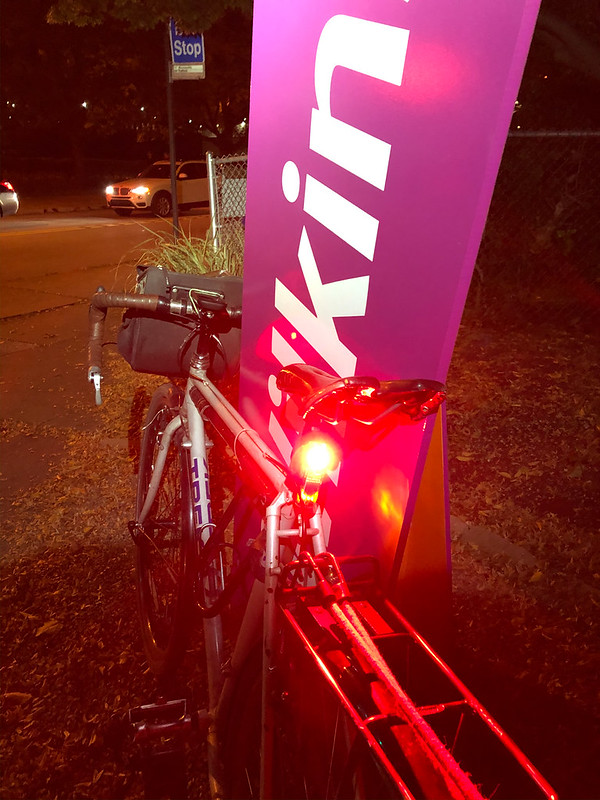 I don’t recognize the big pink thing, but the bus stop sign narrows the field considerably.

Been about 5 years. Here’s a @BikePGH bike tag. pic.twitter.com/AtX73lYUmp

Corner of Penn and Trenton.

Also at Penn and Trenton: 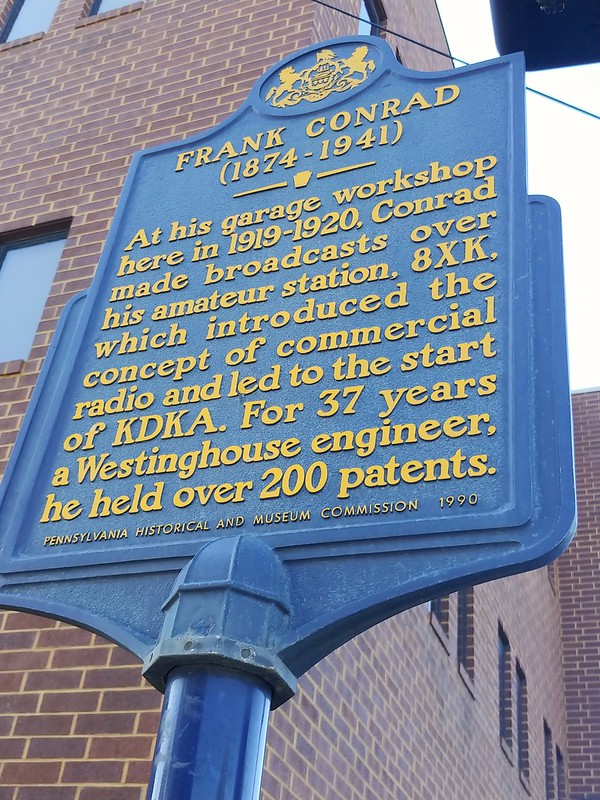 <p style=”text-align: left;”>And acouple blocks on Trenton is a reincarnation of Love Bikes from Lawrenceville:</p> 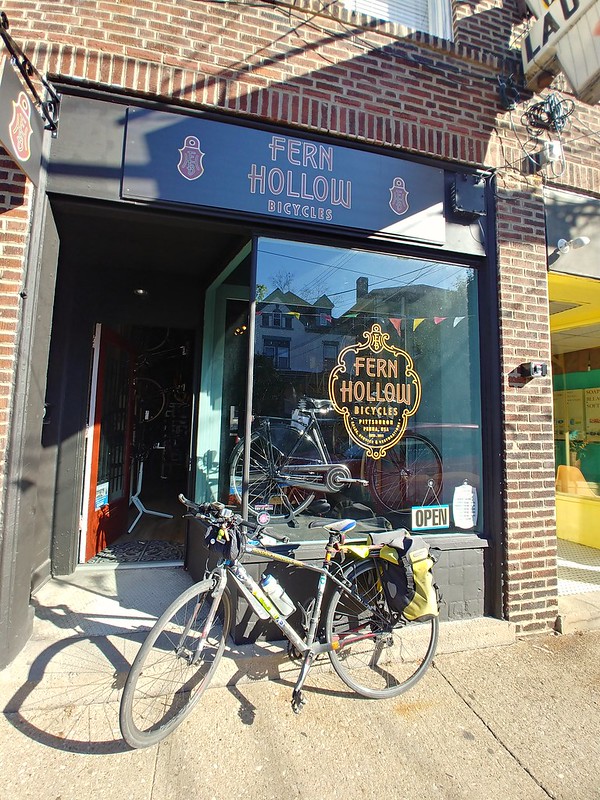 Sophie sat in front of her tavern with her little sprout on her lap. She looked up at me and asked “who in their right mind commutes to the South Hills?”

18th Street is good for your lungs. Go get it!

Carrick Above Us mural by Phillip Seth, 1917 Brownsville Rd, across street from Sophie’s Saloon. 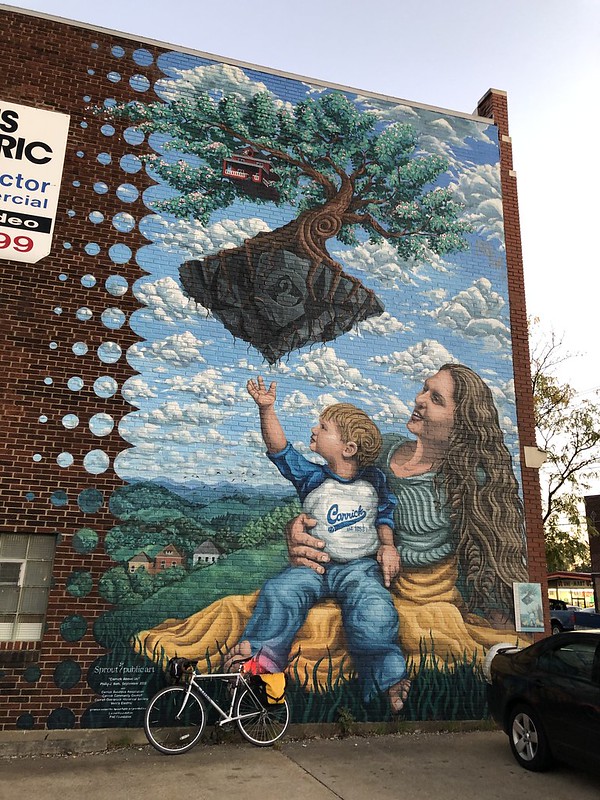 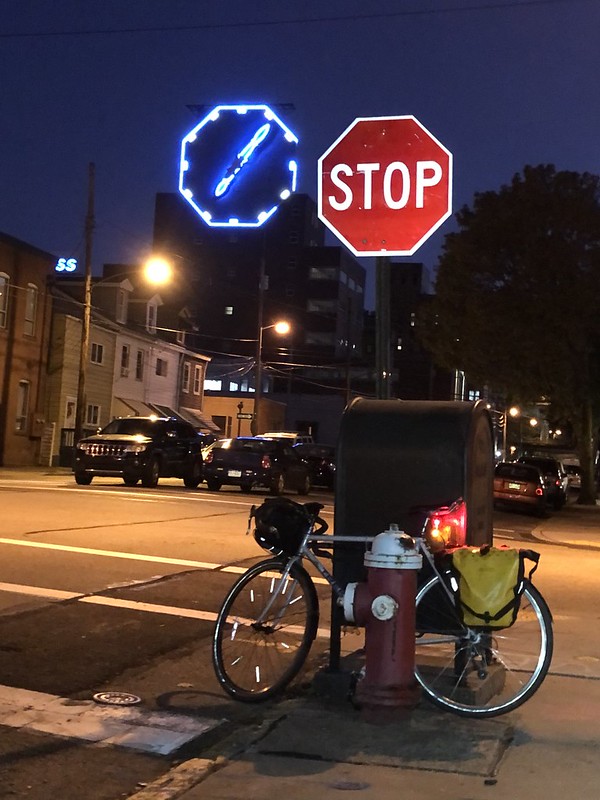 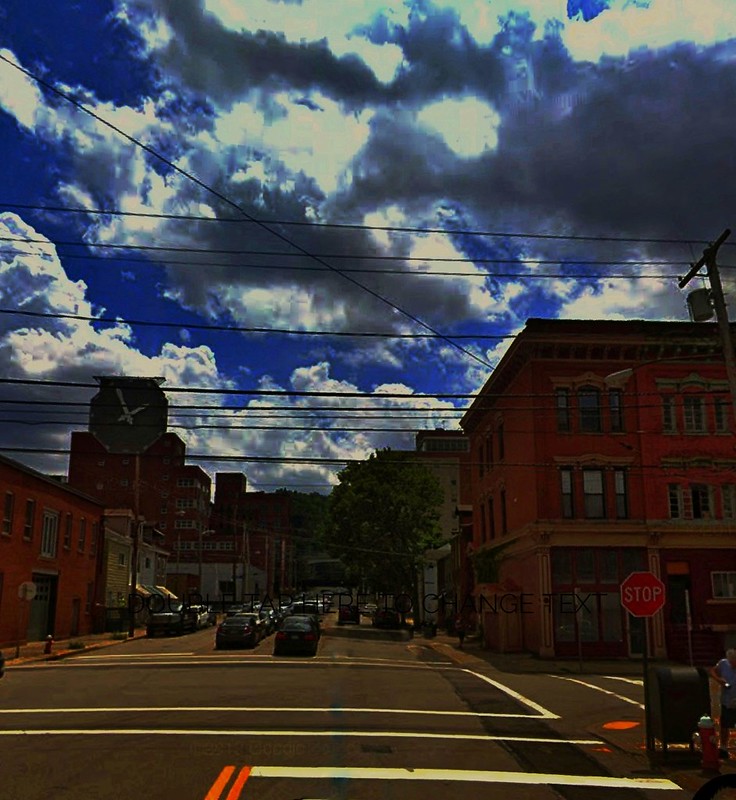