hint: “three men who he says jumped out of an unmarked car and forced him into submission never showed badges and didn’t say they were police … he thought they were muggers when they demanded drugs, guns and money during the incident in January 2010.” 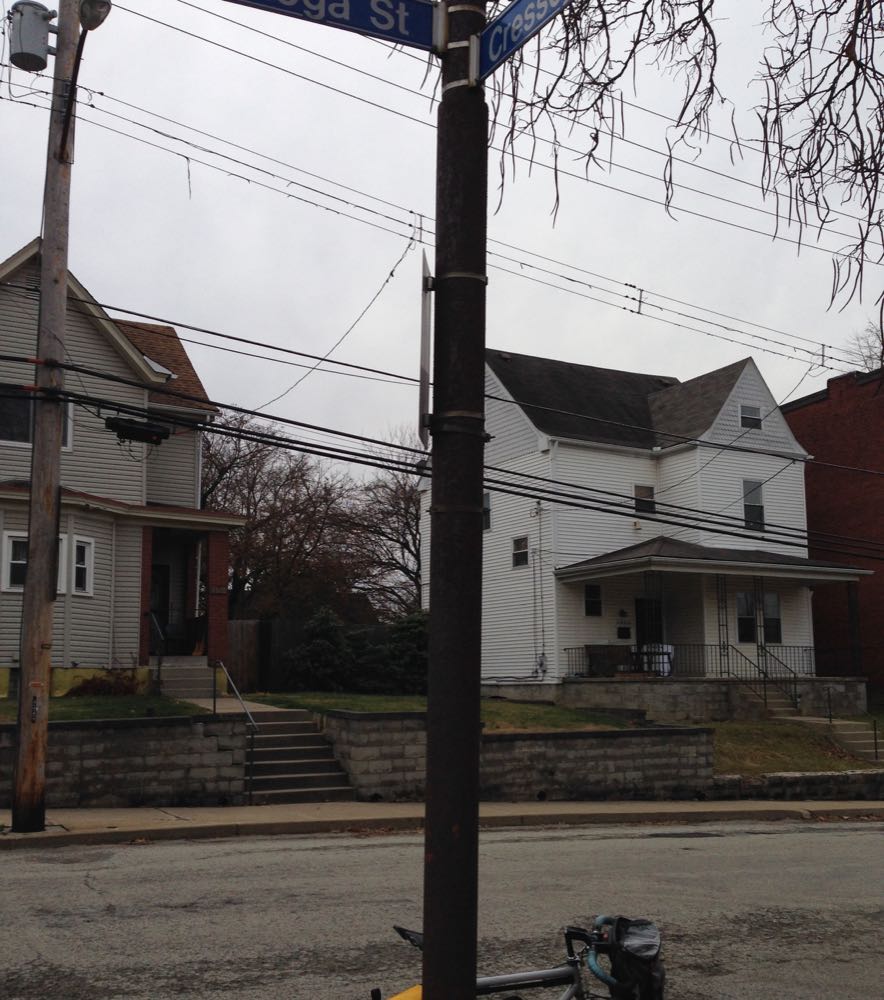 When you pick up this tag, let us know if you find any cans of Mountain Dew nearby.

I’d’ve picked this up a couple days ago if it was a bit warmer. My taillight batteries are lasting barely long enough to get me home, and this isn’t exactly on my way there.

You’d be looking for a bottle of Mt. Dew to be specific

Good song about the incident:

Where Jordan Miles was beaten by racist cops

Sparkle season kept us warm, covering
The streets in blinking lights, breathing
A little life into the dying ember
That is commercial retail

I sometimes show up for the easy ones. 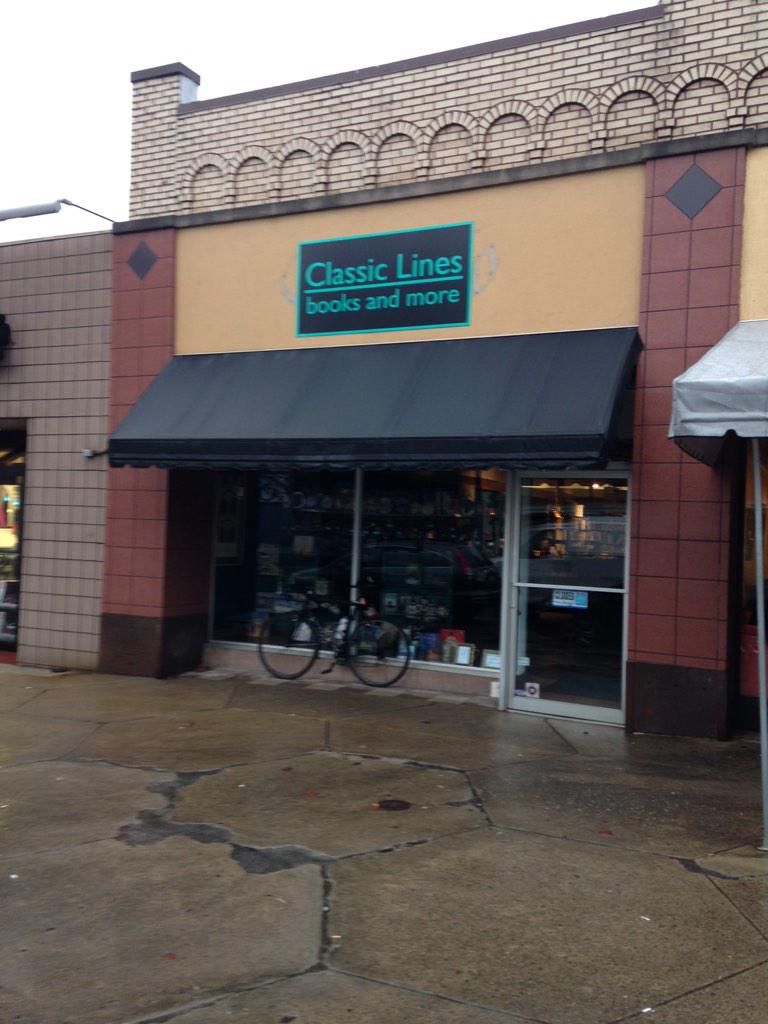 Up the tracks from the Battlefield’s History, the courtship plumage rivals the feather of the General’s hat. 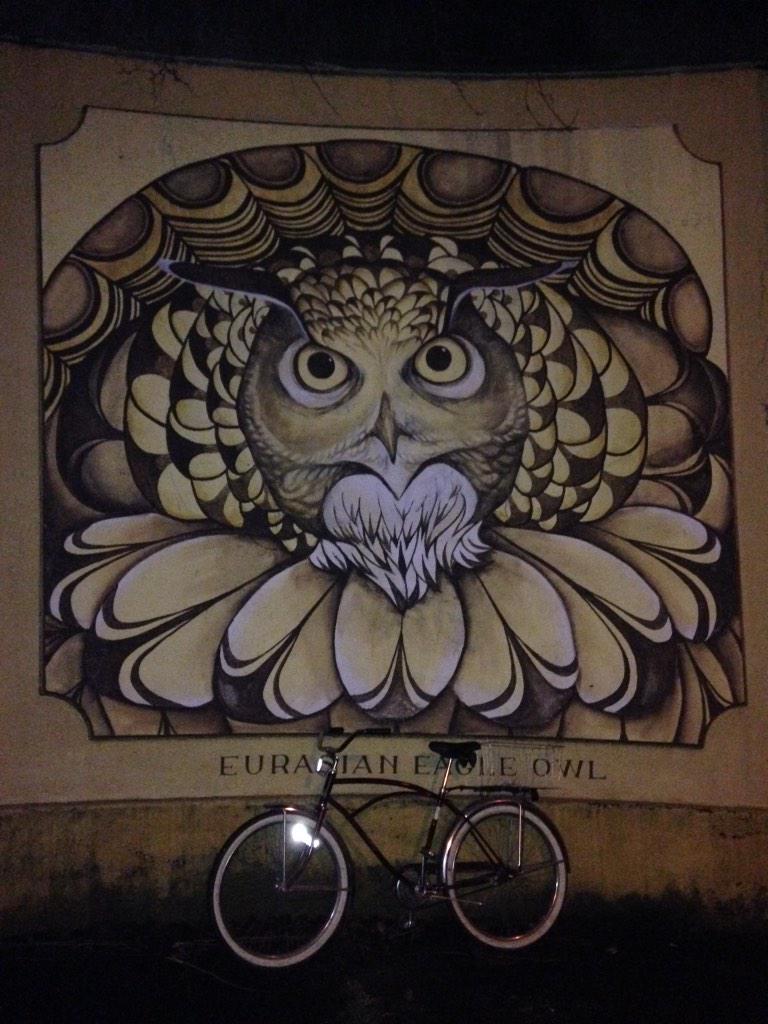 The Pittsburgh Murals site has many more photos of these.

if aliens landed there, got out of their ship and looked around, they’d have a hard time squaring their initial experience with later observations.

The Pittsburgh Murals site is pretty informative (I’ve used it in the past). And I notice that the site is being actively updated; there are entries from today and last week. Though the maintainers seem reticent and go by their initials; this one person S (or sometimes S.) seems to do a lot.

So depending on your goals, you might want to check out the site before you snap a mural for a tag. Lots of other murals around, though.

But here’s one that’s both on the site and has already been used as a tag (so don’t go for it!). It’s Uptown Rhythm by James Simon. The boat used to be up against a building down the street, which building was once tagged (at least I think it’s the same boat).

Ahlir, your second photo is coming up Forbidden.

Nasty little hobbits… but it does appear to work for me (in Chrome). Here’s an alternative:

Think hard, there must be some Pittsburgh connection… 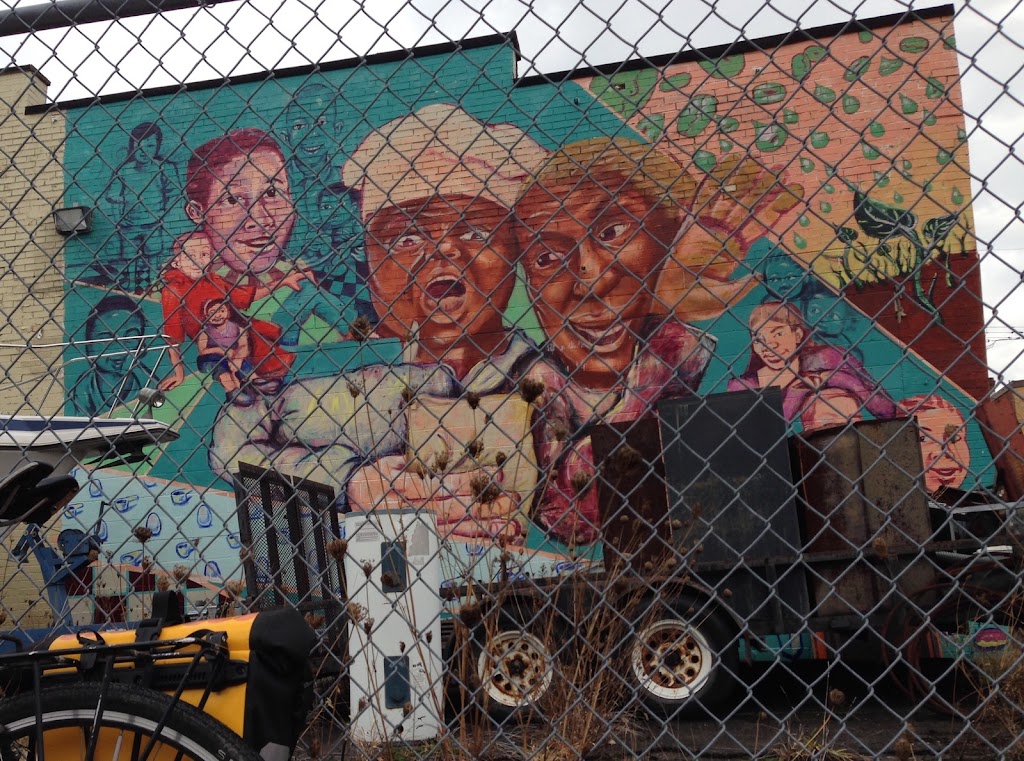 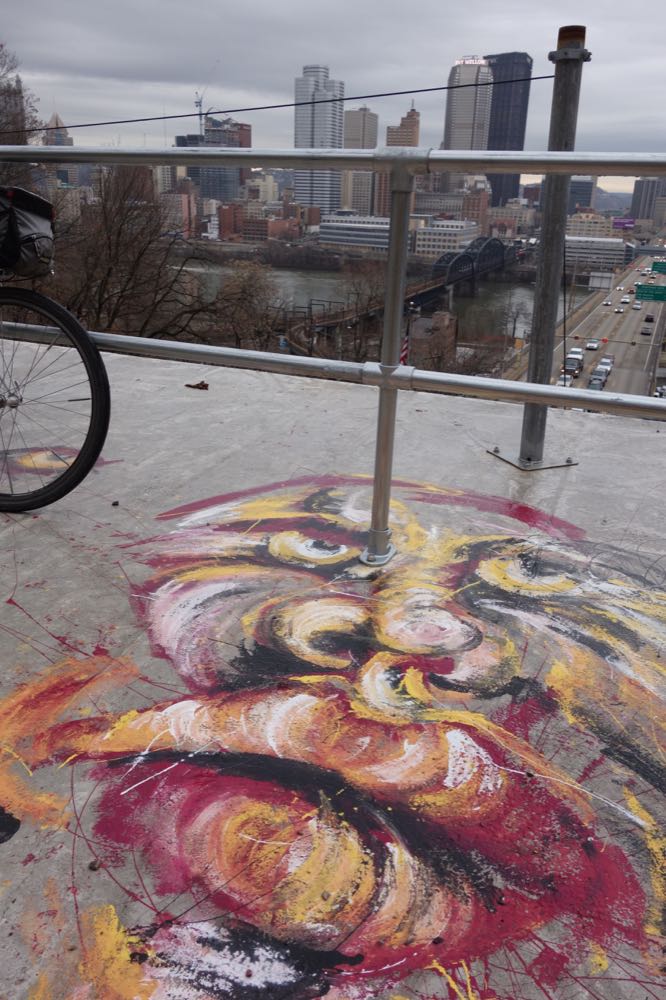 A PG article about the Homewood mural’s creation.

Just to follow up, the boat in my pic is not the one I thought it was: 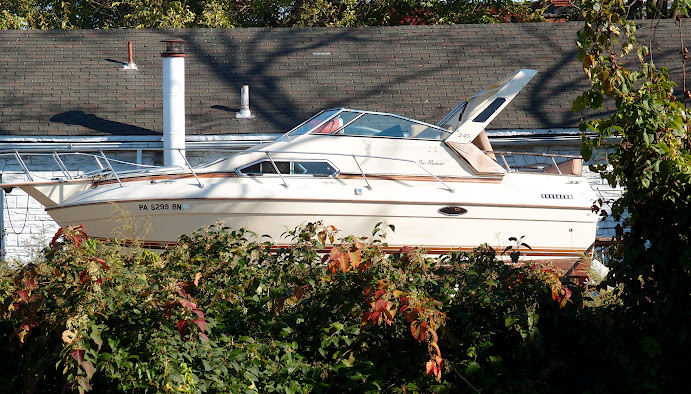 One of those proto-tags overtaken by events…

OK, I see roughly where this is, but I have no idea how you get up there. Or maybe it’s down there. I wasn’t even sure there was a “there” there. Apparently there is.

I walked across that bridge a couple months ago, looked up in that general direction, and wondered how that might be accomplished, and didn’t figure it out. Further study and a field trip with bike under me (or under my arm) is warranted.

Luck is nice.
But what you probably want are low gears and good brakes.

Atop the Liberty Tunnels with campV. 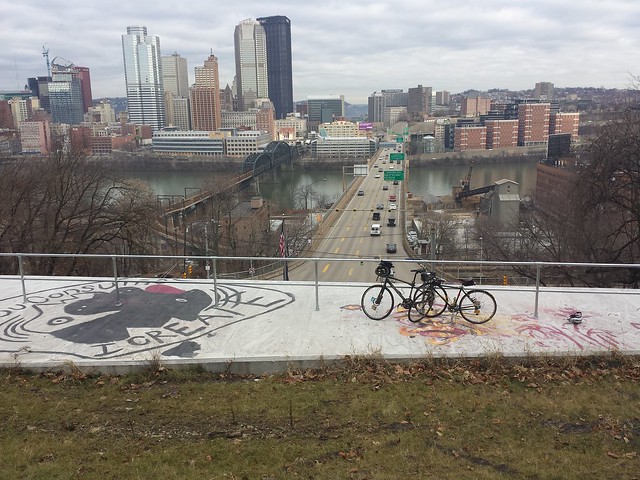 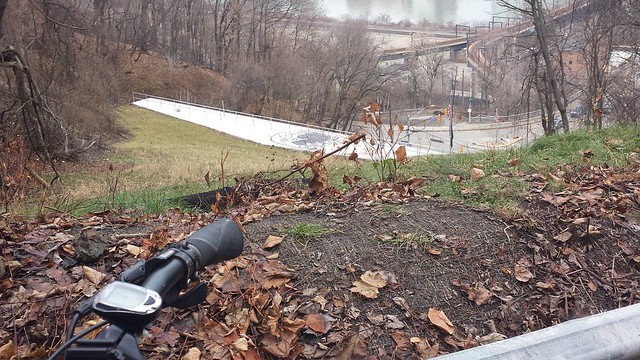 Another shot from the closest street “William St”

A fairly steep decent/climb across a grass-covered hillside 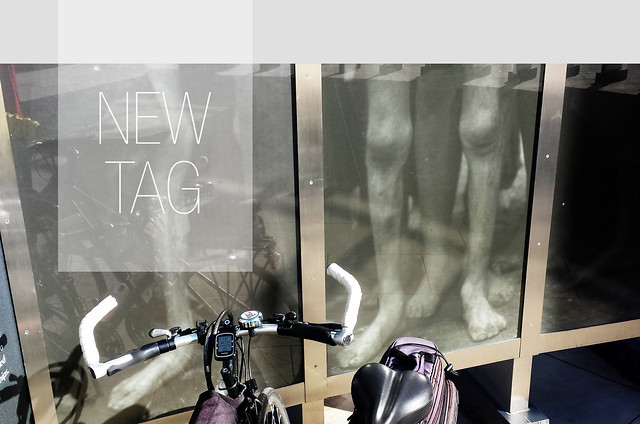 Similar to Paul’s tag at the top of page 23, this tag is easy and sad (about 6 million times more sad than Paul’s).

Good tag. But trying to research some possibilities on the interwebs turned out to be pretty draining…

I’m not sure why, but this somehow reminds me of Bergman’s Skammen

^ Yes, Ahlir, 13 years in the making, this tag is all about people and their behavior in war, a big war. 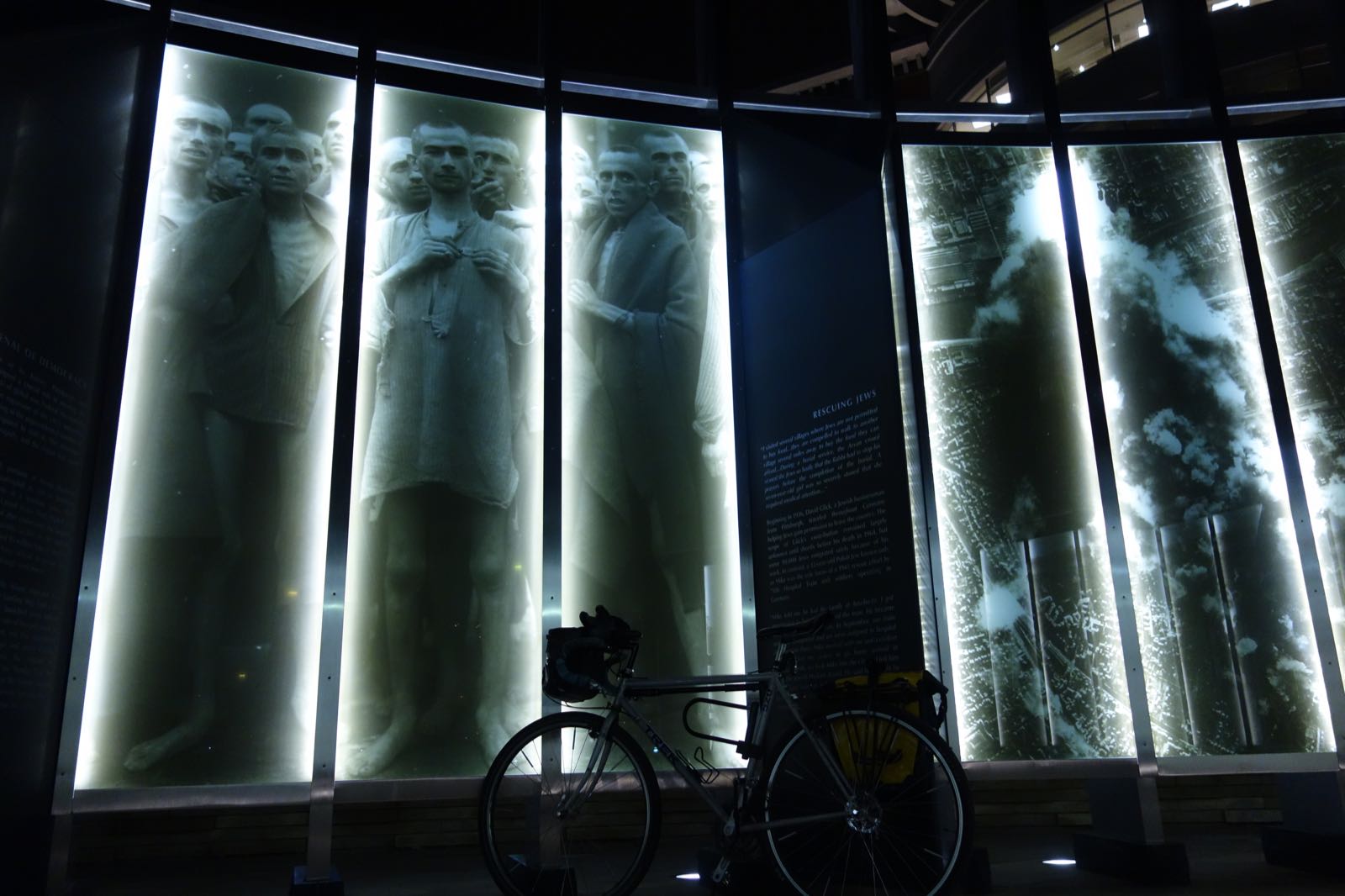 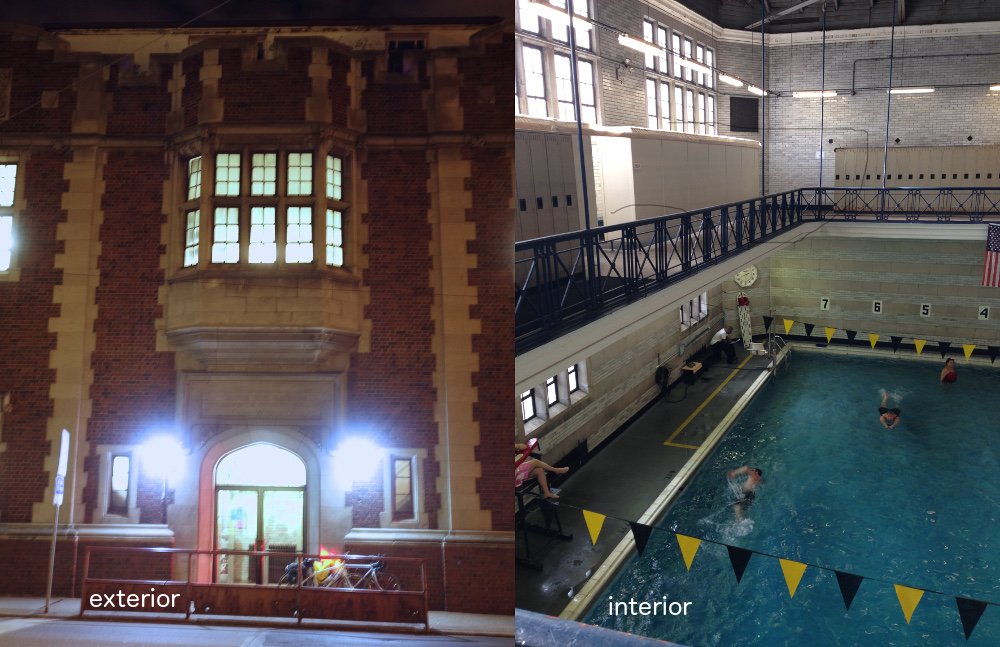 I’ve always wondered how to do this one, given that the name is right there over the entrance. Paul found the solution: shoot at night!

The January 2011 winter pools ride took in the OBH. That was fun– going from dressed-for-zero to entirely un- in about four minutes, swimming, showering, drying off, then getting back INTO dressed-for-zero.

Wow. I thought this next tag would be an easy one. I was wrong.

Here’s the problem: There’s a bit of street art that, for some time, I’ve been hoping to tag. I figured this would be the time. So I snapped it. Subsequent due diligence revealed that someone had already snapped it, but for their blog. And it’s a someone who I believe frequents this board. I was conflicted…

So anyway. We’ve done the Toynbees (though not all of them) and the House of Hades (likewise). And our Stikman. But this is a new kid just arrived on the block. Not sure just when, but it’s been maybe a year or so since I’ve spotted it. There are two instances that I’m aware of.
Here’s the already snapped one (my version):

(Again, it has not as yet been a tag but a bit of obvious googling will tell you exactly where to find it.)

I would have to infer that this one was installed before the other one. I mean, technically it failed. Art? Craft? You decide. Life in the city. I’m pretty sure I remember an “O” being there.

The clue:
1) Note the scale. This thing is pretty small. But it is in between the cross-walk lines. On the east side of the intersection. And obvious to pedestrians (something the HoH people sort of screwed up).
2) When school is in session this is a major bikeway. I know, because there’s all these kids on Huffy’s puffing past me on the minor grade up to and beyond this intersection. Males, of course.
3) I didn’t look around that much for landmarks, but I should mention a gas station. And a dentist. And what looked to be a deli.
Hmm. Maybe I said too much. 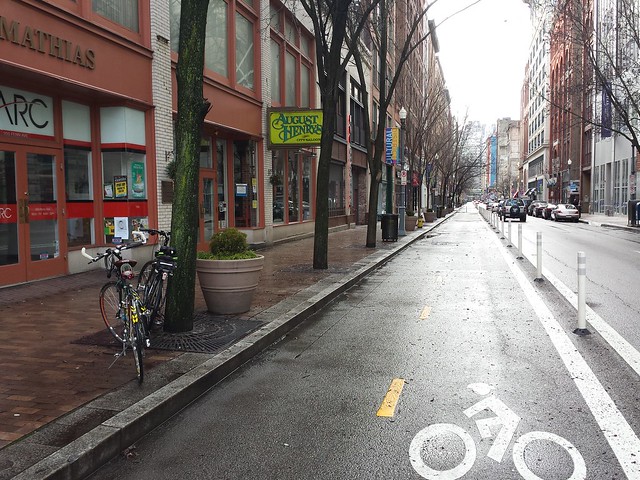 Penn Ave between 9th and 10th. With campV 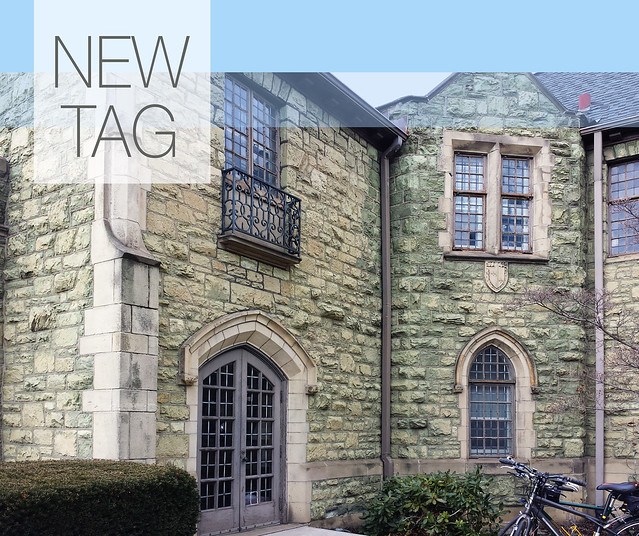 A Green Stone building, not many of these around.