Jon, if you’d turned that camera around, you could have gotten a different Church Ave sign.

Absolutely the friendliest dinner I’ve ever been in. Not open Memorial day BTW.

If still available, I’ll try to pick this up tonight. It’s been ages since I’ve gotten a tag!

Subject of a recent thread on how businesses can become visibly bike friendly, and site of a recent bike train on Bike to Work Day.

Hmm, good place to eat somewhere inside the rectangle … Oh, it’s in Emsworth! … Jon’s been thinking & eating outside the box.

@paul; good thing that some of us live outside the box, huh?

Who knew that stacked parking had come to Pittsburgh?

The NEW TAG is well inside the box. 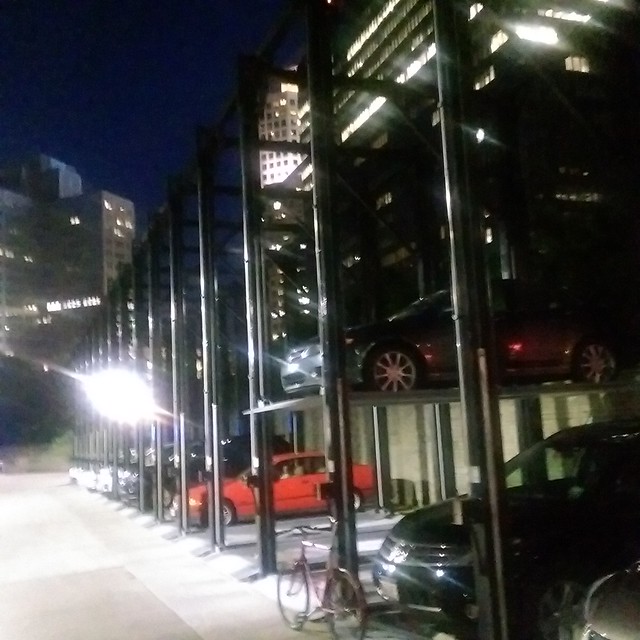 Here’s how it’s done in Flickr, I have no idea how to do it from a smartphone, unfortunately. 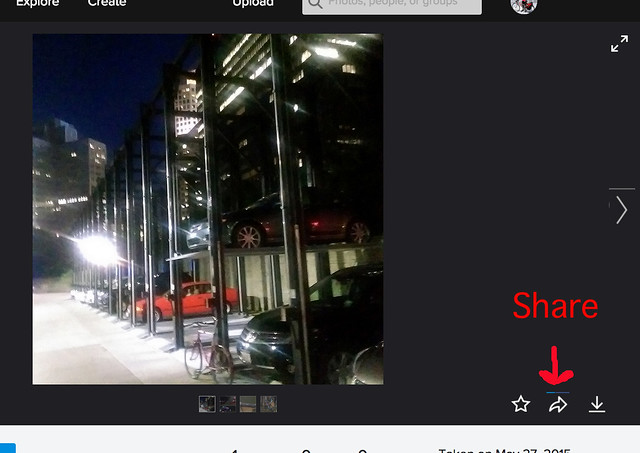 Then copy the HTML code it spits out at you and paste it here. 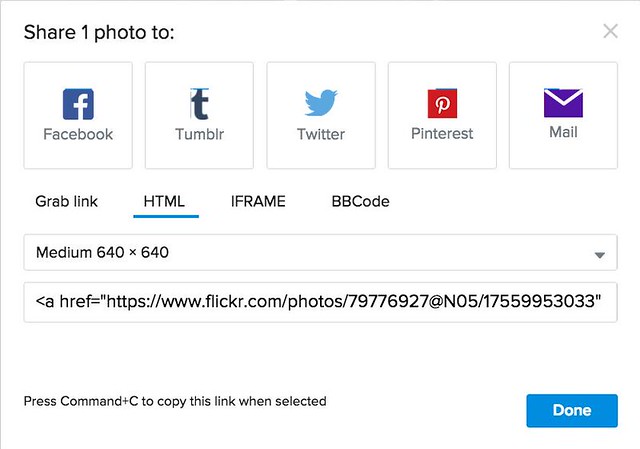 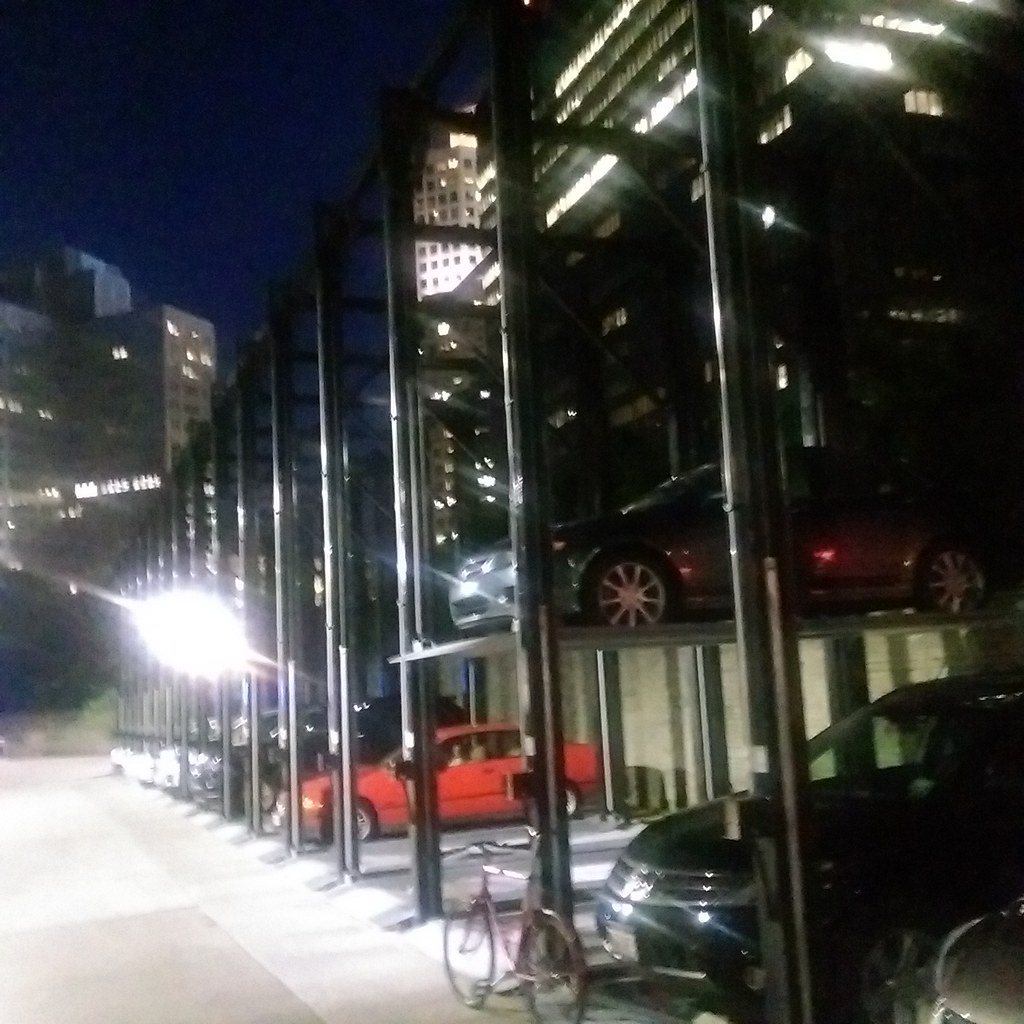 Ok that works thanks

Just that if you’re going to use the IMG tag, the path needs to end with a “.jpg” or “.png”, not a directory name.

On a smartphone, you just need to go to the Flickr web site (NOT the app), login, and copy and past the link to the image into an IMG tag. 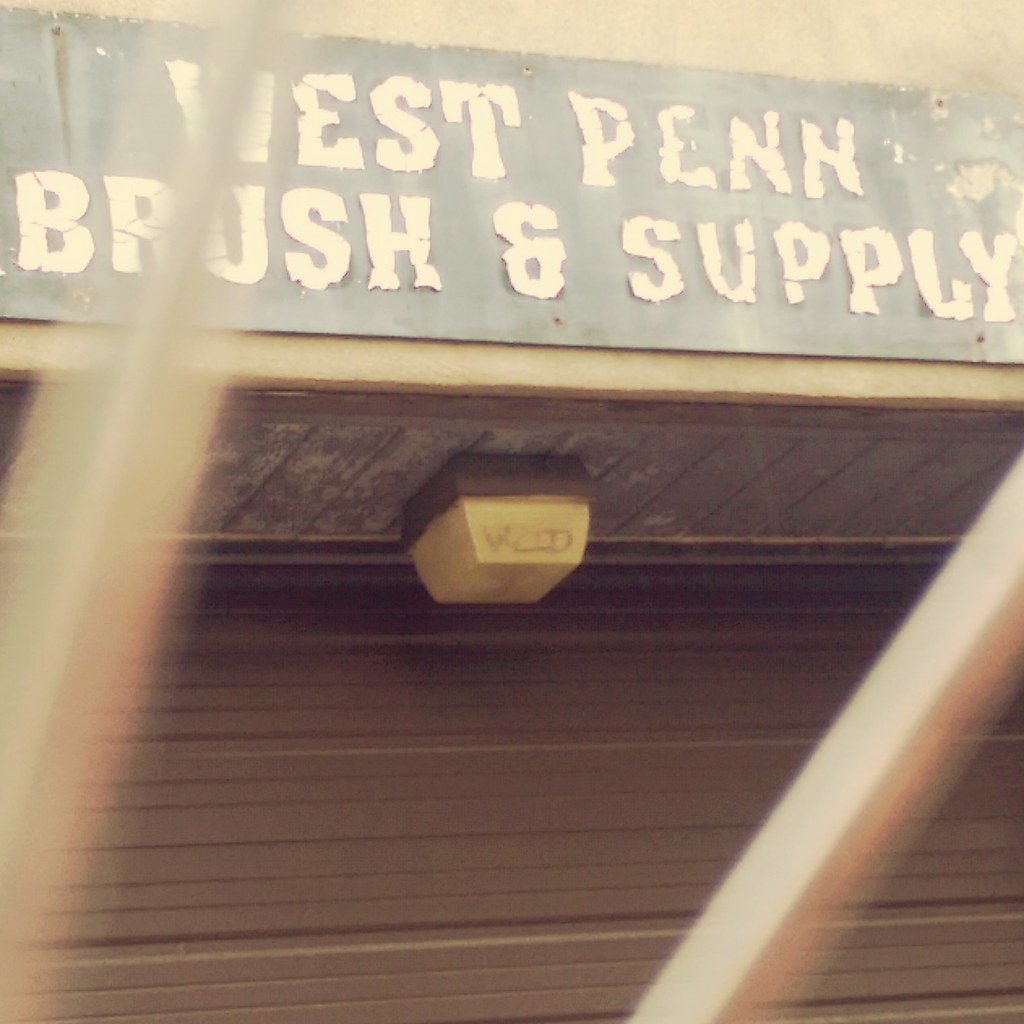 Sorry for the delay
You don’t need to plant anything to find this tag you just might have to just get out and bike . 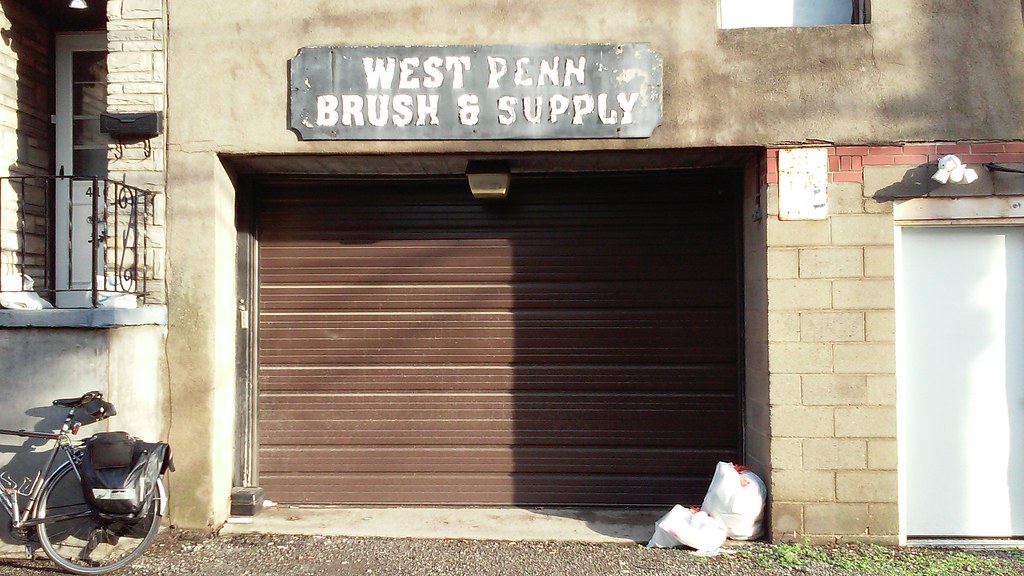 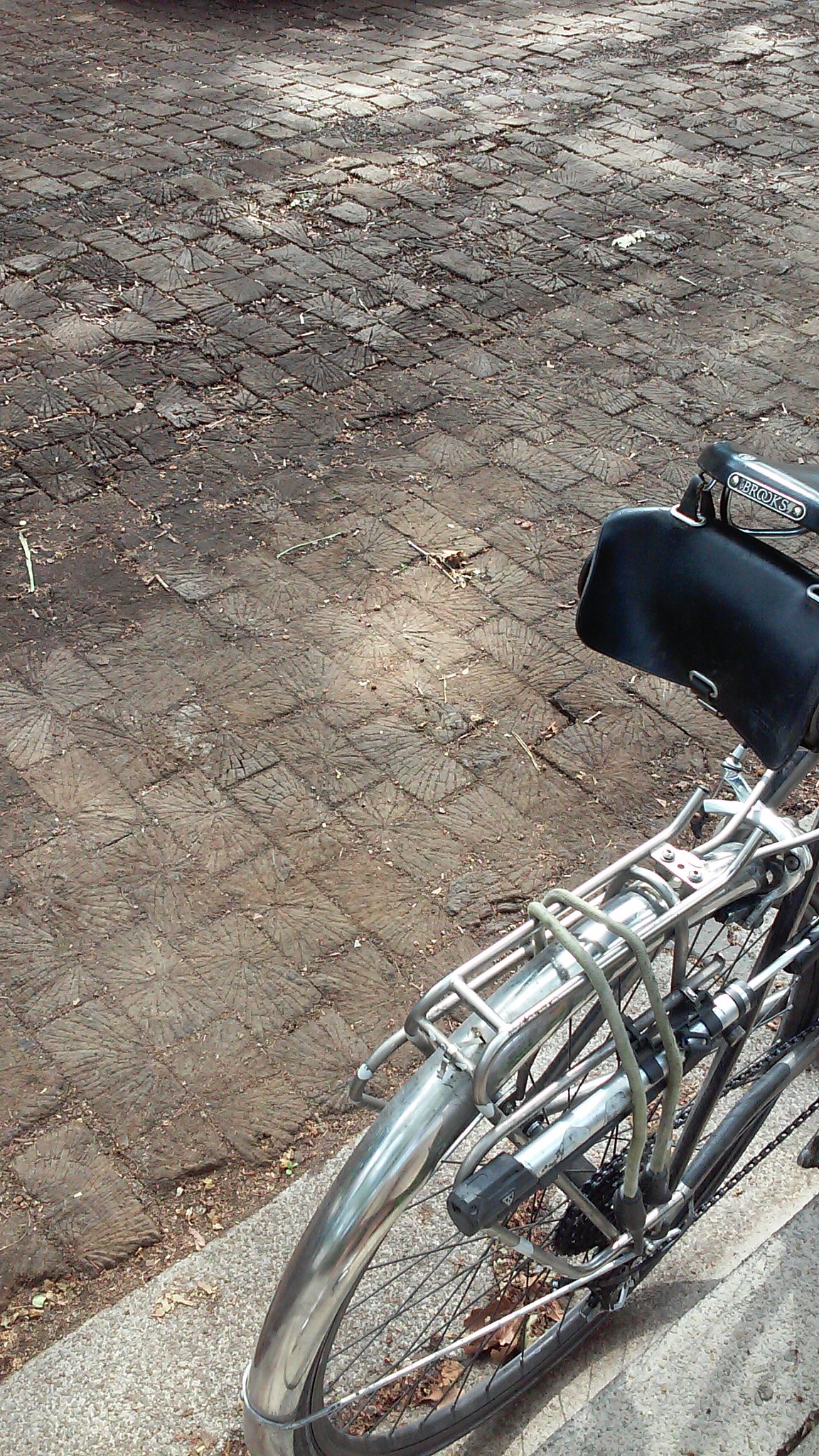 I tried to set the tag with a HelBike but the station wasn’t set up yet in the neighborhood. It looks like they’re all stocked with bikes but the electronics isn’t working at the kiosk, the solar cell array isn’t even pointing in the right direction. 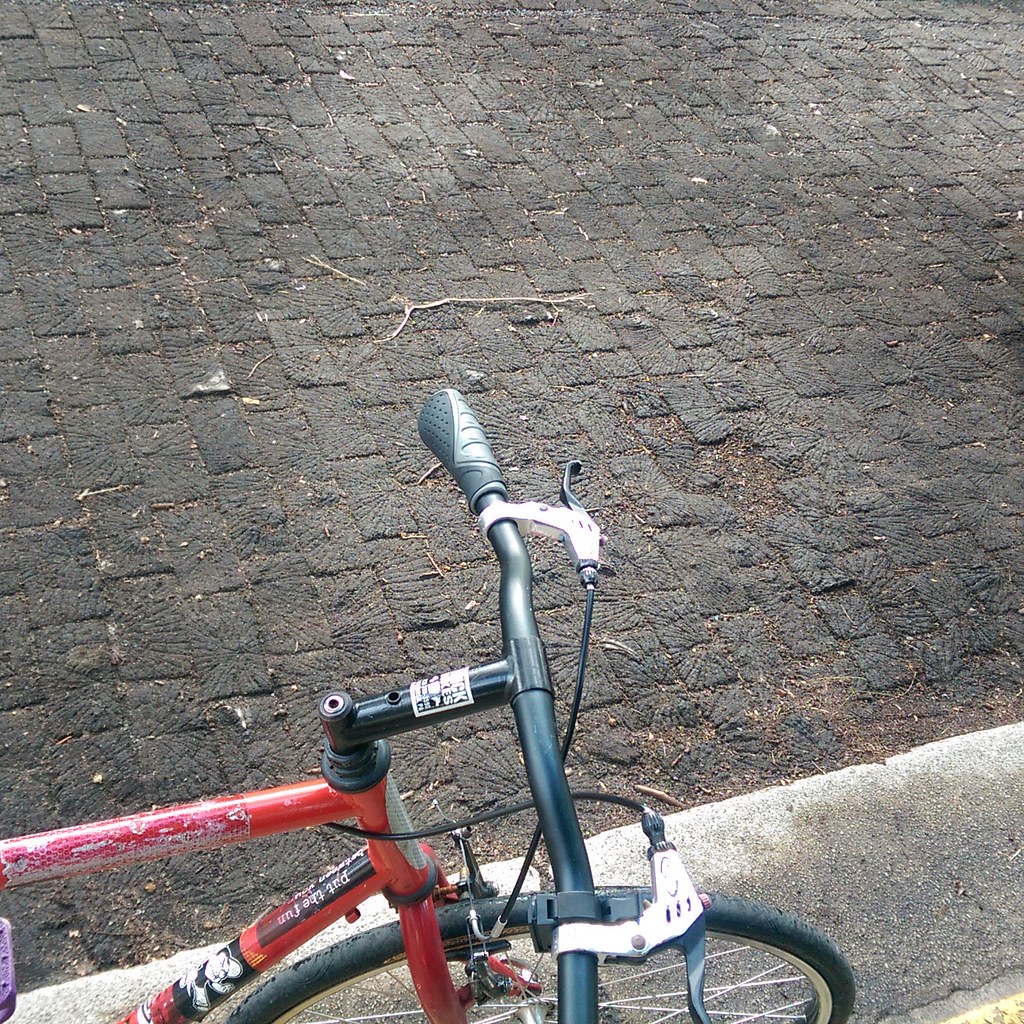 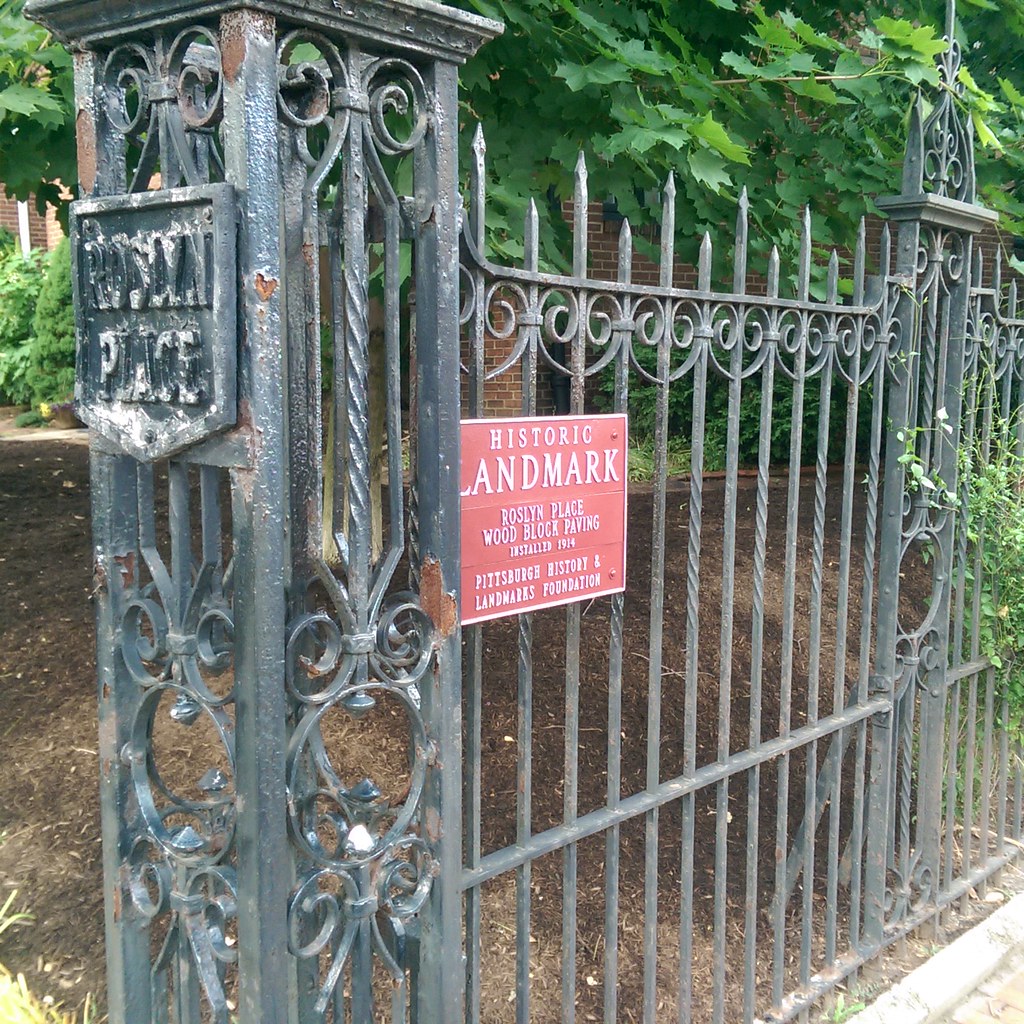 @steeld55: Great catch! Knowing the details is what matters.
This street was tagged once before, long ago. But who cares.

[Not all stations were stocked, at least in Shadyside, as of mid-afternoon. But would that be an actionable offence?] 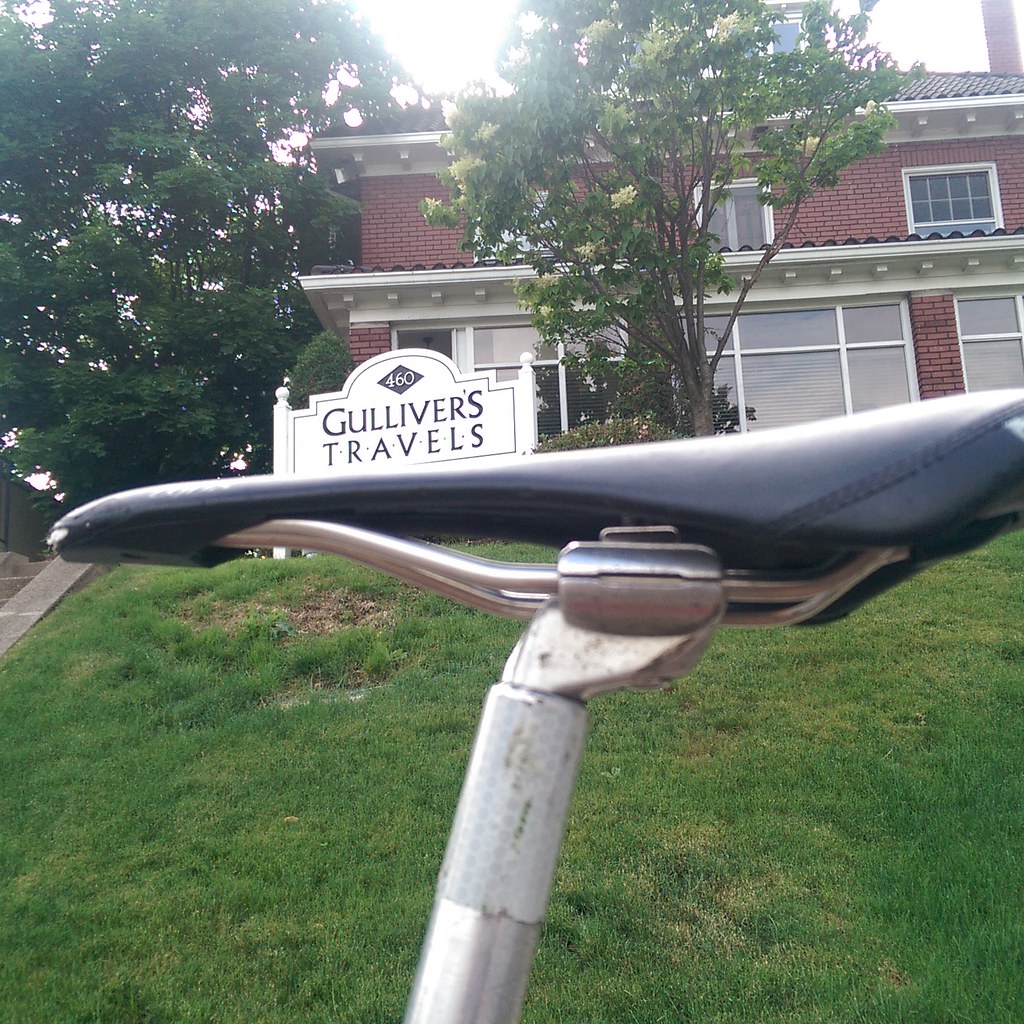 This street was tagged once before, long ago.

Twice actually, both back in 2011, during the game’s first year. Roslyn Street was a mere sapling back then.

It’s always fun to pick up a tag using half as many wheels as usual.

New tag! And check out my new wheels!

What a wonderful street!

A view of Market Square from Wood Street 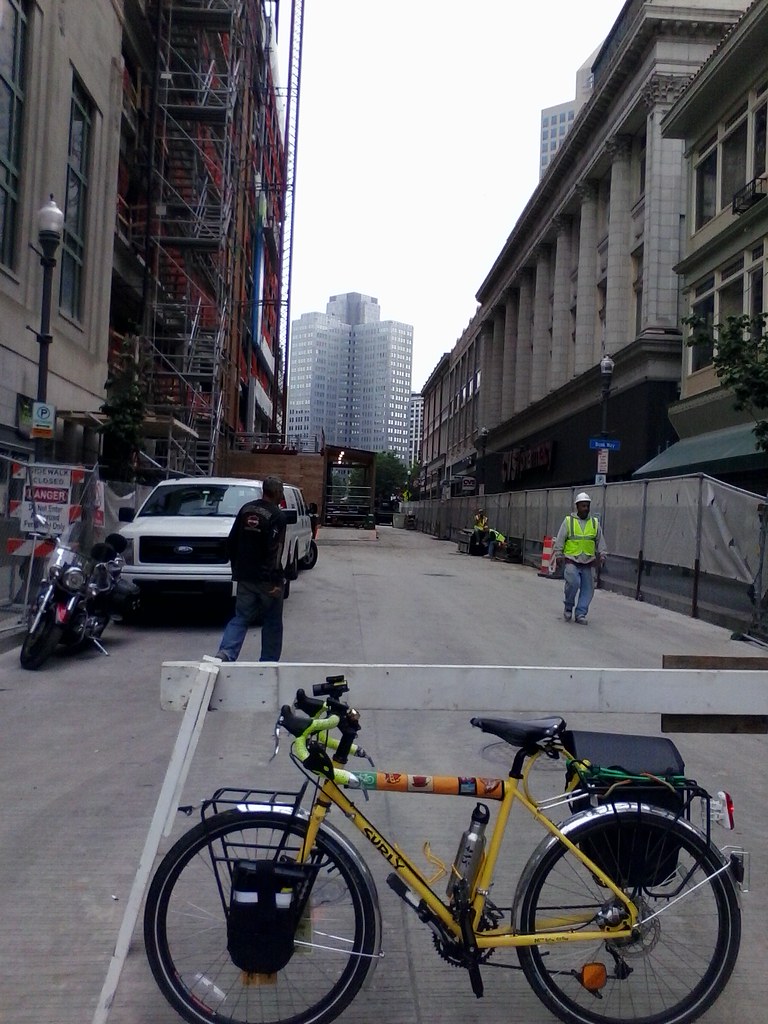 This bike might be as heavy as a HelBike too.

NEW TAG!
Another House of Hades tile… this one has LadyLegs and pennies embedded in it. 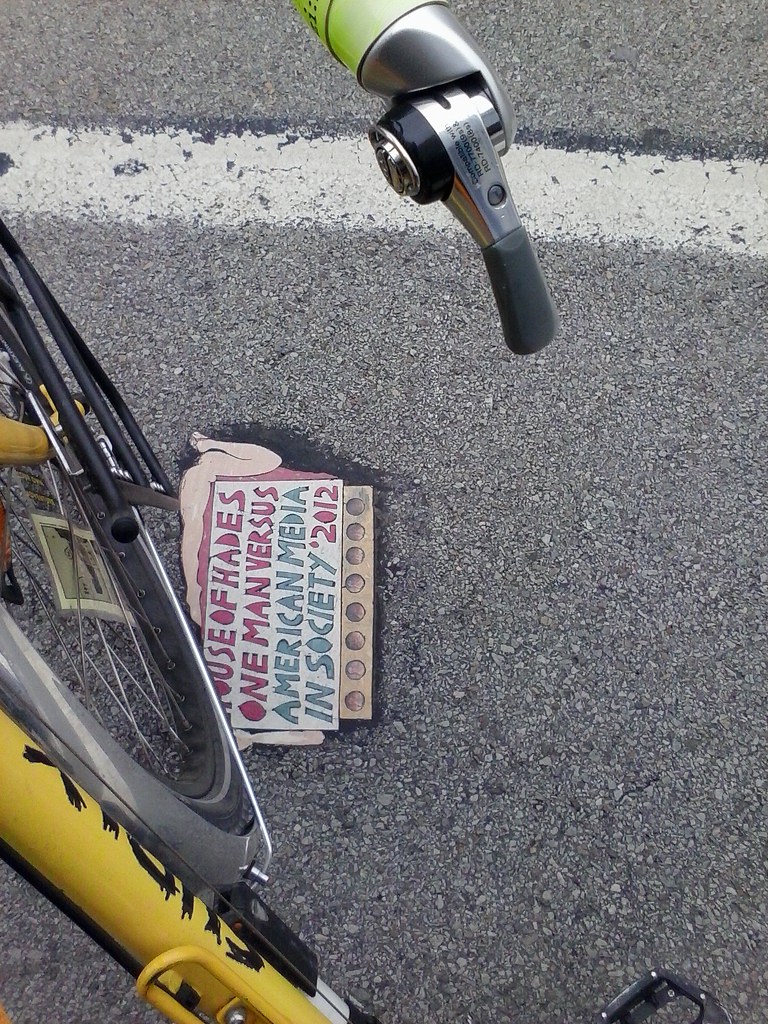 Cool. I haven’t seen this one, or at least snapped it… Toynbee also uses “lady legs”, but I don’t seem to have snapped anything with a penny trim.

There are two streets in town that have most of the surviving toynbee/ hades tiles.
Is this on one of them? [Yes, a shameless hint troll.]

That is a possibility.

Allies at Market, across intersection from the other one I picked up 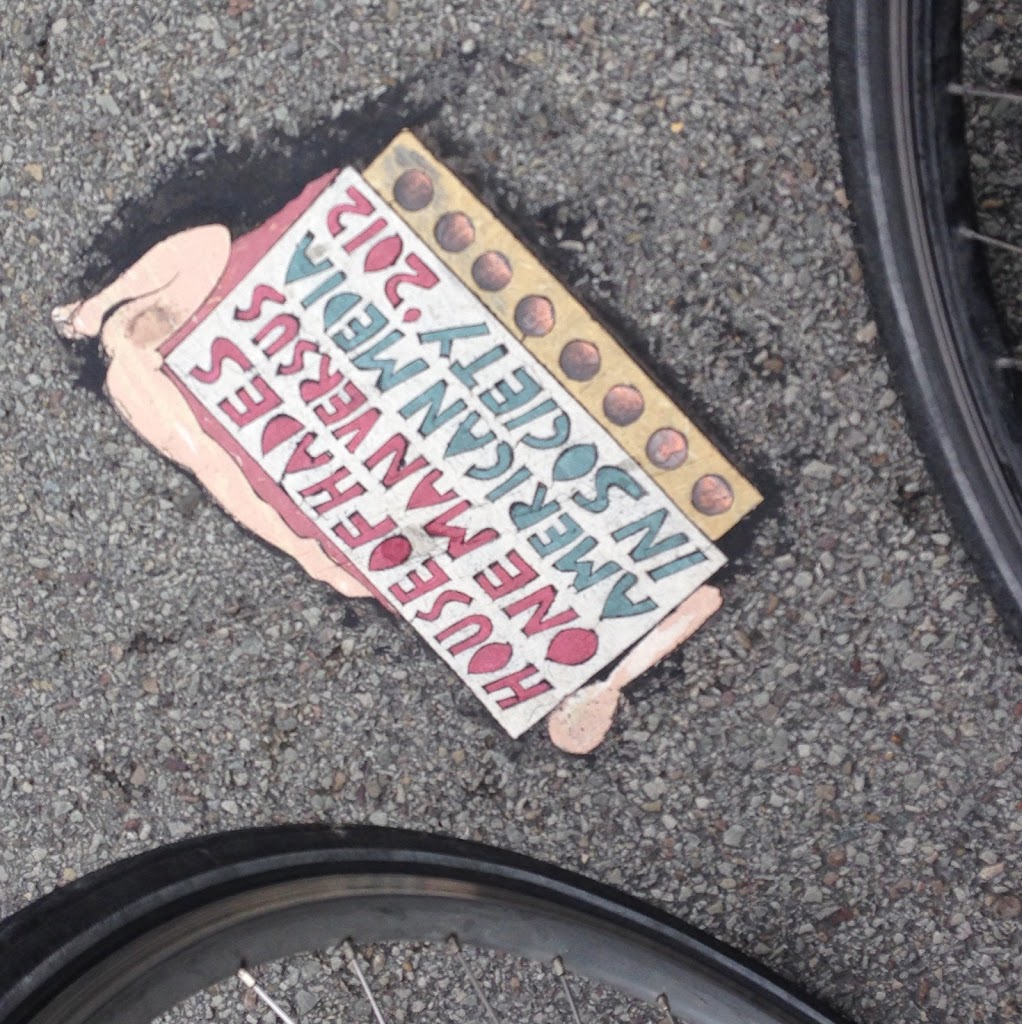 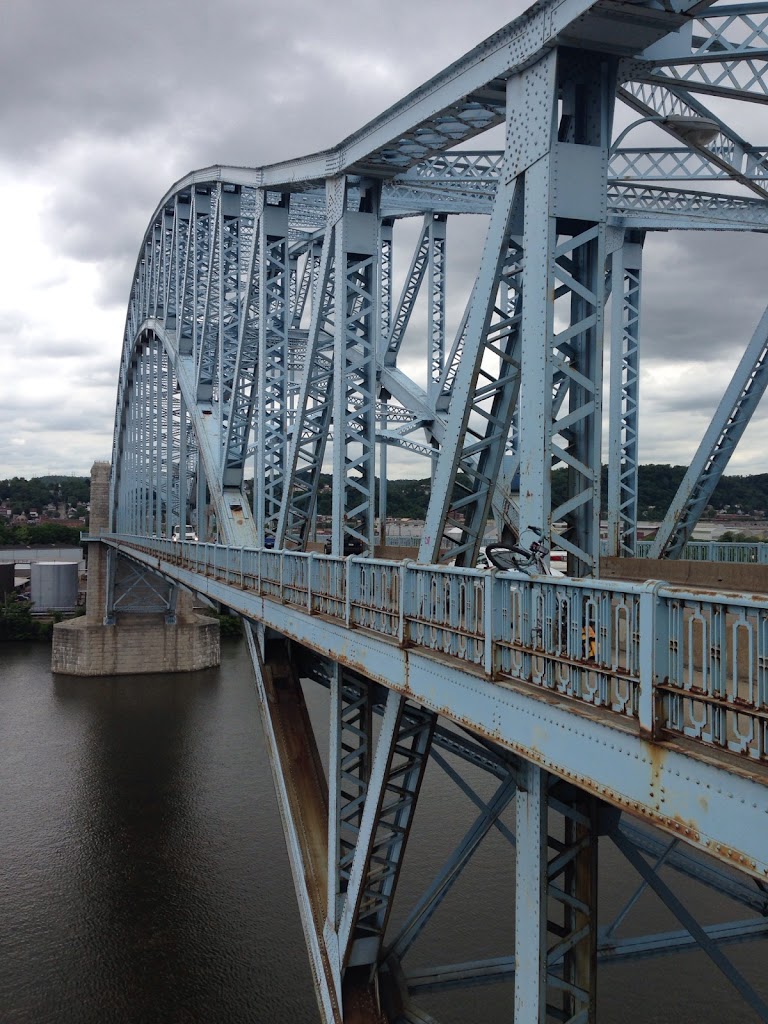 Gee, I could have tagged Roslyn Place for the fourth time, I suppose. Please don’t tell me you need a hint for this one.

I think the tag is fine.

But you do realize that for many of us it’s a schelp… (Though having said that, I should disclose that this week’s Maj. Taylor ride took us to within ~5mins of the tag. I made a choice.)

I could go get this but I’m lazy. if its still free tomorrow I’ll go grab it.

@paul, did you notice how clean that sidewalk was?

It’s a nice night for a ride….maybe I’ll go pick it up.

…aaaaand this would be a perfect example of why tags need clues. Apparently the people who know where it is aren’t inclined to pick it up, and there’s nothing for those of us who don’t know where it is to follow up on.

Hint: probably the least fragrant bridge in the county.

But the great bird that was “born” near there a few years ago didn’t mind the scent.

How about Rockport shoes?
But seriously:

The tag is actually not that difficult to figure out, even without hints. Consider that there are only so many bridges in the ToR-ok district. It’s obviously not the downtown ones. But the latticework on the bridge is pretty distinctive. It’s also a road bridge as opposed to a railway bridge. For around here, that cuts things down a good bit.

The ToR game has evolved since its humble beginnings. For one thing, people seem ok with checking things out with Google Maps/Earth before they undertake their trek (which, parenthetically, makes some of us check the interweb before posting a tag, just to make sure that it’s not super-obviously identifiable). It’s not love, or war. But it is 21st century America.

Anyway, here’s another hint: Merle sang about them and Steinbeck wrote about them. And you may well have to make that trek yourself, to reach this Promised Tag.