Damnit.  I didn’t search for Bigger.

I wonder if Pirates #25 has been here 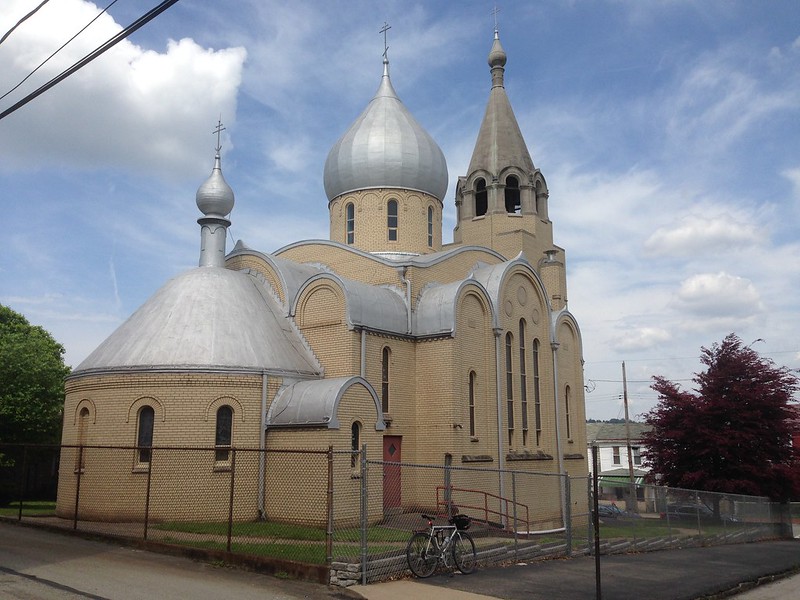 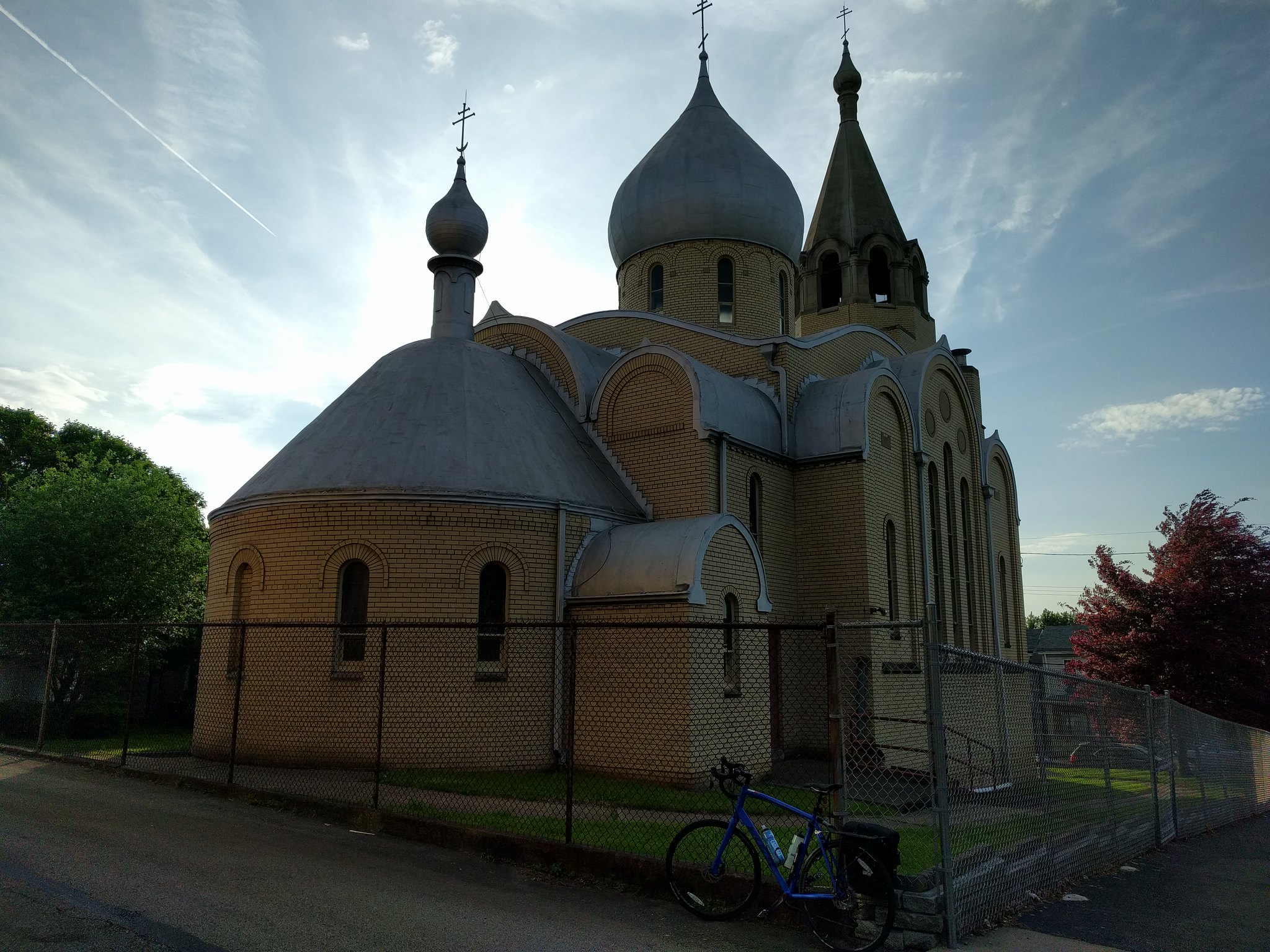 Ha, Bruced by 1 minute! Teach me to wait until I get home to post photos! 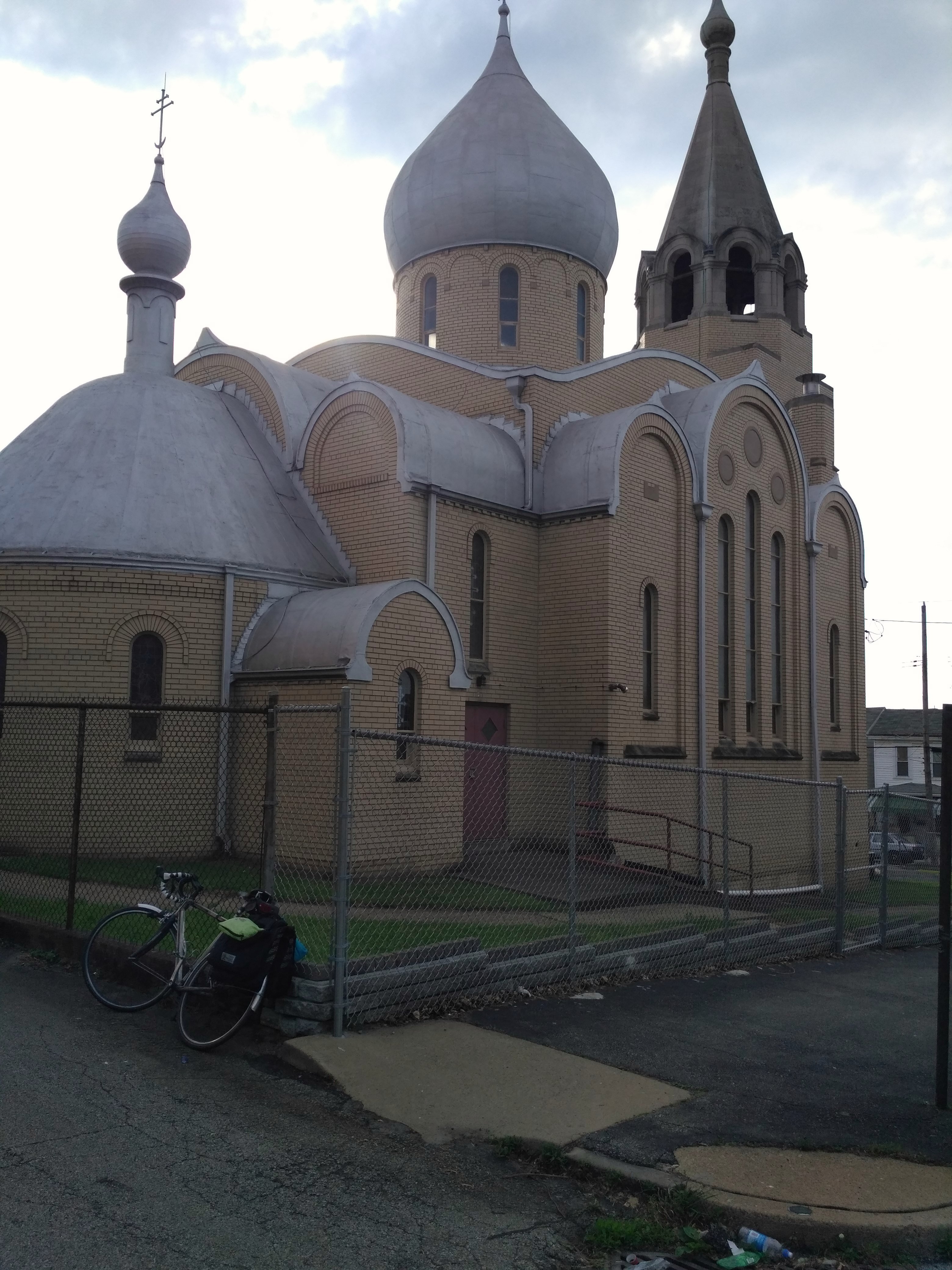 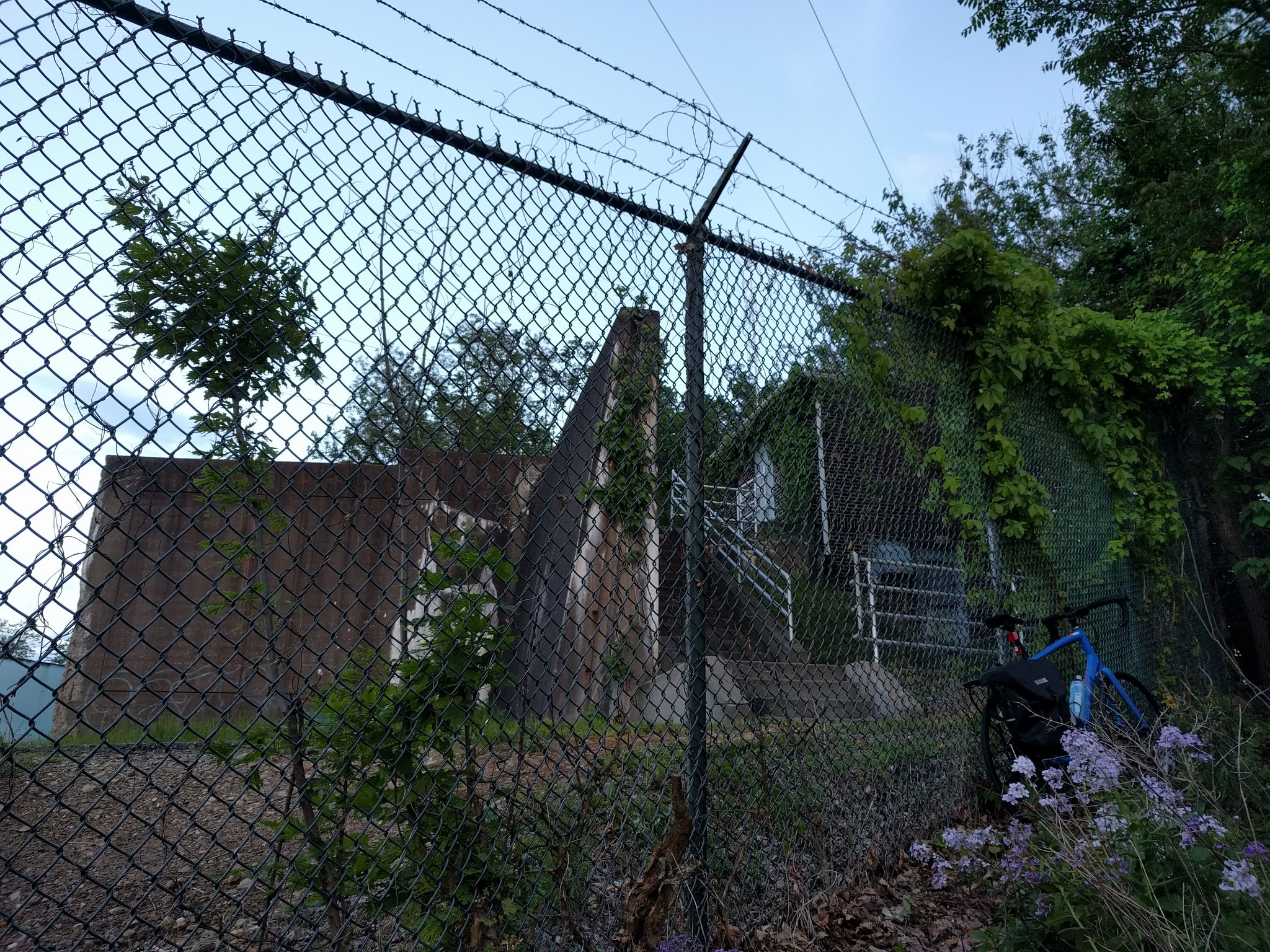 A word clue would be nice.

This is the best place to get high in the city.

I got very high, but I didn’t find it

Let me know if additional clues are necessary.

A few years back, we had a Tippy Top Ride, actually a pair of them. There are four high points in the city. One, Greenfield Cemetery. Two, off Bailey in Beltzoover. Three, above Polish Hill. Four, by the reservoir above Rising Main Ave. I don’t connect this spot with any of those.

Maybe he means we should Google for a “Marijuana Ave”?

My hunch is Hemphill St, which runs along the side of Perry HS, but the pic does not jibe with any spot I can think of near the place. I’m too ill at the moment to travel more than 1/4 mile from the house, or I’d go take a closer look right now.

I have triangulated, but my saddle time is unfavorable unless it remains unclaimed.

And all along I thought this tag was meant to be an oblique riff off the recent election…
Darlene, love her or not: her presence suffuses this tag.
(And, yes, it’s a destination climb.)

@stu, neither of those four points is higher than this one.

Currently out of town. Otherwise, I’d claim it. 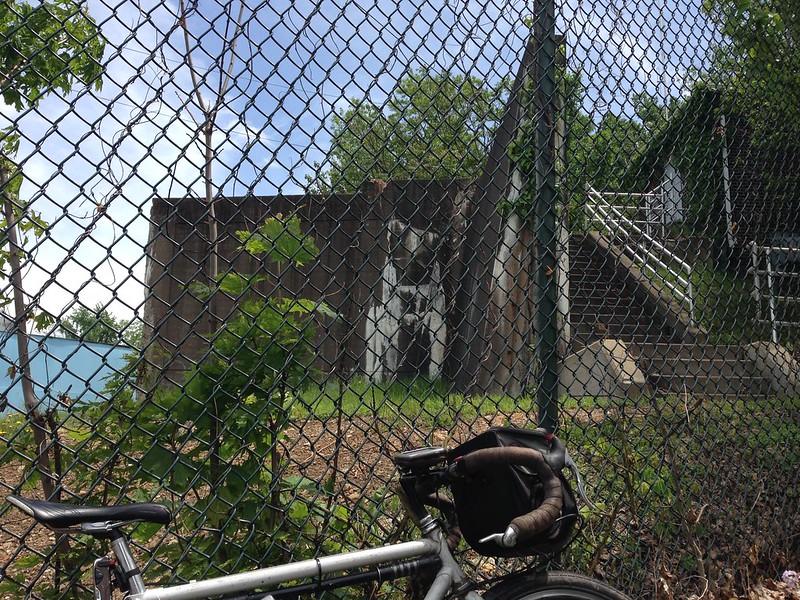 hint: this bridge is inactive 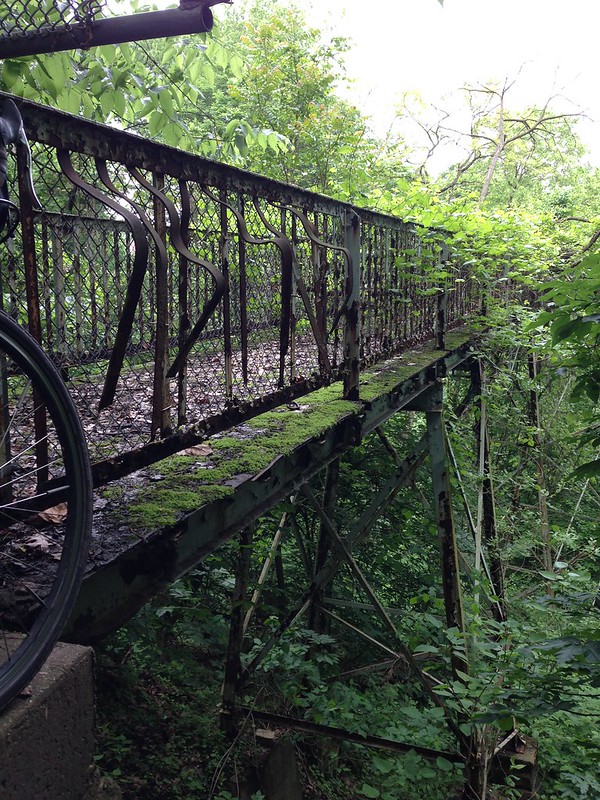 cool!  Bluebelle St over there on google maps looks like it turns into a trail or steps or something.  Hard to tell.  Do you know anything about that?

Streetview shows what look like wood steps on Bluebelle. I didn’t look at them while I was there.

I’ve been past the Bluebelle steps hundreds of times but never investigated. They’re plainly visible at the northern Franklin St peel-off from Perrysville Ave.

all these little quirky things is why I love pittsburgh.  (stairs, bridges, defunct bridges).  The topography makes the city.

Maybe this is it? Brighton Heights, Wilksboro and Stonelea.

I went to the other end of this, just a block from California Ave by the city line. It’s so overgrown with knotweed that already is taller than I am, that I could not find it.

Well, the key identifier would be those warped vertical struts below the handrail (which are sort-of visible in the pic). But it is the Wilksboro Br.

And, as Stu points out, he checked out both ends. (I would have done the same.)

So Stu picked up the tag. Though Paul is the final arbitrer.
Keeping Pittsburgh weird…

Poop. That was on my (short) list of potential sites to drop a tag at… ;^P

Wilksboro and Stonelea is correct.

The city in 2007 closed the Wilksboro Avenue footbridge, a Victorian-era walkway stretching nearly 400 feet over a Brighton Heights gorge, because of structural deficiencies, according to a city engineer’s report. …

Neighbors consider the Wilksboro Bridge, built around 1895 when people walked or caught streetcars to work, a special asset. The bridge permitted residents from a western section of Brighton Heights to cross the ravine and catch streetcars on California Avenue. …

City Councilwoman Darlene Harris of Spring Garden, whose district includes Brighton Heights, said she’s earmarked $420,000 in the capital budget to repair the Wilksboro bridge and advocated for federal highway money to rebuild the Davis bridge. City engineers estimated in 2007 it would cost $700,000 to $800,000 for a total rehabilitation of the Wilksboro span.

In my opinion they should give the rehab project to some high school students and let them work on it for a few years until they get it done.

Just throwing this out there: if BikePgh reached out to Darlene Harris and tried to help get Federal funding for this bridge rehab, that would be a good way to show that they’re interested in helping people all across the city improve their non-motorized transport infrastructure, and that they don’t hold a grudge. And maybe she would be willing to consider incorporating bikes into the rehab, if it happens. In any case it might help show people in Spring Garden that BikePgh is not an elitist organization that only cars about bicyclists Downtown and in the East End.

Oh, bother. I had one figured out that wasn’t too far off one of my usual paths, and even went that way, but forgot to stop to take the picture. Sorry, I’ll do that on the way home later.

Halfway around the sun from a well known cycling event, and a sharp eye examining one of these bell photos will recognize a location at that event from which you can see this very bell. 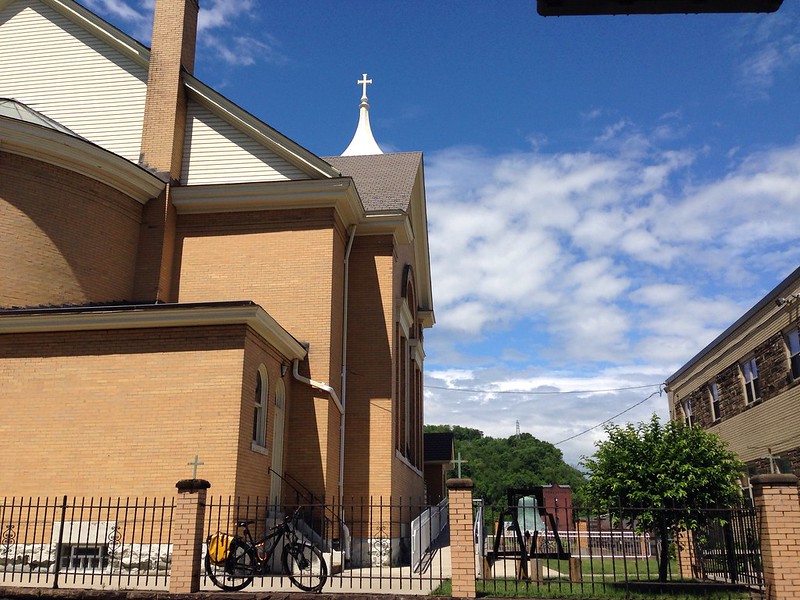 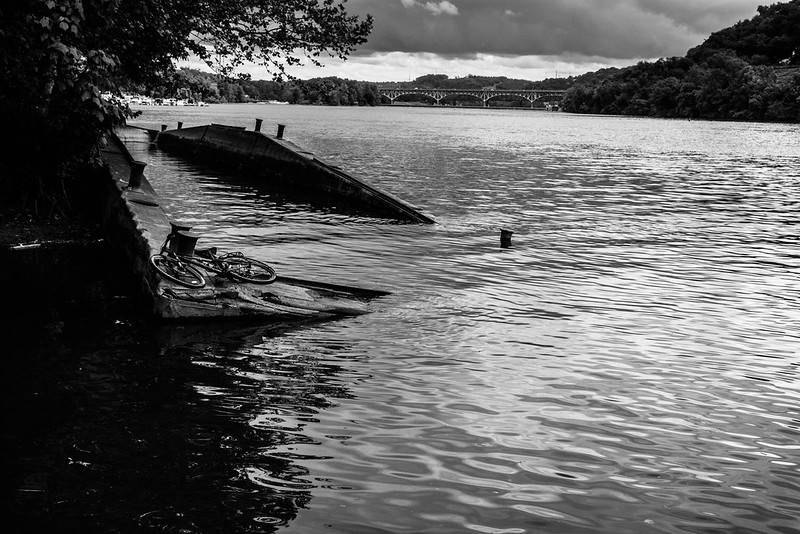 Paul got it. This is the church at the base of Logan.

Stu: your posts, on a different thread, re the 40th St Br, made Millvale the obvious destination. Just sayin’.

@paulheckbert – I jog past this a lot but never went down to the shoreline to see exactly what the heck that monster was. 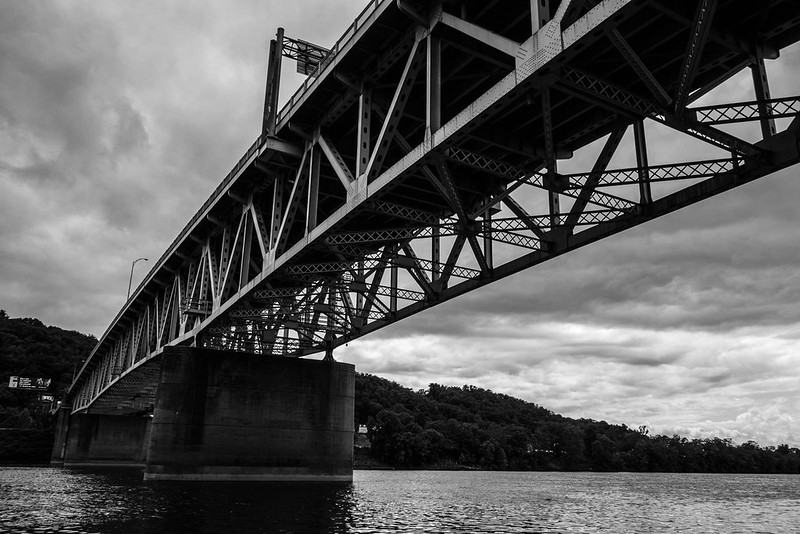 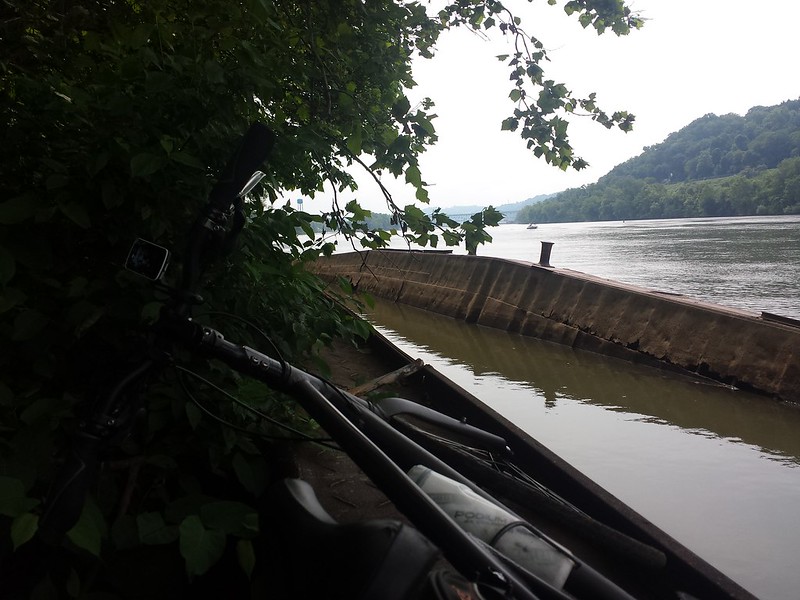 Just north of the 62nd street bridge, North shore side

And who lives in the paddle boat under the 40th St bridge?

So many north shore questions.

On Google’s aerial view, the stuff by the 62nd Street bridge looks like a pair of half-sunken barges.

There’s what looks like the side of a wrecked boat midway between the 16th and 31st Street bridges, but I’m not sure if that’s the hunk of rusted metal you mean.

Google was unhelpful in determining who lives in the paddle boat. 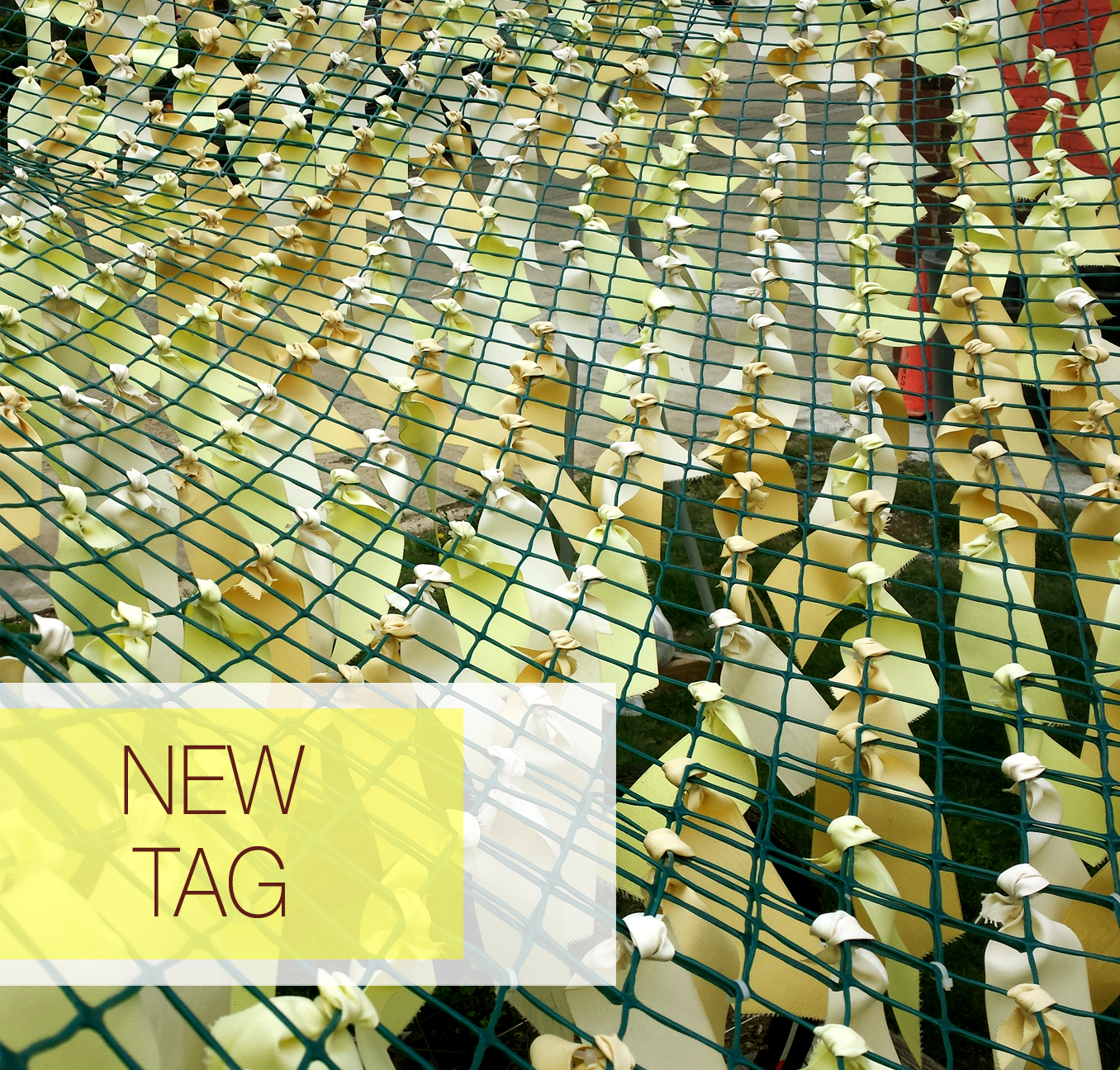 and yeah, my bike is in there… see bottom right, about 1/3rd of the way from the corner (tire/wheel).

happy memorial day to all

and double yeah, semi-submerged barge in the previous tag