Not an open street location, this year.

Artsy thingy next to the midwife center on Penn and 28th. 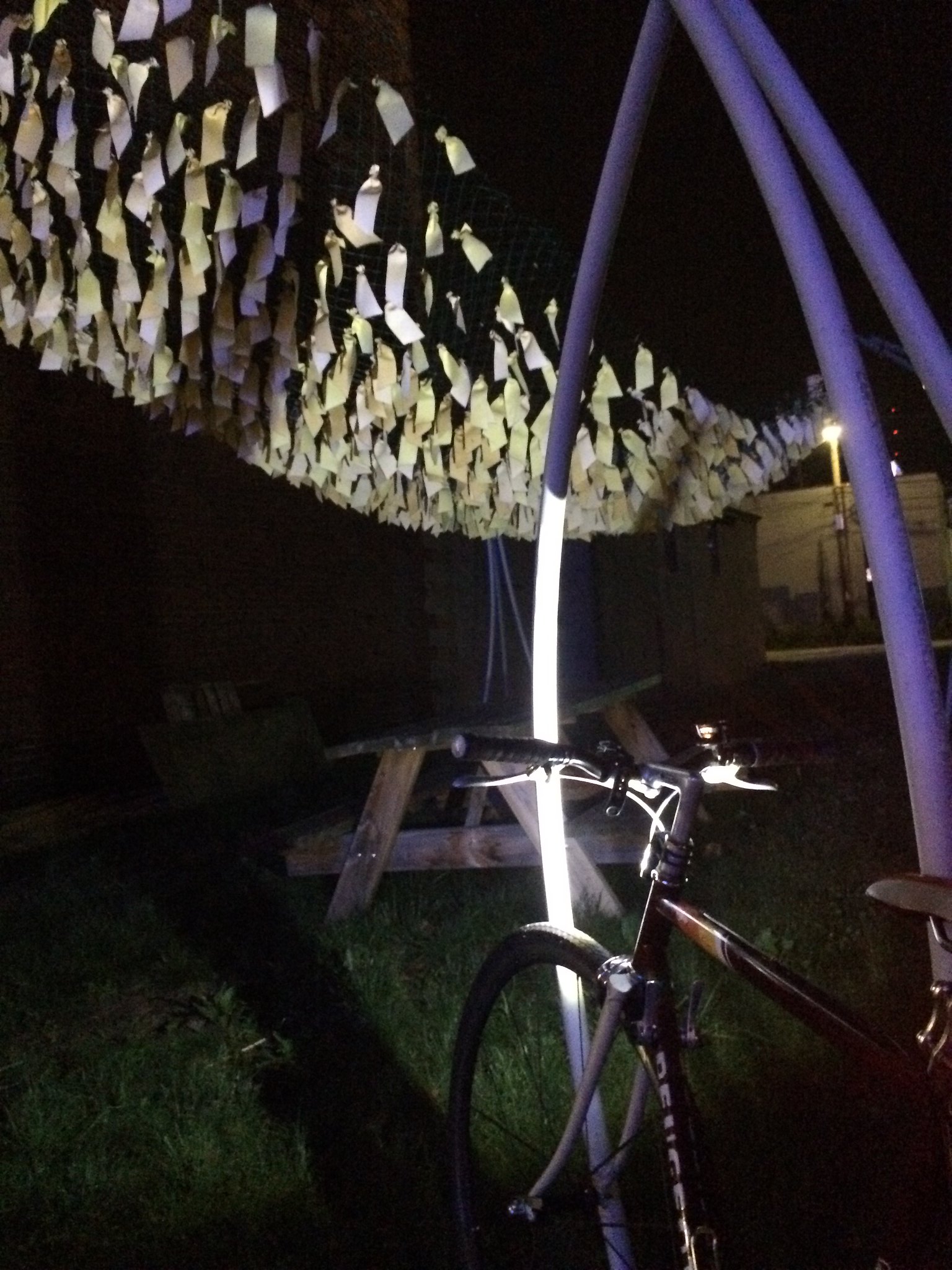 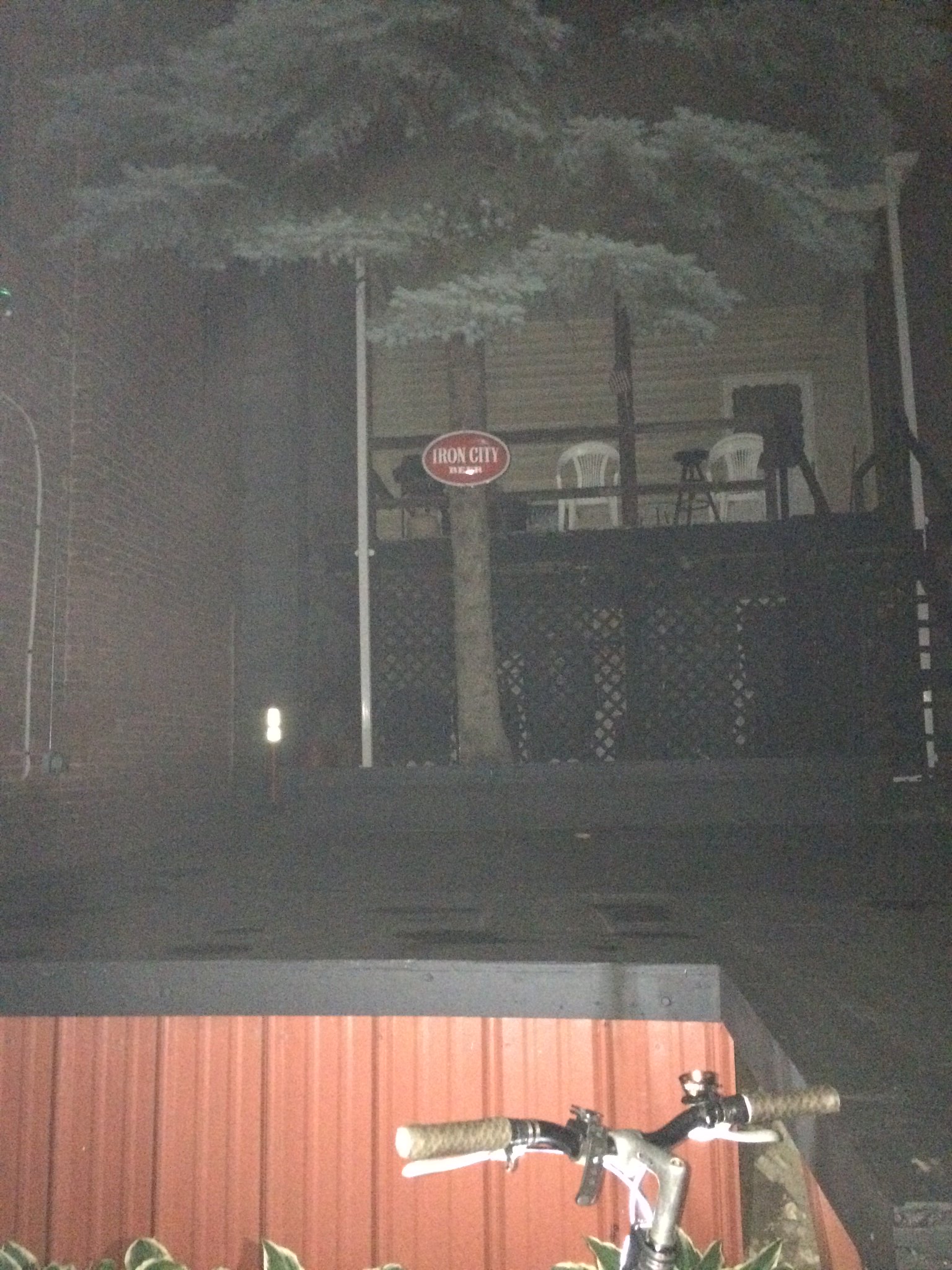 Nice place to pick up a pisces.

@zzwergel was just helping with a clue.  :)

Seems more like sabotaging the game to me. Either claim the tag or not; don’t ruin it for the rest of us.

Give the benefit of the doubt.  I have above average HTML and computer skills and have been using computers since the early 80s and still struggle to post pictures on this forum.

The tags I have picked up have required me posting that I got the tag and trying to provide an external link to the pic file and then running home and fixing it on my laptop.

Either Zach can post a pic or someone can Bruce him and then we move on.

Zach, your clue was a little too helpful. “Vague-ifying” that would have been good enough.

@stu. I will take a picture tomorrow. 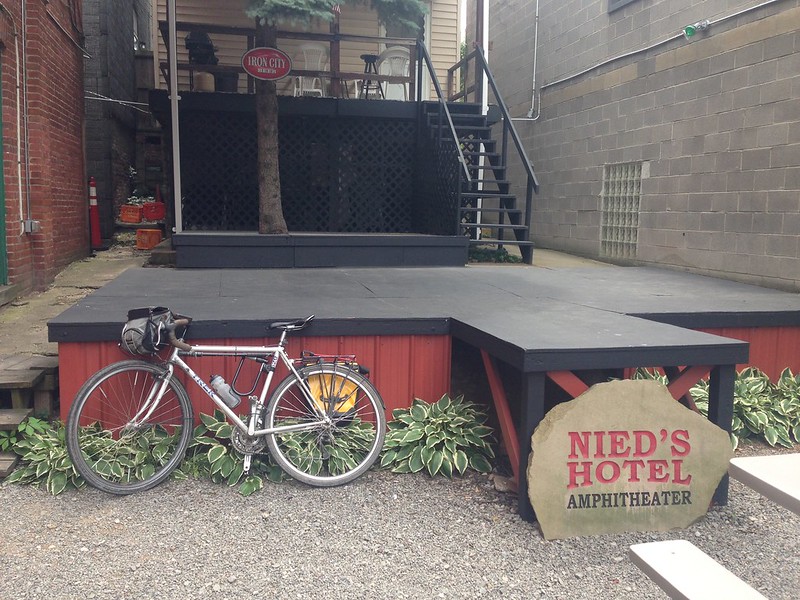 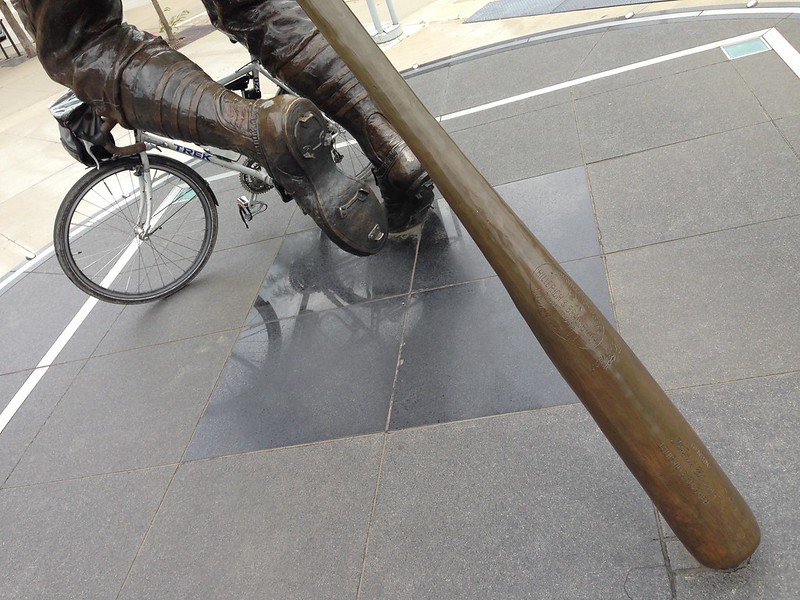 that’s an easy one!  and a great photo! 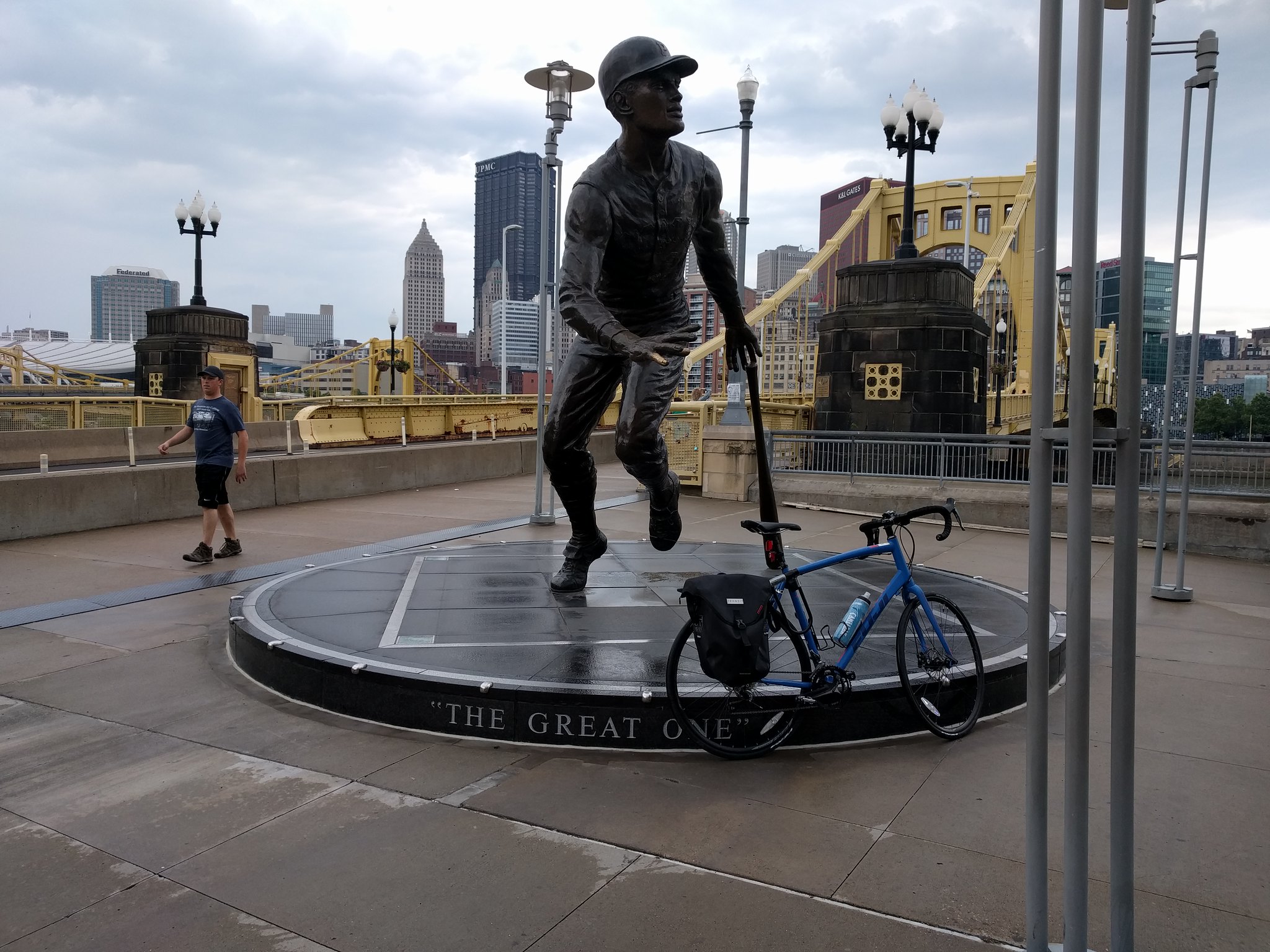 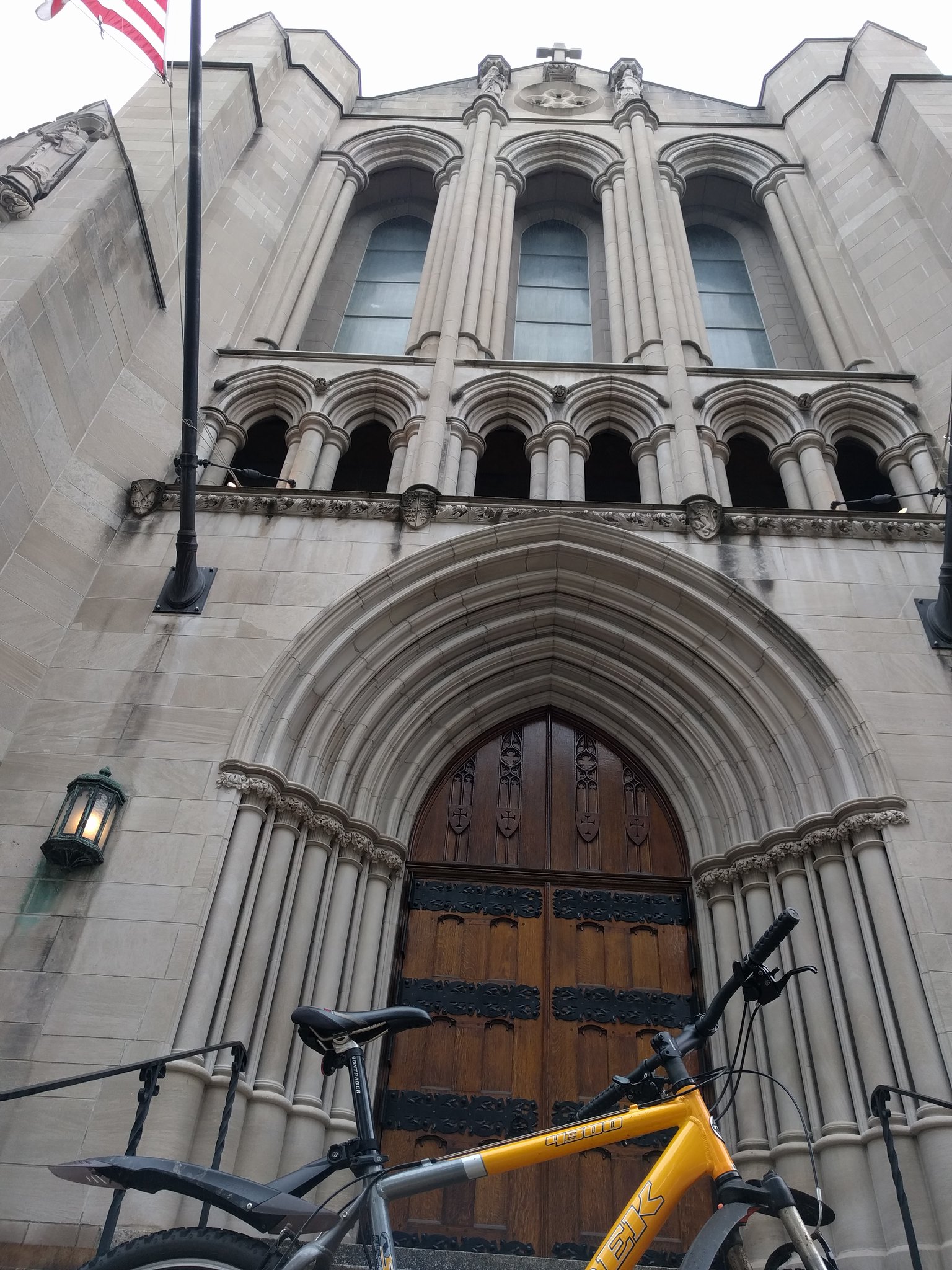 I made a quick and dirty tool to make it easier for me (and you) to post Flickr-hosted photos in T-o-R, without the forum’s dreaded penchant for cropping photos. I know some other folks here use Flickr, so I figured I’d share.

Say you’re chasing a tag. You take your picture and upload it to Flickr. Then how do you get that into a forum post?

Now you can go here and enter your Flickr account’s username. The program then looks at your Flickr feed and finds your most recently uploaded photo.

It presents you with two resized thumbnails of that photo. One is max 500 pixels wide, which is just right for posting on this forum without cropping. The other is max 320 pixels wide, for when you want something smaller.

With each image, you’re given code you can copy and paste straight into a forum post that’ll display the thumbnail image, with a link so that viewers can click thru to see the original (presumably larger) image.

This is just a first pass, so it might be buggy and could probably be enhanced. But I wanted to get something functional out there, so that I can start claiming tags in the field, rather than biking back home to my HTML editor. If you use it, let me know how it works for you.

^Hmmmm, I use flickr and all I ever do is take the shot, go to my camera roll  (the part that shows the thumbnails) and pick the image. Once i pick the image, my app displays the typical share icon among a few others. I chose the share icon and a list of options comes up. One option is “copy url,” I  copy it and paste it on T-O-R.

As far as I can tell, it’s never cropped the image.

I use a 5 year old samsung galaxy s4.

Okay, I know this is skirting with a rule #7 violation, but how does “pisces” lead to Nied’s Hotel?

Doesn’t matter, because I’m about to explicitly violate rule #7 in a major way.

How is that clue going to lead me to Nied’s? I’ve never heard of it and I’ve lived hear for decades. Lots of places have fish sandwiches on the menu. Nied’s isn’t even on the first page if you do a Google search for “fish sandwich Pittsburgh.”

This is one of the big reasons I don’t look for tags much anymore. The clues are usually super weak (assuming the setter even bothers to give a clue). More than half the time, if you don’t already know where the tag is, the clue won’t lead you to it.

I agree, that one was a toughie. I had no clue. But sometimes people figure these things out.
There’s a trade-off here between making a tag findable and difficult enough so it’s not just a race to see who gets their first, or who has time off from work etc. And when you set a tag, the location is obvious, to you, so there’s a tendency to make it more obscure than it needs to be.
I, myself, just accept that I’m more bothered by people not picking up my tags than by worrying about whether I’m creating a race, and try to make the clues easy.
I agree, everybody should include a word clue, just to follow the rules and make things a little more fair, so people who haven’t run across the location already have a chance to pick it up.

On that note, here’s a word clue for the current tag:

This church is known for having the earliest AM service. 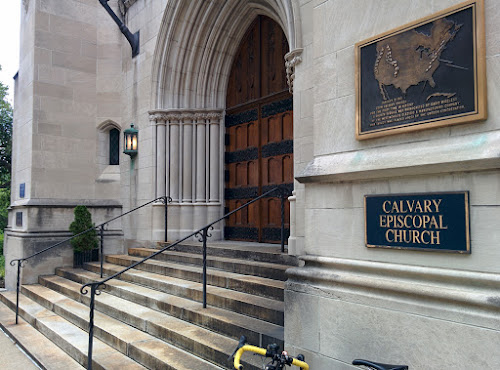 Calvary Episcopal, Shady Ave, first church to broadcast a service on the radio (1/2/1921) 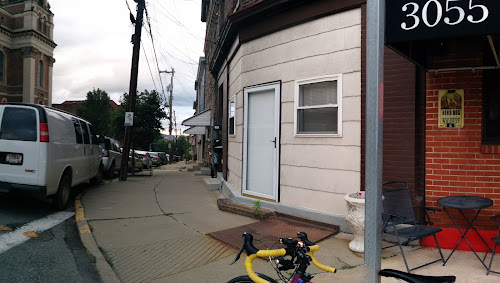 keeping with and perhaps even merging the two previous tags’ themes:
A drink fit for a Fisher of Men. If he doesn’t like his fish well smoked, however, he might prefer the parish hall just down the hill…

(Btw, re: Nied’s, here’s the front of the building: https://goo.gl/maps/Cgz4DCr4Pdr — its fish is, indeed a big deal, at least in Lawrenceville*.  It’s also a cheap bar that hosts a number of concerts and Lawrenceville community meetings, where you might pick up a Pisces of a different sort.

* it’s also like third if you search Yelp for ‘fish sandwich pittsburgh’, for what that’s worth.) 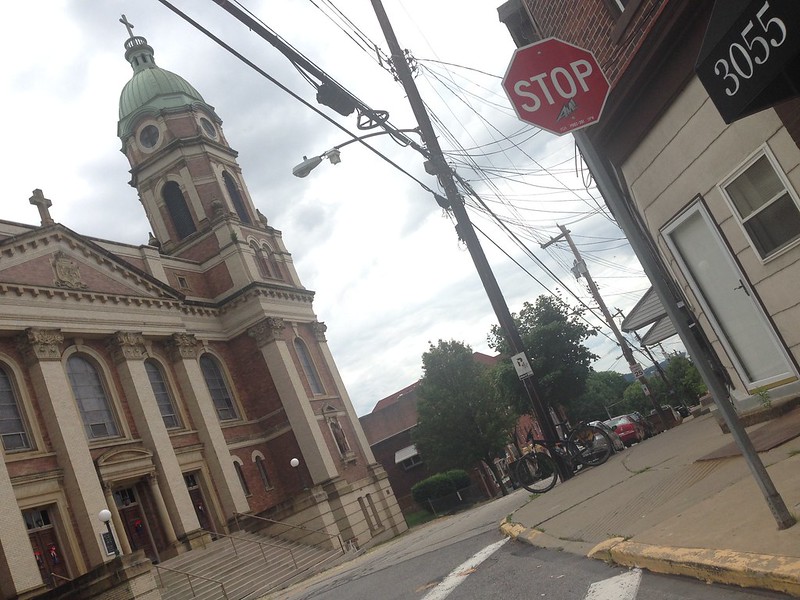 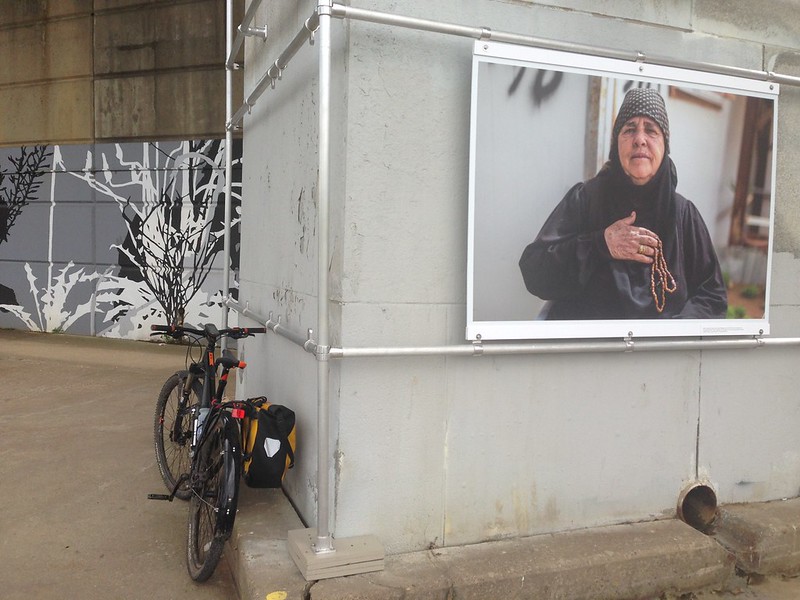 Did they replace the vandalized photos?

perhaps whoever picks this up can determine

After Sunday this tag may be gone…

Along the Allegheny River between Clemente Bridge and Point State Park, approximately below Stanwix St.

Tag-o-Rama tag drop. You figure it out! pic.twitter.com/ewOtzUTUp5

About the photographic prints along the Allegheny Riverbank: they were photos of Syrian refugees by Maranie Staab. Two of them (the two spaces over the bicycle in my photo) were vandalized several days ago. Had they been replaced when you were there, Stu? News story: http://www.post-gazette.com/ae/art-architecture/2017/06/07/Artworks-defaced-Allegheny-River-Pittsburgh-Three-Rivers-Arts-Festival/stories/201706070218

I jogged past it today.  They were still missing.  Riverlife is footing the bill to reprint them…

If you need a word clue: You can safely pick up this photo, but there are cars on all sides of you, including below. 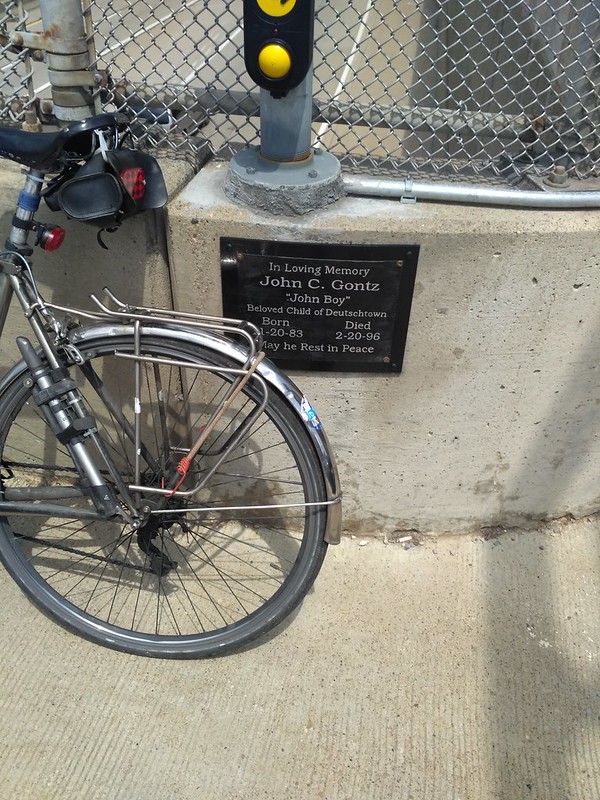 Btw what led me here is this ironic story: https://www.newspapers.com/newspage/90680202/