Well, that one helped me narrow my search.

Johno’s Art Studio, Arlington Av at S.18th. And it took me only 12 minutes to climb from SSide Flats.

Bruced at Johno’s.
“Mount” and “well traveled bike route” were helpful hints. The rest of the “hints”, uh … no whining. 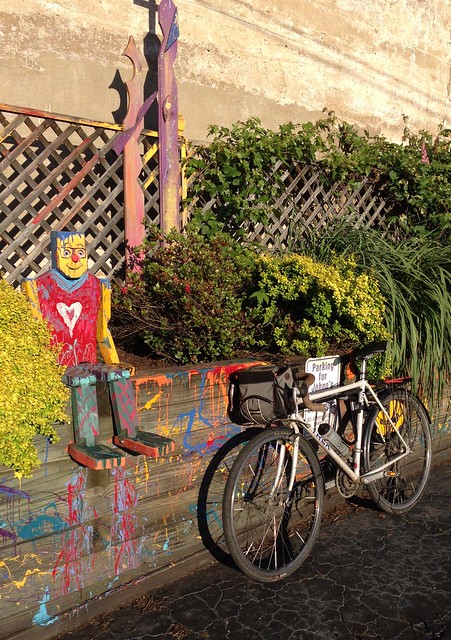 I don’t get all the other hints, either: not whining, just inquisitive.

Speaking of well biked parts of town with few tags, for all the thousands of cyclists who’ve passed here, this entire street has never had a tag dropped on it, until now.

Would Rodney eat a Reuben sandwich?

As you come up 18th and are about to turn R on Arlington to get to Mt Washington (unless you already did an R onto Mt Oliver), or are headed on to (say) Nobles or just headed for an L on Arlington, you come up on this sight on your L:

Pretty much all the clues were off of it. To me that sight is one of the rewards you get for climbing up 18th. But whatever. It was never a tag candidate: you can google each of those phrases and get yourself to Johno’s. I’ve never seen the shop open (it has limited hours) so I can’t say if Johno is still around or whether the property is just sitting there, part of the slowly vanishing Old Pittsburgh. 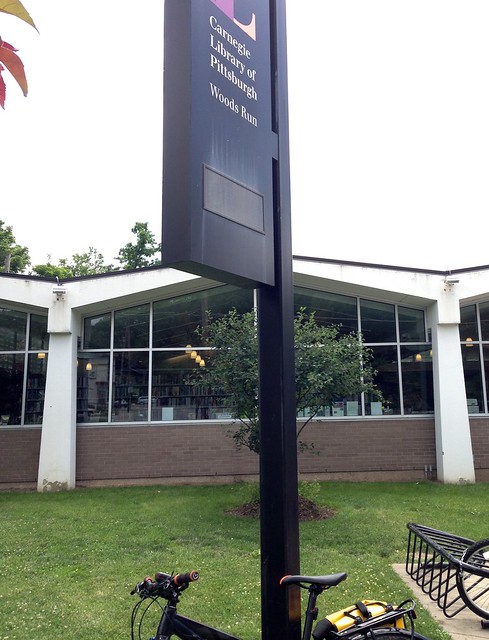 For anyone not getting the clue, the library is nicely sandwiched between Rodney and Reuben Streets, both of which edge off to the north of Woods Run Ave. 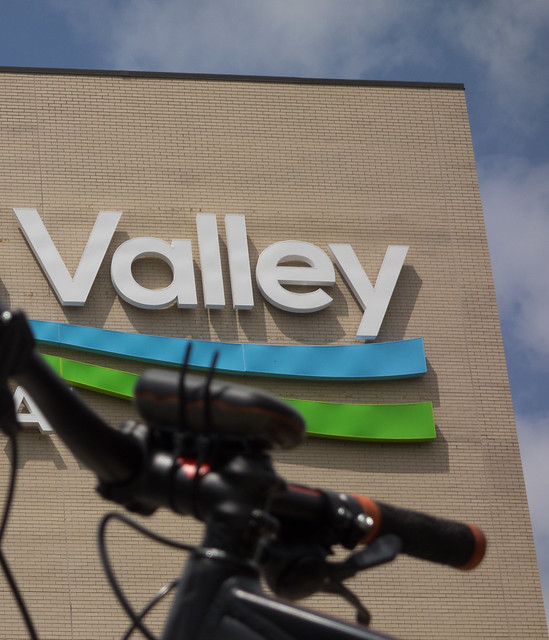 hint: what comes after the A? 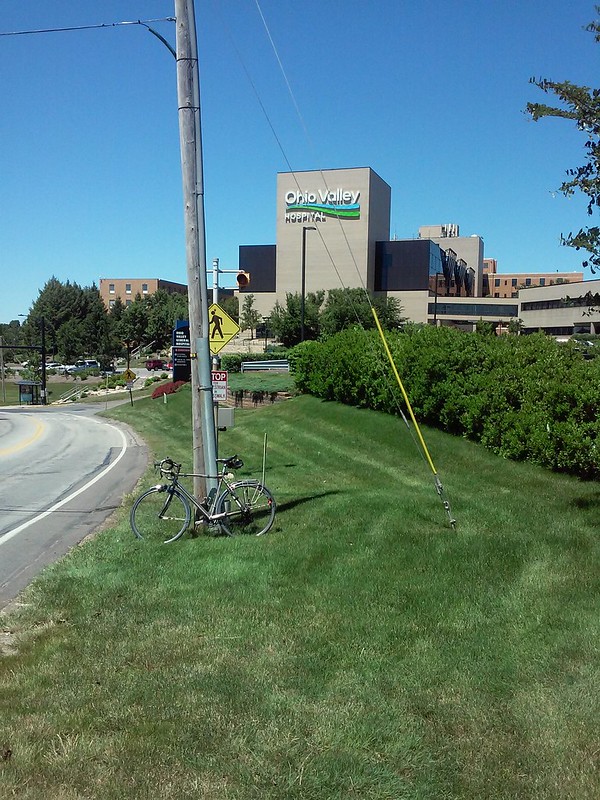 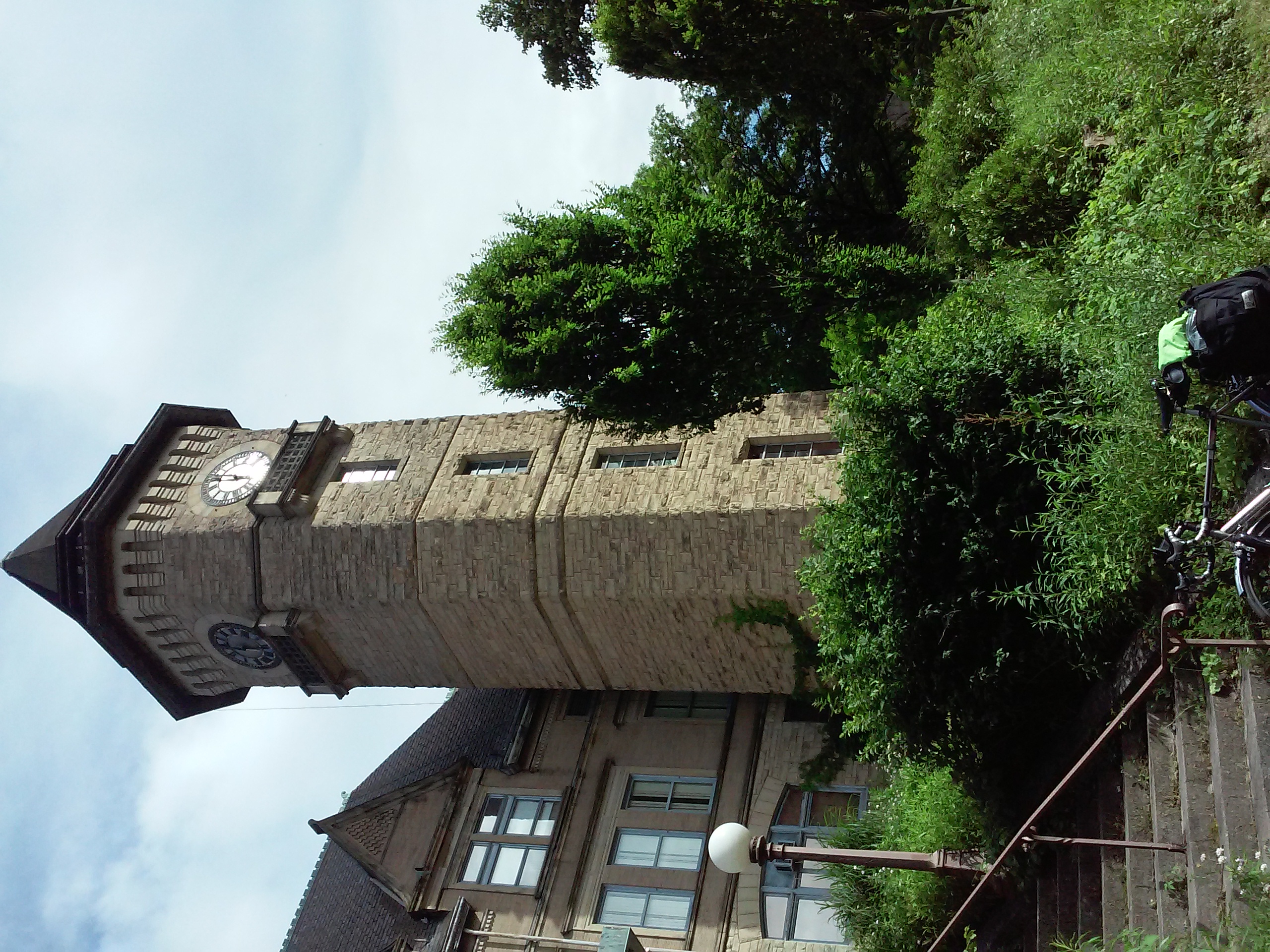 Nah, if I can figure it out, anyone can; I’ve just had a hard time overcoming the inertia of rest.

I’ll head out to pick it up this morning, but I’m gonna try a new 60-mile route to get there. See ya this afternoon! 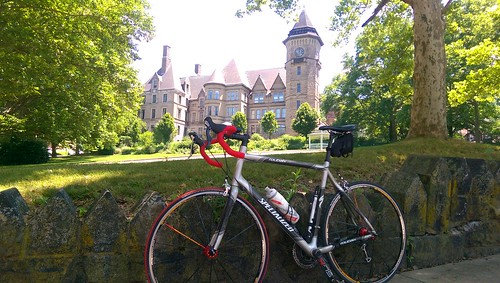 Not sure it was worth the road rash from the digger I took on the ride, tho… ;^(

Oh, I saw that on the post-gazette website today and I knew it from the tag-o-rama pic. Props @jonawebb on being timely. Sorry about the road rash, @ornoth.

New taggum. Too damn easy. Only hint you’re gonna get is that the photo was taken in a highly pvblic location. 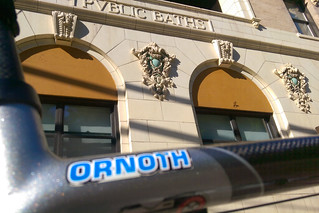 Over a hill and not that far away: 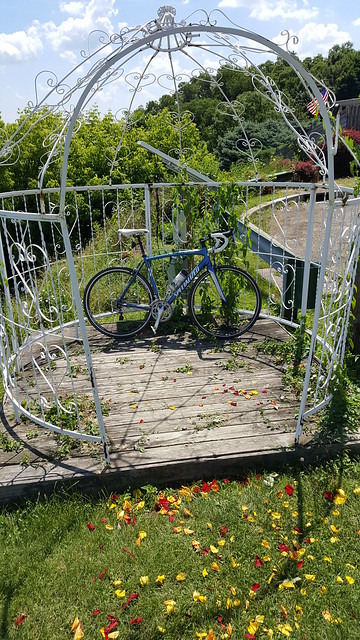 I know where the current tag is located, which I guess is good (except that I have other stuff I have to do just now).

In the meanwhile, here’s a story on a somewhat related activity that’s been around for ~35 years. It developed clue issues.
http://www.vice.com/read/the-35-year-long-hunt-to-find-a-fantasy-authors-hidden-treasure
Good thing our Tag-o-Rama has all those rules.

“Over a hill and not that far away” could be almost anywhere in Pittsburgh, couldn’t it?

*tries to think of a clever clue, but is unable to do so*

“Over a hill and not that far away” from @ornoth‘s tag. As in, there’s a direct, if slightly obstructed, sight line between the two tags. Go out and pedal!

Belvedere at the edge of a reclaimed field in Emerald View Park. At some point it was festooned with string lights; a cool hang out. Then the lights disappeared and there’s been no apparent upkeep for the last couple of years…

Actually, I counted 53 but I could be wrong. In any case, 57 sounds much better. Yes, that’s a Little Library down there.

There’s a clear sight line to the previous tag (and vice-versa). I checked. Well ok, there’s foliage and you do have to step a bit over the the left. But close enough, like the step count. The view is definitely finer in winter.

Lots of water nearby, but none you can swim in. Almost makes me see red, big time.

I’ll pick this up later, if someone else doesn’t beat me to it.

Sorry, I didn’t count steps. But I did go through some of the books in the little library. There’s one in it about the construction of I-279.

Red Way, above Biggs St., next to McNaugher Reservoir. I hiked the bike up the 370-ish steps of Rising Main Ave to get here.

I’ll drop the next tag on my way in tomorrow morning if it isn’t storming too badly.

Couldn’t get a nicer morning to drop a new tag! Continuing my recent series of well biked streets that don’t have tags anywhere on them, find my bike’s Spring green bar tape behind this memorial. 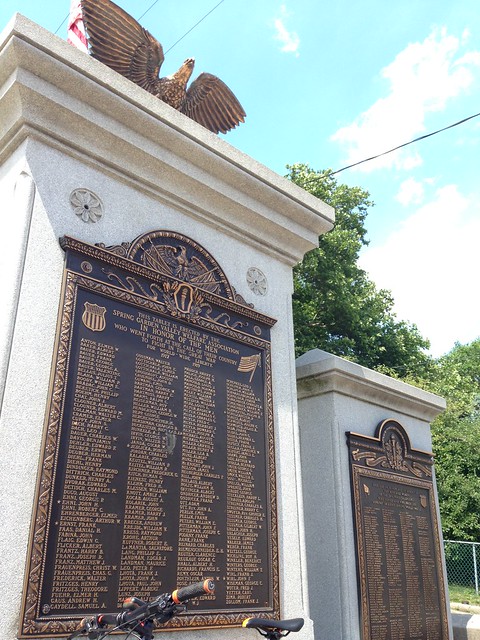 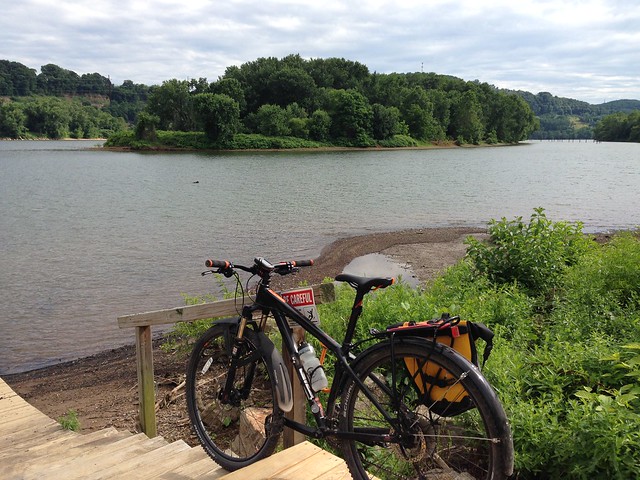 “I can’t say if Johno is still around or whether the property is just sitting there, part of the slowly vanishing Old Pittsburgh.”

As fas as I know he is still in business; we got a print of one of his paintings as a Christmas gift maybe 2 years ago – it was the painting of the group of road bikes traveling in a pack through the South Side. 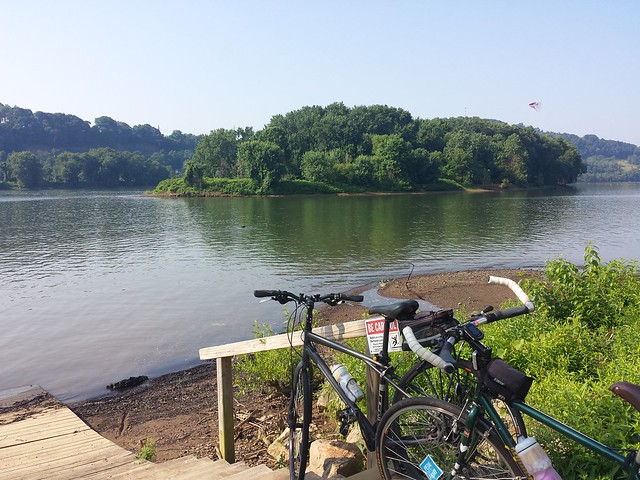