I see the images, Ahl. They look a lot like this: 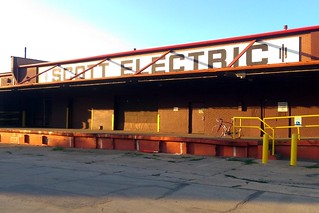 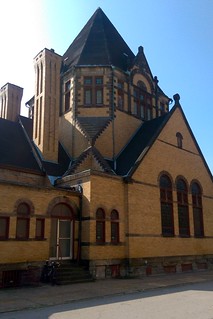 And here’s your hint: 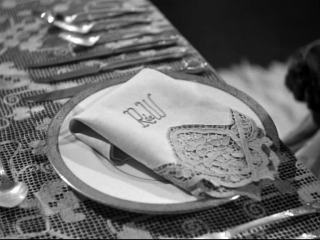 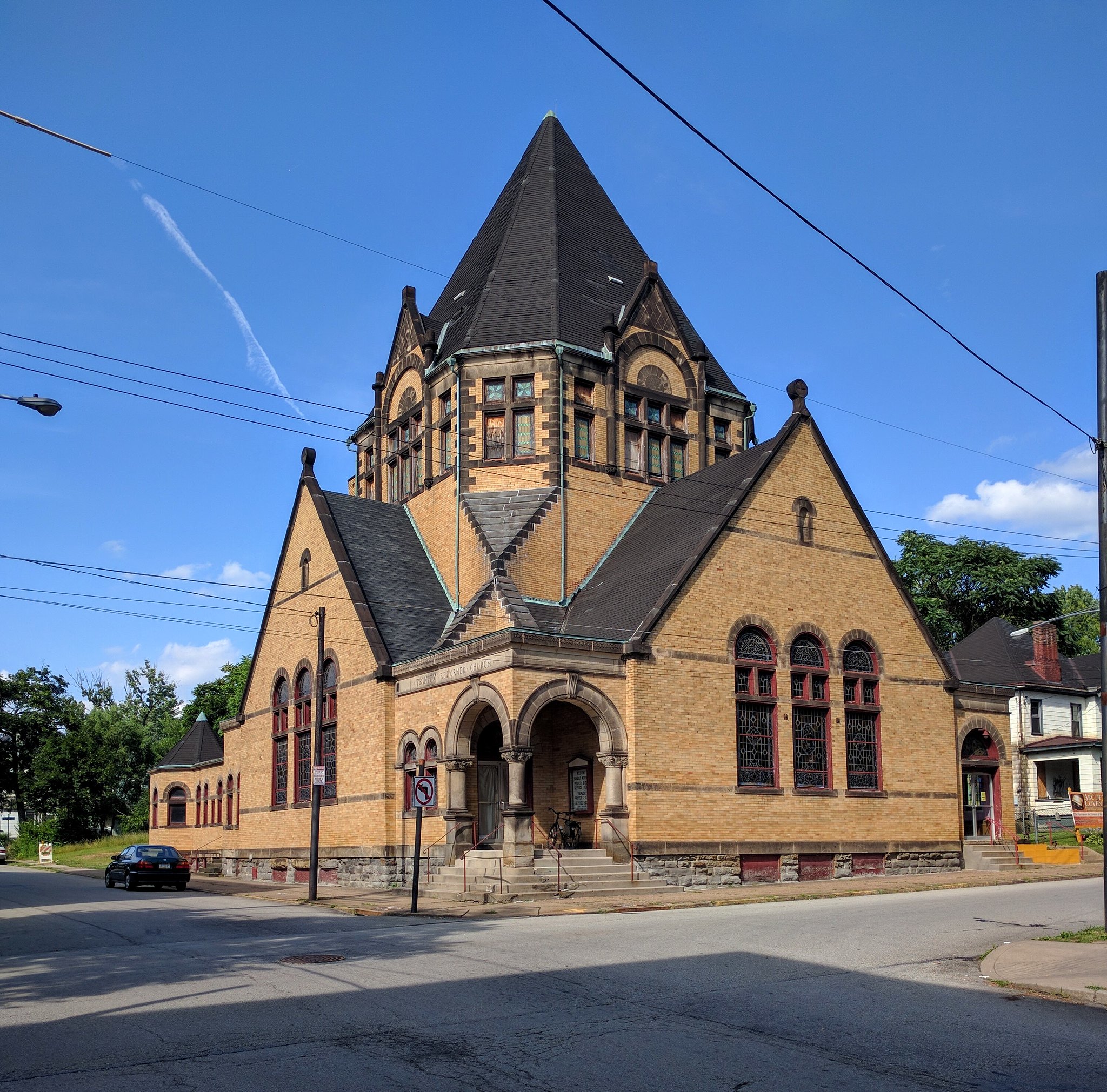 What was the hint? I knew the church because I used to live on Biddle but couldn’t tell what the clue was supposed to be clue-ing

The monogram stands for Rebecca de Winter; it’s a plot element in Hitchcock’s 1940 film “Rebecca”, and (I presume) the du Maurier novel it is based upon. A pointer to Rebecca Ave. 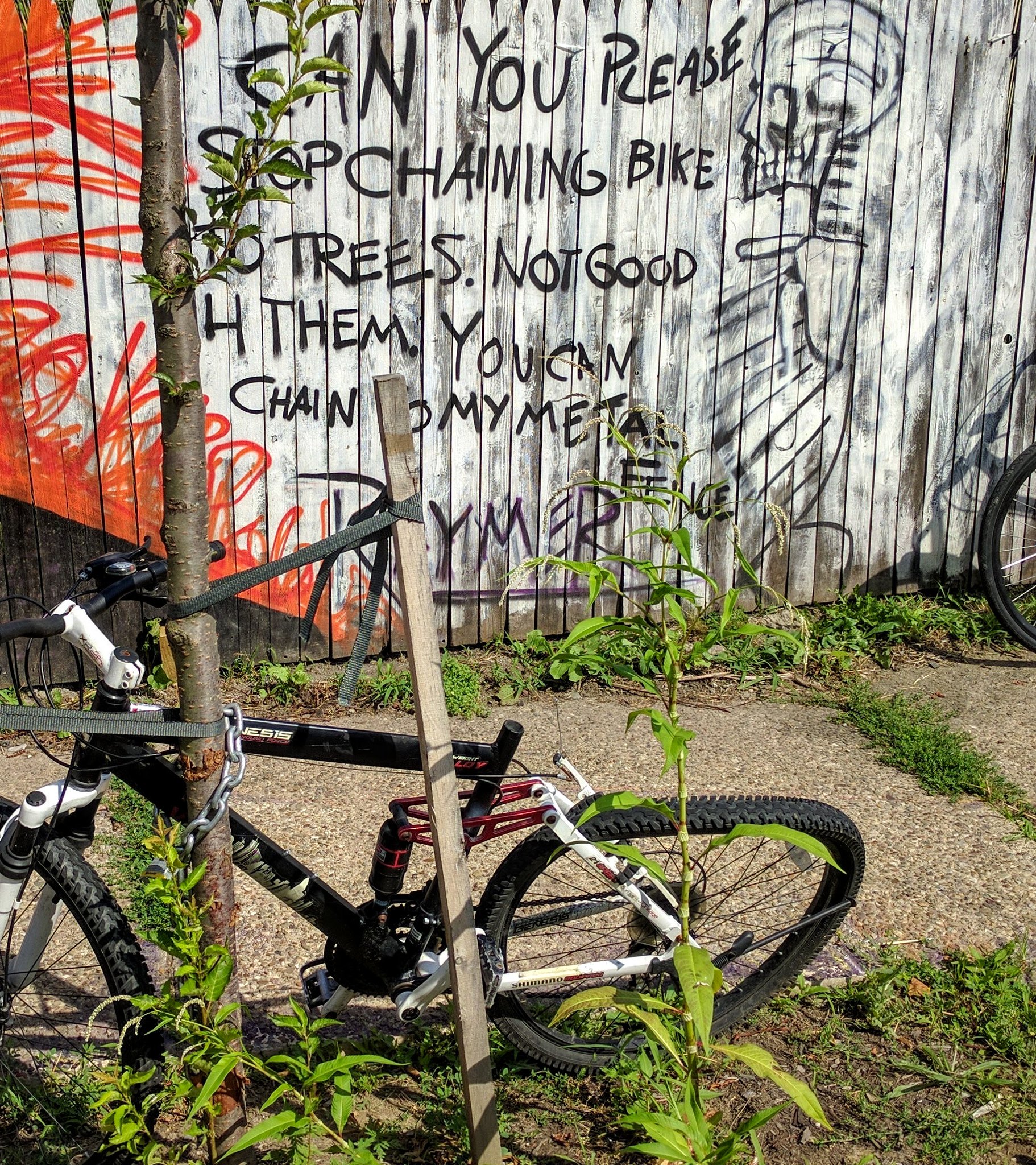 I sort of think of this tag as self-clueing.
Let me know if it’s not.
Or try this
recipe
substituting
mulberry.

Has anyone tried the recipe yet? It has all the ingredients for a clue, and then some. You might try stirring it with a scant yardstick.

By 3504 Charlotte At, one block over from Mulberry Way. pic.twitter.com/6R7KTTq9E9

On Charlotte by 35th St.

Many more images at Pittsburgh Murals. It keeps changing; Google Streetview has some large images from December 2015 that are particularly striking.

Thanks for finding this place!

Y’know what, I’m not going to be able to set a tag before Monday afternoon. So I’m going to throw this back open to let someone else have a chance.

I feel good that I figured it out, though. Had it not already been dark, I might have set the tag last night.

Well, let’s see if anyone else picks up the tag before late Monday.
@ahlir, I think you’re off the hook.
I already have my tag site picked out, but it’s far from my house. 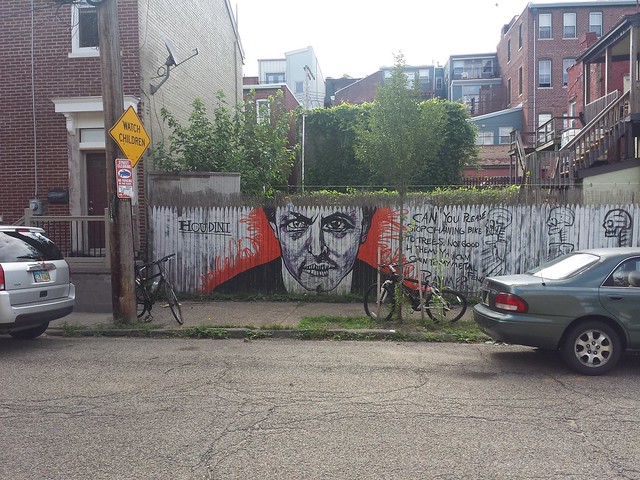 If someone picks up a tag then declares that they can’t/won’t set the follow-on this should not count as a reset of the existing tag. At that point the world is different: The location has been identified, and the point of the exercise is moot.
Specifically all that matters to “win” is reading the mb/ at an opportune time and having the time (and proximity) to get to the location. That’s not the Game: it’s leveraging internet randomness.

I would rather the original finder get credit, and the original setter have the option to propose a new tag (perhaps set at, or around, the time of the original or thereafter, but not contingent on the triggering condition).

For context: At some point in this game I luckily picked up a tag. But before getting to my destination tag, I had the misfortune of crashing (and ended up in a hospital). The Game noticed that a new tag had not been set. Someone stepped in and the Game went on. That’s an extenuating circumstance. The current case isn’t.

So: don’t just give up a tag. Let the clock run out. Maybe you’ll discover that you did have the time (more or less). Or, you get the opportunity to set a tag outside the “inner” rectangle/polygon. To the benefit of the Game.

[Dan: It’s not personal. Just me being willfully abstruse.]

@ahlir If you’re talking to me, it’s Dan, not Don.

Nothing personal taken. The willingly abstruse thing kinda says it all to me.

So I have this cool tag ( I think, anyhow). Should I post away or are you asking to have the opportunity to reset the tag?

Let’s not make this more complicated. Stu announced he couldn’t set a tag in time, so, following the rules, the tag was open again. TeamDecaf has it. That’s fine.

Dan: I realized my error whilst away from the computer. But managed to fix it during the edit interval (for those of you trying to this follow at home).

But really. There should be a rule.

This beautiful oasis has a collection of plants from an ancient, sacred land.

@Alhir, following up on your previous tag, the bottom right image is a mulberry tree. And jeez, there are plenty of rules, plenty.

Adding to the “oh-crap-I-should’ve-just-kept-it”-ness of this handoff, I found a wonderful could-be-a-tag much closer to home, just Sunday morning. So now I have to find two tags in short order so I can use these.

This game is far from dead. We just need more people playing.

In @TeamDecaf’s “new tag”, are we looking at three photographs, or four? The bike saddle pic looks like a fourth photo. If four, then we’ll have to trust that these photos were all taken at the same location.

That’s 3. The saddle I’d up against a piece of wood at the bottom of the top photo.

I’m OK with multiple photos. With this tag, though, I’m more concerned with it being inaccessible. I don’t think it’s Randyland, but my hunch is that like Randyland, it’s not something you can easily see from the street or some other public spot. I’m OK with “No Outlet” streets, anything along a trail, fountains in parks, little streetside gardens and the like.

It’s 3 photos, all taken within minutes of each other, in various parts of the same location. The top photo has my bike against a railing with the background of the pond.

It’s a public place and it can be photographed from the “outside” (albeit a little tougher to see) as well as inside the garden.

It’s definitely private property, but they encourage the public to enjoy their garden. (if it’s where I think it is)

Agreed. And only worth visiting in the summer. 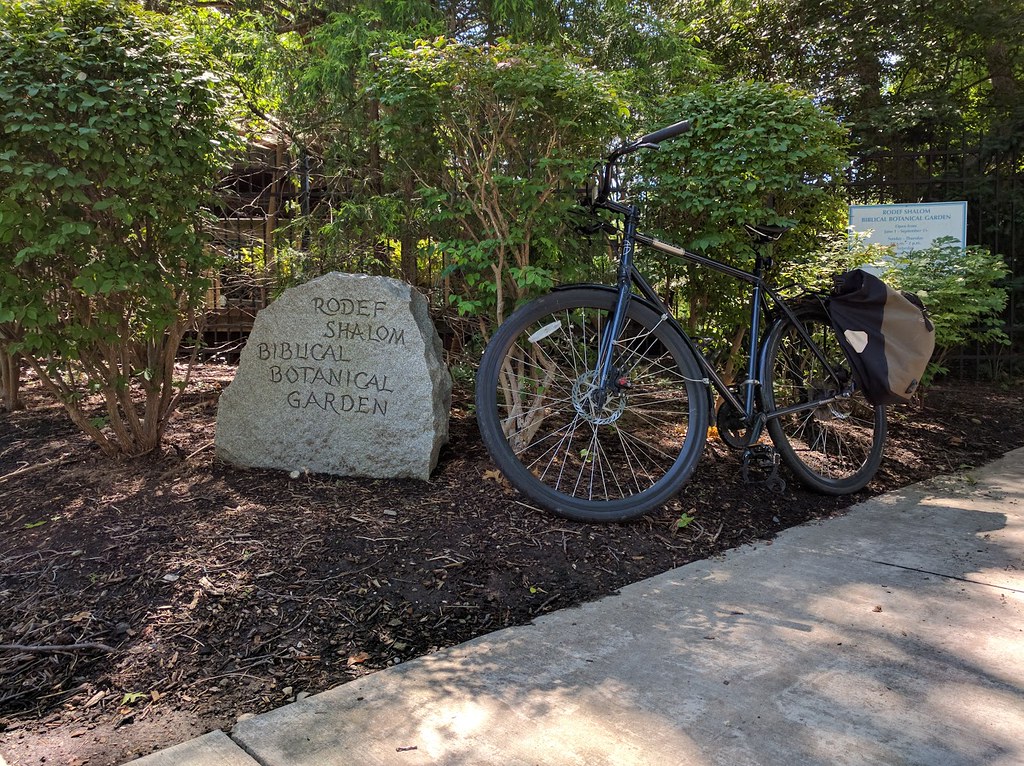 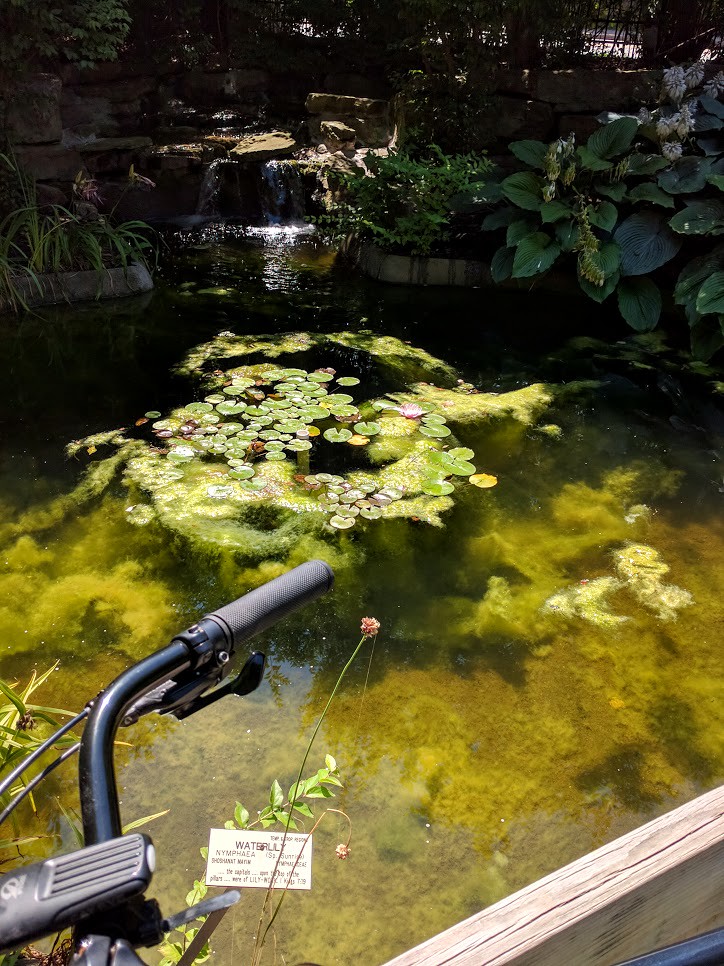 History, in its many expressions.
Some willfully scratched out.
All close together. 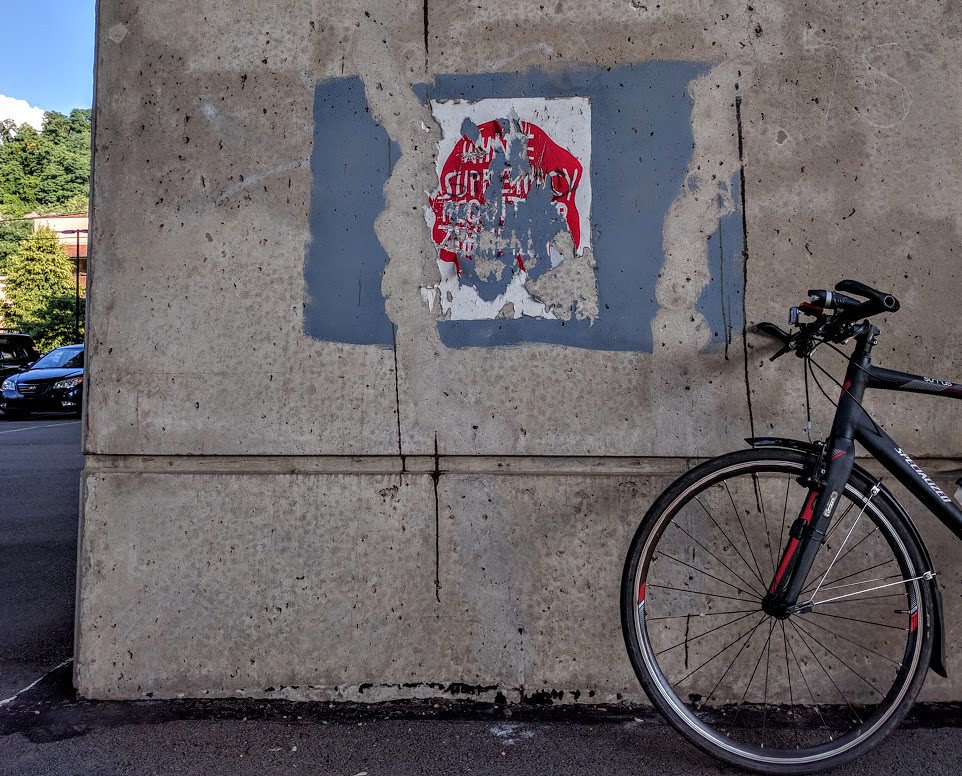 History, in its many expressions
Some carefully preserved
Some willfully scratched out
All so close together

Under I-279 next to Heinz History Center. More info in tweet.

Yep, this is within the box.

No better light than I had for the tag I didn't drop last Friday night, either, but we'll give it a go. pic.twitter.com/ggCRQnjYG1

I might try to get better photos of the building in broad daylight tomorrow morning (driving the bike there), but these were legitimately picked up under my own power.

To elucidate some of the clue for the previous tag:

There are only so many ways to get from downtown to McCandless. One of them is through Blackburg, Kentucky.

Aw, Stu. You’re making this too easy.
If I hadda working bike I woudda posted this one already… Off Howard St, Millvale. You pass it on your way to climb up Hoffman.

This is a location for a TV series being filmed locally.
http://www.post-gazette.com/ae/tv-radio/2015/04/22/Outsiders-series-to-begin-filming-in-Pittsburgh-next-month-WGN/stories/201504220173 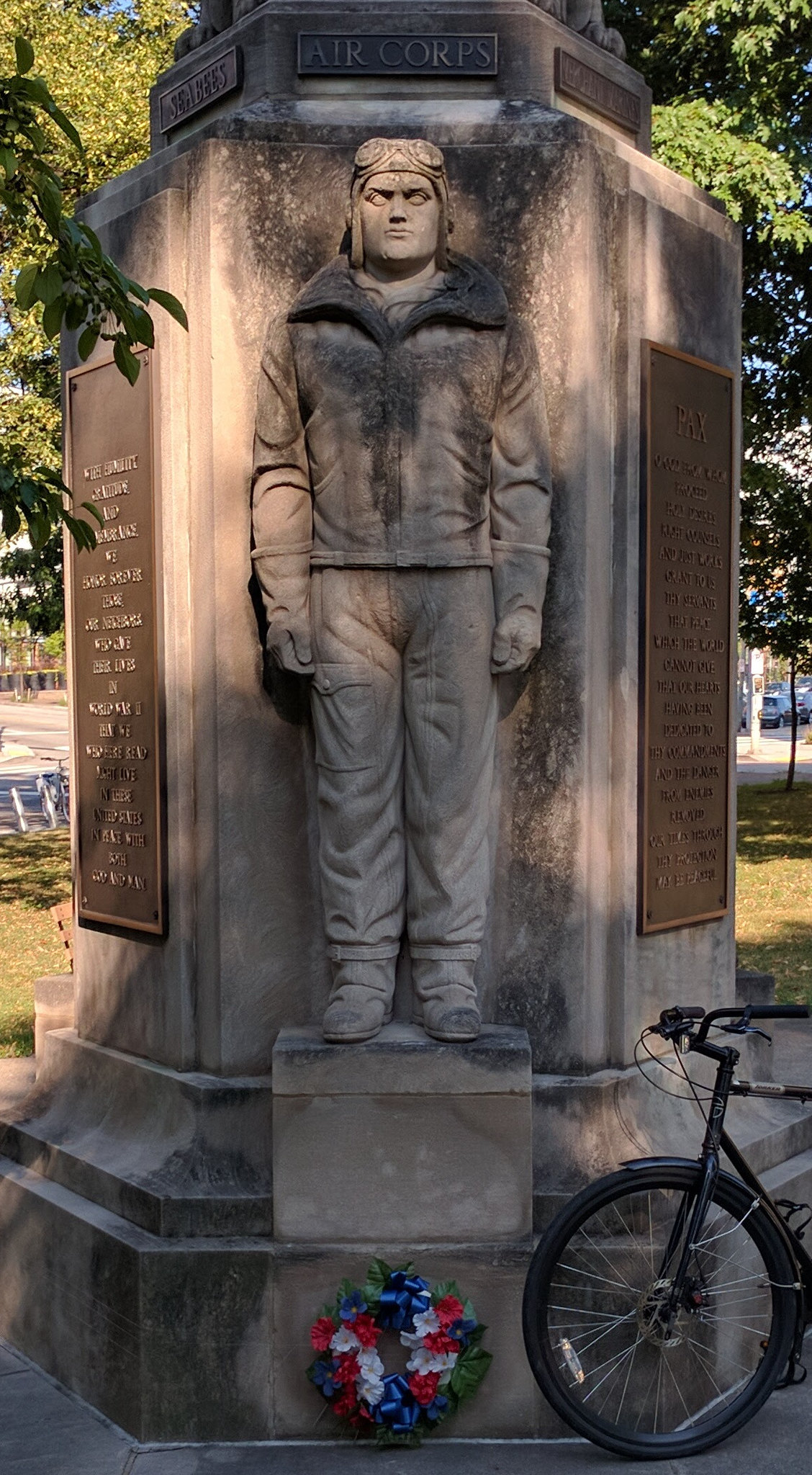 A hexagonal base, in a triangular space.
A Park, not a Field.

It’s getting late in the day. I hope you’re not all watching those petrol-powered antiques screeching around. I mean, there’s not even a bike heat. Sad.

Anyway, I had trouble formulating the clue the way I wanted. I still can’t quite get there, so here’s the best I can manage so far:

A hexagonal base, at the pentagonal center, in a square of triangular shape.

[re the pickup:
Those cars belong to people attending the church (after all, it’s Sunday morning). They have a great solution to the parking problem (3 lanes: everyone arrives, and leaves, at the same time).
The Crockett markings are on what looks like a hall or maybe school. If it’s the latter it would imply a Catholic congregation. But the spires are all wrong. Anyway, it doesn’t much matter.
] 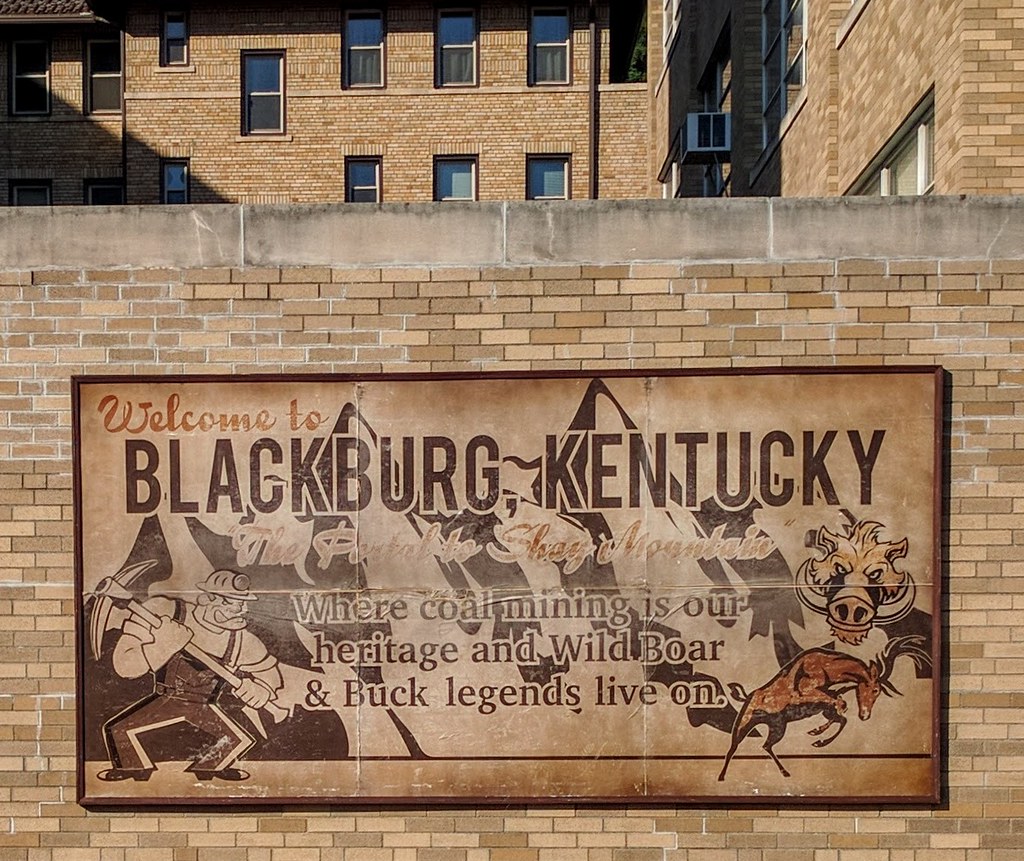 Why do TV writers feel they need to make hicks sound like, well, hicks?

Responding to the quip about the Vintage Grand Prix, how old does a bicycle or car have to be considered old, or even unofficially called an antique?