What I did on my summer vaca…

Been meaning to post this, every summer the boy and I take a road trip, put bikes, kayak on the car and go. This summer we went up through the Adirondaks and ended up in Ottawa, CA. Ottawa is crawling with bikes.

The base of every office building downtown basically looks like this: There is bike infrastructure going in, but Ottawans aren’t waiting around for it. All demographics you can imagine. A bike with my dream car: It looks like you had a good time & Canada is great, I’d like to get to the plains providences sometime.

Also, I like the bike racks in the 7th pic that have space for advertising above them. I’m not at all a fan of advertising, but if it would help to get more racks throughout the city I could live with it.

@Marko One would think bike shops and manufacturers would be the ones to advertise where bikers will see them the most. I’d be perfectly happy with that.

Ottawa looks nice. Never been there myself. 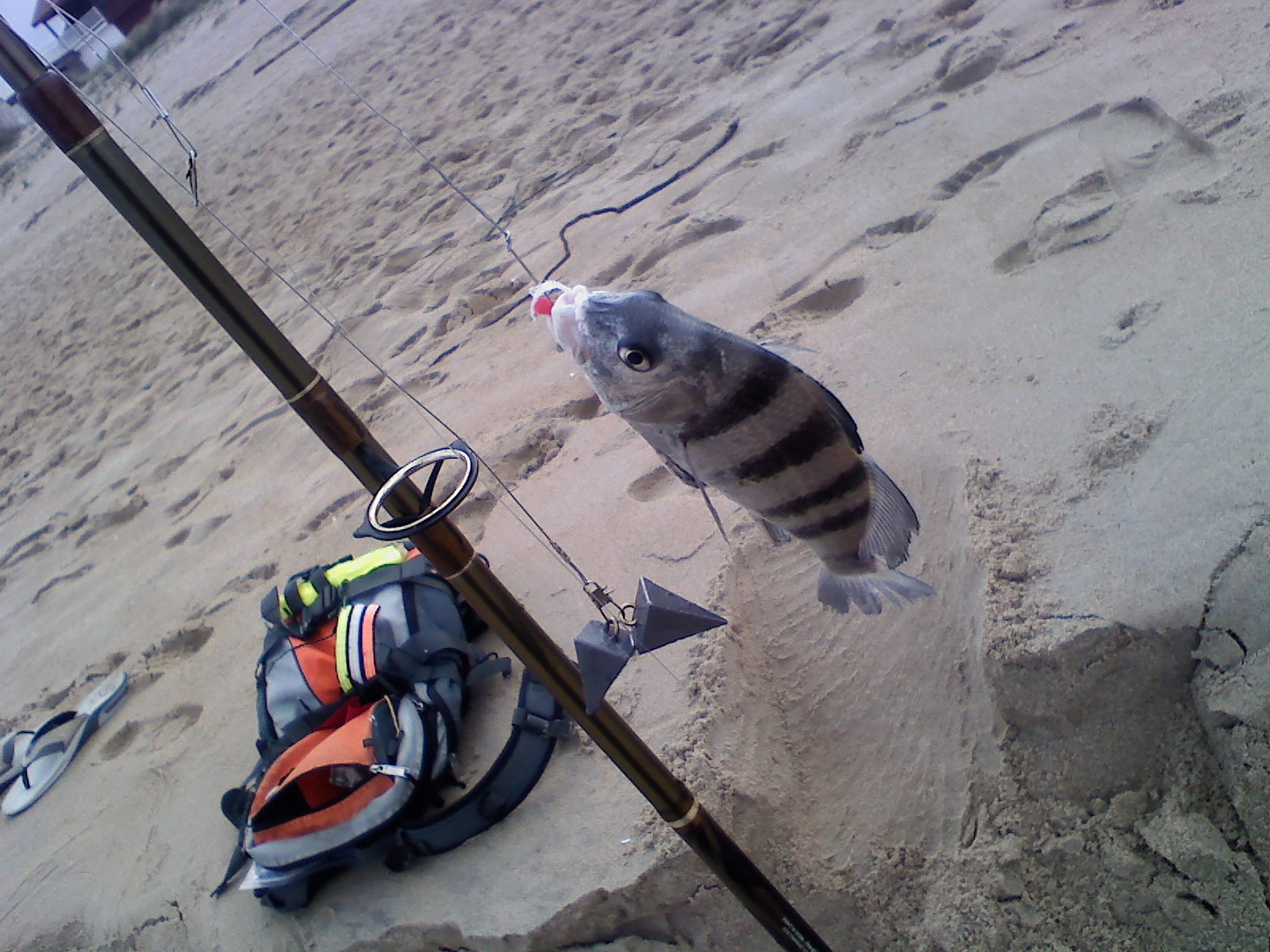 I was just starting to think about a trip to Ottawa for their big winter festival in February. Could Megabus to Toronto, train to Ottawa for a very reasonable cost. I just might need to do that, now.

Much of my father’s family is from the Ottawa area, so I’ve been there easily a dozen times. Even in the 1980s they had made a pedestrian walkway of an entire street for a couple of blocks. Imagine Market and 6th Streets in Pittsburgh devoid of vehicular traffic.

I know I took photos of trips there in 1986, 1992 and 1993, the latest focusing on informative bus stop signs that told riders when the buses came by. Up-to-date ones.

Will post ’em if I can find ’em. I think they had an integral bike rack, too.

Stu, this is probably the pedestrian mall you are referring to, now with Bixi Bikes! Also, Sara, if you do take that train trip, think about heading the rest of the way out to Quebec City, the old city in the dead of winter is absolutely amazing (not my photo). 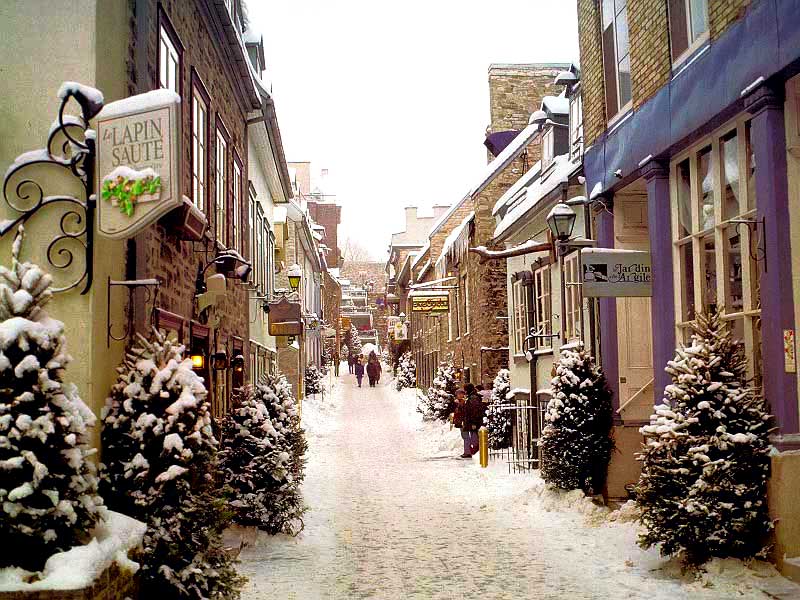 @Edmonds, I was actually thinking about that. I could even make it a loop trip, combining megabus and train that would look something like

Or I could just stay in one place for a few days and soak up the culture and ambiance!

If you do go to Ottawa, please note that OC Transpo, their metro transit system, removes the bus bike racks at the end of October [link].

Research necessary here. Either I’m missing something, or they are.

what on earth? remove the racks from the buses for six months? in what universe might that make sense?

also, on an unrelated note: are summer cows different from the rest of them?

They probably replace the racks with snowplows or something

I was in Quebec City in Feb (and slept outside in the balmy -25C weather), it was a cool place. I remember walking by clubs where all the kiddies were standing outside smoking in t-shirts and miniskirts despite the cold – I thought that was pretty hardcore.

I also remember seeing road maps on the TV where I think green was “clear”, yellow was “snow-covered but passable” and red was “we haven’t gotten to it yet”. Damn they had a lot of snow there.

Ottawa is 3 or 4 degrees colder than Minneapolis in the winter – and gets a tetch more than twice as much snow.

Think about a few snowmageddons every winter – occasionally punctuated by some real snow.

You see doors on the second floor with no stairs to them up there? Not an accident.

So, while I don’t agree with taking the bike racks off, I can understand it.

I’m guessing that over the next few years, an exponentially expanding bike population in Ottawa will discover studded tired and advocate for winter bike racks.

Removing the racks might protect them from road salt too. Seems reasonable if there are currently very few winter cyclists.

Could Megabus to Toronto, train to Ottawa for a very reasonable cost.

There is also Megabus’ Canadian counterpart, conveniently also named Megabus. But they are on a different system than the US version. You can connect at Buffalo or Toronto. http://ca.megabus.com/default.aspx

Update: On further inspection, Megabus Canada does not go to Ottawa, alas, though they do go to Montreal.

Just got back from two weeks in France, which was exceedingly French, figured I’d post a word here… (I always thought Ottowa was the dorky little useless sister of Toronto, I may have to revise my perception.)

While I know Paris quite well, it’s quite flat, has a lovely bike-share program, clearly marked bike lanes, and all the concierges at the hotels encouraged me to rent a bike to ride down Champs Elysees (eet ees zee on-ly way to see zee Arc de Triomphe, bien sure!), I never got up the courage to attempt a two wheeled venture into Paris traffic. A discussion with a Parisian finally defined my general sense of foreboding – turns out the sane locals all walk, take the metro, or bus. Only crazy people, professionals, and idiot tourists drive in Paris. Cars or motos. When they “pull over” for any reason, they always do it IN the intersection, diagonally blocking two lanes with their confusion or waiting for some mysterious event to occur, resulting in an instant traffic jam.

Wasn’t happy about coming back (they really could have tried harder on the bread for the flight from PARIS, come on), but while waiting to be picked up at the PIT airport, saw a bike cop patrolling the pickup lanes. REALLY made me happy.

I will no longer drool over any cycling infrastructure in Paris. It is purely for the sadistic pleasure of cafe customers to watch the gruesome results (which is surprisingly entertaining, I admit).

See, now you just make me want to go ride a scooter around Paris, that sounds like my kind of fun. Then Saigon.

I rode a bike in Paris when I was like 14, when I get a whiff of diesel exhaust under certain conditions, my brain still registers “Paris”.