One more thing I noticed about phone uploads. Well, two things.
One, you have to wait for the whole photo to upload before pressing “submit”.
Two, I start with uploading the photo, and then start typing the text, because of One.
I suspect that that is what happened here.

We’ll give you credit for trying!

Maybe someone could post instructions (for Android, iOS) on how to do it, mentioning apps and other detail. Or, hey, just make a YouTube of it…

Firefox 32 for Android on Android 4.4:
Log in to Bike Pgh.
Click image icon just above text box.
You should get a box labeled “image URL” and buttons “Apply image” and “Upload an image”. Click the latter.
You should get a dialog with choices Camera, Camcorder, Documents.
Use Documents if you already took a photo, maybe cropped it, and select the image you want.
It should then insert some HTML code in the edit box as shown, and list the image. Then click Submit. Sometimes, I click on upload image, and it generates the file name that I (or my camera) has assigned to it. But, only the “sample” code that appears in the photo you pasted above, “including the reference to [] etc, appears in the BP text box, and it fails to capturing the details of MY image.

And, once uploaded, you need to remember to “apply” the image.

I don’t know how to experiment with this without pissing off a bunch of people with RSS feeds with lots of “message has been edited” notes.

Oh well, I’ll think about trying again some other day.

If you don’t want to experiment on this site, try uploading a photo to the format conversion site Zamzar. If you can get that site to read your .jpg files (they are .jpg, right, not some raw format?) and convert them into another image format like .png, that points to an issue on this site. If not, it could be your phone or its browser have some problem. Zamzar might even provide an informative error message.

Well that round didn’t get much play. Stu is one tag setter (for the infrastructure) by default. Had to do the random # generator 3x to not get Stu again. Out of three submissions for aromatic, it finally selected Rusty Red.

Beautiful weather for the next several days… hopefully we’ll see some more participation.

I had difficulty getting to the intersection I wanted to highlight as deficient. Excuses, excuses.

I’m still on a homonym kick.

Just in time for Oktoberfest:

I’m too picky. I like my photos to be something novel. I’m lucky if I can find an appropriate shot within a week… thus my infrequent posting. It doesn’t help that I’ve been riding less frequently this summer. :(

Wait, who’s picking the other tag? Am I doing both?

“Wait, who’s picking the other tag? Am I doing both?”

No, Stu sets the second tag.

We have lots of walls. Tall ones, short ones, new ones, ones that have murals on them, ones that still have a century of soot on them, walls that are tilting, walls that are halfway collapsed or very nearly so, and walls that look like someone took a sledgehammer to just this afternoon.

Pick something that looks interesting or has a neat story behind it, and post away! It’s where I like to pause for a snack or drink sometimes after coming up the Junction Hollow Trail. Sometimes I sit and evaluate traffic to decide which way I want to go from there. Back when that hill used to kick my behind I needed this spot just to catch my breath.

This has to be one of the the worst names ever. 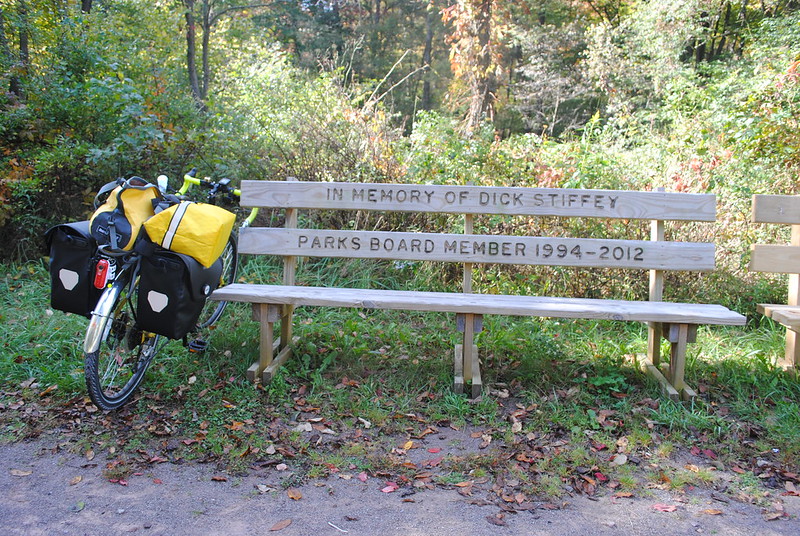 Walls of the Big Savage tunnel: 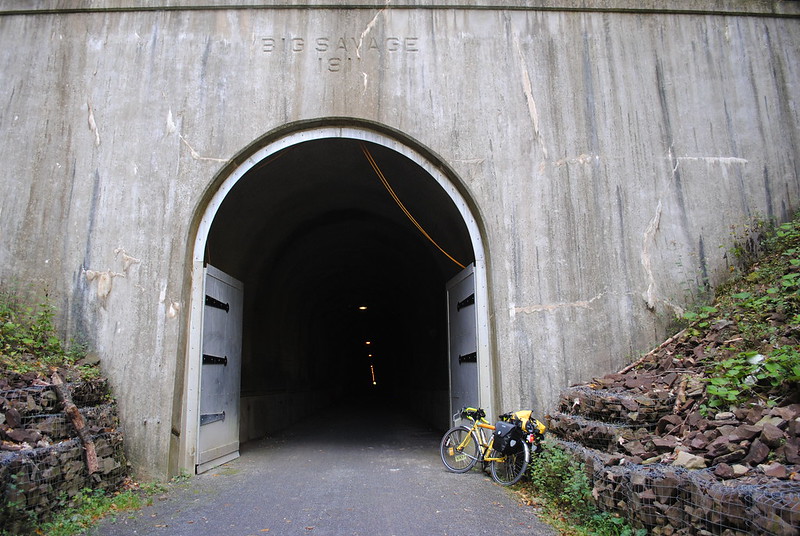