Ok, I just noticed that the Nat’l Bike Challenge thread got shut down.
I didn’t really try to perform an exegesis (nor would I want to) but I didn’t really catch why this was done. It’s not like it got infested with some white supremacist mud-slinging (or whatever it was on that other thread), at least that I could tell.

I mean, it’s ok to shut a thread down when it fails or if it’s worn out its welcome, but it would also be nice to have a final message that explains what happened. (What did happen?)

Dunno, *shrug* but it was a thread I started and it looks like all my posts are gone.

TeamDecaf wrote:—->> Holy crap, Ahlir, I had to look up exegesis. It’s not exactly in my typical patois. < <—

I think Ahlir is secretly a Wecht. (a compliment for sure, politics aside)

I was wondering about the NBC thread as well.

My employer put out a message on the company intraweb about the NBC and now we have a legitimate group formed on the site. Slowly making our climb up the leaderboard, very nice to see.

i wondered the same thing myself about the NBC thread… especially because i wanted to add that this qr code might be helpful in getting peoples point totals to show up on their phones: 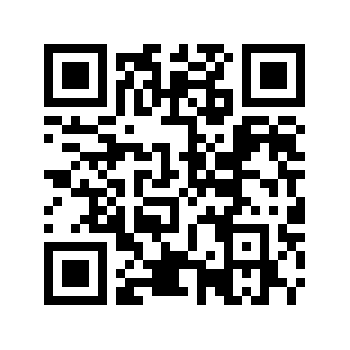 (theyll still need to login, though)

Is this the NBC stealth thread? Anyway, don’t tell anyone.

I originally was curious about how Pittsburgh (the city) was getting beat by the rider(s) from Presto and Wilmerding. I know that this has to do with the population-adjusted scoring scheme, but still. This means that had I planned ahead and moved to a small town (preferably with population of 1 or 2) I would, like, totally dominate the charts. Instead I’m just hanging on, somewhere down in the hundreds.

At least now I know that there’s a Presto in Pennsylvania, maybe to go with Intercourse (or, maybe, not).

The BikePgh battle of the bikes (or whatever it’s called) page on Endomondo (and is that a play on the word endomorph?) has a pointer to the corresponding Cleveland site. Over there the postings have taken on an edge of desperation:

Meanwhile, on the Pittsburgh page, the posts are about getting people to pay attention to their spelling and about how to get free beer.

Presto is a village in Collier Township, just north of Bridgeville. Google estimates it as about an 11-mile ride to Downtown, one-way, so if someone out there is commuting to an office in the Triangle, that’s 42 points/day right there…

My own (direct) commute is 1.63 miles (according to the Endo). But since that just doesn’t feel right, I try to do 4-5 miles in each direction. I would do that anyways, not because I’m intent on beating CLE, but because I like to bike. Also, I like beer.

To be fair, CLE cedes the wisdom of using free beer as a motivational tool.

“Pittsburgh’s Pedal for Pints is ‘effin brilliant…. nothing gets a bike out the garage like free beer”